In Conversation: Ella Isaacson and R3HAB

New York singer-songwriter Ella Isaacson and Dutch-Moroccan DJ/music producer R3HAB are two talents who found their way into K-pop through distinct artistry. The pair, who have previously worked together with R3HAB whipping up a remix of Isaacson’s track “Expectations” featuring Gallant, come together to chat about what they’ve taken away from working together and their respective times in K-pop.

From Ella who established herself as a fresh face in K-pop with her work writing on hit music including Aespa’s “Black Mamba,” to R3HAB who has crafted remixes for the likes of (G)-I-DLE, they have both found a space for themselves on a global scale, both within K-pop and outside of it.

Chatting to Notion, the pair delve into their individual experiences with K-pop, on their collaborative dynamic, what they are currently working on and much more. 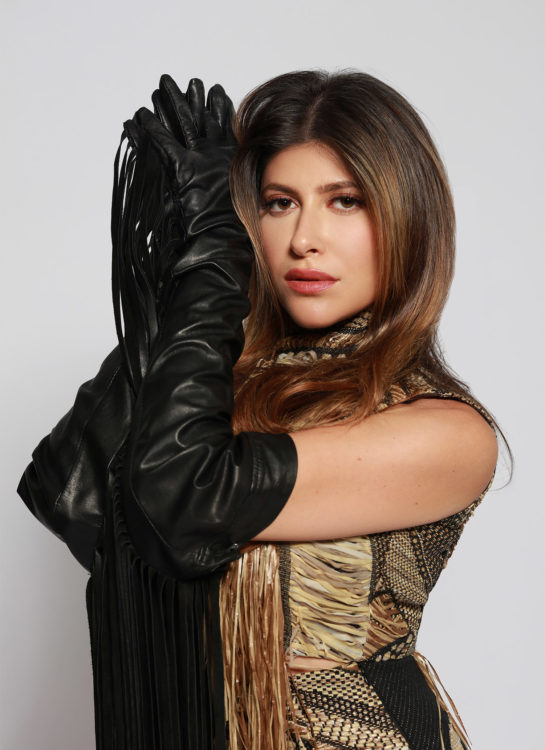 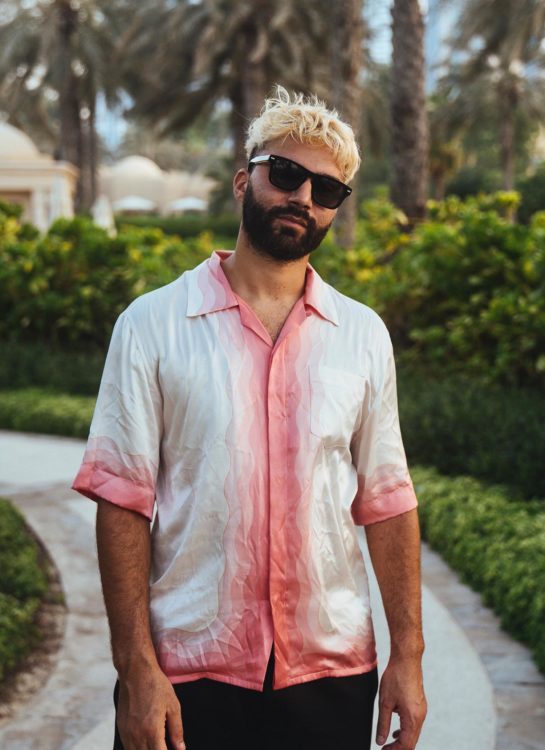 Both of you have worked within K-pop music. Can you tell me a bit about the experience of coming into K-pop in your own ways from your respective sonic backgrounds?

Ella Isaacson : I fell into working in K-pop by accident but it’s been the happiest accident ever! The first person who ever told me about the genre was Andreas Oberg, who I met when he was randomly seated next to me on a plane. A few years later my next exposure really came when I went to Seoul to write in yet another random turn of events. So much about what is happening in the genre really spoke to me from the music style to the larger than life visuals and the music influences. Growing up in New York, a melting pot of culture, has always excited my naturally curious nature and desire to learn about other cultures.

R3HAB : I’m a fan of working with artists from different backgrounds and music cultures, and it’s not a secret that I’m a big fan of the vast and quickly growing Asian music market. My experience with K-pop music specifically is that these artists are masters of matching their brand with their sound. On top of that, these artists have an outstanding vocal technique that makes these collaborations especially fun for me.

What’s something you learned about your own artistry in being exposed to the K-pop world?

R3HAB: A key part of being a successful artist is understanding your audience. Few genres have that figured out as well as K-pop. These artists really understand their audiences. I believe the Idol culture is the ultimate example that they understand the market and know how to feed it.

Ella : Definitely the fan dedication and involvement. I really hadn’t seen anything like that before. And I’m totally with r3hab on this. They truly understand their audience and what it wants and I think that that’s had a lot to do with why their fandom is one of the strongest in the world.

What’s one quality or skill in each other that inspires you?

Ella : In a world that’s constantly pulling artists in a ton of directions with temporary trends, he knows who he is and is so focused. He really does things his own way and ahead of the curve which I find so inspiring. From the minute we met I think we saw something similar in  each other which is a love for great pop music and dedication to the craft.

He was probably the first person in the industry to tell me that he really saw my talent and how hard I worked. As an artist and songwriter just starting out that meant the world to me and gave me a lot of confidence to keep doing what I was doing.

R3HAB : Ella has an honorable work ethic, she never gives up and knows how to chase what she wants.

Can you describe each other’s music in three words?

If you could work together again, what’s a genre or sound you’d love to experiment with?

Ella: It would be an honour as always! I trust R3hab and his sensibilities so I know that whatever we make is going to be a pop banger. I wouldn’t mind experimenting with some cool guitars

In terms of sonic evolution, how have you both evolved? Where do you see yourself going from here?

Ella : I feel like I’m evolving all the time with every release and body of work. A big shift for me in the last two years has been incorporating a lot more classic, organic and vintage sounds into my songs.

R3HAB : I never stop experimenting, and I continually partner with new collaborators and creatives in order to keep learning and expanding my horizons within the music world. I never want to stay in one sonic space for too long, as there are so many areas to discover and expand.

Tell us a bit about your new music or what you’re working on.

Ella : Covid-19 brought me back home to New York for a few months while we all were trying to figure out what was happening in the world. I had just gone through the worst breakup and go figure the world was turned upside down along with me at the time. I found myself falling back into more classic music like Billy Joel, Queen. And that has really influenced the music I’m making now; my upcoming and current releases talk about that relationship which was my first real heartbreak that changed me in so many ways and there Is definitely a nostalgic vibe to the songs.

R3HAB : Lately I’ve been focusing on my core again, which is dance and club songs. And I’m planning on continuing to release more in this lane with artists that I really admire. Stay tuned.

Who inspires you both professionally but also on a personal level?

Ella : Adele, her honesty with her fans is beautiful and her ability to protect her own right to be a human being in addition to her job as a worldwide talent, I have so much respect for that. I can feel from watching her that she goes and lives real life and comes back to share with her fans what she’s learned. She’s not chasing a moment; she’s being herself and sharing her story in her own timing on her own terms.

R3HAB : I recently collaborated with Afrojack on our record “Worlds On Fire” which re-confirmed to me that he is an excellent professional, who still knows how to have a good time and keep the work environment healthy.

What’s the biggest challenge of the music making process for you? What part of it do you enjoy most?

R3HAB : My biggest challenge is getting the final 5% of the record right. The 95% before that is expansive, open to any direction and inspiration. It’s the last bit where you have to dot the i’s and cross the t’s to hone the record in that requires the most attention.

Ella : There’s a lot of stages a song goes through before it arrives to our Music store or streaming service. I have the most fun in the room making a record and storytelling, but I’ll once again agree with R3hab, finishing can be a challenge and can require wearing a lot of hats, and by the end records can go through a lot of detailed mini shifts before it is ready but when it is it is the most satisfying feeling in the world!

Stream their track below: 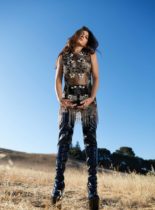