In the Mix: Sigala

World-renowned producer, DJ and artist Sigala shares his latest collaboration with Rita Ora "You For Me" and creates an exclusive mix for Notion.

Since his debut in 2015 with Jackson 5 sampling “Easy Love”, Sigala has wowed the world. Eight of his tracks have climbed the Top 10 Singles Chart, reeling in collabs with Ella Eyre, Kylie Minogue, and James Arthur, and sending him globe-trotting across all continents to perform for ardent fans.

Also named Bruce Fielder, Sigala started out on piano and was hooked by funk, soul, and rock as a teen. He was a member of several unsigned bands, not finding his groove until he hit upon his signature electronic, dance, and house sound in 2015.

It’s been 6 packed years, with “Sweet Lovin’” swiftly following, and “Say You Do” with Imani Williams and DJ Fresh, “Give Me Your Love” with John Newman and Nile Rodgers the year after Sigala’s breakthrough. ‘Brighter Days’, the Norfolk-born artist’s sun-drenched first album, was the highest-charting dance album of 2018.

With a sophomore album up his sleeve, Sigala has returned with a Rita Ora collab, “You For Me”, co-written with pop power-force Charli XCX.

We caught up with Sigala about working with the pop pair, first getting into dance, unusual gig locations, plus the DJ-producer has created an exclusive mix for Notion. Jump in!

What was it like to work with Rita Ora? Has this collaboration been a long time in the works?

It was amazing. She is an incredible singer, and we have been wanting to release something together for a long time. Although we had worked on stuff in the past, we hadn’t released a track. It was just the case of waiting for the right moment for both of us – “You For Me” was undeniably that moment!

What was the creative process behind “You For Me”, and what did you feel Charli XCX as co-writer brought to the table?

Charli was the mastermind behind the original song. She was also the link to get Rita involved as they had worked together in the past. I worked on the track for a while and it took a bit of time before we knew who to put on the song. When Charli got Rita involved, it was a done deal!

You’ve mentioned the need to keep your music fresh. What were the new influences for this track that made “You For Me” feel exciting?

It was actually more of a look back at my earlier stuff and the music that was around when I started Sigala. Music seems to have gone full circle and that sound is coming back now – a throwback to classic piano house bangers.

How do you go about creating your signature summery sound?

I always start at the piano and see what comes naturally from there. Those feel-good summer vibes are where my head always goes to! I don’t have to think too much about it.

You’ve said that your earliest musical influences were soul, funk, and rock. What was your progression from there toward creating dance and house music?

Probably getting a sub-woofer in my 1988 Vauxhall Polo! And that was around the time when I started listening to bands like Pendulum, Sub-Focus, Prodigy, and Chase & Status – my first love for electronic music really started from there. I started making music when I listened to those bands.

What have been your most memorable collaborations so far and who do you hope to collaborate with next?

Nile Rogers was a dream as he has always been an idol of mine – so many people I still want to collaborate with. Ed Sheehan are you up for a song?

Where have been the more unusual or off-the-beaten-track locations where you have played live plus where are you excited to go next?

The most unusual was probably a Frat Party at a university in America… I’m excited for the next Frat party!

With such a huge fanbase, is it ever difficult dealing with pressure when releasing new music?

I try not to think about that and not to put too much pressure on myself. My aim is to make music I enjoy making and hopefully that translates.

What can you reveal about your upcoming album?

Club bangers front to back, and a whole host of exciting collaborations. I can’t wait to share it!

Talk us through your mix for Notion. What was the inspiration and thinking behind it?

I wanted to create an uplifting, summery feel-good mix. This is a collection of my favourite tracks from the last year that nobody has heard yet in the clubs. Hopefully, we will soon this summer! I hope everyone enjoys it. 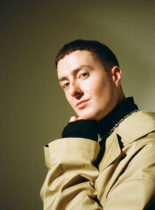 Behind the Scenes of “Barricades” with Netsky and Rita Ora 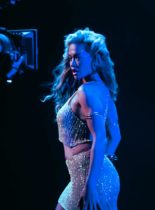 Dive in behind the scenes of Netsky and Rita Ora's new music video. The duo paired up for Summer track "Barricades" melding Netsky's signature production style with Rita's captivating vocals. 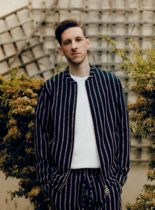 "Easy Love" and "Wish You Well" hitmaker, Sigala, picks 10Trax that he's got on repeat the moment, as his collab with James Arthur continues to soar in the charts.