Jacob Banks and the Priority of Finding Peace

“I’m someone’s son, friend, brother. Before ‘Jacob Banks’ there was Jacob, and he needs his own place to go”. 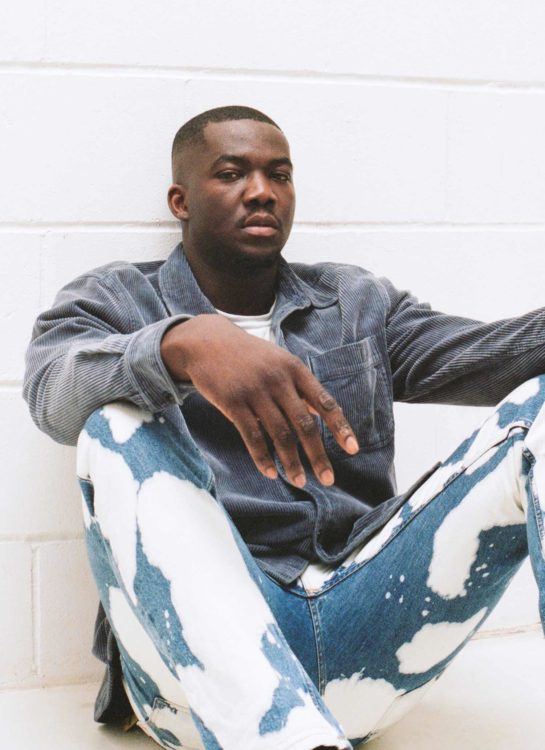 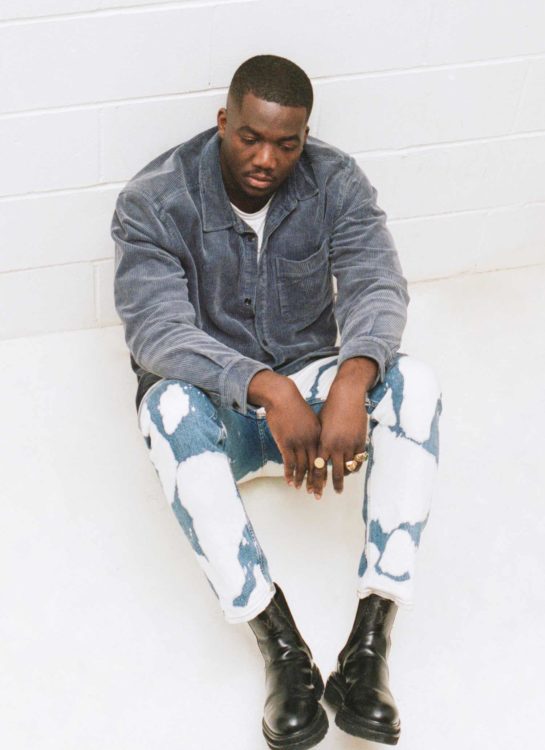 With honesty at the core of his creativity, Jacob Banks has been defying convention since his debut in 2013. A macrocosm of experience, his poetic, boundless approach towards writing has earned him significant reputation as a trailblazer for freedom of creativity, capturing the hearts of a steadfast fanbase along the way. Previously collaborating alongside Ghetts, Grace Carter and Seinabo Sey, his latest instalment “Just When I Thought” marks significant development in style for the Birmingham-bred, Nigerian born artist – with his signature baritone vocals feeling like “an instrument more than ever”. With a US tour marked for the summer and an album in the pipeline, I was intrigued to hear Jacob’s perspective, and to gain insight on how he’s navigated the last 12 months.

From the moment we started talking, Banks exuded warmth and gentility, self-assurance balanced by palpable humility. A spiritual soul who possessed the ability to articulate the depths of his subconscious in a matter-of-fact fashion, a mystery you can relate to – the enigma-next-door. 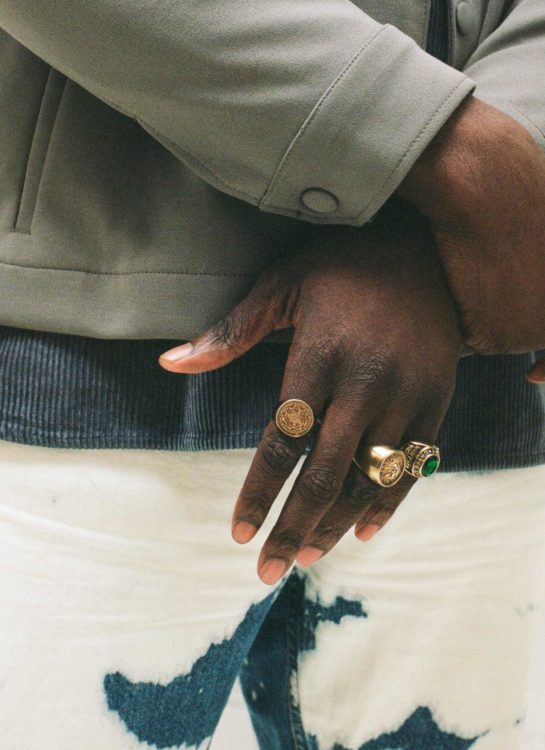 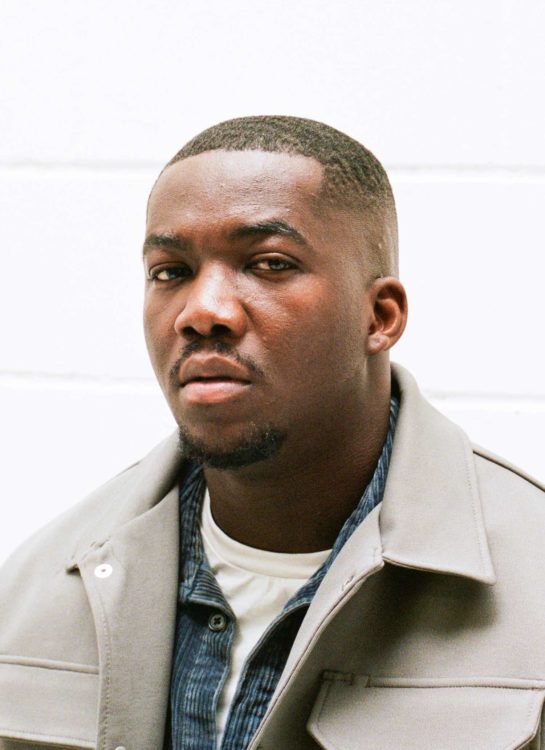 Marking a year anniversary since the landing of his EP ‘For My Friends’, I wanted to get a sense for how Jacob felt to be releasing again – especially given the never-ending whirlwind we’ve collectively found ourselves in post pandemic. “I feel like I have stuff to say, that’s the indicator for me” he explained. “I’m settling into my 30s and accepting my role, settling into a place where I’m not chasing anything”. When asked if this settled state came as a result of his creativity being out in open or the act of writing itself, he simply smiled and shrugged. “When I’m writing I’m just writing. It wasn’t planned, I just looked up one day and had some music that I wanted to give up whilst the feeling was strong.”

This nonchalant, yet endearing stance somewhat aligns with what people have come to know and love about Jacob’s artistry; his ability to craft vast, genre-less soundscapes interconnected through forthright lyricism – no formula, just an overarching feeling. Though a seemingly fluid development, allowing himself space to curate these subconscious sonics required several calculated decisions, as he admits to ensuring his validation doesn’t rely on his creations. “I’ve made sure that I earned and lived life outside, so when I come to play with music I’m just coming to play. That’s what has allowed me to be free, I’m not looking to take anything, I’m here to contribute and keep people company – come what may.” 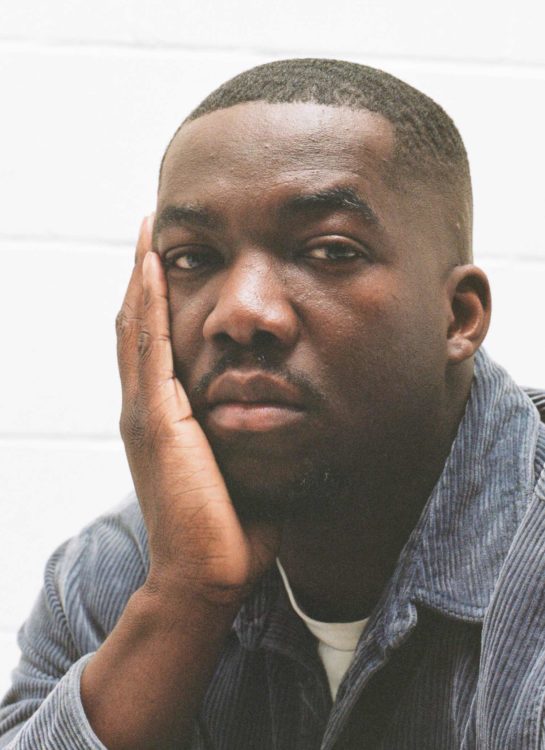 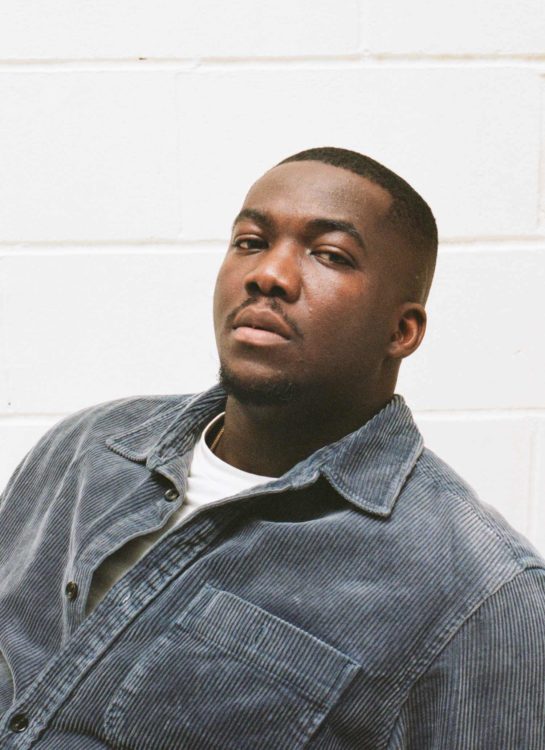 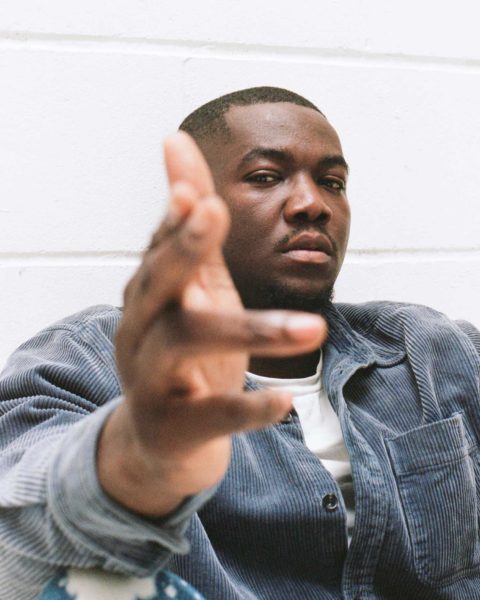 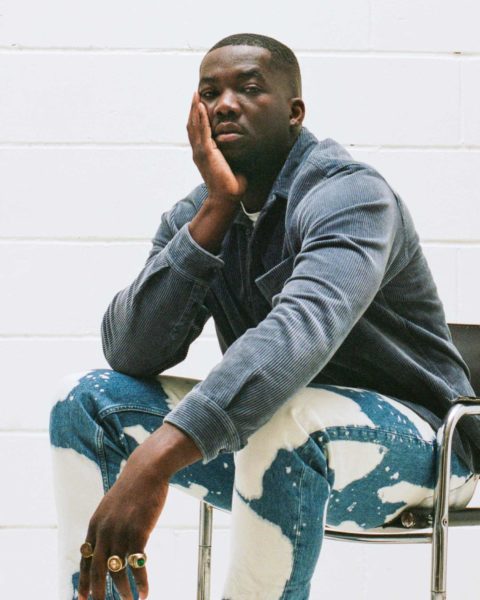 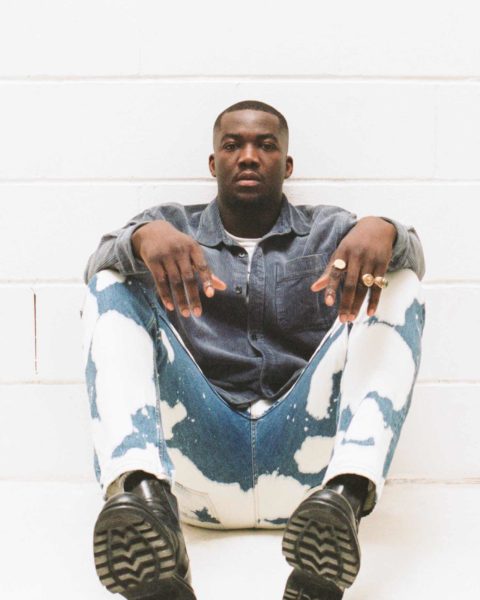 Though writing from the heart isn’t a new premise, it’s this intuitive freedom that sets Jacob apart from his contemporaries. Feeling he had “nowhere else to go”, finding music was a way of not only documenting the depths of his mind, but as a way of making peace with his emotions – regardless of whether he likes the product. As he explained, “whenever the story is out there, it doesn’t have power over me, it’s not living inside of me, it’s no longer my cross to bear.” It was becoming apparent that finding peace within himself was a priority. “As much as you make peace with hurt, you should make peace with joy,” he professed. “You’re not defined by wins or losses, so I let go of everything and hopefully someone can hear it, reminding them they’re not alone – that their experience isn’t that unique. It’s cheaper than therapy,” he laughed.

The subject of duality within emotions is outlined in his most recent track “Just When I Thought” – an arresting offering with an oxymoronic storyline, a sonic dance between power and surrender. Banks began to explain how his influence came from the fact that “emotions have two ways of looking at them,” and how he has resistance towards selling only one possible perspective as a musician. “You don’t have to be one or the other,” he stated, “you can be both simultaneously. I wanted to celebrate the feeling of things being out of your control, but you’ve made peace with it. Human beings are multifaceted and can take so many things from one emotion. I wanted to create a space where people can feel seen no matter which way they want to float.” 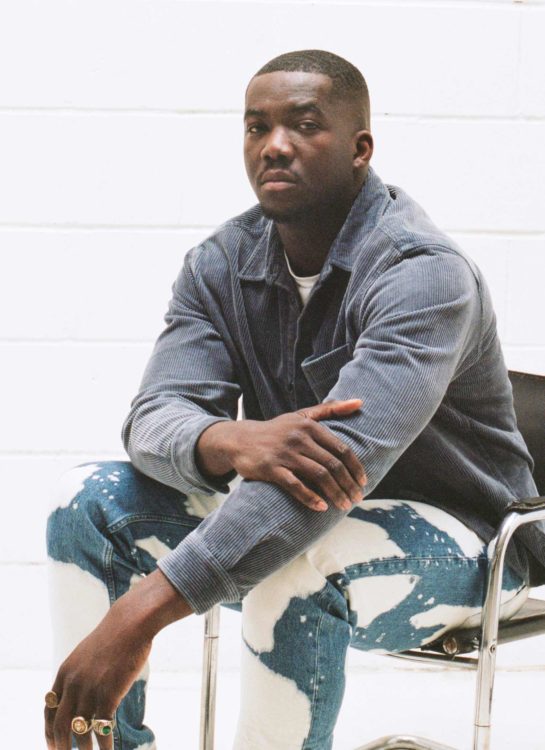 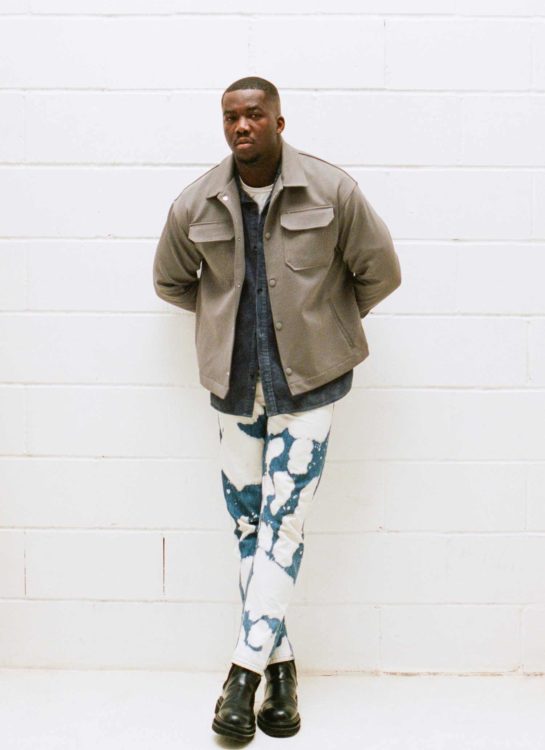 With the track’s lyrical content subtly connoting direction towards something greater [“kingdom of heavens”; “I don’t mind the sirens, cause at least they bring me guidance”], it’s clear how faith has not only had a big impact on Jacob’s artistry, but also his existence. Growing up in a gospel environment, he describes how his religious roots evolved into the adoption of a more spiritual principle, as he came to believe that “religion segregates people, I don’t trust humanity enough with it. I trust spirituality. I believe there’s something pulling us, it goes by many names, but something has to be responsible is for all of this.”

Though faith in music has always been a constant, it hasn’t always been smooth sailing. Describing the internal battle he felt in the process of accepting his age, Banks explained how at times he would try to supress this phase of his creativity for fear of being judged: “I was always scared to put a choir in my music, because I thought that if I did that people would say, ‘Oh my God, he really is 60,’ he laughs. “But as time went on, especially during Covid, I was just so drawn to Sister Rosetta, Al Green, Sam Cooke – soul music was calling me. I wanted the challenge of making it my own in a way that didn’t feel like something I was afraid of.” 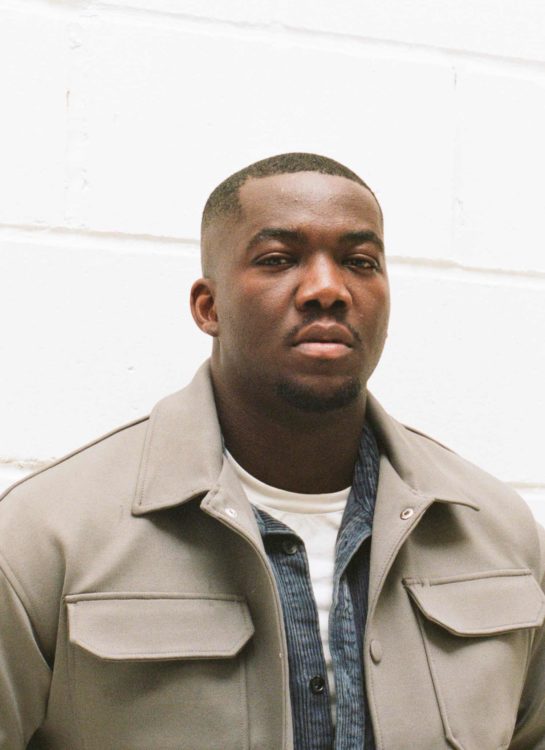 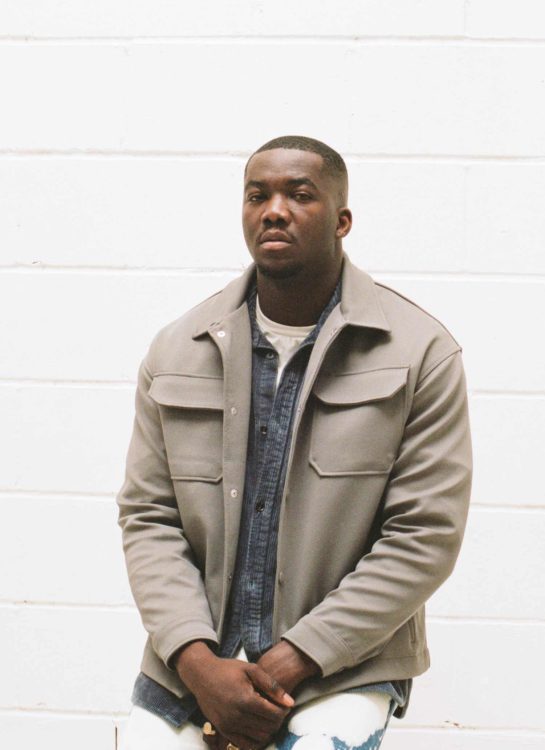 Navigating life as an artist amidst a fire-breathing industry can be perplexing, yet Banks describes the dis-ease with such ease. Unbothered by following algorithms and labelling what he does, this new phase is the peak of his evolution thus far. No longer “running away from being the old guy”, “Just When I Thought” encapsulates Banks’ newfound freedom, whilst enjoying the nuance of his signature, baritone vocals; “Not being in charge of the music, but part of it”. When asked for a final word, Jacob simply states: “This album, if it goes well, it should feel like a hug. Everything else has felt like a fist, this feels like an embrace.” 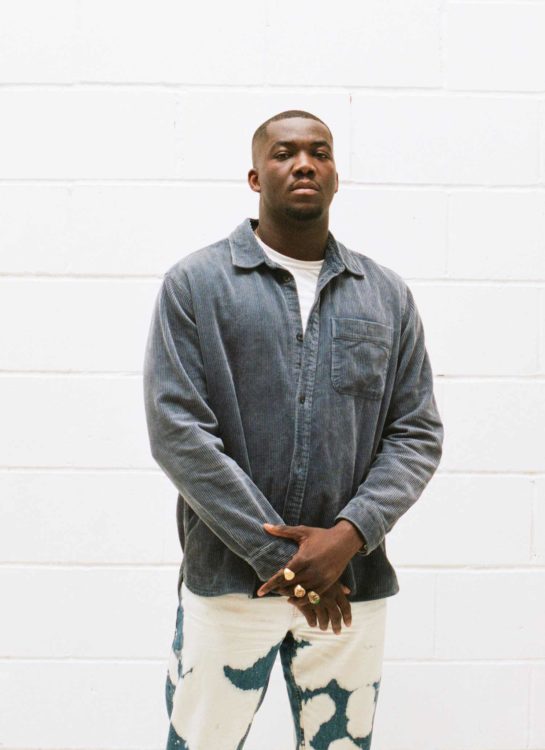 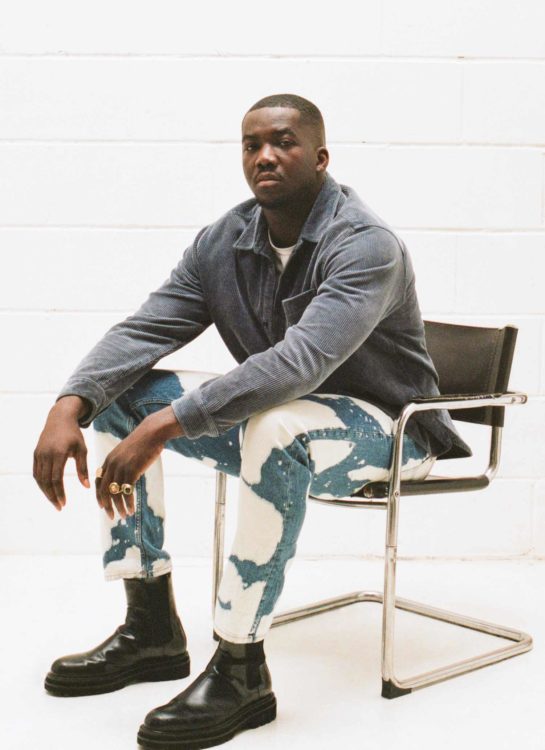 Listen to "Just When I Thought" below: 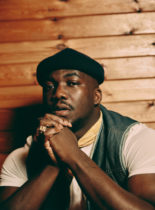 Singer-songwriter Jacob Banks offers a cathartic release on his soulful new EP, ‘For My Friends’, and picks 10Trax that will have you vibing no matter what your mood is.