The Everlasting Impact and Influence of Jamal Edwards MBE

As SB.TV founder Jamal Edwards MBE tragically passes away, Notion looks back on his everlasting impact on the music industry

Jamal Edwards’ presence will always be felt – not just in the music industry and by the artists whose career he kickstarted, but by countless music lovers in the UK and beyond.

In memory of Jamal Edwards, we look back at the self-made entrepreneur, director, author, DJ, designer and philanthropist’s career journey, and celebrate all that he has achieved.

West-Londoner Jamal Edwards’ future media success is kickstarted aged 15, by a gift from his mother, a singer and current Loose Women presenter. She gifts him a video camera that Jamal uses to film his friends rapping and performing. He has a passion for music and young talent and Jamal’s rap name at the time is “SmokeyBarz”. This is the root of the acronym that comes to form the title of his new YouTube Channel: “SB.TV”, where he starts to upload his videos.

Much to Edwards’ amazement, the videos begin to rack up thousands of views. He also starts filming interviews and impromptu performances by well-known musicians outside clubs and hotels, and SB.TV’s online traffic continues to rapidly grow. He’s been working at Topman since leaving school, but is able to leave and concentrate on his YouTube channel full time.

Crazy this was released 8 years ago to this day. One of my early career highlights where things started to get serious. Was such a mad moment to be in the first UK Google Chrome advert alongside Justin Bieber & Lady Gaga which helped take things to the next level.. #SelfBelief pic.twitter.com/IwrPJ3bjId

Described by Edwards as an “early career highlights where things started to get serious”, in 2011 he’s featured in an advert for Google Chrome that outlines the rise of SB.TV. The ad caused the SB.TV site to crash due to the traffic, and it became the second-most popular UK YouTube video of the year.

By 2013, at the age of just 23, SB.TV is receiving millions of hits and the business’ monetary value comes from taking a percentage of YouTube’s advertising revenues for adverts that are linked to its videos. To make this happen, Jamal had contacted YouTube to see if he was eligible for a share of advertising revenues. They turned him down three times, but YouTube ultimately agreed once he proved that all the videos he was uploading were original content made by Jamal himself.

Edwards in 2013: “My first YouTube cheque was for a couple of hundred pounds. So I said, ‘Look mum, I have earned money from YouTube.’ “But my parents were like, ‘That’s not sustainable income, that’s not steady.’ But the cheques have just got bigger and bigger. The more effort I put in, the more views the videos get, and the more advertising revenues I get back.”

Also in 2013, he writes and releases an e-book, Self Belief: The Vision: How To Be a Success on Your Own Terms and is chosen as an ambassador for the youth charity The Prince’s Trust, run by Prince Charles to help young people to set up their own businesses.

In the couple of years that follow, Jamal gains further recognition for the growth of his influential media channel. In 2014 he’s listed as number 2 in The Guardian‘s ‘The Top 30 Young People in Digital Media’; TIME magazine named Edwards as one of their “Next Generation Leaders”; he’s awarded the Best New StartUp from Virgin Media and Virgin StartUp; and is named in Debrett’s list of the 500 most influential people in Britain in the New Media section.

This culminates when on the 31st of December 2014, it is announced that Jamal will be recognised amongst the New Years Honours. In 2015 he receives an MBE for services to music.

The Continued Growth of SB.TV and Wider Projects

In 2016, SBTV expands into a more mainstream multichannel video platform by linking with Press Association, a youth-focused news service. He also works to raise awareness about mental health, making a documentary with The Guardian in March 2017 about male suicide.

In 2019, he founded the Jamal Edwards Delve (JED) a grassroots youth-centre project. As of October 2019, Edwards had refurbished and reopened four youth-centres in Acton, and as of December 2020, more than 150 people had been helped across the four centres.

By 2020 and 2021, Edwards has worked with some huge brands, including Mercedes Benz, Primark, Hermès and GQ. November 2021 saw the launch of the the 8BARS app: a platform designed to support up-and-coming music stars. The app received investments from the likes of British rapper Nines, launching with an exclusive pilot partnership with SoundCloud.

In 2021, Edwards signed to RadicalMedia as a director, producing commercial content in partnership with the likes of Subway and Depop. He directed a series with Jake Bugg, and in December of the same year directed Ed Sheeran’s “Bad Habits” Remix, featuring Tion Wayne and Central Cee. A long-time friend of Sheeran, he shortly after directed Fireboy’s “Peru” Remix with the singer. In an interview with Ed Sheeran, the singer describes how it was Edwards that set-into-motion the now chart-topping song.

After the devastating death of Jamal, our thoughts are with Brenda today. She’s sent us this message: pic.twitter.com/EZWH3b5tcX

He Passes Away After a Short Illness

Sending shockwaves across the UK music industry and internationally, it is reported that Jamal has died on Sunday 20th February 2022. His mother Brenda releases this statement via Loose Women. 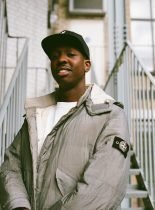 The founder of media empire SB.TV shares the 10Trax he has on repeat!