Conversating back to back, Jamz Supernova and Melle Brown interview each other as we dig deeper into one of generation z’s most influential record labels “Future Bounce”.

South London’s lady of many talents and trailblazer in all things music, Jamz Supernova will forever be heralded as one of the most influential women in UK music. Nationally empowering women all over the country, may it be by her smooth radio voice or curating her own club nights, either way, she is one remarkable lady refusing to pause.  Beginning her career on Reprezent Radio and taking over their drive time slot weekly to presenting on the UK’s biggest radio station for all things cool, her passion for her musical craft is unstoppable and infectious. Taking a hold of her path and encouraging others to do the same, Jamz is not only a badass on the decks but a co-founder of “Future Bounce” a self-made music platform pioneering a Future sound. Offering a voice to the producers and artists creating the new age of music.

Signed to Future Bounce and mentored by Jamz Supernova herself, DJ, Presenter and Radio Host Melle Brown is one jazzy chick. Crafting her own uniquely distinctive sound fusing from neo-soul, jazz and midtempo house, Melle is the soulful piece of deep jazzy house we were all missing. The 22-year-old London born artist started all things music at the age of 14. Separating her grind from creating with Camden Roundhouse Young Creatives Project, presenting her own weekly show “Brown X Blue” on Reprezent Radio and Djing all places from AFROPUNK to Parklife – Melle, just like her musical mentor, is one unstoppable fire. Releasing her brand new “Intersection” EP after the major accolades she received from her previous debut EP “Blossom” in 2017, Melle is ready to take over our airwaves again, but this time featuring special guests Intalekt, Layfull Stop, TianaMajor9 and Oli Hannaford!

With an abundance of upcoming and talented artists under Jamz Supernova’s wing, we thought it would only be best to have both ladies in conversation with each other directly from producer to artist, starting with five fiery questions from Jamz to Melle!

Jamz: The title of the EP is Intersection.. When you listen back in 5 years what chapter of your life will it point to?

Melle: A great question, and for me it won’t be any more clear of a reminder as to where I was. I am at a crucial moment in my life, deciding which path to take, and future Melle would be proud of whatever decision I make, and proud of the music and collaborations that came from ‘Intersection’ as an EP; I’ll see it as a pinpoint of the moment I transitioned into real adulthood and continued to take steps out of my comfort zone.

Jamz: You’re a massive fan of Kaytranada! If you could ask him anything what would it be?

Melle: Do you remember the time I bumped into you outside Ace Hotel (London), we had an awkward moment as I froze?

In my defence I had just finished wrapping up my headphones from listening to the 99.9% album, then accidentally bumped into someone and it was him!! He appeared like some kind of magical genie and I couldn’t believe my eyes so I just froze out of pure amazement, didn’t say a thing and he walked off!

Jamz: Whilst we shouldn’t tokenize female producers but how can the music industry better support them?

Melle: I think we should champion them because of their talents, not purely because they’re female; this should eventually balance the stigma of male and “female” music producers. Granted there aren’t many of us, so seeing us getting considered for production placements with major artists would definitely help shine a mainstream light on the amazing work being done by us ladies.

Jamz: As a producer you have an amazing ear for talent – who should we be looking out for next?

Jamz: Have you had any awkward studio sessions?

Melle: I feel like when you are working with artists who aren’t used to the tempo/genre of music you make, there is always a chance it could be awkward if I’m really feeling it and they’re not so much. I have had a couple of these moments but it’s nothing that can’t be worked through in other studio sessions! As long as you remember every collaboration is not by force, it’s all groovy 🙂 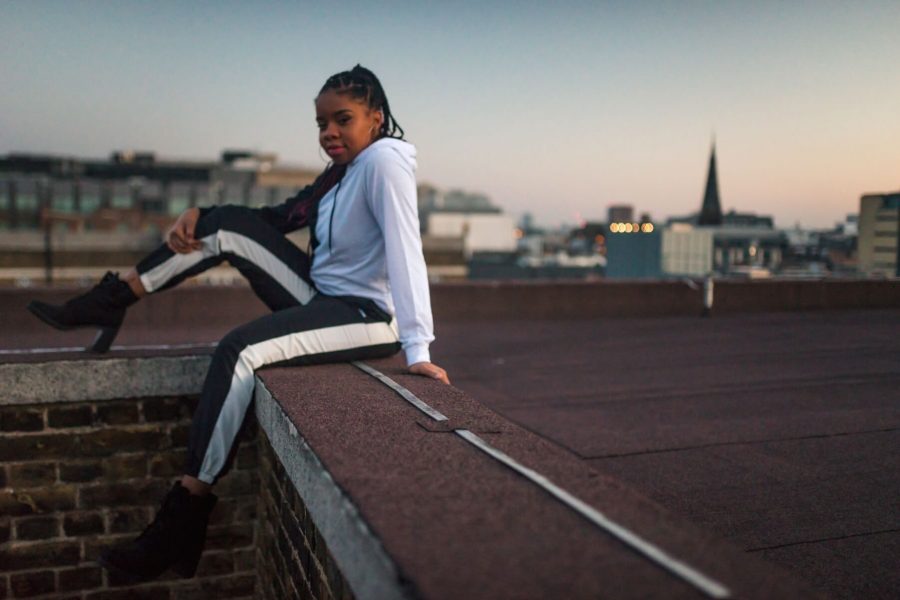 Melle: How do you find the talent to sign to Future Bounce?

Jamz: The talent tends to be artists I’ve previously supported on my radio show. It’s mostly been that feeling that I’m a fan and feel like more eyes & ears should be on the act because they’re so amazing! After that initial thought, I’ll then think what value can we add as a label & if we’re aligned we’ll sign them!

Melle: What have you learnt since running the label?

Jamz: That I’m more creative than I thought! I believed I had limited creativity and I was better drawing it out of others, but through this process I’ve learnt I do have great ideas for artwork, concepts & videos! It’s been exciting to explore that side of me.

Melle: How do you balance being a DJ, radio host and label manager?

Jamz: I have a great team, I know that sounds cliche but I really do. My partner in crime is my manager Helena – we both run the label together but she also organises my life, keeps me balanced, helps me explore new avenues! She’s the real Jamz Supernova!!!

Melle: Why did you call the label Future Bounce?

Jamz: It’s been a part of my brand for years now, it began as a radio show, morphed into a club night & has become a platform where I share content – so it felt natural to add a label arm to it! Future Bounce was once a genre Lakim used on Soundcloud to describe his record & I loved how it sounded. It doesn’t limit you to a specific moment or genre but can constantly evolve!

Melle: What do you see in the Future for Future Bounce, how do you see the label growing?

Jamz: More releases!!!! I would like us to stay consistent & keep nurturing & developing young talent. I’d like to win an AIM award for best small label! 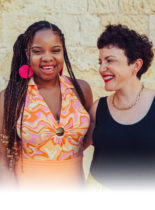 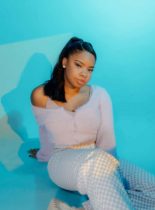 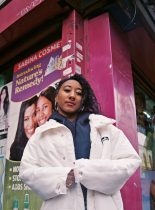