Jockstrap: “There’s a lot to be said about gut reactions”

Experimental duo Jockstrap talk about dream collaborations and juggling side projects, as well the mystery behind Jennifer B.

Jockstrap are a two-piece experimental project made up of vocalist Georgia Ellery and music producer Taylor Skye, a London-based product of industrial electronica melded with sombre folk. Meeting at the Guildhall School of Music & Drama, Jockstrap formed in 2017 and released their debut single, “City Hell ($TAYLA$ CLUB MIX)” in 2020, quickly gaining widespread attention.

Friday 9th September saw the band share their highly-anticipated debut studio album, ‘I Love You Jennifer B’. Out via Rough Trade, the album perfectly wraps up five years of work into a full-length project, brimming with distorted noise and seductive lyrics. Launched with the lead single, “Glasgow”, this track saw the band drop a snippet of their next chapter with weird and wonderful visuals. Concluding the album with hyper-charged 2021 hit single, “50/50”, ‘I Love You Jennifer B’, is a lesson in producing a concept album.

This November sees the band gear up for their first North American tour and we caught up with Georgia and Taylor before they set off, running down dream collaborations, juggling side projects, and the mystery of Jennifer B. Dive in! 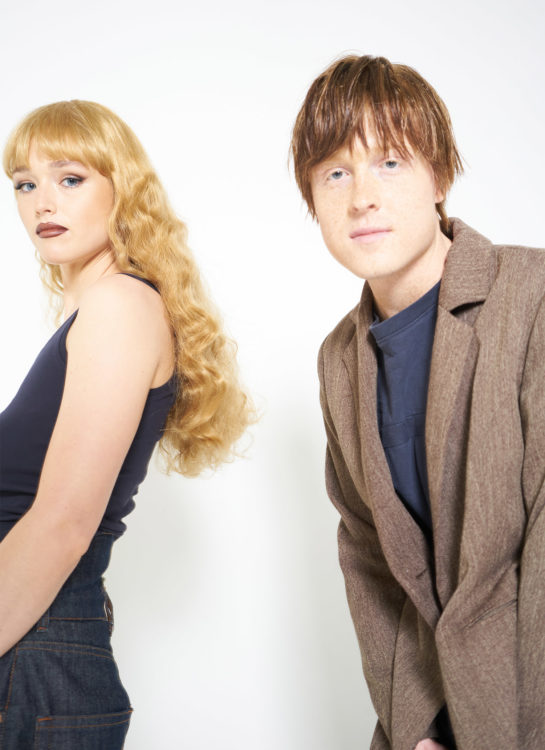 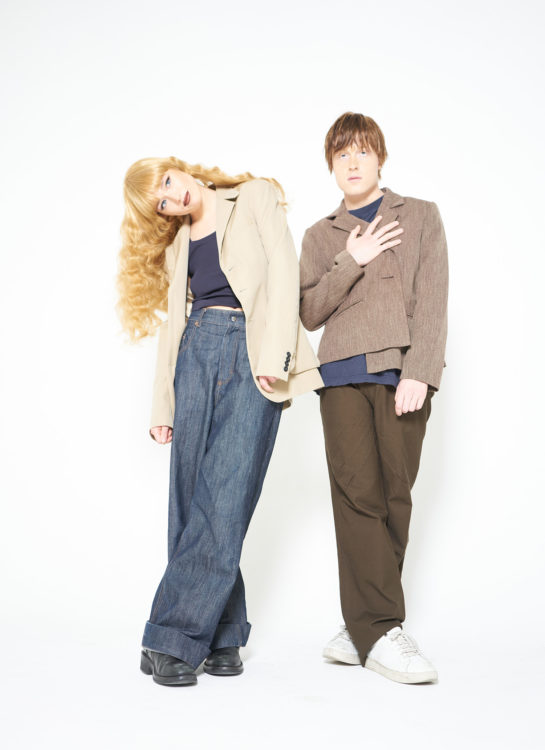 Hey Jockstrap! How are things?

T: They’re good! We just released this album and we’re currently in Carlisle on the way to play in Edinburgh. We just scraped a meal at the beautiful Thyme restaurant at the Premier Inn, narrowly avoiding a late-night Donnies.

You’ve recently dropped your debut studio album ‘I Love You Jennifer B,’ we really want to know, who is Jennifer B?

T: Jennifer B is an acronym for a manifesto we decided on at the beginning of making the album. It’s 9 words long. We’ve vowed never to share it.

This November sees you embark on your first ever North American tour – Is there a particular tour date you’re looking forward to playing the most?

Toronto, LA and New York have sold out so far, so them. Honestly, I have no idea what each state is like. I have no idea of the difference between Philadelphia and Minneapolis.

Jockstrap has been a project for the past 6 years, looking back to six years ago, where did you see yourself in the future? Was it here?

T: It was. When we began this project 6 years ago, we dreamed that in September 2022 we’d be at a Premier Inn in Carlisle, dining at the Thyme restaurant. We have a brilliant sound engineer, Josh and it’s feeling good at the moment. So we’re very grateful.

I understand that ‘I Love You Jennifer B,’ was 3 years in the making. In-between that time, was there any debate around the album title – had you had other ideas or did you all agree?

T: I came up with the name Jennifer B and then Georgia came up with I Love You Jennifer B. There was no debate, it seemed fair. We own half of the name each. And I like long titles.

In terms of working together creatively, does every member always fulfil the same role during the songwriting process? Have you found a method that works?

T: We both usually start a song separately and then send it to each other over the internet. We rarely begin a song together in the same room. And then it’s a case of carving until it’s right. Sometimes it takes days, sometimes years.

I understand that Georgia is still very much involved with Black Country, New Road – How do you find managing being part of the two projects?

G: Sometimes the organisation gets tricky! But My band mates in BCNR are very supportive of what I do in Jockstrap, I like being busy! Especially when it’s busy making music!

I saw Sleevenote dropped a cool lyrical artwork video of the album – how did this collaboration come about? Did they get in touch?

G: They approached us in Margate at an instore. It looked cool so we said yes! They got me to sign their phone too? Crazy.

You most recently did an AMA talk with Reddit, what were some of the most unusual questions you received?

G: Someone asked me what the best beaches in Cornwall were, and our favourite supermarket for a meal deal. But most of the questions were about music so that was a relief!

Are there any artists you’re dying to collaborate with?

You released music videos for tracks: “Glasgow,” “Concrete Over Water,” and “50/50” – each of the music videos for these tracks come with their own unusual, sort of visuals – can you talk to me a bit about the direction you had in mind and where you get your inspiration from when curating your music videos?

G: So, the song is always the initial inspiration. The first idea we have for a visual we mostly always go with. There’s a lot to be said about gut reactions. For “50/50”, I actually can’t remember how that happened – maybe the gig came first? And we thought, ‘oh yeah, we should film that…’ for, “Concrete”, that was months of planning. We knew it had to be celestial and fantastical and it was our first opportunity to make something amazing so we really went for it. We used all the resources possible. “Glasgow”, was obvious to us too. A long hike, a summer holiday, a breakup. It’s nice to be able to edit and make the videos myself. It’s a creative release from the intense music making, but at the same time, it’s also a ‘honing in’ on a piece of art, taking it even further.

The release of your debut has had incredible reception – what would you say has been the most rewarding part of this process?

T: Continuing to live off music as much as we can. Beginning to reach our heroes. Maybe. More money for food. Baths in hotels.

What’s next for Jockstrap, are you strict on the idea of continuing to write new material in-between touring etc, or do you want to try and live through touring the album first?

T: Second one. We live in the moment and we give everything we’ve got to what we’re doing right now. Only way really. I think it’s what’s best. The future, who knows? Not us!

Stream 'I Love You Jennifer B' in full below: 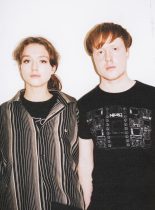