Jordan Rakei, the multi-instrumentalist, vocalist, producer and songwriter, is back with his fourth studio album, ‘What We Call Life’. Known for his neo-soul-meets-hip-hop sound, the New Zealand-born, Australia-raised artist is showing us his most intimate and vulnerable side to date. Having learned about himself through therapy two years ago after being inspired by a book called Positive Psychology, Rakei began a deeper journey of self-discovery. Understanding more about his behaviour patterns and anxieties, he addressed his long-standing irrational phobia of birds, a fear often associated with the unpredictable and the unknown. This exploration is evident in both the album’s creative direction and visuals, resulting in a captivating experience from start to finish.

With little introduction needed, Rakei’s 2019 album ‘Origin’ saw many doors open for the London-based artist. From collaborations alongside Loyle Carner, Tom Misch, and Alfa Mist, Rakei has been taking the industry by storm, leaving no stone unturned. In each release comes a surprise, with the artist only getting stronger and perfecting his niche. His delicious concoction of hypnotic melodies and compelling lyrical themes allows listeners to truly connect with him on deeper levels, ultimately forming a long-lasting and dedicated fanbase.

Now sending a new wave of production throughout his latest album, including more electronic and acoustic flushes as well as highly raw, honest lyrical themes, ‘What We Call Life’ is a true example of both self and sonic development. Not long after his sensational performance at Cross The Tracks Festival, we speak with Jordan Rakei and find out about his latest release, touring in 2022, current music favourites, and inspirations. 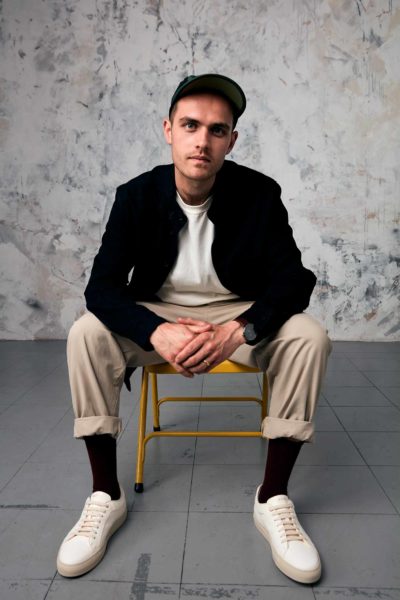 Jordan, you’re back with your fourth studio album, ‘What We Call Life’. Firstly congratulations! How does it feel to have the whole body of work out into the world?

Thank you! It’s a mixture of loads of different emotions, but I think what most sticks is a feeling of content. I’m so proud of this album. I really didn’t hold anything back creatively and it’s now to show the world this side to my musical exploration!

This album is highly intimate and vulnerable, the sheer look into your emotions is a step away from ambiguity. You have attributed the push to open up deeply to incredible artists including Laura Marling, Scott Matthews, Joni Mitchell, and John Martyn. How does it feel to combine personal narratives with your artistry in ‘What We Call Life’?

It’s pretty freeing to be honest. I’m not one to talk so openly about some of my past, but I find it a lot easier to get out in lyrics. In a way I guess I feel like I hide behind the music, which is a massive luxury. I hope in being so personal with some lyrics it inspires others to delve deep within themselves.

Your work is often swimming in the realms of neo-soul meets hip-hop, but this time we are seeing more electronic and orchestral/acoustic flushes. What moved you to explore these textures?

I’m always just up for pushing my sound to new areas. I never settle on a particular sort of sound. I feel like each of my albums is an evolution of it’s previous release, and it’s something I’ll keep doing as my career progresses. I’m not even sure what I’ll do next, but I know it’ll be different.

You are shining a beacon of light for people experiencing mental health and those experiencing a wave of new introspection and self-discovery. Opening up about therapy, you have said this is part of the kickstart to your themes behind the music. Can you expand on how the experience of therapy has impacted your music?

Going to therapy just allowed me to see myself in a different way with a clearer lens. It mostly helped and shaped the lyric writing process. I learnt a lot about diving into older life experiences that shaped me, and I wanted to convey each memory in it’s own form. Each song is like a separate anecdote from my therapy sessions. 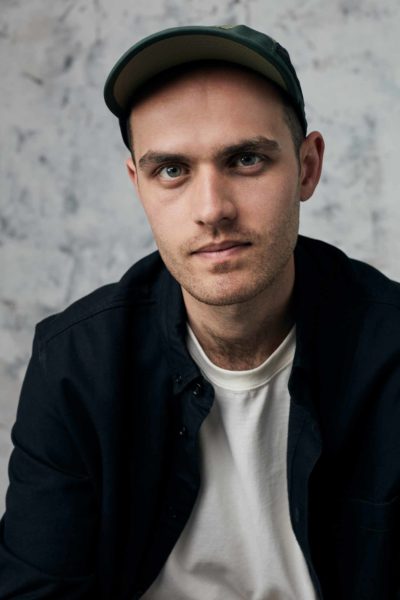 Intertwining the themes of your music into both soundscapes and visuals, you have created a whole body of work encompassing your experiences. What are some of the ways you have combined your lyrical context with the visual and sonic context in ‘What We Call Life’?

Well, this all started as 25 songs of pure instrumental music. We went away to a studio in Wales and wrote all of the music first. Then once I had all the music, I was able to really succumb to the emotion that they evoked in me and it guided the lyric writing process. All of the lyrics are reflective of the instrumentals and the mood they bring.

Following on from your (phenomenal) 2019 album ‘Origin’, you experienced much acclaim and praise from artists including Elton John, as well as doors opening to collaborations with the likes of Loyle Carner and Tom Misch. How does it feel to look back at 2019 and to witness your progress over the last three years?

I rarely ever look back and acknowledge any sort of progress. I feel like I’m always trying to get better and develop as an artist and a person. But having to slow things down through the pandemic has given me a great perspective for the hard work and time I’ve put into my career. I’m really grateful for where I’m at, and look forward to progressing and progressing!

What advice would you say to your younger self starting out in music?

Worry less about what people think. And be assertive.

Seeing as we’re turning back the clocks, who is a long time influence on your music?

Jeff Buckley for sure. The older I get the more and more I hear his influence on me.

Any current music you have been listening to that you can share?

Absolutely. I’ve been absolutely rinsing Maddison Cunningham and Sharon Van Etten. Both of them are amazing, and such strong storytellers and musicians.

Having performed sold-out headline tours across the US and Australia, as well as a number of iconic venues and festivals, you must be super excited to get back on the stage? You recently announced a UK and European headline tour set for April 2022, which is very exciting! How are you feeling about touring post Covid?

Pretty nervous, to be honest. I’m really excited, but it will nearly be 2.5 years between tours so a lot has changed in the world, myself and my fans. I hope there is still the same spark there was pre-pandemic!

Your album artwork was created by Canadian-born, Los Angeles-based visual artist Justin Tyler Close. How did you go about collaborating on this and did the result match any expectations?

We did a zoom session where I was captured by camera, and that fed to him, out his laptop into a projector and then he took pictures of the projection. Pretty wild. He then went away and really manipulated a lot of the original images. The final cover really is so beautiful and chaotic at the same time. I’m so proud it’s mine!

You have developed and grown as an artist, and now you are letting us see the insane personal development as you share raw and honest accounts of your journey and it has been a privilege to watch. What advice would you give to someone starting out with therapy or healing?

Be patient with the process. It works. You just have to submit to yourself and let it all go. Also, if you’re worried – start with meditation as it’s a go portal into self-reflection.

Lastly, what five words describe your album as a whole for someone who hasn’t listened yet?

Listen to 'What We Call Life' below: 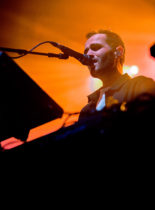 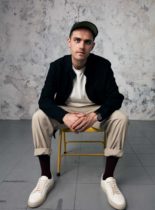