Music biopics have been all the rage during the past few years, with Bohemian Rhapsody and Rocketman succeeding at the box office – and Baz Luhrmann’s maximalist biopic Elvis is set to join them in a couple of weeks. There’s been a particularly noteworthy project waiting to join their ranks, and it’s just taken a major step forward in its production.

The forthcoming Madonna biopic, which was announced in 2020, has picked Julia Garner (Ozark, The Assistant) to embody the famous songstress. The rigorous audition process has been a point of industry fascination for months, with plenty of Hollywood’s top actresses vying for the coveted role. Reports have indicated that the likes of Florence Pugh, Odessa Young and Alexa Demie were also in contention before Garner won out.

What’s particularly unique about the Madonna film, which will cover the early years of the pop star’s career, is that it will be directed by the star herself, with a script co-written with Oscar-winning screenwriter Diablo Cody (Juno) – a notable extension of the creative control often wielded by biopics’ subjects. At the time, she stated, “I want to convey the incredible journey that life has taken me on as an artist, a musician, a dancer – a human being, trying to make her way in this world … There are so many untold and inspiring stories and who better to tell it than me. It’s essential to share the rollercoaster ride of my life with my voice and vision.”

No release date or other casting is available for the Madonna biopic, but with its star set and with the icon herself on board, it’s sure to be one to look out for. 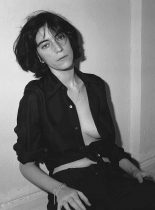 We celebrate International Women's Day with five women who have to show that women do it best.