It’s the dawn of the 1990s and fuelled by a surging wave of rave culture carried from the previous decade, a new UK underground genre is beginning to emerge. This fresh sound – blasting through sound systems in UK clubs like Paradise – uses imports from Detroit techno and hardcore acid house, alongside hip-hop breakbeats and reggae basslines. An encompassing term, ‘jungle’, proliferates from across the pond. As the decade rolls on, home computer technology developments mean a studio isn’t necessary to make these soul and reggae-inspired tracks; a new generation of producers wield their Atari and Akai samplers with a riotous power.

By 1994 jungle’s popularity was soaring, but it was M-Beat and General Levy’s “Incredible” that really hit the mainstream – controversially amongst a burgeoning community who weren’t ready to recognise the fresh-faced newcomer Levy as their own. Despite the underground unease at Levy allegedly describing himself as the ‘King of Jungle’, the track undoubtedly coincided with the peak of the genre’s initial pinnacle. Other artists that came to mould the genre included the likes of Goldie, DJ Ray Keith, Fabio and Grooverider, A Guy Called Gerald, and T.J Bukem, to name a few.

At a time when racism was still rife at club-doors up and down the country, a jungle movement rooted in Black culture and community created a space for those excluded from the house-music crowds that had come before. Working with up-and-coming artists, labels like IBIZA and Reinforced Records pioneered a movement that saw dedicated members of the ‘Junglist Massive’ raving far into the future.

Almost thirty years down the line, jungle beats are still rattling through the rib cages of people across UK and the world. Next week’s GALA Festival in Peckham is an example of an event representing the UK’s rich jungle history, with artists like Goldie and A Guy Called Gerald hitting the lineup.  Speaking to A Guy Called Gerald about the genre’s renaissance, I asked about headlining festivals this summer, having been active in the 90’s movement with Juice Box Records. He thinks GALA in particular will be “pretty interesting for my old school fans of jungle”, continuing, “I feel the same as I’ve felt for the last 30 years. Jungle for me is a venting, letting off music – chasing the demons away and the more crowd, the more energy, the better. We should all leave there lighter because we’ve chased our demons”.

Something else represented by GALA’s lineup – the fact that the genre is far from trapped in it’s 90s form. A new generation of young jungle artists are currently breaking ground in the music industry, with the likes of Nia Archives bringing jungle beats to fresh crowds alike. Describing herself as a “new-gen junglist”, the 22-year old jungle producer’s success speaks for itself, with a packed festival schedule and online streams in the multi-millions.

Even for electronic artists less directly linked to the genre, the influence of OG Jungle on this decade’s hitmakers cannot be underestimated. Shy One is a DJ and producer known for eclectic and diverse sets, but she tells me that “being from a raving family”, she recognises the “honour” of sharing a stage with”legendary pioneers of electronic music like Goldie and A Guy Called Gerald”. Speaking to Notion recently, electronic duo Chase & Status describe a career defining moment, “accidentally stumbling” on “one of the many pirate radio stations blasting out Hardcore Jungle” and being inspired to buy an album at random. The record in question, ‘Grooverider – Hardstep Collection 1’. Alongside Fabio, DJ Grooverider is on the bill for Outlook festival this year, as well as Hospitality in the Woods.

Asking A Guy Called Gerald why he feels jungle sounds are currently drawing fans across generations, he feels “it’s obviously the energy of the format. It’s too powerful for anyone to hold back […] you can’t get rid of the old time religion – the B line that’s always going to be there.” He stresses the power, and rich history, of jungle as a means of subversion: “If any music is perfect to express your anger – how you’ve been treated by governments – jungle is definitely the way to unleash that energy. It’s coming from revolution music – reggae and heading towards revolution. This music should be a platform against oppression”. Kwame Safo explores what he terms the ‘Gentrification of Jungle’ in a piece for Mixmag, discussing the necessity for the future of the genre to “create and uphold spaces for Black innovators to communicate art.” For festival goers looking to learn some jungle history, his piece is a great place to start.

Independent festivals such as GALA are opening creative spaces that allow the jungle renaissance to be inclusive of multi-generational talent, celebrating the roots that continue to inspire. You can catch Goldie, A Guy Called Gerald, Nia Archives, and Shy One in Peckham next weekend. Jungle really is massive again, and long may the basslines boom. 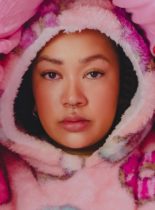 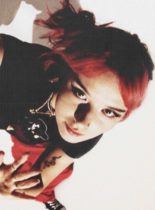 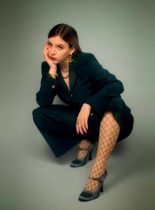