Lockdown with Spinnup: The Highlights

For the past two weeks, we’ve been presenting some amazing live streams and Q+A's hosted by Jess Iszatt every day for Lockdown with Spinnup. Straight from their homes and into yours, here are our highlights from the past two weeks!

It’s hard trying to stay creative at home – the usual set up for any artist is quite different. However, we wanted to commend the artists who took part in our Lockdown with Spinnup series for their intimate and personal performances live from their home on our Instagram platform.

Alongside their live sets, BBC Radio 1Xtra’s Jamz Supernova has been getting to know each artist through a series of interviews, delving into what the lockdown means for them, exploring their unique challenges and positive impacts on creativity during this time. It’s not the same as seeing an artist perform live, but it’s definitely the next best thing.

Jamz Supernova says: “As an avid listener and supporter of new artists, I loved having the chance to get to know the Spinnup acts chosen to perform. Not only was I able to discover new artists myself, I was invited to find out more about their musical processes and conduct intimate conversations that allow for the fans to really get a sense of the person behind the music. Each artist is really unique and the way in which they cross-promote and work with each other is inspiring! This feels like a real sneak preview of the names we’ll be raving about next year!”

If you’re not already in the know, Spinnup is a global music distribution service that enables independent artists to release their music on to all major streaming platforms whilst retaining 100% of their royalties and rights.  Spinnup also works closely with A&Rs at Universal Music and puts their music in front of the decision-makers at the world’s biggest record label.

If you missed the live streams then fear not, you can watch all of Jamz Supernova’s conversations back on our IGTV, read some excerpts below and see a selection of behind the scene shots of these artists turning their homes into a stage for Lockdown with Spinnup. Read the below statements below from the artists involved for some nuggets of gold on how you can stay creative in isolation too and maybe we will catch you on another live stream sooner rather than later! 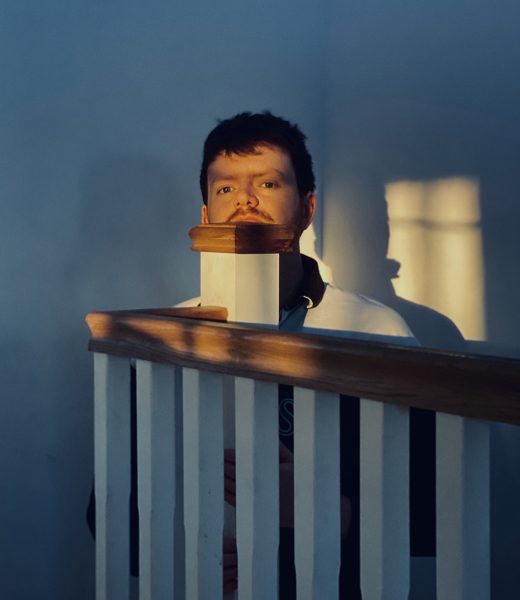 “Luckily I’m locked in my studio so I’m in a good place. In a way, producers have been waiting for this time to be in isolation and not have any distractions. I also appreciate the break from our usual London lifestyle, where we push all our problems to the side and keep moving forward without properly addressing certain things, and you also start to appreciate what you really value in life … of course, this is a sad time but it feels as if the world has told us to go to our rooms and think about what we’ve done” – Joy Anonymous

“Quarantine is a weird time because you have all this time to do things that you usually don’t find time for like I usually don’t have enough time to always cook, or work out and look after myself in that way. So it’s sort of a time of self-care but also a crazy time where you’re just like ‘get me out of here!’” – CHINCHILLA 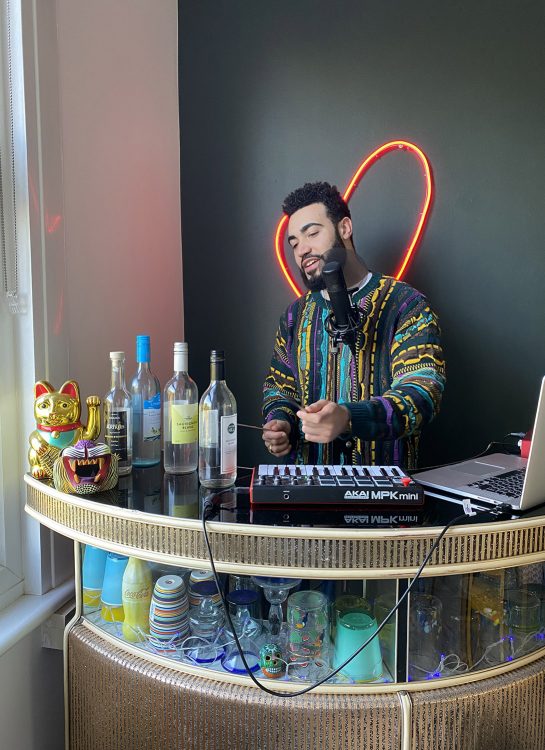 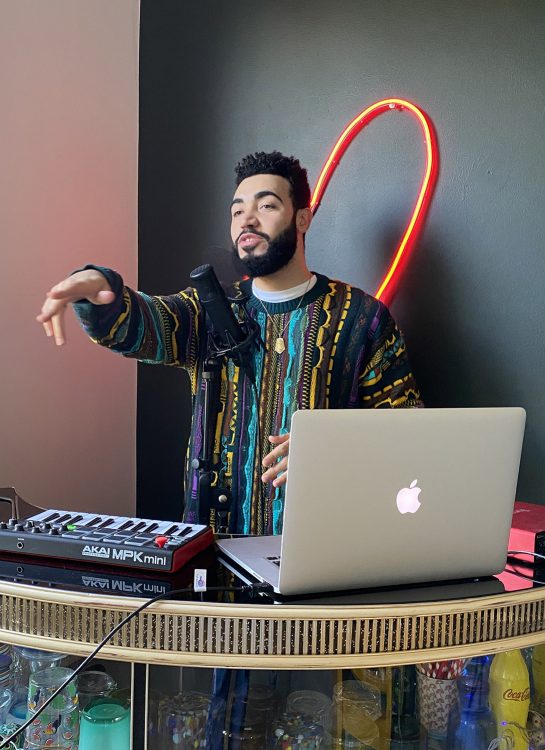 “This year has thrown a bit of a spanner in the works on the live side of things. I was hoping to line up a lot more festivals this year, building on last year where I played at Sundown etc – but in terms of putting out the music not much of that has changed really. I’m aiming to make the most of that as it’s as good a time as any for people to sit at home and listen to music. With writing it’s slowed down a little bit for me because I write a lot when I’m on the go, I write a lot when I’m on the tube or just walking around. Aside from that, it’s sparked a lot of creative thinking about what cool content we can come up with to go with the music whilst being inside, so it’s forced me to be more creative in that way.” – AyiTe

“When I released my latest single I started putting out videos recorded with just me and my guitar in my room, I think it’s really important to be putting out content like that. It’s a weird process setting up our phone and just playing into it and messing up all the time, but then it’s also a great excuse to have a shower and put some makeup on!” – Maya Law 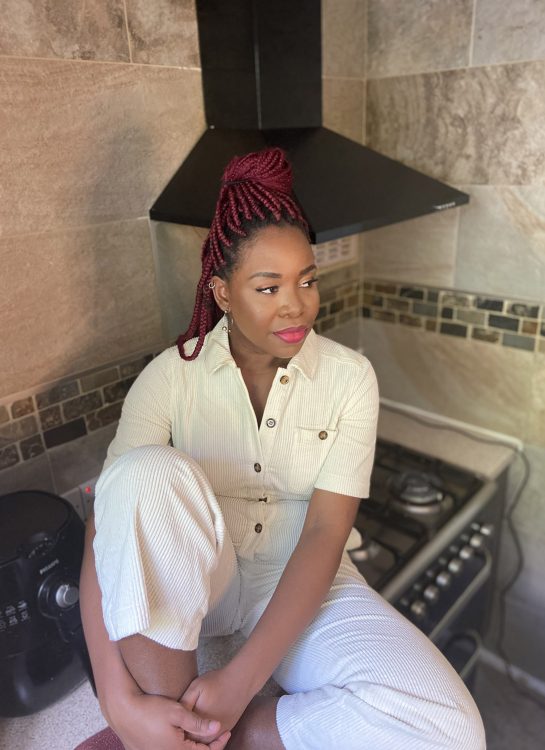 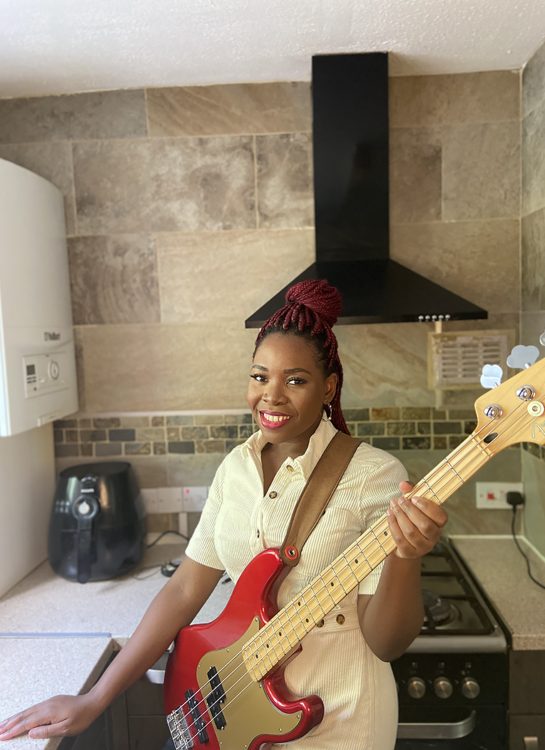 “I’ve been ill with the virus sadly, so I am glad to be recovered and ready to get on with all my music plans. I was so ill for so long, nearly three weeks mostly spent in bed. For me mentally, there was definitely a moment where I thought I might die, and that actually went through my brain. It got really bad. I’m so grateful to have survived it and be back to full health, making music again. It’s so crazy what’s going on but I just have to be grateful that I’m still here and just try to move forward from that experience.” – MEI

“I’m living with my bandmate so that is really good, and left to my own devices I’ll just start to create. I had chronic fatigue syndrome and at my worst point spent 6 years in a bedroom without leaving, so I’m a bit of veteran at this. I honestly think that struggle can be a good thing in a way. What this situation is, is enforced simplicity, and if you take the immense suffering and financial loss out of the equation, on a spiritual level this slowing down of pace could be a bit of an opportunity for a lot of people, something quite poignant and a bit of a teacher.” – Ren

““Recently, I’ve been enjoying working a lot in collaboration with other people, so that’s been an obvious change as I can’t be in a room with anyone. But I’ve been finding other ways to be creative; I’m trying to learn all the great records I’m always listening to from artists like Paul Simon to ELIZA to Macy Gray, in simple keyboard and vocal form. I feel that to learn & feel out how the greats do it is to improve on my own songwriting and hopefully in some way indoctrinate myself into their world for the day. Also, it’s fun and the songs are dope which ultimately is the most important thing.” – Quiet Man 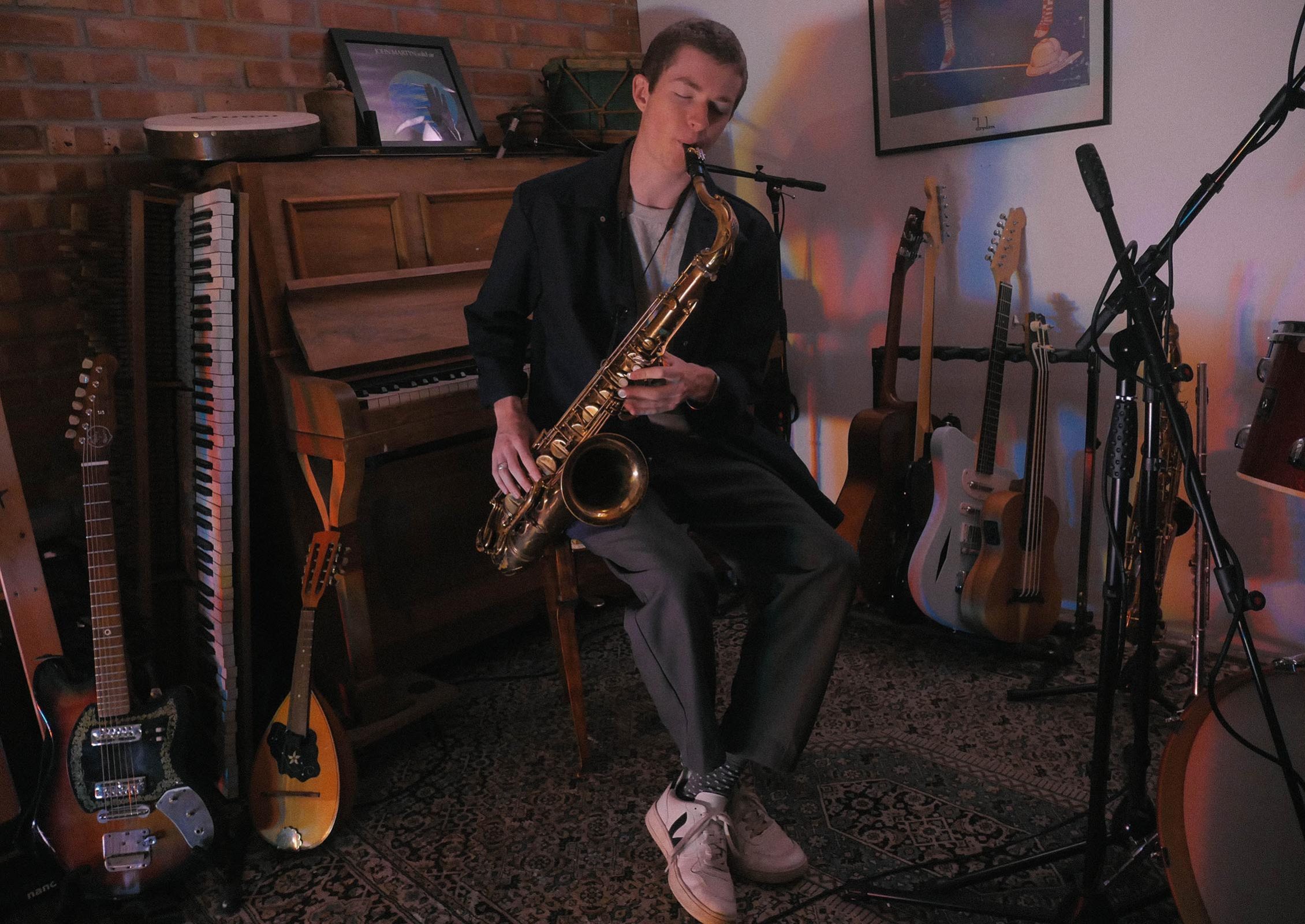 “I had done the first three gigs of my EP release tour, before heading out with Moses Boyd and playing sax for his tour for a few weeks. The last night of his tour was at Electric Brixton, and it was an incredible gig. The next day, I realised that it had been the last night any shows were on in London and that the rest of my tour wasn’t going to happen. Since then I’ve been making the most of the time at home locked up in my garage studio I built last summer, putting together a new album” – Quinn Oulton

“Touring is a time-consuming job and I’m away loads. I can’t write on the road, I have to sit down and feel like if the song is going to take me three days to finish that I have that option to just do that – which never happens, but it has now with the lockdown. Still, it’s not as chilled as I thought it’s going to be” – Lucy Lu

More interviews and shows will soon be announced for later this month with the most exciting new artists on Spinnup hosted by Jamz Supernova and Jess Iszatt.

New artists also have a chance to win a slot on the second series of the live shows by signing up to Spinnup with a free code here, before the 13th May! See you on the live stream…

Lockdown with Spinnup Phase 2: Live Streaming With A Difference Week 2 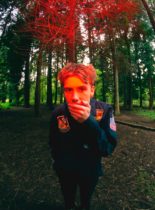 After a successful launch with two weeks of amazing live streams and interviews with some of the most exciting new artists, we are back with Lockdown with Spinnup and announcing week two of online events today!

Lockdown with Spinnup Phase 2: Live Streaming With A Difference 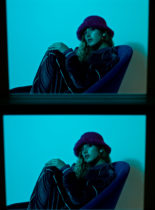 After a successful launch with two weeks of amazing live streams and interviews with some of the most exciting new artists, we are back with Lockdown With Spinnup and announcing a second run of online events today!

Lockdown with Spinnup Week 2: Live Streaming With A Difference 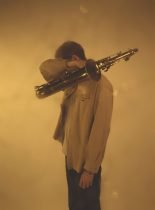 Presented by our favourite Jamz Supernova, we present week two of our fresh new live-streaming series with Spinnup that gives opportunities to new and emerging artists at a time when the usual opportunities to play to a crowd have disappeared.