Musician, creative, and model, Lolo Zouaï, returns with the fully charged single “Galipette”. We go behind the scenes in an exclusive interview.

It has been an awe-inspiring ride for 25-year-old Lolo Zouaï, who, alongside her moody R&B debut offering ‘High Highs to Low Lows’, has appeared in COACH global campaigns shot by Juergen Teller, become a face of Tommy Hilfiger and Adidas France’s new SUPERSTAR campaign, and even performed at the YSL official Paris Fashion Week show. Lolo’s journey has also seen her write the tantalising track, “Chain” specifically for HBO’s boundary-pushing drama Euphoria.

After the success of her dark and sexy debut album and some serious studio time, the French-Algerian artist has returned with the hard-hitting and high-octane “Galipette”, a dose of Lolo’s truly unique sonic fusion. With her beguiling voice and distinctive delivery, Lolo fuses a classic French ballad with her tongue-in-cheek lyrics; playing with the meaning of ‘Galipette’, which literally translates to ‘somersault’.

“Galipette” lands as a statement of intent. Recorded in NYC, the track was produced by Lolo’s long-term collaborator Stelios, who has previously produced for the likes of Young Thug and Elton John. With the promise of her highly anticipated second album on the horizon, 2021 promises to be an electrifying year for the rising artist. The accompanying visuals really bring the song to life. Directed by Amber Grace Johnson, the music video sees Lolo boxing underwater, crashing a mattress store, and synchronised dancing with the UCLA Women’s Gymnastics team.

With an array of critical acknowledgments and nods of approval from the likes of Billie Eilish, Grimes and Dua Lipa, Lolo has a growing, unavoidable presence in the music and fashion scenes, promising to be an artist you should keep an eye on.

As we get an exclusive look behind the scene of the music video for “Galipette”, find out what Lolo’s biggest challenges were when filming, who her fashion icons are, and what she’s most looking forward to when touring with Dua Lipa. 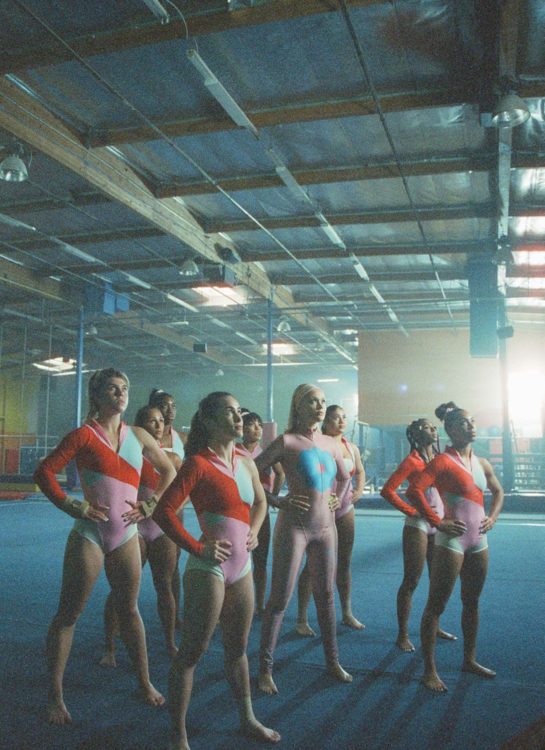 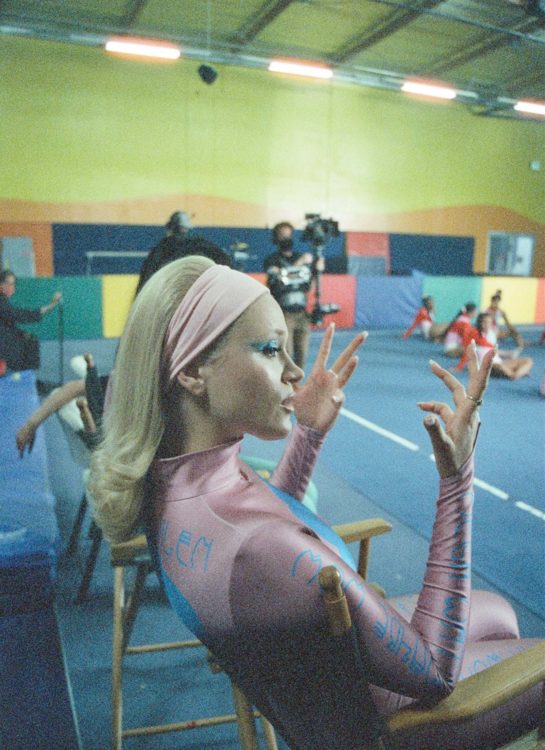 It’s been an incredible few years since the release of ‘High Highs to Low Lows’. What sets “Galipette” apart from your previous music and how do you hope to continue developing your sound going forward?

Thank you! Galipette is the first part of a new world I’m creating visually and sonically. Stelios and I are having so much fun combining things we’ve never heard together. I wanted to come back with a shock so people get ready for what I have coming.

What stimulated the focus on the word “Galipette” and how are the multiple meanings explored in the song?

The lyrics and melody came to me when I heard the little guitar part. When I was little I’d always do somersaults, I thought they were hilarious. I didn’t even realise “Galipette” had a sexual double meaning until after. I was like haha….perfect.

The track is also produced by your long-time collaborator Stelios. How has this relationship evolved and what makes it so special?

We’re so comfortable together. He’s always thinking out of the box and we both wanted to go left on this one. He’s a genius! We created our sound together so it’s only right to keep growing it together. 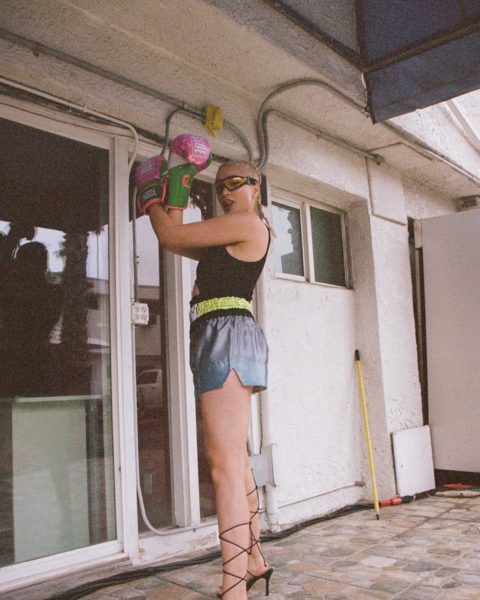 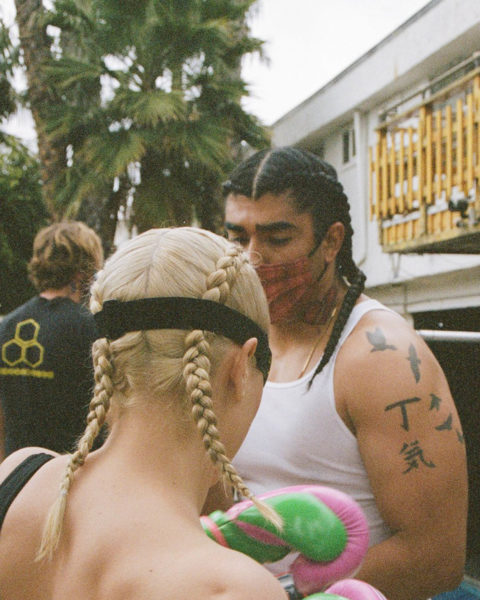 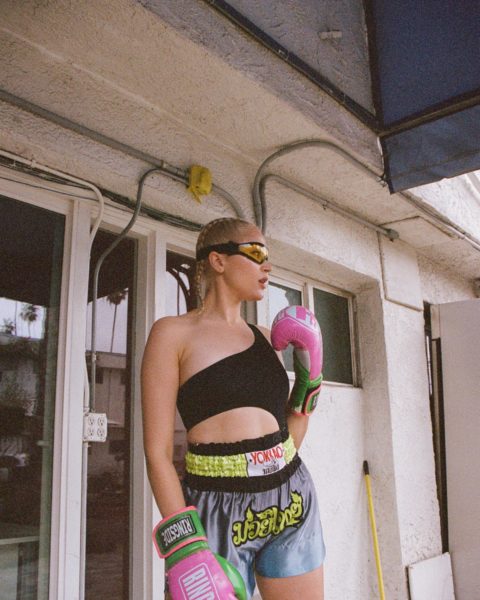 The accompanying music video features some incredible shots of you boxing underwater. That must have been pretty challenging. How did you manage to film that scene and what inspired its inclusion?

Thanks!!! Amber, the director, had been wanting to shoot an underwater boxing scene for a while and I didn’t know HOW she’d make it happen but she did it, and it came out beautifully. Thankfully the boxer was also a swimmer, cus I don’t know what we would have done. But yeah, it was hard. I trained for almost two months before to make sure i was in good shape for the video. I was in the pool for five hours straight going under water for 30 seconds at a time. & we had professionals helping me get up because by the 5th hour I started choking.

What was the most enjoyable scene to film for the video and can you tell us why?

I think the business suit look. When I saw the shot on the monitor it was the best moment, I was like….wow. It’s my favorite video I’ve ever made. Plus trying to teach the guys French was hilarious. I love them. The gym scene was up there too though cus damn the gymnasts were so talented. 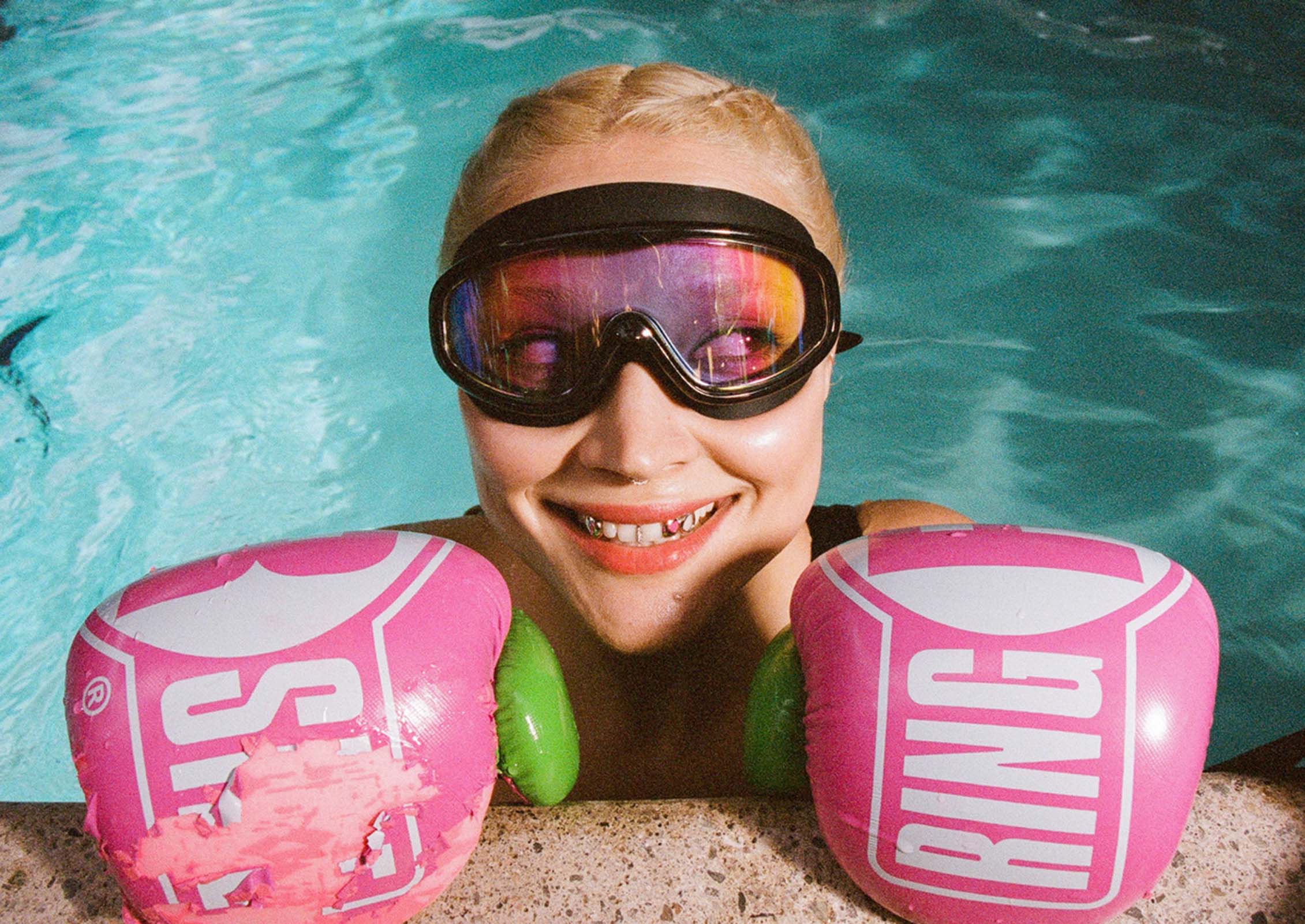 Were the UCLA Gymnastic team able to teach you some moves?

Haha yes it was my first time doing some choreo. I worked with Joya Jackson who choreographed us throughout the video, she’s a young legend. The gymnasts learned everything so quickly, and were so sweet! So inspiring working with them.

There are also some killer outfits in this music video. Do you have any fashion icons you look up to – and can you describe your style in three words?

Hmmmm that’s always so hard. I got my style from growing up people watching in San Francisco. Thrifting was a big part of my childhood and adolescence. My dad used to drop me off at goodwill with 40 bucks. He knew that would make me happy—that was my alone time. And his too I guess haha! 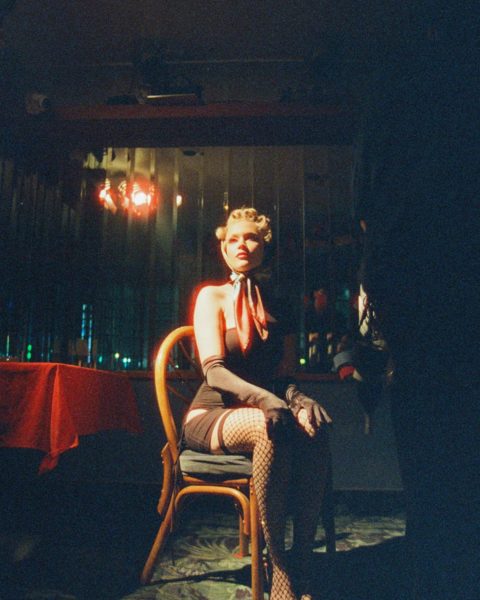 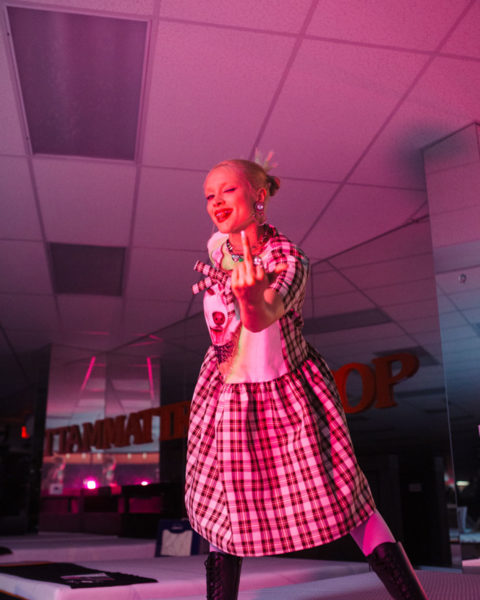 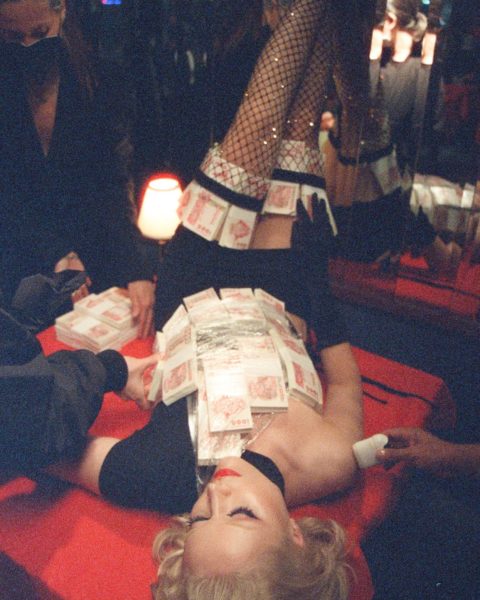 You have written for the likes of H.E.R and the smash-hit drama Euphoria. How does the process of writing for someone else challenge you but also benefit you as an artist?

I haven’t written for that many other people, but it’s something i want to do more of. I’m not somebody who can write 4 songs a day, so whenever i come up with something i love i usually keep it for my own projects. But it is freeing to channel other people and tell their stories and it helps me become a better writer.

In what must feel like the longest wait ever, you are set to support Dua Lipa on her forthcoming world tour. How excited are you and what are you most looking forward to when this finally kicks off?

Im sooooo excited. It’s crazy. I’m just crossing my fingers. The silver lining is that i made all this new music I’m proud of and I’ll get to perform it for thousands of people. Dua has been killing it, i loved her album during quarantine and I’m looking forward to seeing it live!

What are your main goals for this year? What can fans expect from Lolo Zouaï for the rest of 2021? 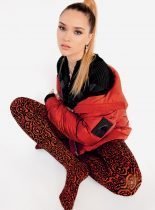 Gracing the third cover of our Autumn 2019 issue, Notion 85, is a pop queen-to-be like no other, Lolo Zouaï!