Lost Girl Is Beginning To Find Herself

Lost Girl talks to Notion about bringing garage back to the charts, why she’s always wanted to be a popstar and how she plans to use her voice to help others.

“Next year, this girl’s going to be as big as Jorja Smith” reads one of hundreds of excitable YouTube comments under Lost Girl’s video for her first single “I Won’t Give Up”.

We wouldn’t bet against it either: although she’s only released two singles to date, the Reading-born 20-year-old is making big waves in the U.K. music industry.

Since going viral on Instagram in 2017 with her gorgeous cover of Yxng Bane’s “Rihanna”, Tinie Tempah has slid into Lost Girl’s DMs and signed her to his publishing company.

It’s easy to see why; bringing old school garage flavours back to the charts, but with a distinctly modern edge, Lost Girl is quickly becoming one of the most exciting artists that you’ve probably not yet heard of.

With a soulful R&B vocal not dissimilar to the likes of Mabel or Jorja, her major label debut is a catchy slice of garage-infused pop that’s been stuck in our head since it dropped out of the blue in February. Had the summer not been cruelly snatched away, ‘I Won’t Give Up’ would have soundtracked many a party.

And, despite its follow-up landing during a global pandemic, October’s equally-infectious “Lazy Love” (a two-step throwback to the early 2000s featuring versatile rapper Ivorian Doll) is another would-be club banger. 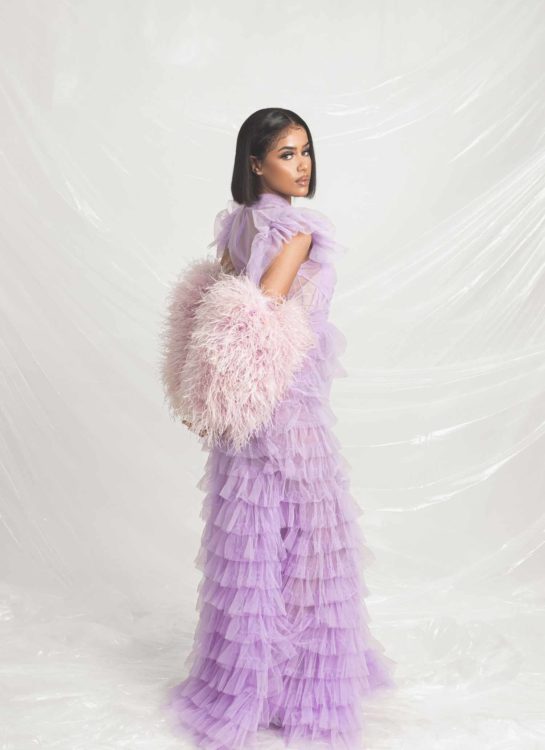 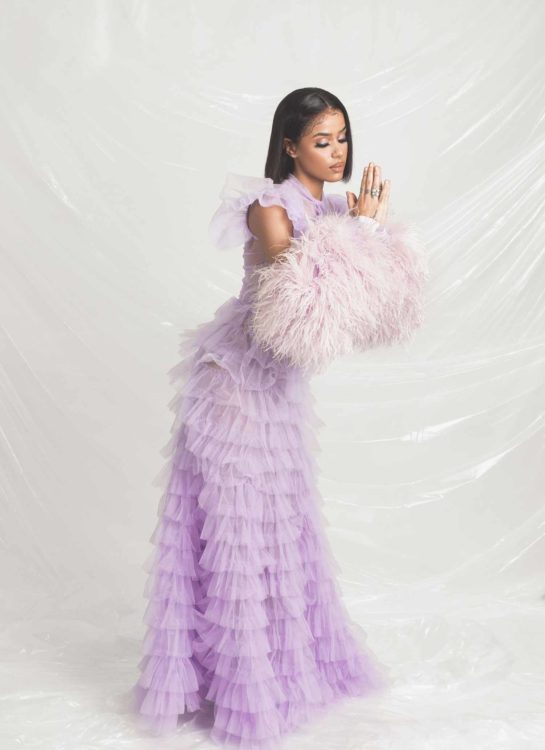 I’ve done music forever. I’ve always sung, but I didn’t think it was… I was always told it’s so hard to become a singer. Like, you have to be all of this stuff. And I just went about my life thinking I wasn’t going to be able to do it. And then, one day, I decided to drop out of A-Levels and work and that I was going to commit all my energy to music, 100 per cent. I said to my mum ‘give me a year and if it doesn’t work, I’ll go back to school’. I think, when you take a risk, it always pays off. I had nothing, but when you work hard for something you want, you’ll get it eventually.

Instead of going to university to study law – as per your original plan – you’re now signed to Tinie Tempah’s publishing company Imhotep. Was that an easy to decision to make and how did Tinie find out about you?

My goal was to get to Oxford – I wanted that all throughout school. But it was like I was putting half of my energy into singing and half of it onto school, and neither of it was going as I planned. So, I decided to put all my energy into one thing and soon as I did, it all started working. I was just picking between managers, and then literally that night – two months after me dropping everything else – Tinie slid into my DMs because he’d seen one of my cover videos. It was so mad; I thought to myself ‘it must be a fake account!’.

What support did Tinie give you as an artist just starting out?

That same night, I jumped on a train from Reading to London with my friend and went and showed Tinie the stuff I’d been writing in my books. He was like ‘hmmm, they’re good but’… it took a few years of developing – in the industry and myself. And, now, I’m ready for it.

Having first achieved viral success with your cover of Yxng Bane’s ‘Rihanna’, how important has social media been for you as an upcoming artist?

Instagram helped a lot in the beginning, but it’s a hard one because you have to constantly stay relevant. Thinking of creative ways to get my music out without it being just videos and covers. That’s why I do mixes and mash-ups of songs, so it’s a bit more interesting. With TikTok, though, I found it really hard to find my footing on there. It’s never really been my thing – dancing around and doing silly things on camera. But I’ve found a way to make it work over the past month, doing voiceover clips, over some funny scenes of things I’ve liked.

Have you always wanted to be a popstar?

Always. I’ve always been annoying people with my constant singing. Everyone that knows me has heard me and knows that I can’t stop. A lot of my influences came from what my family was playing around me growing up. And that was absolutely everything that you can imagine: my mum played garage and Nelly Furtado, The Streets, Ms Dynamite. But she also played The Progidy – I love that kind of stuff. But then you’ve also got my dad who played reggae and bashment music, and my brother who played rap. And now I use all of them as influences in my own songs. 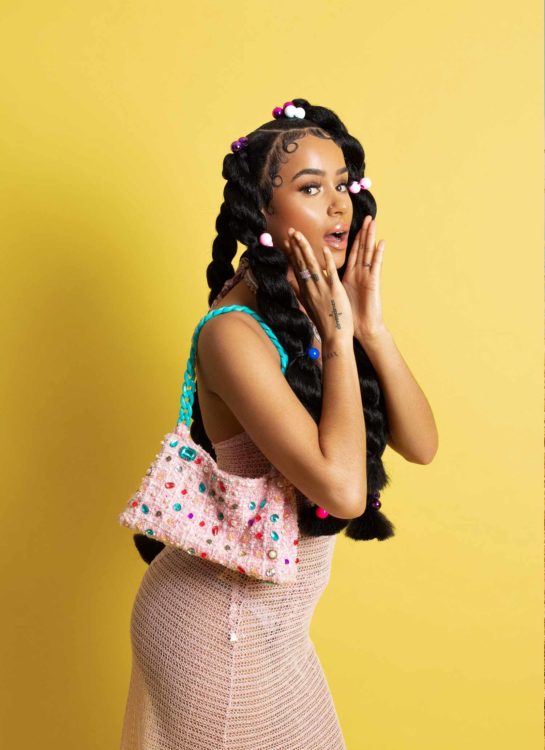 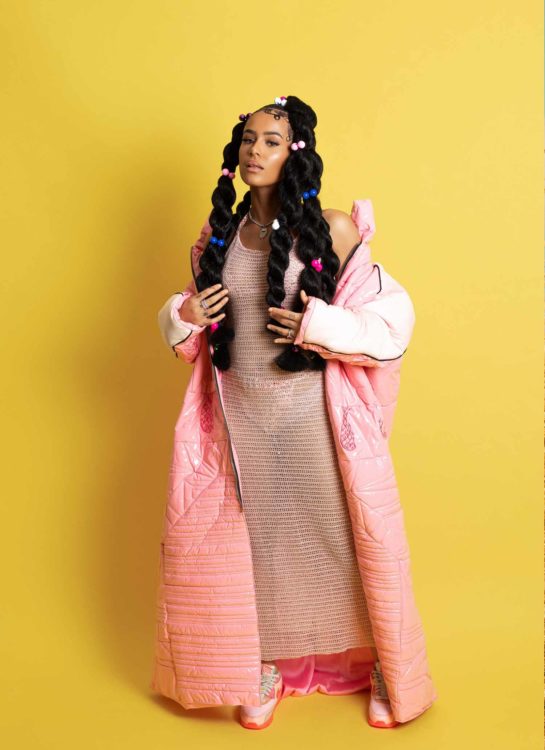 Who is Lost Girl, and what’s her story?

That came during the time that I was finishing school, and I got it tattooed across my knuckles. At the time I thought, if I start getting hand tattoos, it’s going to reduce the chance of me getting a corporate job. Like, ‘yeah I’m gonna get tatted up so I can’t get a job’. I was going through a lot of things at that time and all the music that I had written, I’ve used again, reworking it. Lost Girl just comes from the idea that I’m not sure who I am yet, so I don’t want to portray myself to be this well-rounded celebrity that knows exactly who she is. I want people to grow with me, through my music, until eventually I’m found.

That’s quite a powerful message.

100%. You can’t pretend to be perfect when you’ve got so many people listening and watching what you’re doing. You have to be real. That’s the main thing for me. I see songwriting as therapy. Every song I write has a meaning and it comes from somewhere or someone from my life. Sometimes if I don’t want to talk about it, I write instead. Nobody knows what I’m talking about except me. That is really therapeutic for me. I want to help others with my music and I want people to be able to relate to what I’m talking about.

Your debut single, “I Won’t Give Up”, has been streamed more than 750,000 times. Did you expect the track to get such a good reaction?

No, I really didn’t. I loved the song when I made it but I didn’t want to think too much what might happen. What has happened, though, has been really great. It’s been a great year – it’s been the year that I’ve been looking forward to for my whole life really! The fact that “I Won’t Give Up” and “Lazy Love” have done so well despite the lockdown. I’m glad people are starting to see what I’m about – other than on Instagram. And I’ve almost reached a million listens on Spotify, which is crazy!

Listening to your music, it sounds like you’re wanting to bring garage back to the charts. Is that something that you think has been missing?

It’s just got that vibe. It’s effortless. House and stuff, you don’t necessarily want to listen to it all the time, but garage suits anything – it’s feel-goof two-stepper vibes. But when you listen to garage music, you’re mostly listening to songs from 10 to 15 years ago. At the time, when I started out, there were no new garage tunes. But now, over the last year or so, there’s been some big garage tunes that have helped me out, because we’re making that space again. It’s my foot in the door basically, and I established myself as a garage artist. But I also want people to know that I’ve got a lot of other music to come that’s in lots of different genres. 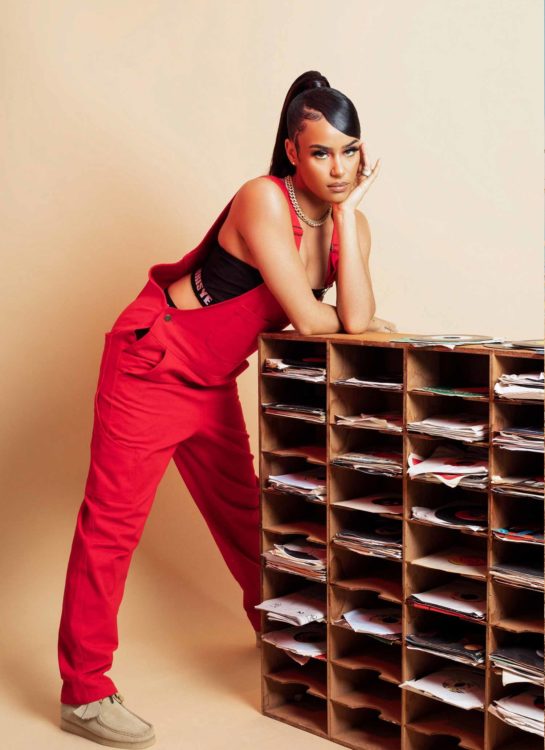 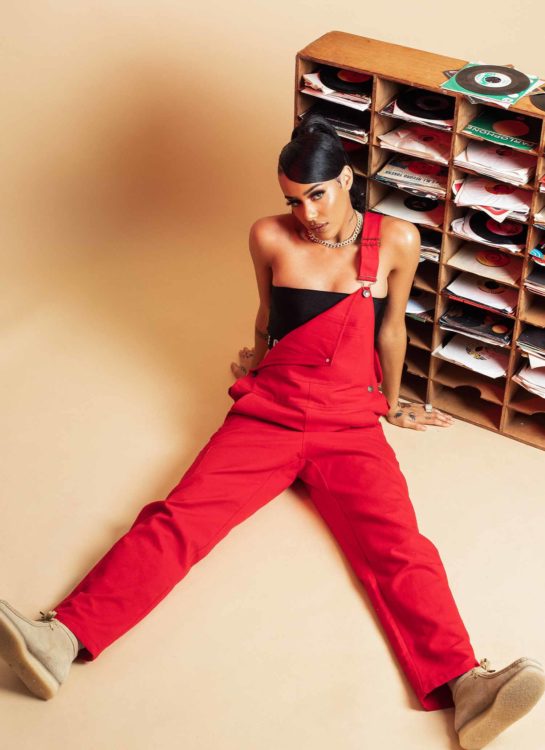 What releases have you got planned and, following “Lazy Love” (your team-up with Ivorian Doll), have you got any other collaborations in the pipeline?

I’ve got a single coming out in January and I’ve shot the video for it. It’s a proper garage song; the most garage out of the ones I’ve released so far. A Ms Dynamite kind of vibe. Then, after that will be my EP – which has a load of different vibes on, to show people that I’m more than just garage. I do also have a few collabs lined up. I’m trying to find my niche and see where it suits other people’s styles. There are so many people I would love to collaborate with; I would love to work with all of the females in the industry. I think it’s really important that we come together.

Have you found it easy to adapt during the Covid-19 lockdowns?

Being an artist, I guess you have to. You can’t not, just because so many things are being thrown in your way. It’s important to find loopholes around it to make sure that your creativity can always flow. I can’t say I love recording from home as much as I do in the studio, but it’s got to be done.

Why should people be excited about Lost Girl if they’ve not yet heard of you or your music?

The intention behind the music I make is for the greater good. My aim in life, and my purpose, is to help others. I’m a very empathetic person – when someone hurts, I literally feel it in my chest. I want my music to help so that I can then help people in the world that need my help. I want to get involved with loads of charities and foundations and advocate for things that are really important. I just feel that if I have a platform, I’ve got to use it. I’m not here to make music and just be a celebrity or whatever it is, I’m actually here to make a difference and – hopefully – change the world.

Go behind the scenes of Lost Girl's shoot with Notion below: