London-based singer-songwriter Matilda Mann speaks on her forthcoming EP, musical memories, overcoming her fear of performing and much more.

Conversations on the tube, talk of heartbreak from her friends, and overheard discussions in pubs are just a few of the things that spark songwriting inspiration for London-based artist, Matilda Mann. However, with most of 2020 spent alone inside, Mann found a new approach to her writing – to dig deep, to look back, and put together the thoughts she wished someone had told her. The result of her creative journey is the release of her up and coming EP, ‘Because I Wanted You To Know.’

Growing up in London and inspired by the music of Laura Marling, Big Theif and The Staves, Mann’s open and honest writing proves her talent for tapping into emotions, experiences, and perspectives that are usually her own but not always through her music. With a foundation of nothing but an acoustic guitar and her captivating voice, Mann’s raw talent echoes throughout each of her songs whether about heartbreak, hope, or moving forward.

As a follow up to her debut EP ‘If That Makes Sense’ released earlier this year, ‘Because I Wanted You To Know’ is a piece of musical wonder that allows listeners to learn exactly who Matilda Mann is. After spending time on tour opening for acts like Will Joseph Cook, Beabadoobee, and Rosie Carney, Mann believed it was time to give the most open and confessional pages of her notebook to her new record.

Featuring singles like, “Happy Anniversary, Stranger,” “As It Is,” and “Robbed,” her newest EP is a dive into music from Mann that’s never been created before. Working with new producers and collaborating with artists such as Matt Maltese brought Mann’s songwriting to life through new genres of music and storytelling. ‘Because I Wanted You To Know’ sees Mann exploring with upbeat, lighthearted tracks, vulnerable piano ballads, and new stories of wondering what could have been.

Matilda Mann spoke with Notion about how she searched for inspiration for her new EP and how her roots as a music lover and artist allow her to continue telling her stories through song today. 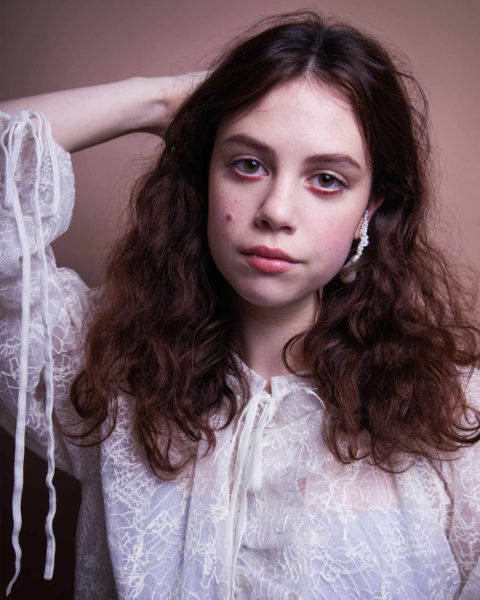 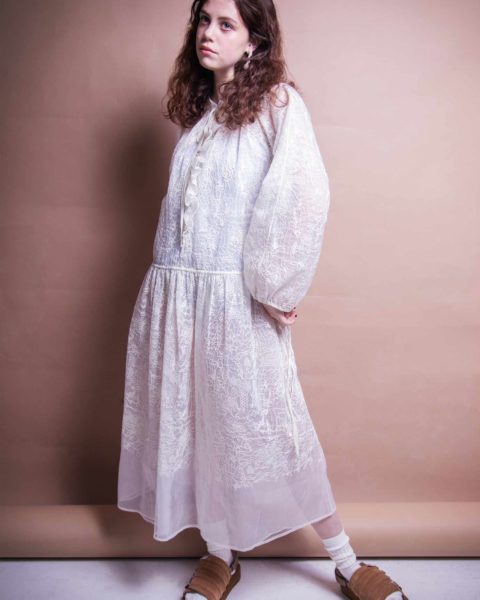 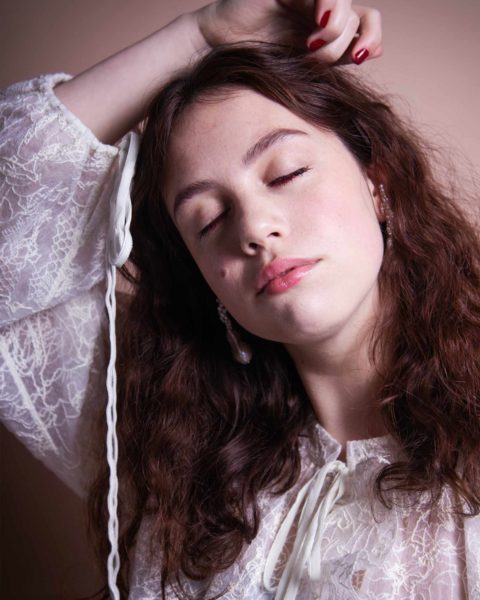 It’s so exciting to hear your next EP, ‘Because I Wanted You To Know’ is on the way. What is this new EP going to reveal to us about you that your last EP (‘If That Makes Sense’) didn’t?

The musical things that I like to keep consistent in all of my songs are well thought out lyrics and lots of harmonies. So other than that I’m always open to lots of different types of songs and styles. So I think as time goes on I create lots of different kinds of songs.

You fell in love with music at an early age. Growing up as a music lover, it’s so easy to latch on to the music your parents love, but do you remember the first artist, album, or song you heard that made you think, “This is the music I love, and I chose it and found it for myself?”

I heard “Failure” by Laura Marling when I was 11 and I think she was the first artist I listened to that I found myself, and just fell in love with everything she wrote. The way she wrote lyrics and how natural and effortless her voice sounded is something that’s always stuck with me. 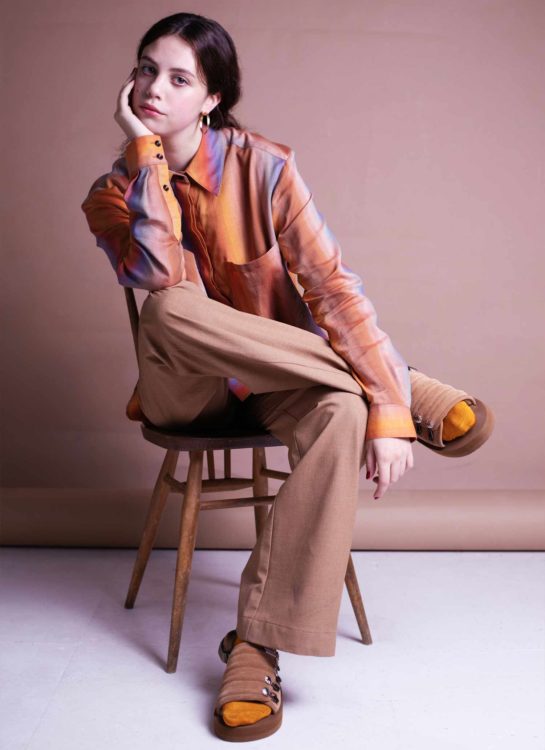 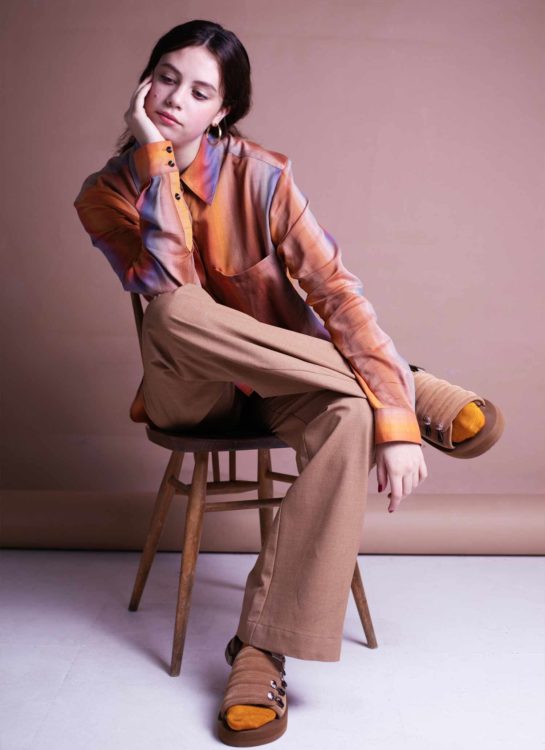 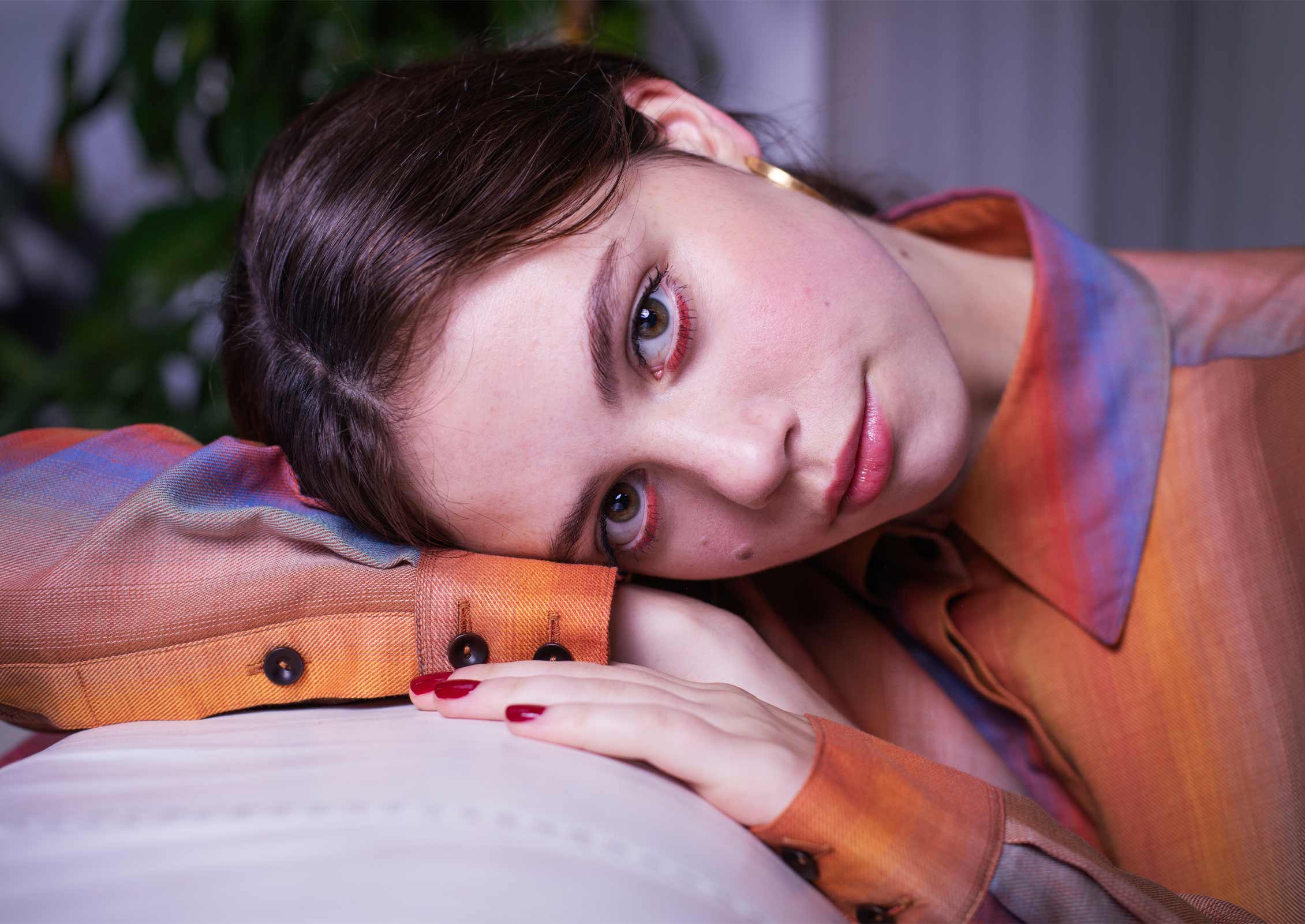 About your latest single, “Happy Anniversary, Stranger,” it’s got more of an upbeat vibe than most of your other songs. What was it like branching out into creating a more lighthearted song or writing about feelings of excitement in the way you did?

When I first started writing songs I only had a guitar and vocals. I’ve never been very good with technology so I was always quite limited in terms of what kinda song I could write. Though I naturally would say I’m very folk with my writing, I love indie music and upbeat songs and I knew, once I started working with producers, that I wanted to try experimenting with my sound more.

What was it like working with Matt Maltese on this track?

I love Matt’s music and his style of writing. There is a lot of musicality to his writing, but it’s also almost cheeky, lyrically. I like to write songs that aren’t about love, mainly because it challenges me to write something different, but if I am going to write about love, I like to try and write about it very personally and emotionally, or from someone else’s perspective and more light-hearted. So Matt was someone who was great to write this upbeat kinda song.

A lot of your songwriting is very introspective. Do you prefer writing over performing?

I used to be TERRIFIED of performing. I’d always perform by myself with a guitar and I’d have to sit on a chair because my legs were so wobbly and I couldn’t control them. I was never confident in my songs at all, and all the gigs I was doing was a support act for other artists, so I would never know if the audience was going to like my set or not (which was always super nerve-racking). 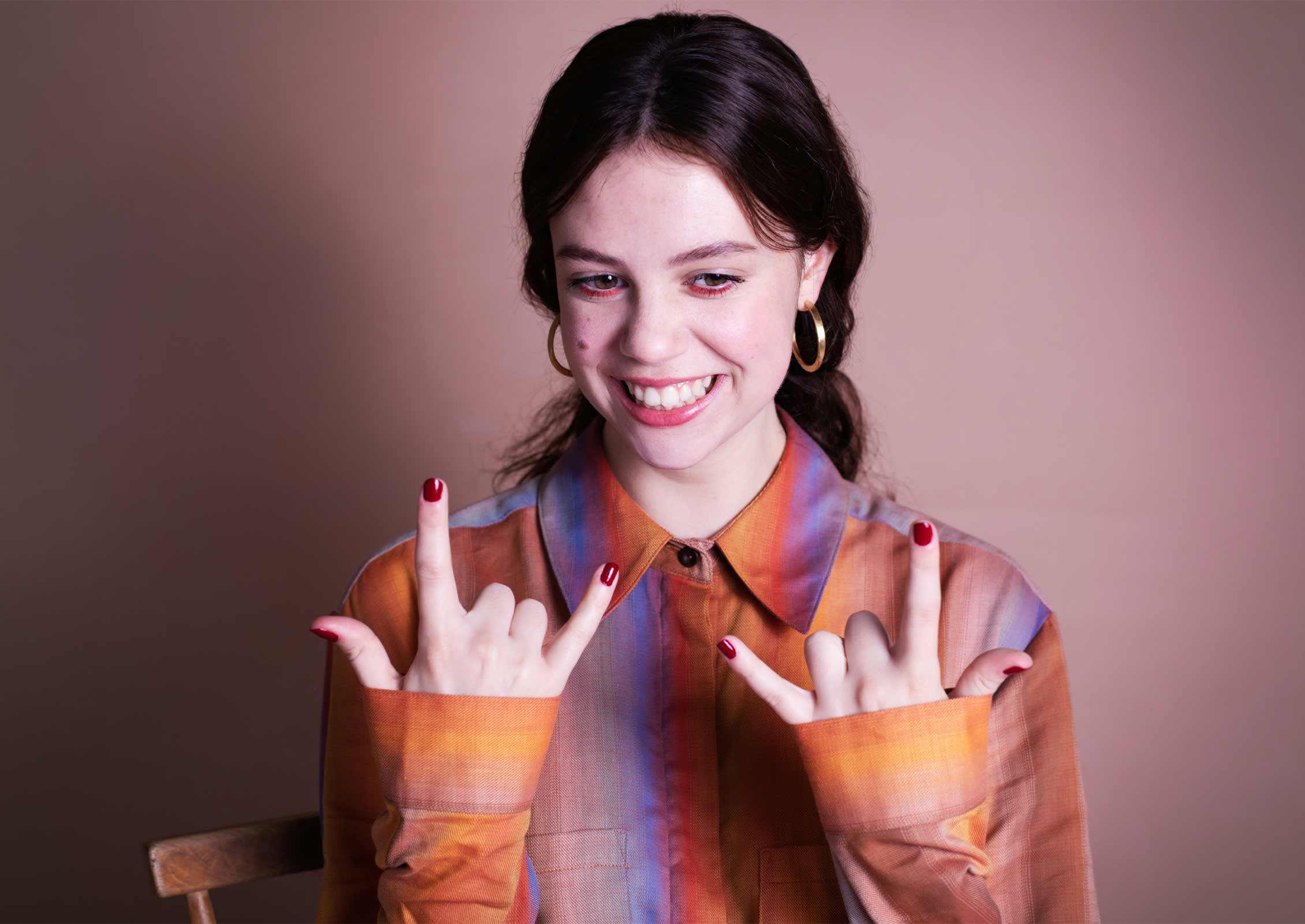 Your debut EP, ‘If That Makes Sense,’ just came out earlier this year and you’ve got ‘Because I Wanted You To Know’ already confirmed for release later in 2020. Has quarantine been a creative time for you? Were you inspired to create more music while at home or did you have these songs in mind from before?

I did struggle a bit when it came to songwriting in lockdown, mainly because I didn’t know what to write about and I didn’t have much inspiration going on. I think movies and listening to music that I hadn’t listened to in a while sparked some ideas for me.

“Robbed” is a song you released in July and my favorite song of yours. It’s mellow, beautiful, and tragically honest. What made you write a song like this?

“Robbed” is my most personal song. It’s the most vulnerable I’ve ever felt while writing and performing. So I thought I shouldn’t try and hide behind other instruments or cover up what I was trying to say. If I was going to write like that, I wanted it to be the main focus of the song.

I wrote it all in pretty much one sitting, on my bed at home, when I was around 18. I kinda just had a lot I wanted to say and I’m lucky enough that I can put all those things I think and feel into a song I can listen too.

Where do you look to when you’re running low on inspiration?

I have a notes page of one line lyrics. Whenever I think of a line, or I hear someone say something funny on the train, or one of my friends is going talking about another heartbreak, I write a line down in my notes. Then when I have a session with someone, I give them the notes page and they tick the lines that stand out to them to the most. Then we just talk about it and eventually come up with a concept to write about. 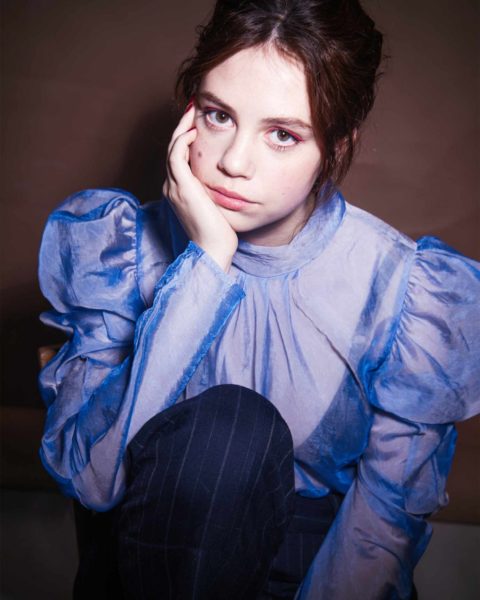 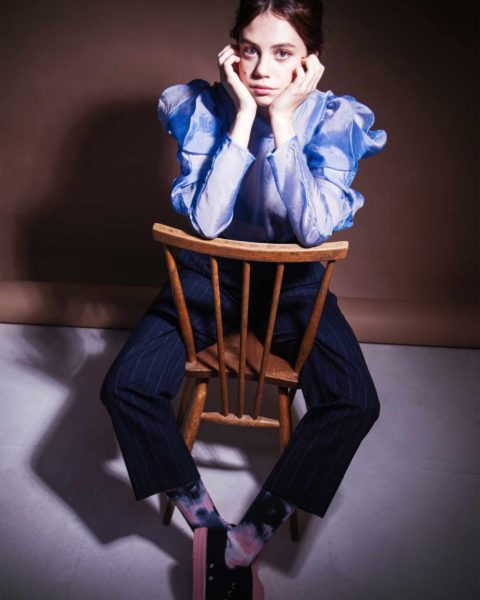 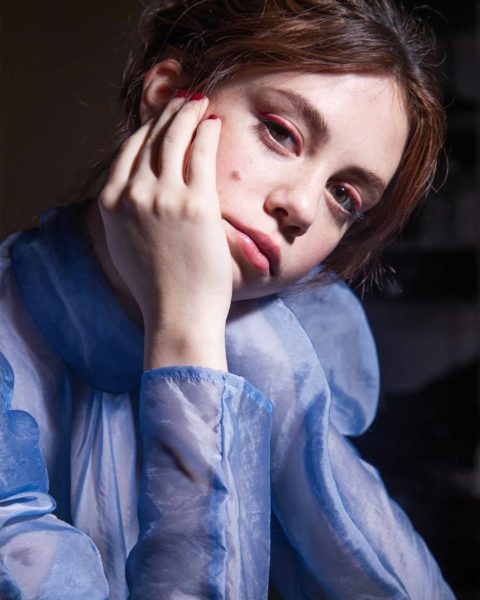 “For it is, as it is, as we are,” is a brilliant lyric you wrote in your song “As It Is” that’s also featured on your next EP. What’s the story behind that lyric?

I didn’t really know what I was going to write about in the session that day. A friend of mine was going through a break up at the time, actually, a few of my friends were. I found that a lot of them were reading into the emotions and reasons behind the breakup too much when from an outside perspective, it just didn’t seem to be. It was “as it is”. It was how things were meant to be, and though they may have tried to make it work, it wasn’t meant to be. Which is a really hard thing to come to terms with when you feel like your world just fell away.

Can you name some of the musical influences that inspired you to make ‘Because I Wanted You To Know’?

Lyrically, Laura Marling will always play a bit part in my writing. Sound-wise, I was very influenced by a lot of movie sound tracks. I love the sound track from Moonrise Kingdom and Juno. Also was listening to a lot of Julie Byrne and Melody Gardot and Matt Maltese, of course!

What do you hope your fans are going to take away from your next EP?

The EP is called “Because I Wanted You To Know” because each track is a message, that at some point in my life, I wish someone had said something to me. I want people to know that there’s always someone out there going through something similar, whether that’s a happy or sad thing.