After dropping her debut EP Like Thunder this spring, Orchid is trading irony for honesty, melodrama and passion.

Entering the era of ‘weird girls’ like Grimes, Shygirl and Nadia Tehran, it’s no wonder we’re drawn to Orchid’s mind-bending, alternate reality-inducing music. “Later”, a standout from her new debut EP, takes us on a ride, literally, through the musical dimensions of space and time as we watch the singer give herself over completely to the heady joy of a fairground ride in its accompanying video. Bookended by the aptly named “Juice!” and the ironically lulling, soft and gentle title track “Like Thunder”, the project as a whole is a ride in itself too –one that invites introspection as much as it celebrates all-out emotion.

Despite the impending dread of the Wi-Fi signal cutting out from Storm Eunice’s powerful blows, we managed to connect with Orchid one grey English afternoon to learn more about her contrastingly colourful sonic identity and her rich background in music. Born in Glasgow, raised in London and coming from an Iranian household, the artist has explored places from Ghana to Brazil, meaning her identity is, fortunately, more than a little hard to box in. Such a broad range of influences has helped Orchid carve a distinct space for herself – or find her voice, to put it plainly – in an industry that is overwhelmed with competition, and means that her music is enriched by her fusion of cultures, art forms, regions, beliefs, technologies and sensibilities. 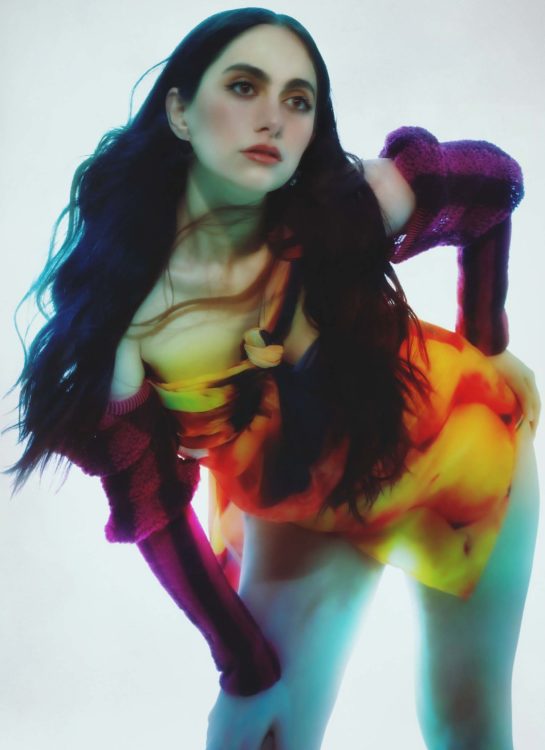 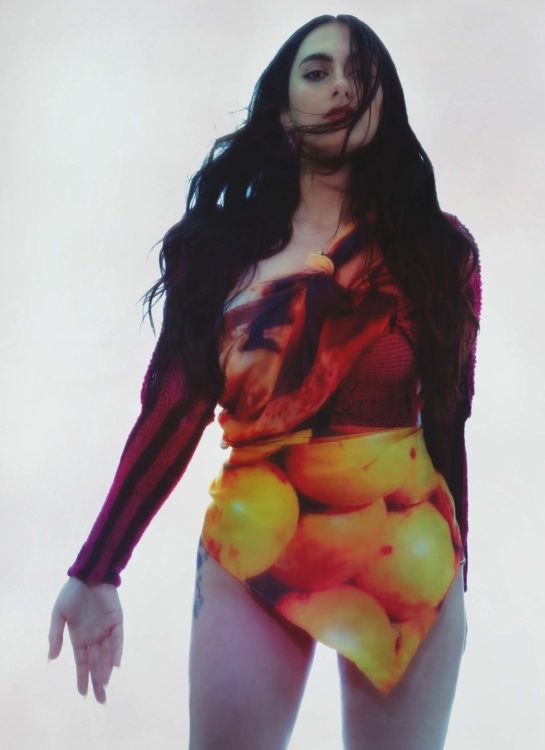 “Later” is a bit of a ride, emphasised by the music video shot on an old Nokia 3310 (which is iconic btw), which literally shows you on a fairground ride, starting slow, speeding up, slowing down again. What was the motivation behind this track?

It’s very directly connected to how I came to be with the person I’m with right now. I was very scared, and it’s about actually learning from that person. I’m a very – is highly-strung the right word?! I worry a lot about the future, and I worry about the prospect of falling in love and the fact that that might break at some point. The person involved taught me a lot about how that might happen, but there’s no point worrying right now, just worry about it later.

So I guess it’s a very honest confessional. It’s interesting because the style of electro-pop often doesn’t allow much room for introspection. But your music seems different, your lyrics are important to your songs. In that sense, how did you approach “Later” when it came to writing and producing it?

You’re right, lyrics are super important to me. When it came to writing the chorus, it was pretty open and honest, and it was something I’d written myself before going into the studio. It was very simple, saying it how it was. It’s very literal. It’s hard to say what my intention was, because this whole song really came to me.

The journey of the song within the three and a half minutes is very reflective of my journey with this person. The verse is very cautious, treading carefully. I was writing in this state that was more guarded, using imagery and metaphor. By the time you get to the chorus, it’s so open. The production sounds exactly the way it felt for me.

Your sound is most often described as electronic pop and it’s very club and dance inspired, so dance is something that’s really big for you and your music. Is that something you’re happy to identify with, or are there any other styles you’d like to experiment with in the future?

It’s almost a genre in itself to say that ‘I don’t wanna be boxed in!’, right?! As soon as anyone were to say ‘This is what you’re making’, I immediately want to say ‘OK, I’m making something different’. I love pop a lot. There’s a universality to it I just find incredible, that people all over the world can listen to the same song and all feel the same thing from it. That’s magic. There’s nothing in the world that has the same power.

As for the sound of specifically electronic, I think that’s quite limiting because I like to experiment a lot with different instruments. I’m inspired by the notion of pop and the sensibility of it, but I listen to a lot of stuff from all over the world, things that are a bit more dance-focused like garage. Dance is important to my music, less so in a club sense and more in that I’m always thinking about how a body would move to a beat. I don’t want to be bound to just pop or electro. It will always relate to pop, but I just want to make art.

Who or what in the current music scene is the most exciting to you?

People say that albums are dying, but albums are definitely a thing right now. I’m excited by how important bodies of work are. And how people get to go really deep into creating whole soundscapes, the art that goes along with that, it’s so rich. I want to do that. I think it’s really exciting. 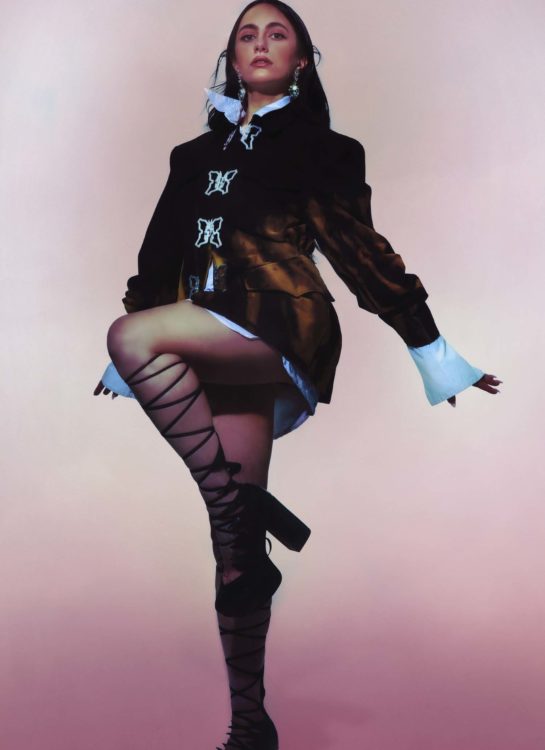 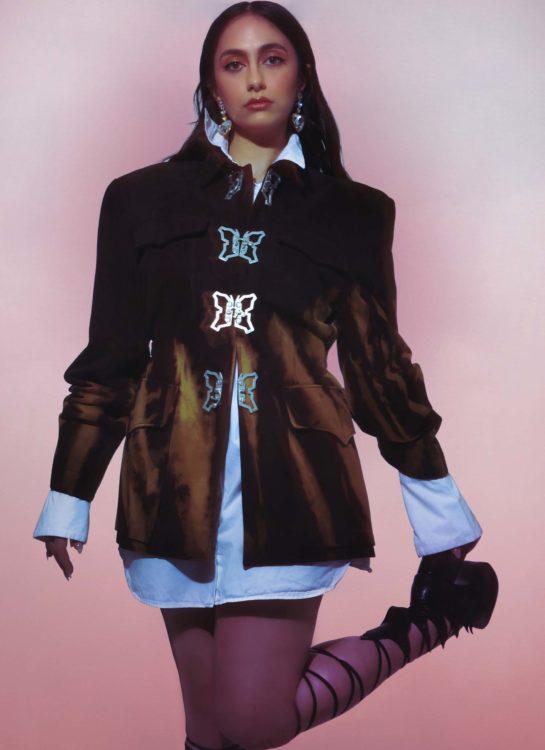 You directed, styled and did the background art for your track “Worship Me” – is directing something you enjoy doing, and can we expect more of you directing your videos?

I would definitely love to direct for other people too. I think there’s there’s something really incredible about working with people and all coming together on a collective vision.

Music videos are actually how I first started making music… I was in art school and I’m really bad at using my hands for stuff, so I was painting but I was not good at it. I was like, ‘Oh, I can’t express myself through this’. I started making installations, then I wanted sound, so I started making sound installations. Then I thought, ‘What if it was an image… that moved?!’ As if I invented the music video! So I shot some stuff, then it needed words, so I made a song. It was really bad, by the way…

I don’t believe that.

Well, we’ve all gotta start somewhere. What’s next for you? What can we expect in 2022 from Orchid?

More, of everything. Everything I’ve released so far has been part of the beginnings of this world that I’m trying to build through my music and all of my art. This year I’ve been getting fully immersed in that and starting to really flesh it out, making it a real place that I can share. I’m collaborating with a lot more people – artists of all kinds. I want to dance more, sing bigger, try new sounds, make wilder visuals, throw myself in at the deep end. Everything I’ve made so far has this tinge of irony to it, and actually this year I’m having a cleanse of that and becoming more interested in honesty and melodrama and passion. I’m super excited for where that could take me. 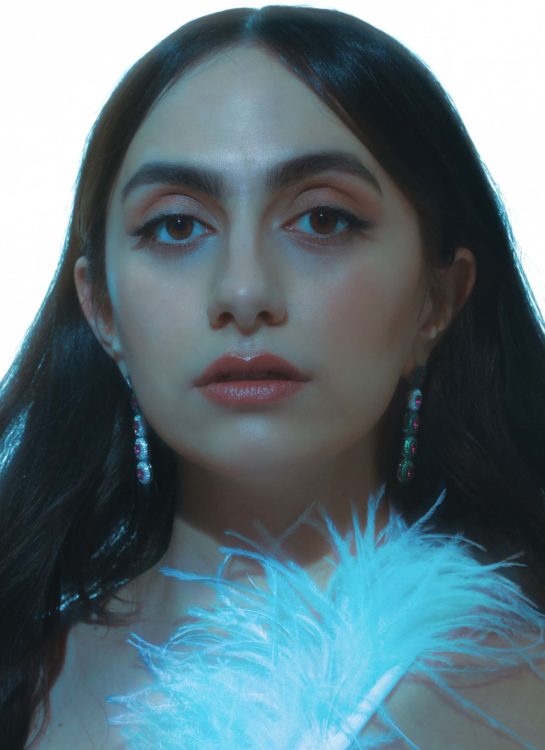 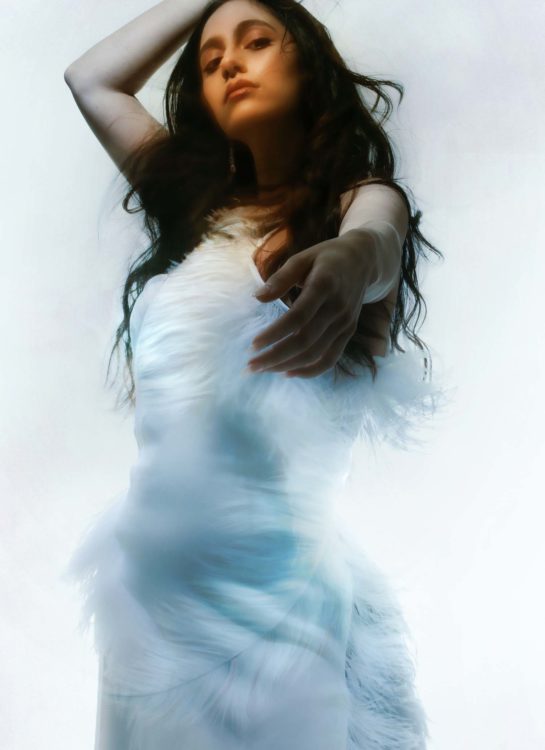 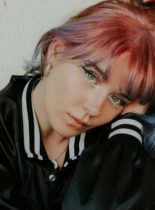 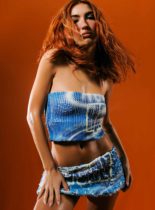