“I remember it so clearly — it was real crying, a guttural cry. Like, ‘This is meant to be’. Recalling the moment she was given her first piano as a child, Mysie describes music as a calling she couldn’t ignore. With her grandfather, Israel Magembe, credited with bringing jazz music from Congo to Uganda with his band Kampala City Six, it’s deeply rooted in her own history in a way she feels compelled to carry forward and honour in her own life and work.

Drawing inspiration from influences ranging from Chaka Khan, Alicia Keys and Aretha Franklin to alternative artists J Dilla, Flying Lotus, Thundercat and Moses Sumney, Mysie has crafted her own melting pot of sounds she calls ‘intimate indie soul’. After establishing herself with debut EP Chapter 11 in 2019 — a project that earned her the Ivor Novello Rising Star Award the following year — this summer she’s back with her sophomore EP, ‘Undertones’.

Made in collaboration with Mysie’s mentor Fraser T Smith, the five-track record moves between moments of intensity and composure. Whether she’s asserting her own space on “Don’t Take It Personal” and “Keep Up With Your Heart”, or celebrating the thrill of infatuation and impulsive emotion on “Seven Nights” (a track she wrote after jumping on a plane from Croatia to Italy to see a boy she’d been dating for a few weeks), ‘Undertones’ embraces vulnerability and all of the lessons she’s learned from being in love, as well as how healing from those experiences has ultimately brought her closer to herself.

Mirroring the growth she’s been going through personally, Mysie is undergoing a similar evolution within her music — “the constant evolving, changing, shifting” — and even though we’re experiencing ‘Undertones’ for the first time now, she assures us she’s already outgrown that version of herself to make space for something new. 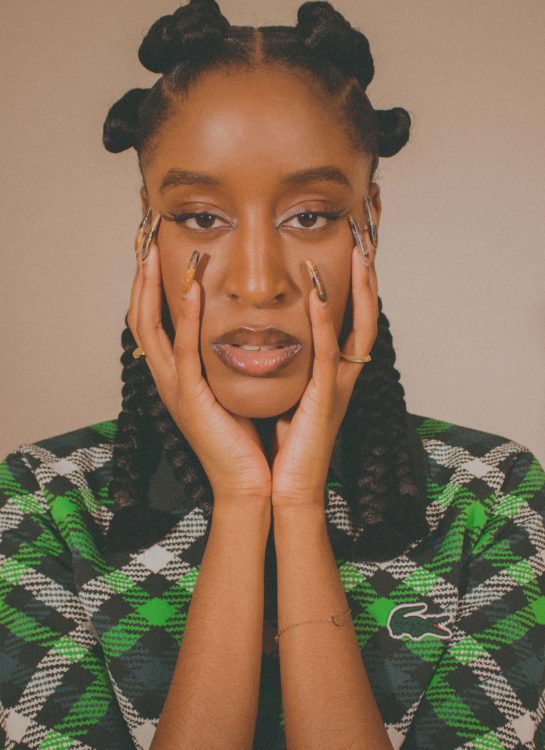 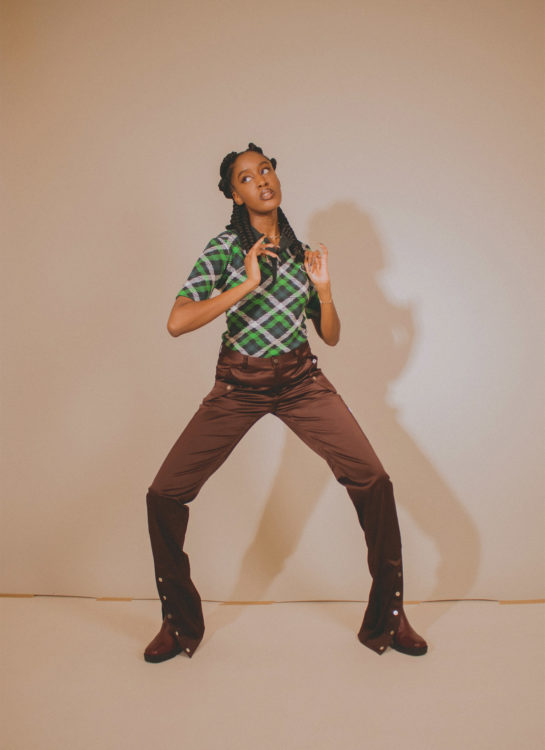 Last year felt like a huge year of recognition for you as an artist — how did you experience that at a time when the world was going through so much change?

Last year was mad! It was slightly conflicting, because all this great stuff was happening for me in the midst of very dark times, if I’m honest. Everything that happened with BLM, even with the pandemic and all the things that have come out of it. It was a very strange time to celebrate the greatness that came out of last year for me and my career. But I feel like it was very necessary because there was a lot of stuff that I hadn’t addressed — traumas that I hadn’t addressed, past experiences that I didn’t know just weren’t acceptable. It really has changed me in a way that I would have never imagined. I really didn’t expect 2020 to be what it was and I see things from a totally different perspective now; I’ve been looking deeper rather than on the surface. I feel like as I’ve developed during this time my music has developed, so the EP you’re hearing is from a very specific time in my life. I’m in a different space right now. As dark as it was, I think last year was really needed. There’s an awareness here and now, and I hope that can come through with my music as well.

Embracing love and all of the experiences that come with it is a theme running throughout the EP — what’s the overarching story or message?

I would say Undertones is really about those underlying feelings of excitement, love, healing. There’s so many different things that grow underneath the relationship that [are] never addressed. It’s such a cathartic piece for me and I feel really the overall message is, essentially, don’t fall in love too soon. Life is a journey, and for me, love has been such a journey. But it’s work in progress!

Those underlying feelings are so universal but often what people find hardest to articulate, do you hope your music will connect with people and help them work through their own experiences? 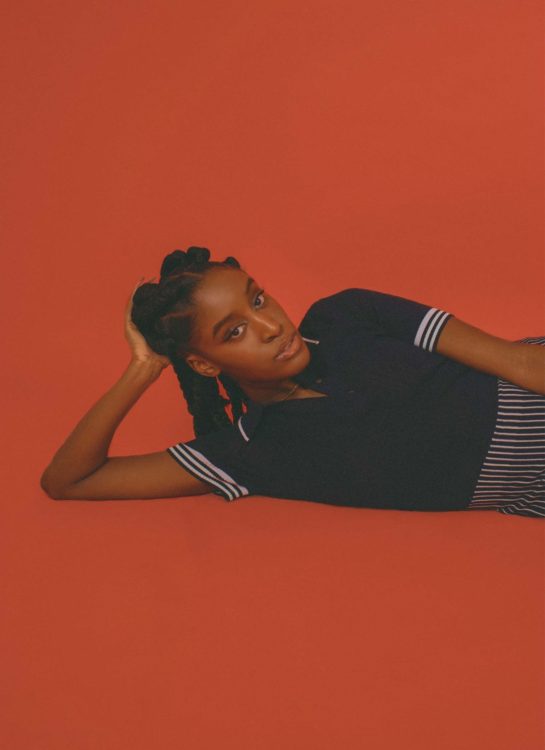 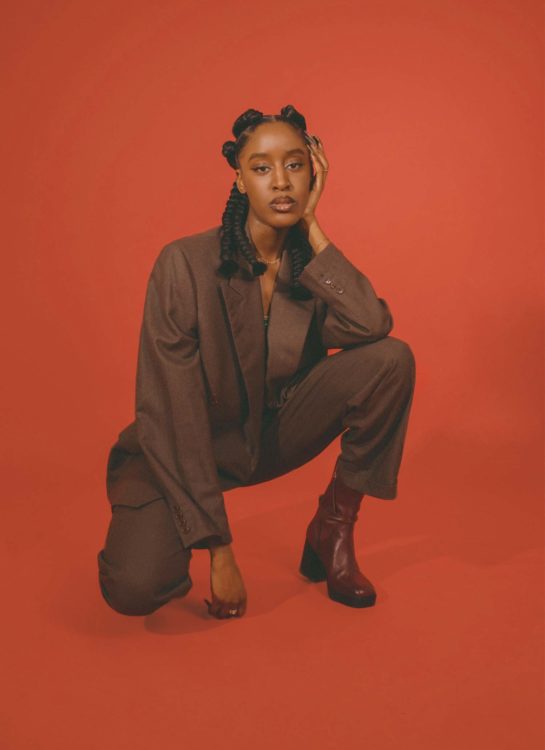 Has establishing boundaries and putting yourself first also been a journey for you in your career?

Honestly, the highs and lows of relationships are literally parallel to my career as well. I’ve been doing music since I was 16/17; it’s very young in the industry. I hadn’t even found myself as a person. I’m still finding myself now… You definitely learn lessons about your relationships within the music industry and how to deal with certain situations. I’m really not out here to keep on repeating the same mistakes, I want to learn and I want to progress — whether that’s me as a person or me as a creative, as a musician. I don’t mean as in success, I really do mean about my artistry and making sure that develops.

Looking beyond the release of Undertones, what are your goals for the rest of the year?

I want to do my [next] EP, so I’m already in that space right now. And I obviously want to play! I think a milestone for me is developing my sound and developing me as a person. This year I’m really making it a focus to focus on myself — whether that’s my health, my mental health. That’s the most important thing for me because to develop that, that means that my music will be going that same way. 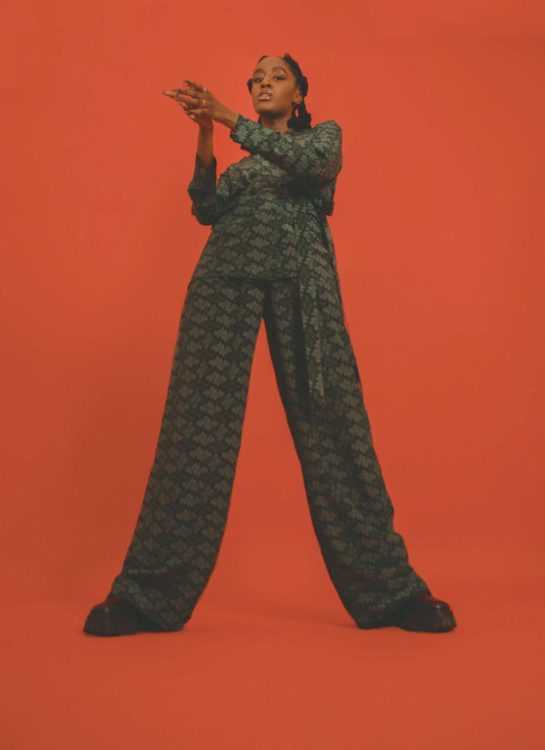 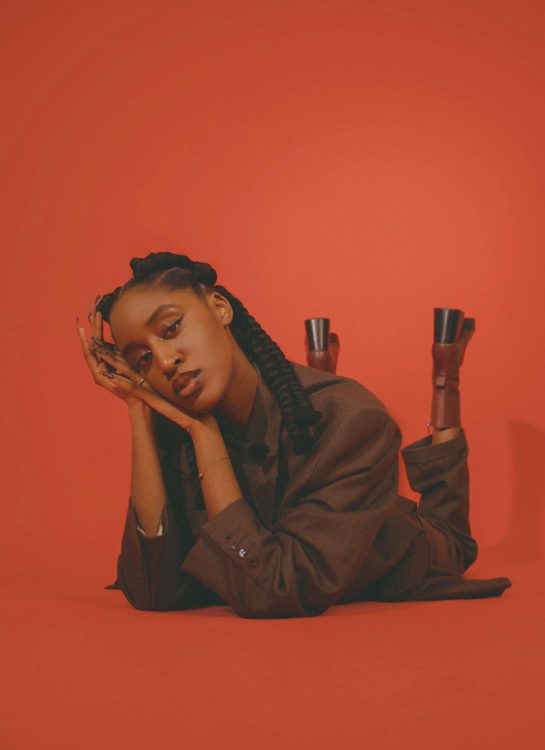 When you’re making these commitments to developing yourself and your sound, what drives you to keep doing what you do?

Music’s so in my blood, and I know this was so meant to be because my grandad left this world and left his country with such a gift. He helped people through times of darkness in the 50s in Uganda and he put smiles on people’s faces, he healed people, he left a legacy. I really am here to carry that on and to carry on his name. It’s just in the blood; it’s where I’m meant to be. Even from that seven-year-old girl that cried when she got her first piano, every time I’ve looked the other way music always brings me back and just makes me feel at home. It helps me through, it’s my way to articulate and it’s my way to communicate. I don’t know what I would do without it. Even during the lockdown period, what a saving grace. Especially during the pandemic there was a magnifying glass upon why this really is my life and I was born to do this. This is my purpose — I’m here to make music, to help and to heal and to make people feel good.

As your platform grows, how do you want to use your voice?

The ultimate thing for me is to make sure, especially in the industry here, that we amplify Black female artists and women of colour. It’s so, so important in this industry and in all genres — whether that’s genre-defying, whether that’s rock, whether that’s alternative music, whether that’s indie. You, as a Black woman, can do that as well. It’s important that we keep on amplifying, that we keep on raising that awareness and making sure that we are totally and completely diverse. When I was growing up, I felt like I didn’t see as many Black female pop stars, and very specifically, British. I think things are happening, things are changing because people are getting aware. That’s the first step: acknowledgement and to talk about it. The next stage is actually doing it. 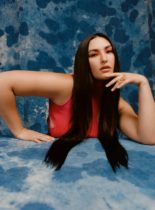 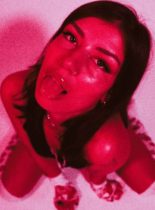 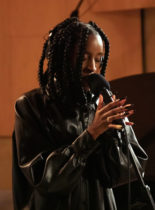