Whether he’s crafting intricate bars or stepping back to frame the bigger picture, multi-faceted MC AVELINO is setting the pace in UK rap championing diligence, versatility and independent thought.

“I had a beautiful conversation with my niece today,” Avelino tells me over the phone on a warm Friday afternoon in late August. It’s been about a month since the 28-year-old dropped his latest mixtape, Ego Kills, and he has been enjoying the decreasing surreality of post-pandemic life ever since; socialising, performing, and simply being among people again. The reception to the mixtape has been positive, its beat-heavy embracing of being back at clubs and festivals providing the perfect ray of sunshine to an otherwise lacking British summer. More on that later, though.

For now, back to the conversation with his niece. “She was talking about gymnastics,” he says. “Obviously she’s only just started doing it but she’s proper enjoying it. I said to her — and this is when I knew this kid was going to win — I said to her, ‘Ah, so you want to be a gymnast, yeah?’ and she said: ‘I already am a gymnast’. That’s the mentality. She’s six years old, brother. That’s how you make it.”

Self-belief and a sense of purpose clearly run in Avelino’s family. Having started out by uploading DIY-style freestyles to YouTube at the start of the 2010s and a debut mixtape in 2013, it was his sophomore project, 2014’s Iconic Ambition, that planted him at the centre of the UK’s rap scene. This was an exciting time, Avelino’s rise coming in the wake of grime’s much-publicised renaissance, or rather, the roots of its eventual domination of pop and chart music that we are seeing the fruits of today. However, though it provided a welcome backdrop, Avelino didn’t need the help of any external context to realise that making music was his calling. This was something that he was born to do. 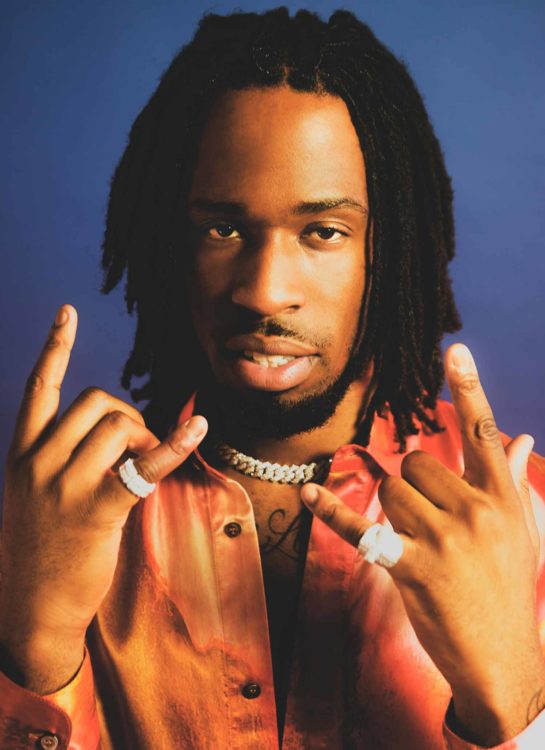 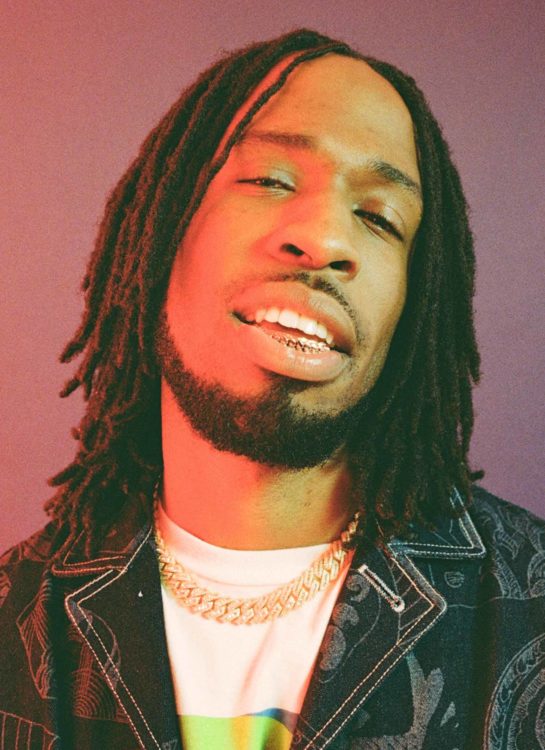 “I’ve always pursued this as a thing that I need to do,” he states matter-of-factly. “I was a rapper before I made a penny; it’s just my life. That’s what I am here to do. Nothing has changed from when I first started writing bars or making music in school.” Having realised in secondary school that he could channel his talent and passion into a career, the mentality, much like his niece’s today, remained the same. “I just make music. I wanna express myself the best I can, I want to technically improve as much as possible. Music is who I am, that’s just what I do.”

It’s not difficult to see why a young Avelino would have such a level of confidence in himself and his abilities. He is, after all, blessed with an array of talents that make him a one-man army in so far as curating a project is concerned. A bar-for-bar spitter by trade, he has a keen ear for a litany of production pools. He is also an adept singer, scoffing at the notion of singing making him nervous (“The recording studio is a safe space; it’s our temple, our shrine, our altar. We go there to be ourselves completely, so nerve-racking? Not at all.”) Most importantly, however, he is humble and constantly striving for improvement. “We will never be the finished article,” he tells me, one of a series of wisdoms dropped throughout our conversation. “But the beautiful thing is that we will keep trying to be. The job will never be finished. The fight to be great is the fight to the death, bro. It never ends.” 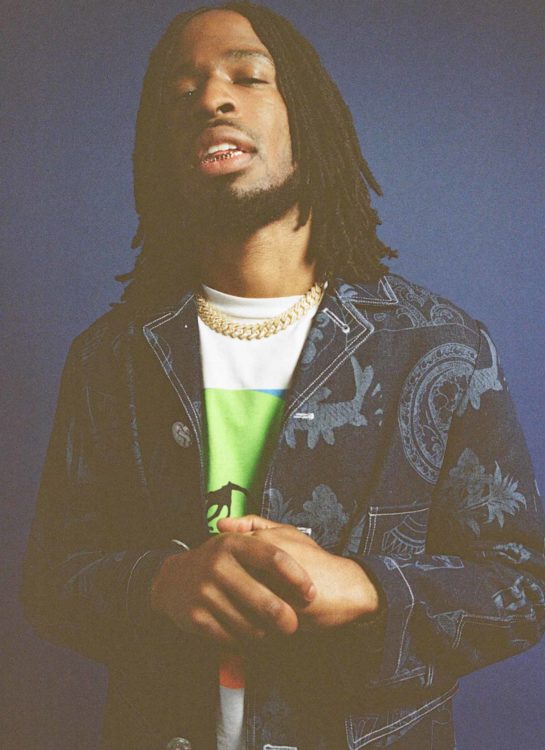 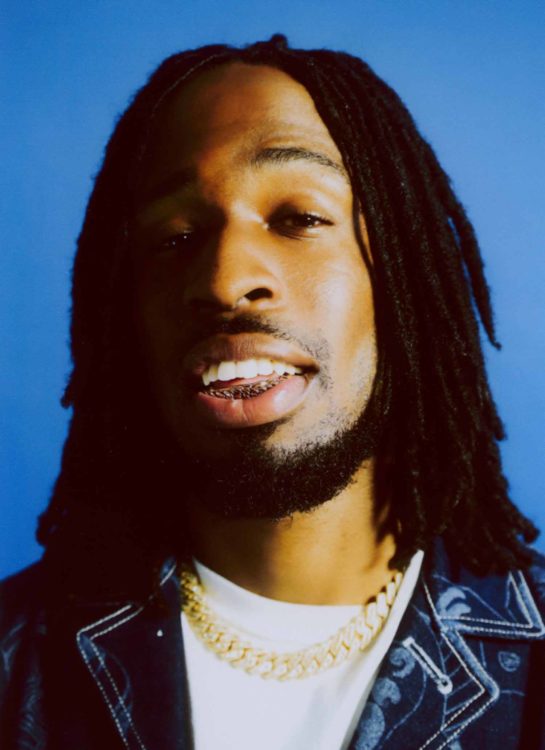 Listening to Ego Kills, it is clear that this is an artist who practices what he preaches. Having released the project off the back of a four-year hiatus — well, as much as a period in which he released various singles and collaborated with the likes of Dave and Stormzy can be referred to as a ‘hiatus’ — the improvement in his music as an overall
listening experience is evident. In a recent interview referring to other artists, he made the point that “we all fill different spaces — as much as we need Kendrick, we need Future too,” but on Ego Kills he is both, filling these different spaces himself within the confines of one mixtape. The project is stylistically influenced by various divergent production pools: grime is of course smattered throughout the mixtape, and drill fans will get their fix with SL-supported “Waze”. However, there are also more acoustic, guitar-filled elements in there. Songs like “Easy” and “Control” and other laid-back movers are littered throughout. At points, he even leans into some more stateside sounds.

Despite this, the mixtape has an identity; it isn’t random or disorganised, and it’s almost characterised by its range. “I always knew I would keep it together by what I did on the songs, and make it cohesive in that way,” he explains. “I just wanted for people to be able to both take in every lyric I’m saying, but also, you know, have the vibes locked in to a point where the music can just run without having to listen too closely. There was a kind of a balance that I was trying to find.” As Avelino points out, it’s his lyrical and temporal prowess that acts as the golden thread tying the mixtape’s range of sounds together, the rapper acting simultaneously as a frontman and a conductor of sorts. Regardless of mood, his flow is chameleonic, fitting perfectly with the production but also keeping us on our toes and not letting us get too comfortable. 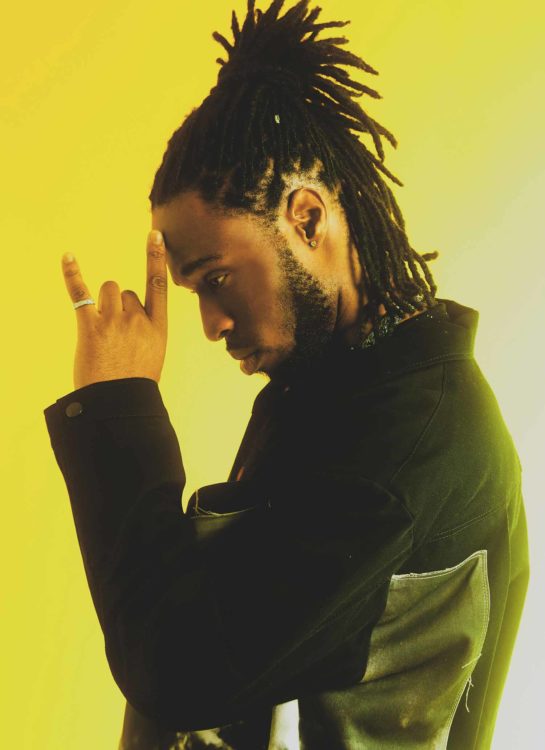 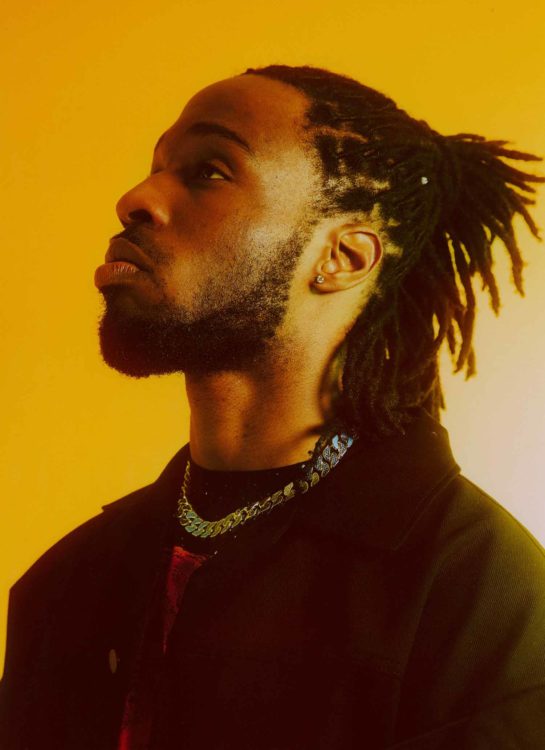 In “100K” for example, the flow is skippy and uptempo, playing with cadence in a relatively staccato manner with bars like “Spaceship in the cock-pit, pulled over she hopped – in”. Conversely, on “Control” it is mellow and consistent, riding the beat rather than fighting it. “It’s instinctive, the music just tells me what I’m gonna do,” Avelino muses. “So in terms of “Control”, the song has got to have very laid-back flow, ‘cause I’m taking it easy as the music suggests. Or, like, “Right 2 Left” is melodic, but then there’s no actual chorus that repeats, the rhyme scheme’s all over the place… The music, the message, it all contributes to the flow.” While some rappers pride themselves on cultivating a flow that is recognisable and unique to them, Avelino sees this as somewhat constrictive. “If I had one flow, I would be limiting myself,” he says. “I’ve got to put my best foot forward, and that is many feet.”

Thematically too, the mixtape refuses to sit still. This is not a monolith, rather a piece of work that spans different areas of life, inserting itself into the various facets of Avelino’s daily existence and expressing them to the reader. Sex and love manifest themselves as things to cherish throughout the project, something that Avelino sees as an inevitability, such is the importance of women in his life. “It’s a natural expresser; speaking positive, nice words to a lady is just something I enjoy doing,” he explains. “I like making women feel good, or uplifting them, or making them want to dance or vibe. It’s a beautiful privilege.” On the flip side of this, he is not afraid to delve into more difficult facets of his upbringing. Bars like “Tell me how could I have road rage / When I’m not the one driving? / Follow my dreams now man don’t have to get followed by sirens / Black Beatle boy let me holler my stylist” from “100k” speak to his journey, the essence of which he sums up in a rallying cry towards the end of the album: “from the gutter to glory, bitch”. 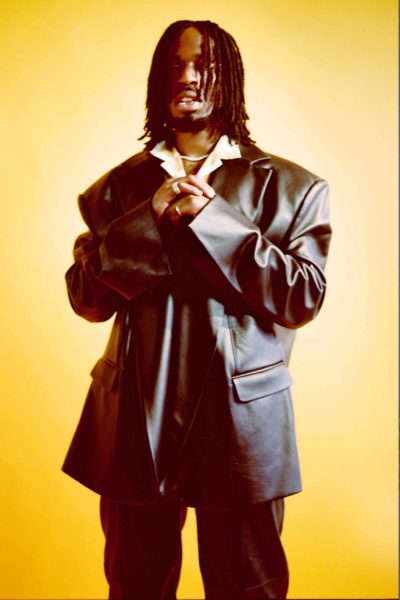 In Avelino’s eyes these themes are an inevitability, forming part of the very fabric of rap itself. “The essence of what we do is from struggle,” he says. “For me, there’s no surprise that the places with the worst reputation for crime come out with the most people who do rapping and express their experiences in that way. You go all the way back to across the pond, and the essence of hip-hop comes from struggle. So my point is, when I’m speaking about past experiences and struggles, I’m tapping into the very essence of what made us rap in the first place, which we should never lose.”

The stark contrast between life at the top and the experiences it took to get him there is given air by Avelino throughout the mixtape, the rapper skilfully playing with juxtaposition and contrasting imagery to highlight his journey toward success. In “Prey”, perhaps the project’s most introspective look back at the artist’s life, we hear him rap: “Worn out, still ain’t got rid of that trauma / Ever seen a sawed-off? / Streets get hotter than sauna”. A few lines later, that contrast is distilled down to a double meaning on a singular word: “Tryna get rid of that quarter / Last year I really done a quarter-mil”. Avelino is surgical with his lyrics here, needing few words to conjure vastly different contexts, and it is this deftness that really sets him and this mixtape apart. “When we’re being braggadocious, it’s about context, ‘cause I’m talking about where it comes from,” he explains. “There’s a bigger picture. It wouldn’t be the glory without the gunk. The bigger picture is the most important image.”

Since he burst onto the scene in the mid-2010s, Avelino has not looked back – but neither has the world of music within which he operates. What was once seen by many as an underground, London-centric movement has grown into a global phenomenon, and Avelino has consistently been at the forefront of the movement. When Stormzy performed his headline set at Glastonbury, perhaps the most visual symbol of how far a genre has risen in popularity and mass appeal in such a short space of time, who was the fourth artist he named in his now-iconic ‘roll call’ of young rappers breaking onto the scene? Avelino. To the 28-year-old, however, it is not all about personal glory. “All I can see is a lot of brothers from the streets, from council estates, from public schools, getting a lot of money and making something of themselves,” he replies immediately when I ask him what he thinks of the state of rap today. “I struggle to see any negative in that. Just a lot of people getting money, and bringing their people with them, and making quality music. We’re in a better position collectively than we were years ago, so I can’t see the negative.” 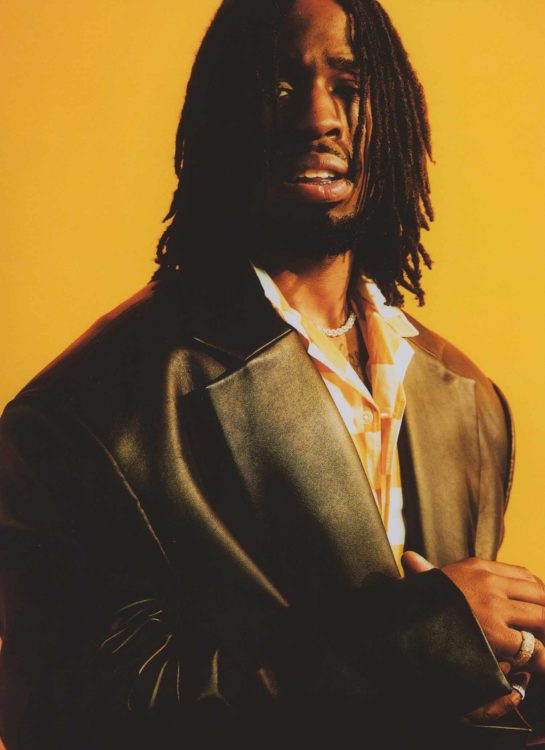 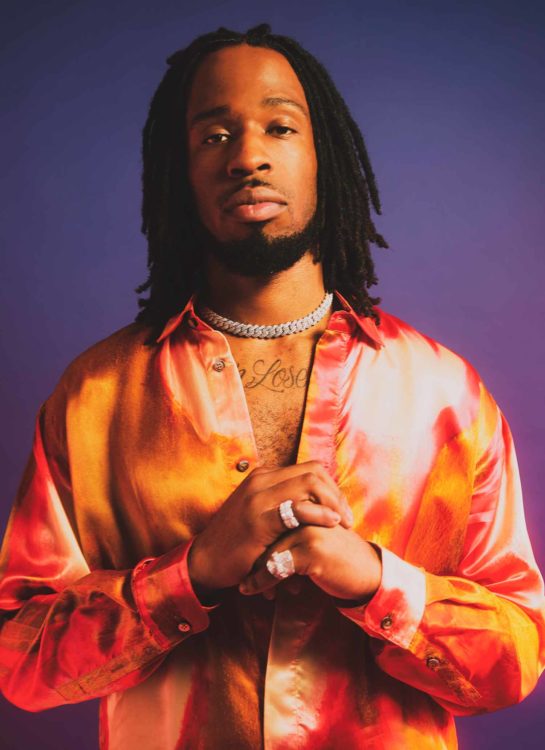