With only six singles under her belt, it was the emotional, empowering and almost hymnal “Good Without” that broke into the UK Top 10 and skyrocketed Mimi Webb into the stars. By the time we speak in early August, she has already made her US TV debut on The Ellen DeGeneres Show, as well as sung her heart out for Vevo DSCVR and Amazon Prime Day, with hundreds of millions of streams to her name (and counting). In this fairy tale, however, Mimi didn’t need a fairy godmother, she made all the magic happen herself.

At the start of the year Mimi made a manifestation board, writing down all the goals she hoped to achieve in her burgeoning career. She plotted out a roadmap, estimating when conversations would start happening for her, reckoning that things would ramp up towards the end of the year or even the start of 2022. Life had other ideas, however, and she found herself in a whirlwind of TikTok virality, with support from the likes of Charli D’Amelio, festival bookings, a Times Square billboard and mind- blowing streaming stats as early as spring. “It was just s surreal, I really couldn’t get my head around it,” she recalls, still wide-eyed from the ride. “At the start when everything was happening, I didn’t know how to get it through on social media because it’s happening to me in the moment. Something like The Ellen Show, I could talk about that for months and months, but then there’s the next thing. It was definitely crazy, but you’ve got to keep going and taking every day as it comes.” Nevertheless, the new star tells me that her feet are firmly on the ground. “It’s very easy to want to dwell on what’s happening and soak it up for months and months because it’s just so surreal. But you just have to remember it all and pack the memories in your head.” 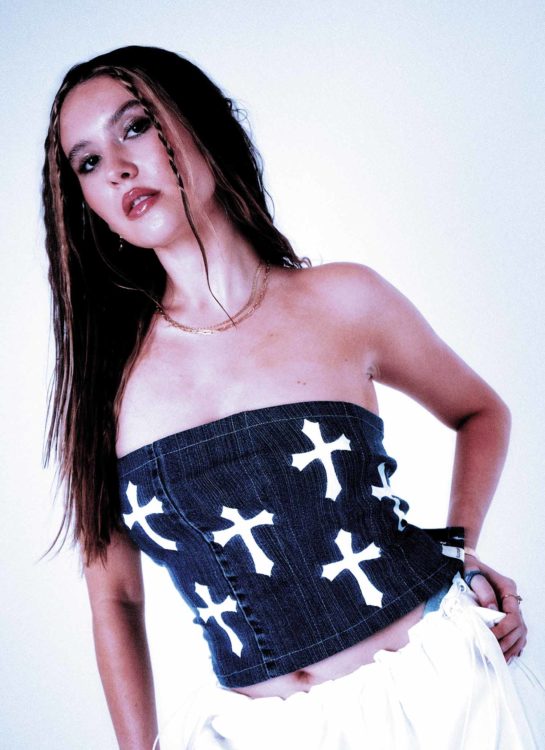 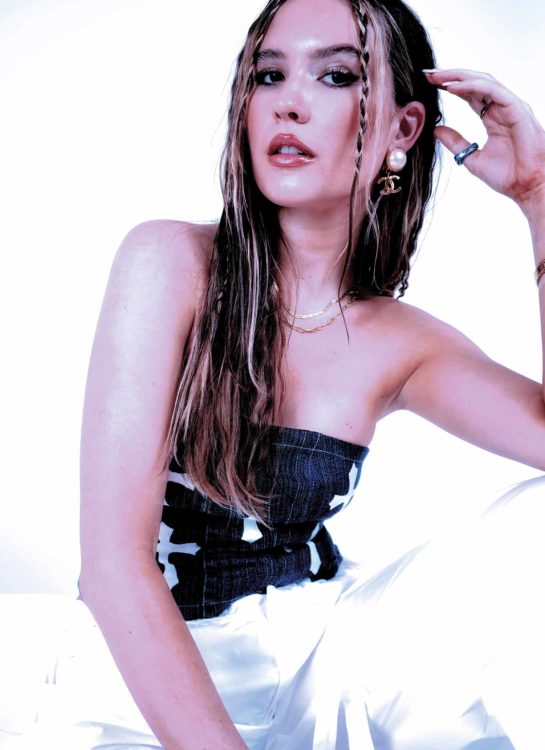 A steadfast drive and mentality to keep pushing forward has undoubtedly solidified Mimi’s presence. Rather than letting the dust settle after “Good Without” took off, she continued to build her fan base with another stirring ballad, “Dumb Love”, which entered the Top 20, and then more recently, the goosebump-inducing single “24/5”. Singing about love, heartbreak, relationships and everything in between, Mimi’s songs are inspired mainly by her own experiences but peppered with those of her friends too. “I kind of take from my friends what they’re feeling and then put it into the song to recreate that feeling I also had,” she explains. “You have to really pull on your heartstrings and your emotions; you do need to revisit things that you left behind a long time ago. I think as a songwriter, you can’t really move on from anything because you’re always revisiting it. But there are also situations where something will happen and I’ll maybe dramatise it a little bit to make it more intense. It’s quite nice to be able to control emotions; revisit and go back to those times and create art from it.”

If her ex made a song, I pry, what would that sound like? “From my experience, I think it would be a realisation song about what actually happened. I think with my songs being out now and them hearing it, maybe they would be like, ‘OK, I get it. I get her now’. Finally!” Mimi’s is a cheeky, contagious laugh that veers between a sweet chuckle and a hearty cackle, depending on the matter at hand. “But you never know, it could be a bad, bad song!” she squeaks, putting her hands to her face as that infectious cackle escapes. 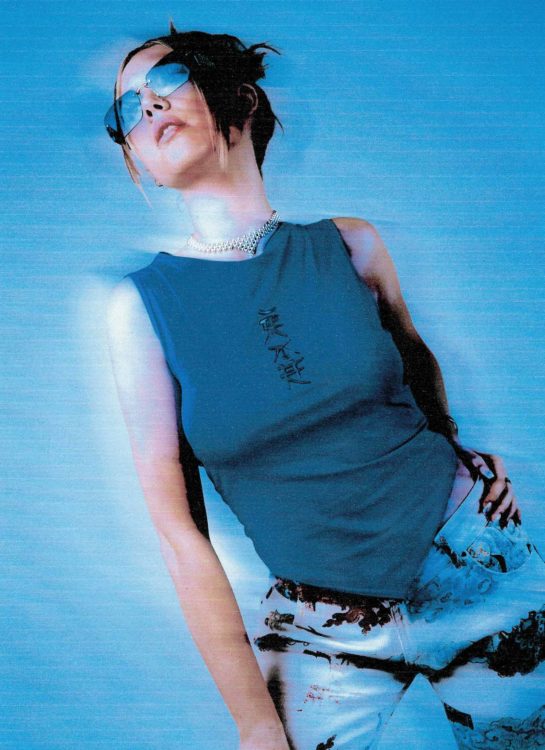 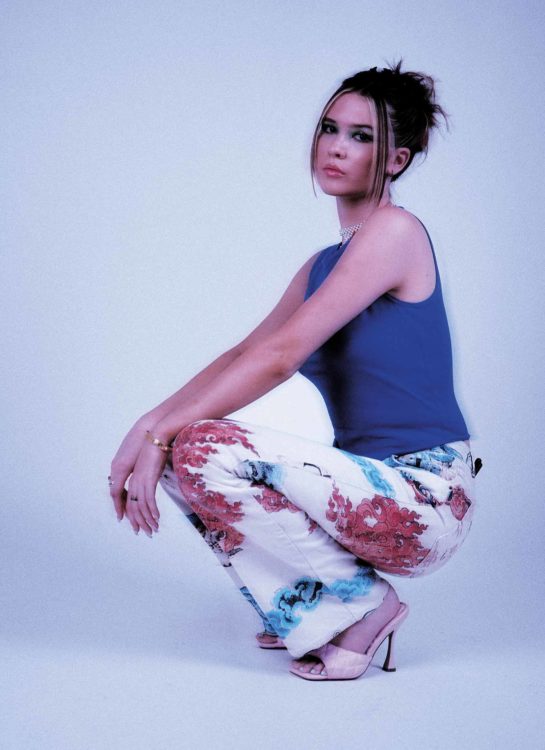 Making such open and vulnerable music has always been cathartic for Mimi. “Growing up, I always struggled to get my emotions across by talking; I just never really got the words together. So being able to put it into a song and get it out feels so good because it’s off your chest and it’s out there and whoever the song is about, that person can listen to it and understand it,” she says. In fact, she reveals that her ex did get in touch after they heard her music to say they finally understood her point of view and to share theirs too. “It was a nice closure,” she admits. “You don’t always understand situations, and there really are always two sides. That was a really big lesson I learned because I thought I have my side to it, which is a really valid side, but then they also have theirs. And that’s when you’re never going to agree if people have two completely different sides. So I realised that it’s really nice to end any bad blood and just be friends.”

Her new EP, Seven Shades of Heartbreak, explores all the “different sides and corners of heartbreak and all the different shades that I’ve been through with it.” Keen to show not just the highs and lows of her past relationship but all the grey areas too, it’s set to be a real “storytelling experience” that will further carve Mimi out as a leader in the UK pop ballad space. “I built my whole sound around this EP; now I’m very confident in who I am as an artist and what I have to say and what music I produce from all of that,” she reveals. “It really structures my sound. I think people are going to know a lot more about me and see that there’s a lot more than meets the eye – especially with the mixture of songs that are in there, there’s always going to be a surprise within that EP.”

Citing her key influences as powerhouse vocalists Amy Winehouse, Adele and Sam Smith, like her heroes, Mimi’s ability to tap into both vulnerability and strength through her music is winning her legions of fans around the world. Currently, she’s tip-toeing towards six million monthly listeners on Spotify alone. “I never expected it,” she affirms. It’s easy to quantify things numerically since we live in a world where streaming and followers dictate popularity and trends, but Mimi quantifies her success by the resonance her music has with people. Always keeping an eye on new DMs and comments, she cherishes the interactions she has with fans both old and new. “The fact that these people feel comfortable to let me into their personal life and speak to me about it and they want to get advice from me [is amazing],” she says. “You kind of get to know everyone through social media just because you see the name so often.” 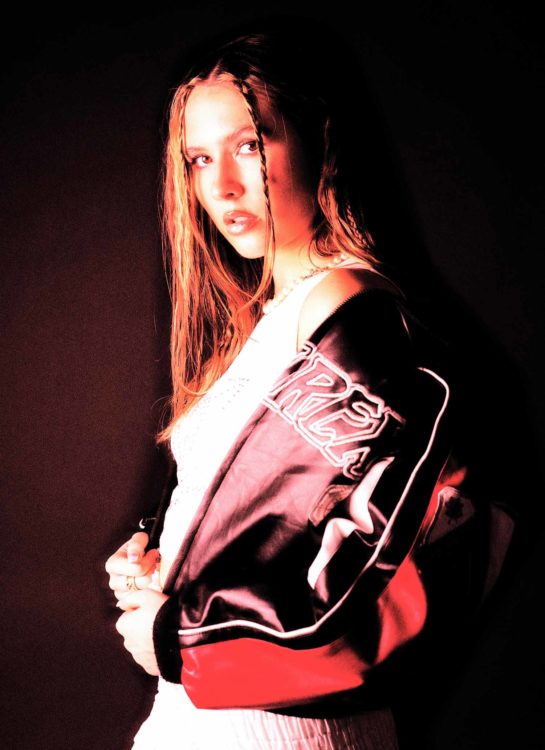 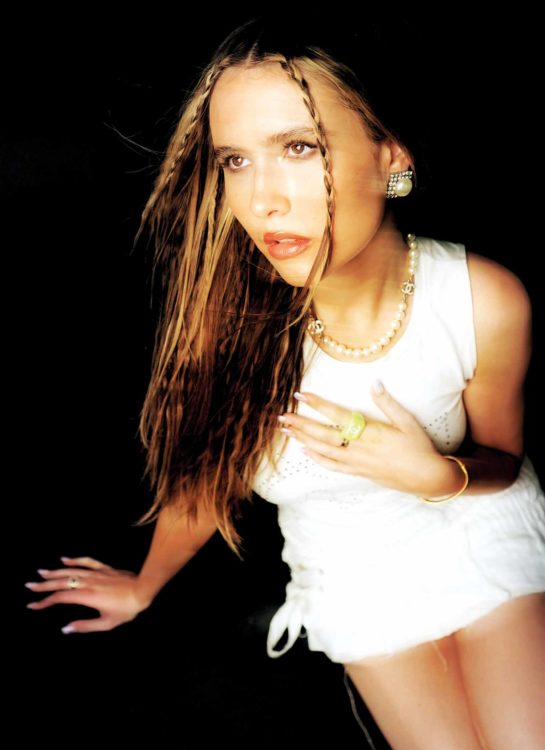 However, like any digitally-fed Gen-Z, Mimi knows the importance of a constant social media buzz for artists. Whilst she “gets all excited” seeing new TikTok comments and duets on her videos, she does also speak candidly about the pressure she – and many other artists – feel to be constantly engaged on social media. “You’ve really got to make sure you get information across in the right way and be on top of your game, even though you’re probably doing five shoots a week and loads of shows every month,” she explains. “It’s very intense trying to keep on top of it and share the information that you know your fans need to see. You want to make it look good and you want to come across really great. I’ve always been the girl next door vibe so I’ve just shown what I’m up to and what I do, but I think there’s now that line of making sure you’re keeping a mystery as well and to keep everyone super interested and ready for new information. I think the more you grow, there are definitely more lines you can’t cross. And it’s just getting used to that – becoming an artist and a brand.” Despite this, it seems Mimi’s mind is ahead of the game already: “I’m getting to the point now where I’m making sure I stay organised and on top of it. When I do that, I feel like I’m getting through it all well,” she relays.

The way Mimi Webb speaks, you’d think she was an industry veteran. Carrying a wise head much older than her 21 years, ever since she set her mind to a career in music, she’s not let anything stand in her way. Training at the prestigious BRIT and BIMM performing art schools in London, she had such a razor-sharp focus on her dreams that she relocated from her hometown of Canterbury in Kent at just 16 years old. Her parents have “always been super supportive,” trusting their daughter’s decision to leave home and follow the path that was clearly waiting for her. “They’ve never pushed for it or tried to motivate me. They’ve always just let me get that from myself.”

Although she might have been following the yellow brick road to stardom, the path wasn’t always smooth. There were times that Mimi questioned everything from her sound to her ideas, feelings exacerbated by the constantly revolving door of TikTok trends, new music videos and genres. “It’s never-ending,” she asserts. “As a new artist, you definitely go through that worry and nervousness, but I think that’s just natural. I was always like, ‘Right, whatever comes my way, you’ve got to push through’, because I think that is the biggest part of the industry – the challenges and the obstacles coming up.” Mimi takes these hurdles in her stride and stares them in the face, even using the experiences and lessons learned for lyrical material. “It’s kind of a win-win, in a way,” she laughs. “All the challenges that came with it just made me more hungry.” 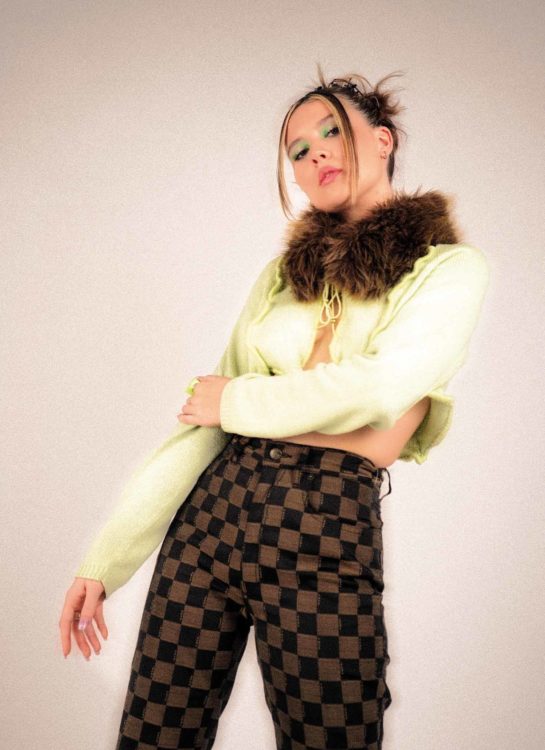 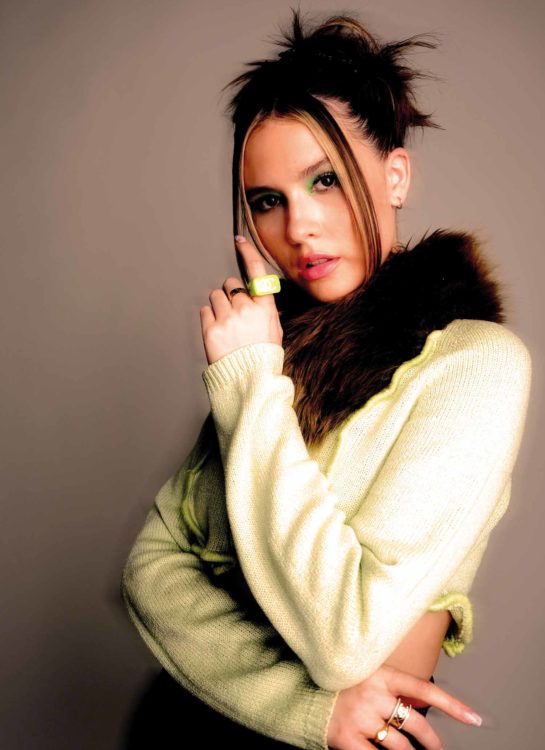 It’s this determination to not just survive, but thrive in the ever-competitive music industry that is surely playing a big part in Mimi’s mounting success. Having already ticked off so many goals early on in her career, including playing Reading and Leeds festivals in August and with her own UK headline show planned for the end of October, what’s left on her bucket list? “Definitely the James Bond theme song. I’d love to write and perform that. That is a massive one for me. But if I’m realistic, I’m like, ‘We’re just gonna have to wait a bit for that one, Mimi!’” she cackles. “I’d love to do a performance at The BRITs next year. That would be incredible. Nominations, that’s just crazy to me. It freaks me out,” she laughs again, also listing off her dreams to attend The GRAMMYs and both play and sell out arena tours. Collabs with Calvin Harris and Dua Lipa are on the manifestation board too, but Mimi is ready to wait until the right song and collaboration comes along. “At the end of the day, for me as an artist, I just want it to make sense and relate and come across well,” she explains. “It’s just making sure you get that right and it works. I can’t wait for those opportunities to start coming in.” Despite her big (yet definitely within reach) dreams, Mimi is as grounded as ever, emphasising: “I’m really, really realistic with it, which is good. It makes me feel like there’s so much more to go for and new opportunities.”

For someone who knows how to not only shoot for the stars but get a slam dunk too, Mimi Webb’s ‘always hustle’ mentality has already been paying off. We’re sure it won’t be long at all until she’s ticked off every goal on her list, and you know what? She deserves every inch of that success. 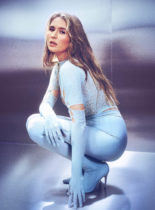 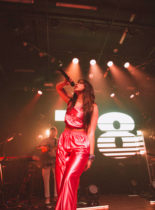