With charm and talent in equal measure, Michael Aldag is the tenacious newcomer shattering social media perfectionism with quick and unflinching lyrical honesty.

A self-professed “accidental TikTok star,” Michael Aldag is the musician paving his own unconventional road to viral fame. Hailing from West Kirby (near Liverpool, if you’re not up on your British geography), you might have heard his Scouse drawl or seen his copper head of hair on your For You Page. Using the social network as a career launchpad, a standard approach by 2021’s standards, Michael started filming comedy videos a year ago and being funny on the Internet has, putting it mildly, worked out for him: growing him a following of just over 600,000.

Speaking over a patchy wifi connection from the Lake District, where he’s holidaying with his family, Michael recounts the serendipitous chain of events that have led him onto the same path as viral heavyweights like PinkPantheress and Ashnikko. Starting a degree in Popular Music at Liverpool University at the beginning of the pandemic, Michael was among a disgruntled wave of freshers who were “literally just sat in a room for like, what felt like a year.” Choosing optimism over despair, however, he threw himself into making videos, writing songs and producing from his halls of residence. Soon enough, labels came knocking, and he took the difficult decision to stop studying pop music and start making it. 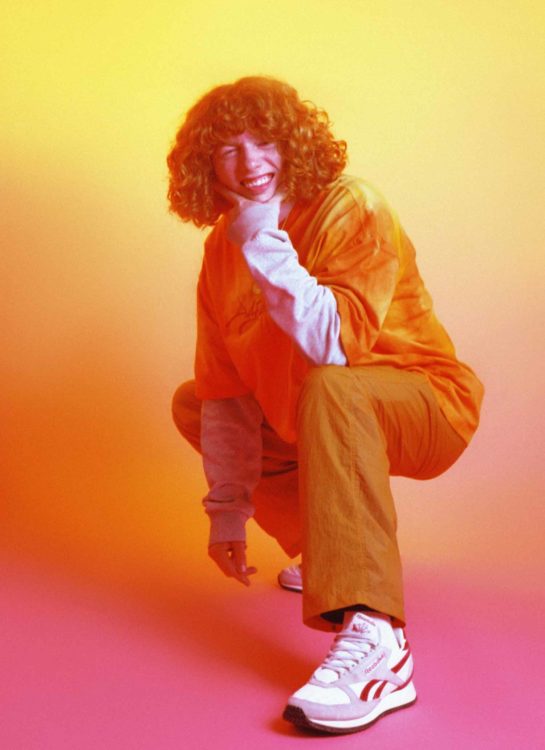 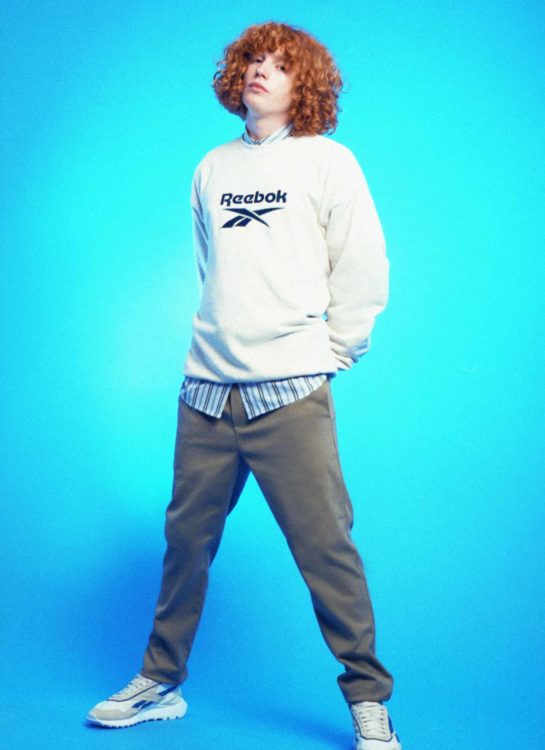 Noting that it wasn’t an easy decision to make — “I spoke with my mum and the label [3Beat] extensively about it” — he allows himself a moment to appreciate that he’s already making his dream a reality from outside the classroom. “I worked super, super hard to get my deal and just to be able to do music full-time,” Michael emphasises. Unable to maintain that level of sincerity for too long, he undercuts this uncharacteristic earnestness with the wry addition that he’s also happy to have kept the parental expectations bar pretty low for his siblings. “I’ve dropped out of uni, I haven’t really put much pressure on my sisters,” he laughs.

For all his sardonic asides, Michael can’t help but get sentimental when discussing his relationship to music, one of the unifying threads of his young life so far. Starting out with a Nativity play solo as a seven-year-old, he would go on to train his soaring, Bastille-esque vocals as part of the Royal Liverpool Philharmonic Youth Choir. A nonconformist by nature, he wryly admits that the staid nature of choral music quickly grew tiring: “I got a little bit bored of Benjamin Britten, and started writing my own music.” Beginning by penning tracks on his guitar, it was when he learned how to produce his own songs, experimenting with a synth-heavy sound, that everything fell into place.

In case it’s not already clear, Michael was never going to be content with being just another influencer. He himself admits that he only ever planned to use TikTok to “promote his music,” and points out that he’s been funnelling his 10,000 hours elsewhere, namely into some serious graft in the studio. The past 12 months have seen an EP, Navelgazing, and string of singles — including biting bourgeoisie send-off “Trust Funds”, angst-ridden anthem “Divorce” and cinematic breakup track “Tonsillitis”— that have landed him a reputation as a uniquely authentic, new gen talent. 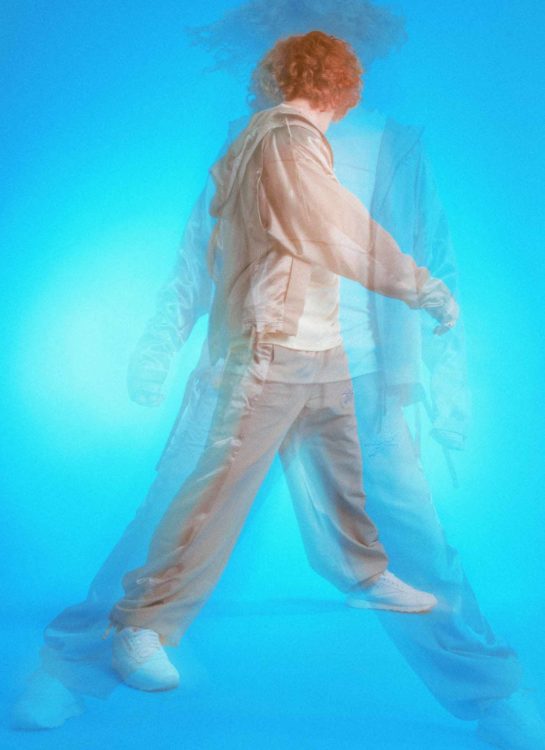 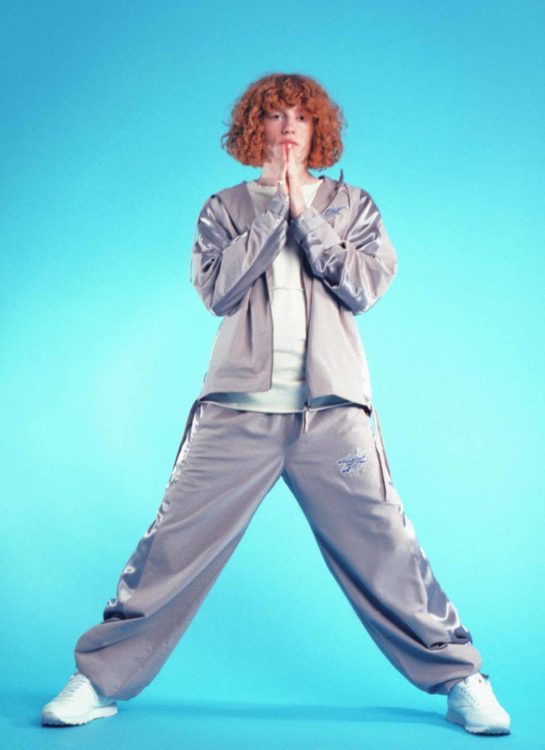 Speaking to a Zoomer audience that is sick of the filtered existence of the Instagram panopticon, there’s an ‘I can’t believe you just said that’ sting to his observational lyrical style. One of his latest tracks, “Ghosted”, engages directly with the tension between social media perfectionism and reality which plagues today’s online generations. “You never see people crying or having a crappy day on social media, you only see when they’re having a really great time,” he explains. “What people say online and how they appear, that’s actually the best bits, obviously.” While the strain of this double digital life has been well documented, Michael explores the topic from a new angle, looking at the ramifications for our romantic relationships and the careless cruelty which flourishes unchecked when we’re all hiding behind a screen. “[Social media] can twist things, so the song is looking at how that affects relationships… But it’s also about me being left on read by somebody.”

But as someone that has built up an online following and is just as active on social media as his peers, Michael is acutely aware of his own, not so clear-cut position within the debate around digital transparency. “I’m not exempt from it at all, because I still like to go on Instagram and post me having a laugh, then turn off my phone and just go into a depressive episode,” he says, hastily undercutting the statement by adding: “But I think everybody does that.” That’s why his songs aren’t a cut and dried morality lesson on the dangers of social media, instead often deploying humour to explore his own complicity with the system. “Sometimes people can get carried away and start creating a whole different person that they are online as opposed to real life, and it doesn’t help anyone,” he explains. “I’m completely guilty of doing that myself which is why I like to write about it, because I can poke fun at it and remind myself that I’m doing it too and [need] to stop.” 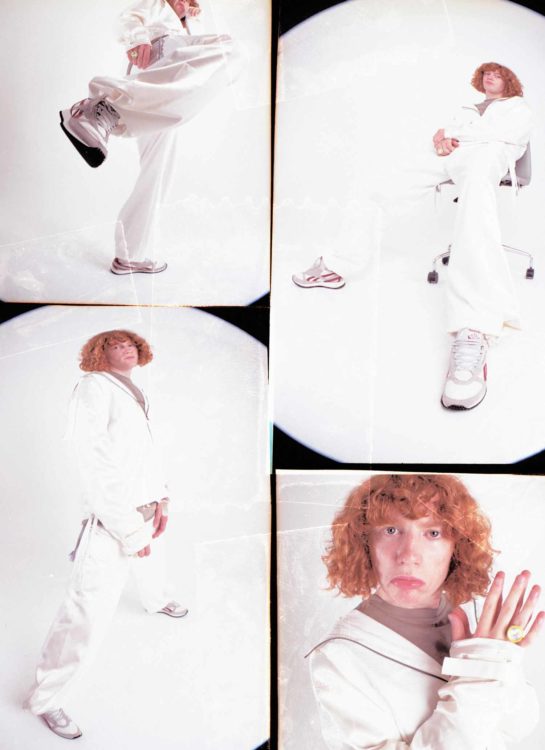 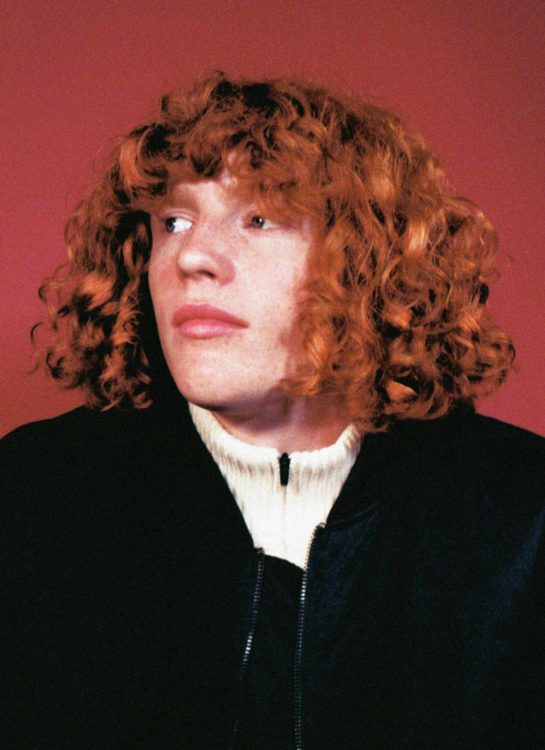 Humour is an important part of Michael’s practice, with the artist admitting that, even in the most serious of songs, he can’t keep the twinkle out of his eye. “I always try and put a line in there that’s a little bit laughable or tongue in cheek,” he says. “Some of my tracks can be quite grandiose, and the production might be kind of dramatic and theatrical, but I’ll take the Mick in the same song.” This, he admits, is possibly the self-defence mechanism of someone not yet fully comfortable with the level of vulnerability inherent in turning your deepest thoughts into songs for public consumption. “People won’t go as hard [with criticism] if you take the Mick,” he explains. “So maybe I’m just doing it because I’m insecure.”

Hang-ups aside, Michael fits into a lineage of wry British songwriting that can be traced from the likes of Blur and Madness through to Frank Skinner and Lily Allen and, today, The 1975. Holding a funhouse mirror up to the world around him, these songs might be exaggerated, yes, but there’s always a grain of truth and a gentle social critique. However, Michael is keen to reassure that he’s not as cutting in everyday situations as he is when he’s at the writer’s table. “I’m quite mean in some of my songs but I’m not actually like that in real life,” he says. “It’s because I get time to sit down and think about something to say. But I’m never that quick with it in real life!” 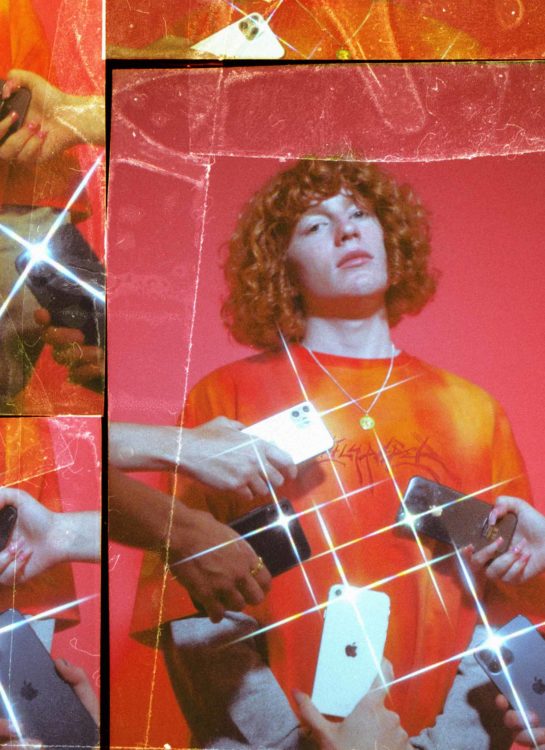 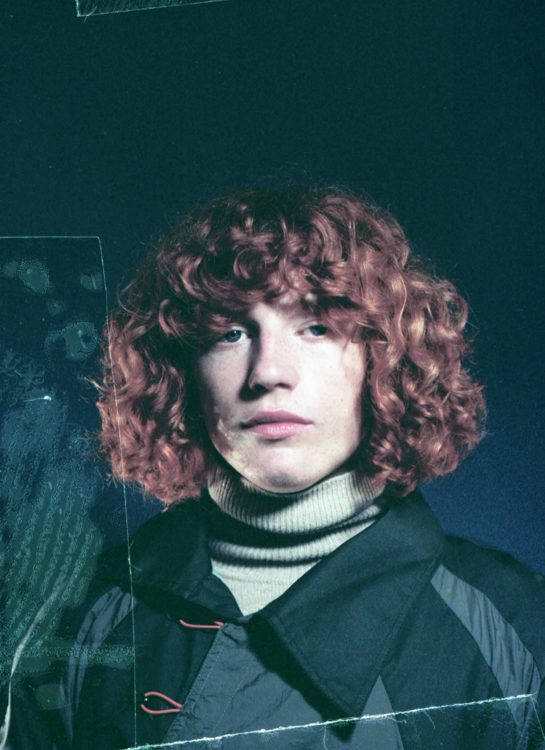 As well as carefully crafted comebacks, his music acts like a diary, marking the emotional milestones of his young life so far — particularly with many of his tracks dealing with themes of heartbreak. While some might baulk at the intimate details of their lives being on display, Michael isn’t overly fazed and invites the possibilities for self- reflection. “I think it’s cool because my songs are sort of like timestamps,” he tells me. “Listening to a track like “Tonsillitis” takes me back to a year ago [when the events of the song were occurring in real life] more vividly than looking at a picture.”

The payoff for pouring so much of himself into his music is, of course, a connection with fans which is all the more authentic, something which he admits brings hope when the pressure of the industry weighs him down. “If I’m in Liverpool, I’ll get stopped by people. Somebody will come up and be like, ‘Oh, I really like your music,’” he says. “It gives you a boost to keep going, because sometimes [music is] really hard. You can be having a low period where things aren’t going right, but then you’ll remember that people are valuing and actively listening to your music to make them feel better or even just to chill. That’s what I’ve always dreamed of.” 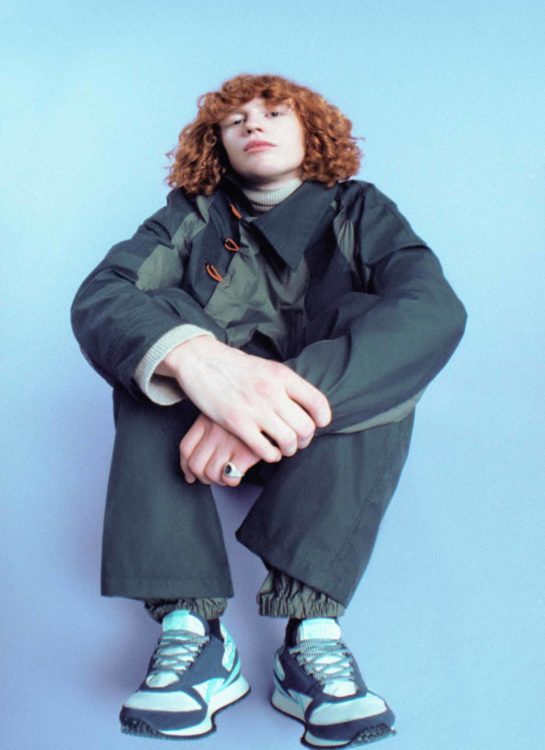 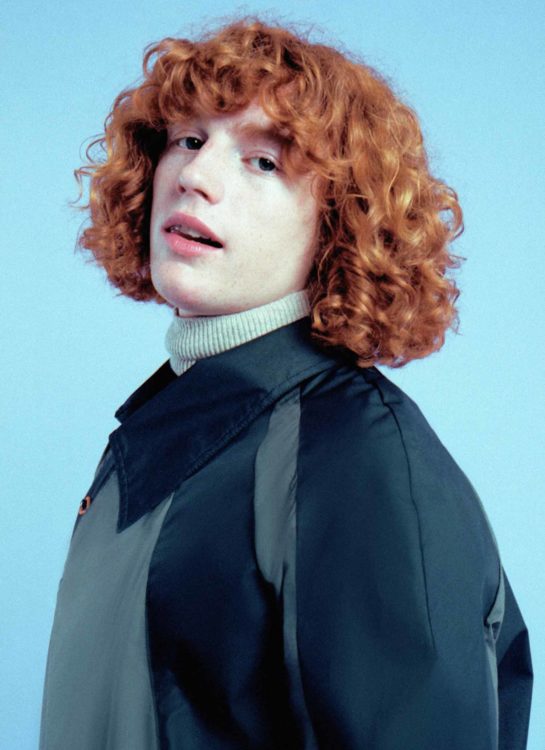