It’s more of a pleasure than it is work when I get to talk to artists who not only inspire me, but who I’d like to be friends with and, most vitally, who I think other people need to know about.

Priya Ragu is one such artist.

With joyful fierceness and an energy which is hard to match, Priya might just be one of music’s most promising new names. One of her latest tracks “Kamali” – which was premiered by Radio 1’s Annie Mac – signalled the launch of her debut mixtape damnshestamil. 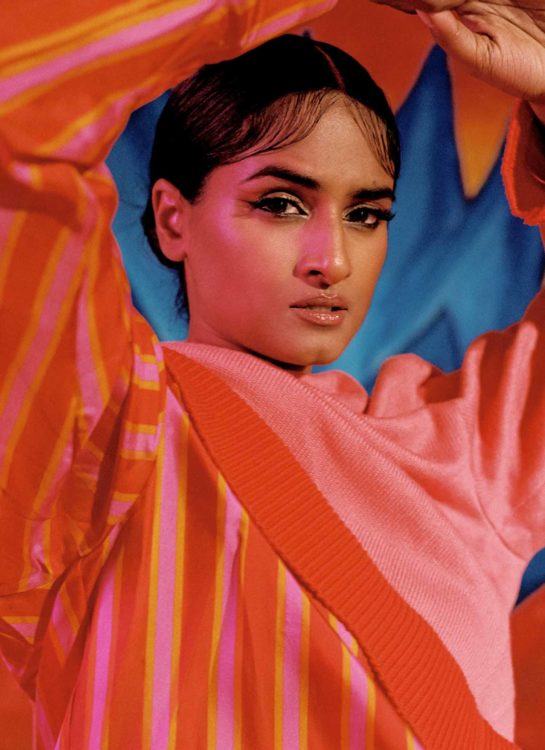 Priya’s style, one she labels ‘Raguwavy’, is a hybrid of R&B, futuristic elements and adrenaline-pumping beats alongside nods to the rich history woven into the Sri Lankan sounds of the past.

For “Kamali”, Priya was inspired by a short film of the same name directed by Sasha Rainbow, which tells the story of Suganthi, a single mother living in a small village in India. Physically and mentally abused by her husband, she escapes to create a better future for her children. Kamali, her daughter, becomes a devoted skateboarder. Despite the scorn of surrounding villagers, Suganthi actively encourages the girl’s newfound love.

Essentially, it seems to be a metaphor for the ways in which our cultures – South Asian, Middle Eastern, North African, the list goes on – can oftentimes (read: most times) be hyperware of our ‘reputation’ as it is seen by society’s gaze – especially when it comes to our daughters. Sasha Rainbow came back to powerfully direct Priya’s music video, which focuses on bringing the two worlds of Priya and Kamali together. 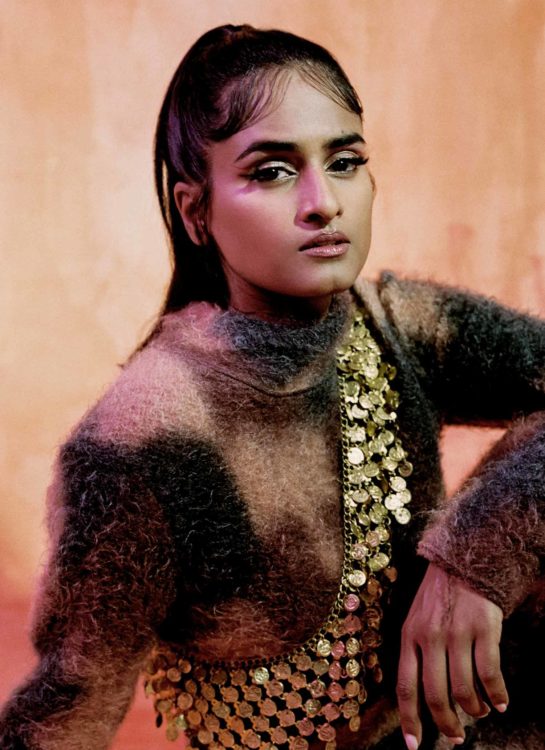 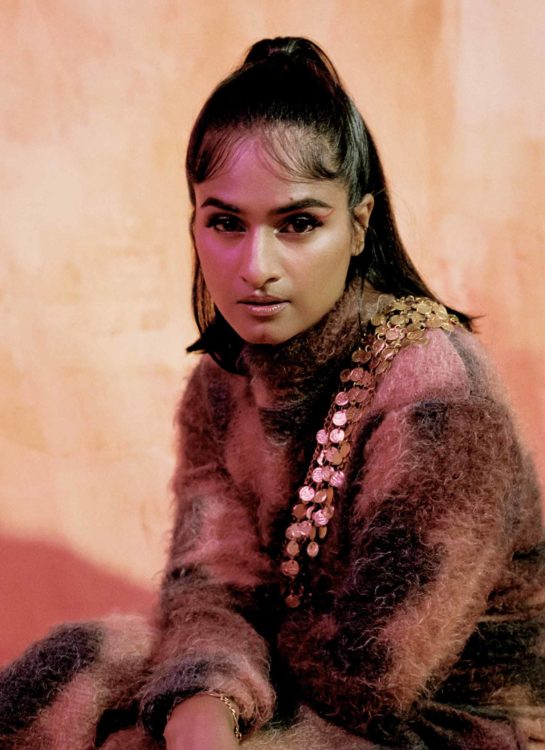 Priya’s parents weren’t super happy about her pursuing a career in music when she began. But she tells me that creativity helps children of immigrants to explore their heritage and express themselves. “Everybody has this unique talent. We don’t really take our time to really discover it and give it a chance,” Priya opens up, explaining that she was hiding that part of herself because she wanted to “adapt to the majority.” The tale is a familiar one.

“I was the only brown kid in school, so I felt like why would I want to talk about my culture if nobody is understanding it or they’re making fun of it? It was hard to really celebrate my heritage as a teenager. The older I got, the more I felt like ‘OK, what’s this all about?’ When I was at home it was Tamil food, Tamil language, movies, music. I was kind of living that double life in a way.” 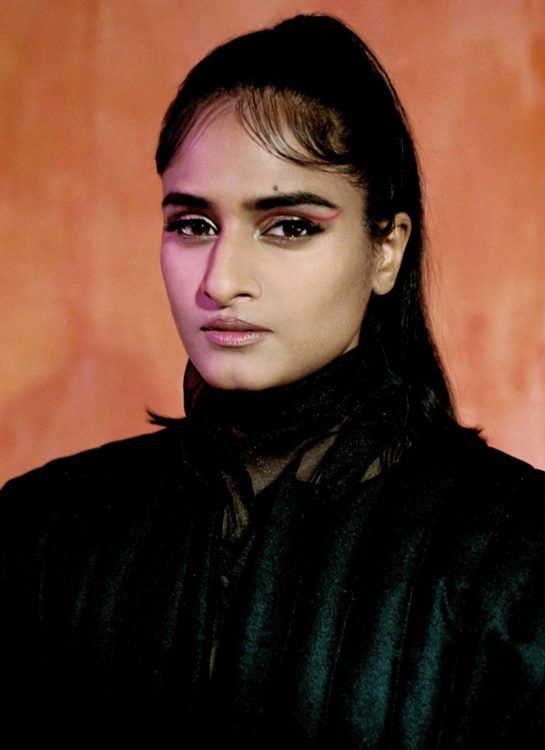 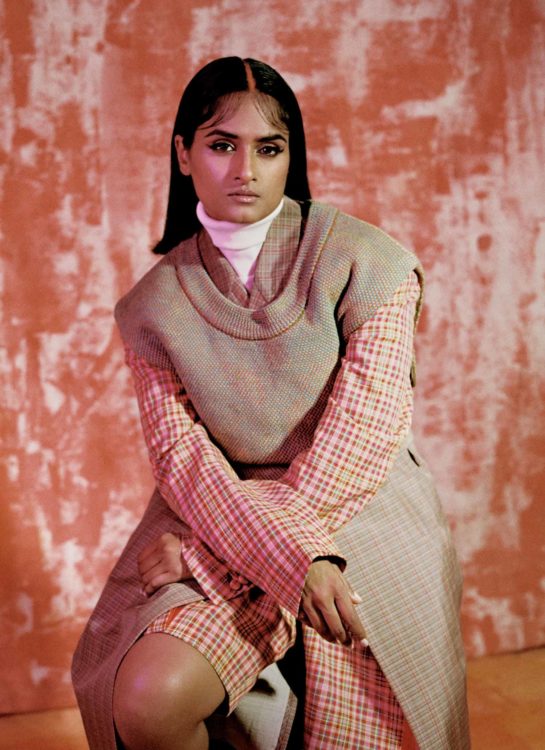 In cultures that are similar to mine and Priya’s, the arts are not really encouraged as a career path. But Priya realised that she didn’t need the encouragement of anyone else. “Obviously, parents want what’s best and safest for you. But if something is telling you to do something that you are passionate about, then I don’t really think it’s necessary to have the encouragement of your parents because they will get it one day. You just have to do it for yourself.”

Priya could have gone a completely separate route, divorcing herself from her parents, “but in a way, I still want to have their blessings. Blessings are so powerful, and especially for immigrant parents who left their country, who built up life in a new country, who didn’t speak that really difficult language. I just really admire what they were able to create out of nothing. And so, out of respect, I still want to fulfill their expectations. As a result, I was like ‘OK, let’s get that education, let’s get that job. And let’s have a good reputation, but still do my own thing.’”

When I mention to Priya that I understand, I’ve been there, and I know how important it is to pay that respect forward, she laughs. “Until marriage becomes a topic! Then it’s like ‘OK, you have got to stop it there’. There’s a limit.” 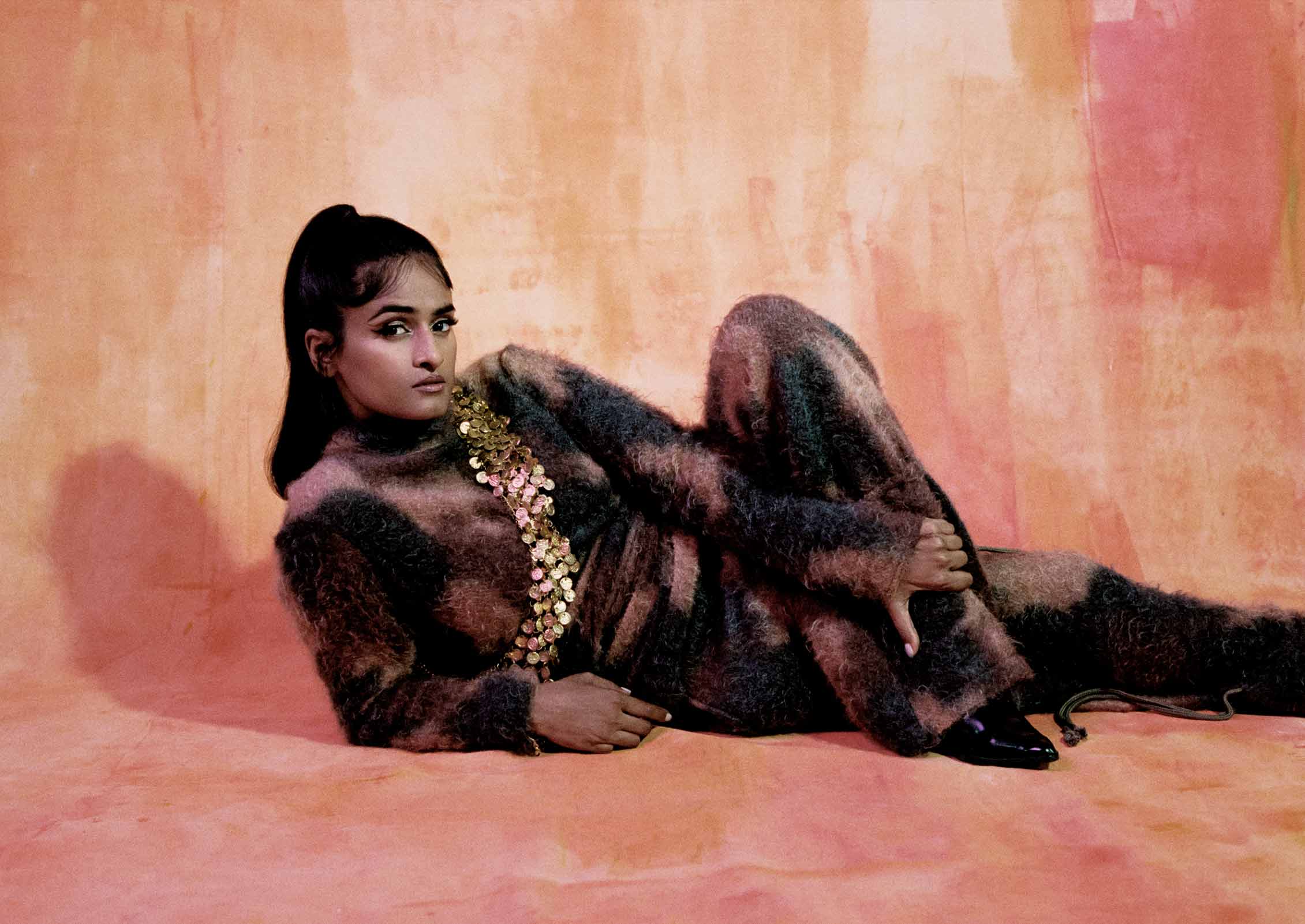 The Sri Lankan community in Switzerland was, unsurprisingly, not huge when Priya was growing up. “I just didn’t feel connected to that community. I felt like a stranger in my own culture, and also in the other culture – Western culture,” she tells me. “It was challenging to fit in somewhere, but I feel like as a child or teenager you always have those struggles. Whether it’s your heritage or your interests or sexual orientation, you always struggle to find your place somewhere in society.” Priya was a self-proclaimed ‘loner’, she was doing her own thing. And her parents were very strict, so she wasn’t at liberty to go partying or exploring the city. Growing up with this feeling of seclusion plays into the music we hear from the artist today.

In 2017 she decided to write her own songs together with her brother, producer Japhna Gold. “We were trying to figure out where we wanted to go with it. And I just couldn’t really figure it out, but then all of a sudden, because he had his vision, he flipped the beat and was like, ‘Why don’t we do something like this?’” (referring to the hybridity of Western hip-hop and Sri Lankan sounds). Priya was skeptical that Swiss radios were going to play the music – “I never even thought about going international. At the time, it was not something you would hear on Swiss radio.” Priya and Japhna said “F*ck it”, and that’s how it started, she claims, with a fusion of Tamil music into the tracks. 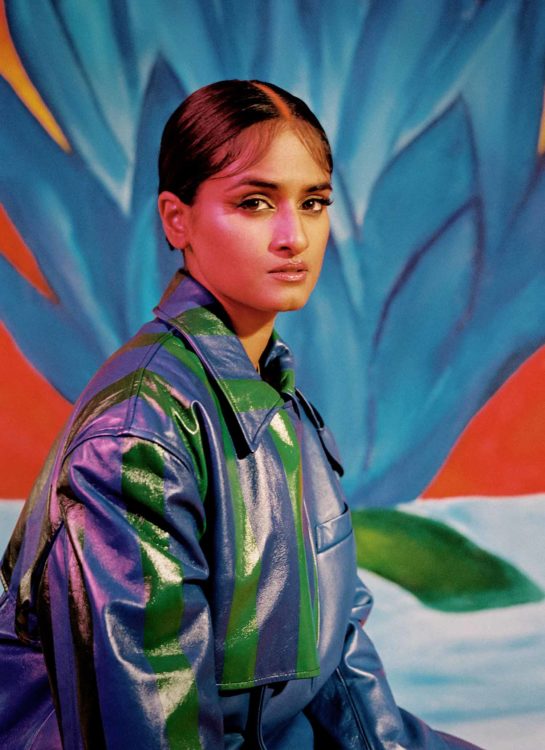 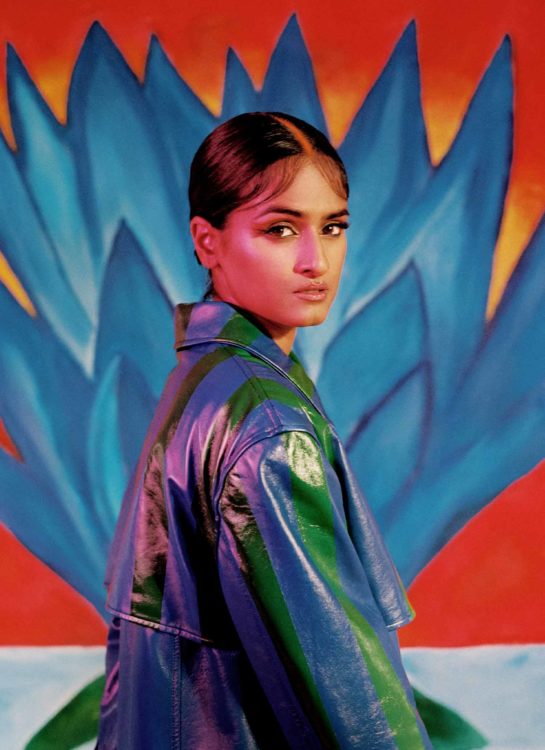 I wonder if those early influences still carry through to Priya’s effervescent music today. “When I create music, I can hear Donny Hathaway. For example, with “Goodbye My Love” – the song I did with Jungle – the beginning is very much like something that Donny Hathaway would do melody-wise,” she says. “I only realised that after listening back to it, though, that it was coming from somewhere.”

We can look forward to more of Priya over the coming months, having kicked off her European tour in London at the O2 Academy Brixton and visiting Manchester, Amsterdam, Paris, Berlin and Zurich, to name a few cities,
until November. Witnessing this rocketing success, I’m sure her parents are – despite their initial reservations – now as in awe of their daughter as we all are. 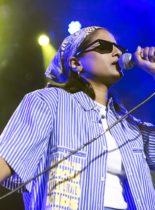