Olamide: The New Voice of Humanity

Notion meets Afropop superstar Olamide to dive into his latest album, 'UY Scuti' and hear about his new sound as he launches into an international market.

Olamide Gbenga Adedeji needs no introduction into the Nigerian music scene. The rapper and hip-hop recording artist, simply known as Olamide, used to live in a slum in the Bariga axis of Lagos, Nigeria. Not anymore. He has been jetting across countries following the release of his twelfth studio album, ‘UY Scuti’, but at the time of this interview, he speaks from his comfortable home studio in Lekki, Lagos. “This project is very deliberate”, says the Afropop megastar of ‘UY Scuti’ which dropped in June.

In 2010, Olamide was in his element, introducing himself and his craft. His triumphant debut single, “Eni Duro”, recorded in the traditional Yoruba, seamlessly showcased his confidence as an artist to watch. A year later, he unveiled his debut album; Rapsodi, nominated for Best Rap Album at The Headies 2012. It was explosive – rumbling and hard-hitting indigenous rap packed with boasts and great songs such as “Omo Toh Shan” and “Apa Ti Jabo”. Continuing on this meteoric rise, with the release of an album every year, Olamide has proven to be an artist whose irresistible sound and more, has turned him into a roving behemoth.

Cutting a venture deal with American distribution and record label Empire in 2020, Olamide is set to take the international scene by storm. The deal allows him to still release music under his record label, YBNL, while Empire would help with distribution. Get ready, world, it’s Olamide’s time. 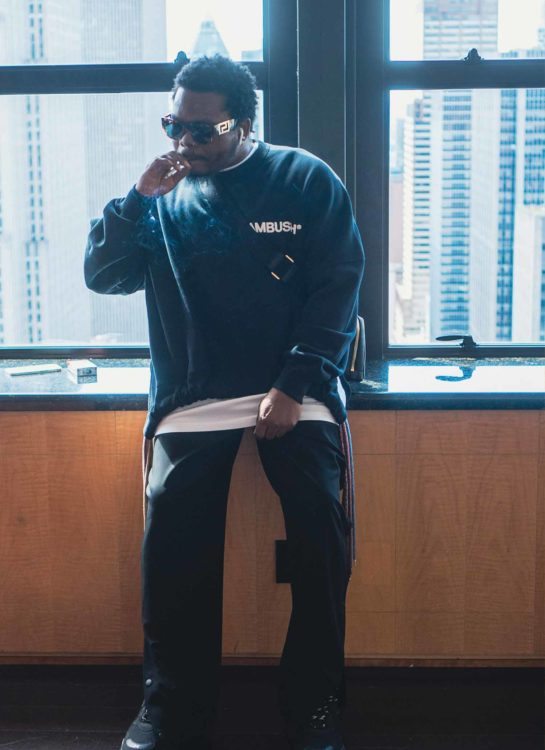 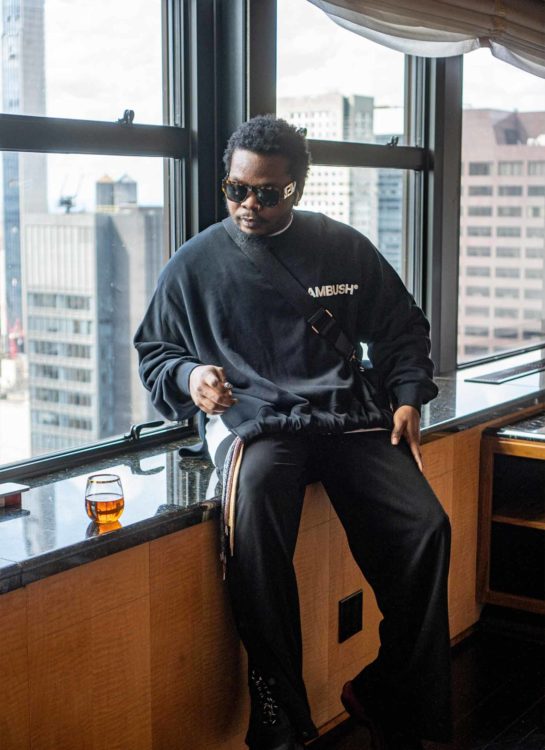 Can you describe a day in your life?

I wake up in the morning, say my praises, meditate a little bit, and go to my emails. When done, I go on WhatsApp to check for any urgent message from my team. Right after that, I jump into the studio; if maybe I don’t have a show or some press runs to do and all that. I’ll most definitely be in the studio all day until something comes up.

How do you reflect on your early years in Bariga, Lagos?

For me, it’s just like the same way it was and the same way it is for so many other little kids. Bariga is like every normal typical ghetto from the whole world. Every crazy thing you can imagine happens in Bariga (laughs). For what it is, I don’t really like digging deep into these stories and all that. I feel like I should be grateful I made it out of the hood, and I’m just happy. I don’t like to reminisce on all the things I went through. It’s sad sometimes but trust me, there’re still so many people going through that phase right now and I feel bad for them. I also have them in my prayers.

Which music genres did you listen to growing up – both internationally and locally?

There was a lot of music played around me. Even if you don’t listen, they’ll make you listen by force (laughs). My dad used to blast a lot of Sunny Ade, my mum used to blast a lot of Wasiu Ayinde. My neighbours played a lot of Christian music and Michael Jackson – I grew up listening to everything. When I got into high school, I started buying my CDs because I called myself a disc man. I bought 2face’s ‘Grass 2 Grace’ album, Ghettochild album by Blackface, Ludacris, and Young Jeezy – I used to listen to everything. As long as it’s good music, I’ll listen to it. That was how it all started.

Would you say all these songs influence your music now?

These things have always been part of me. It’s just that for every level, there’s a difficult battle you have to conquer. For me, every phase of my life depends on where I am at and the opportunities and my approach to whatever I do. Stage by stage, I unleash how much more I’ve got. Every state determines what I’m going to unleash. 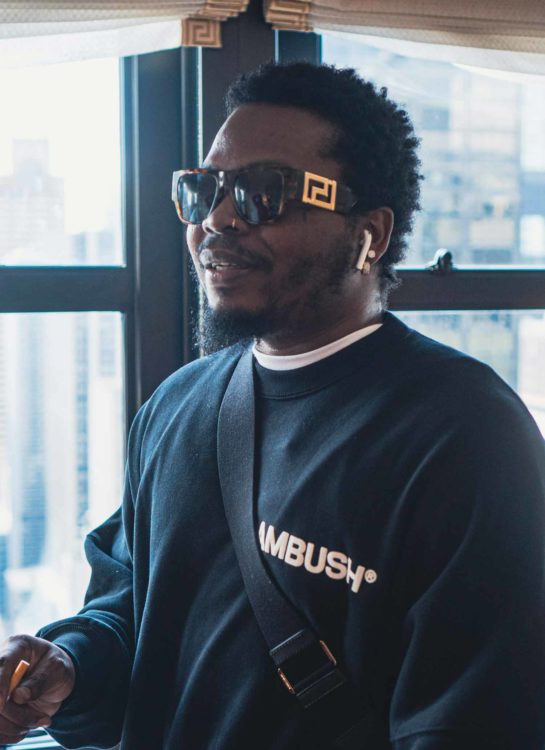 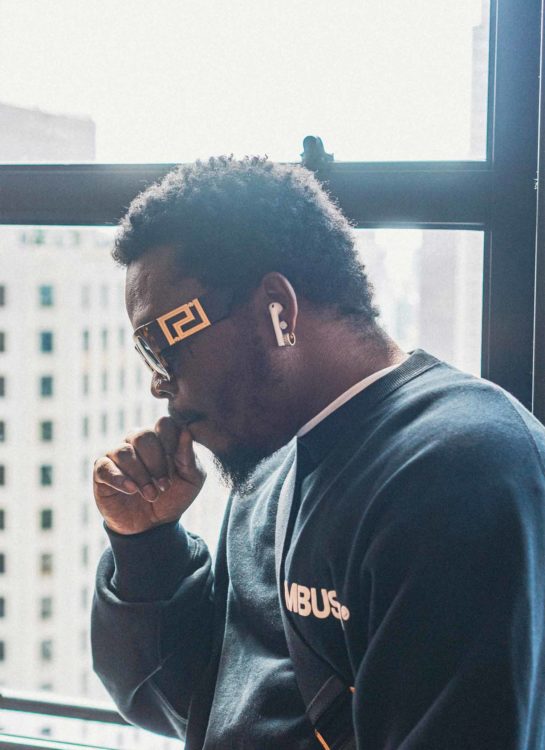 What was the experience like putting out your first official single, “Eni Duro”?

It was quite phenomenal because that happened to be my first official single and it blew just like that. If I didn’t stay in the studio for like 6-7 years, learning about the rules and strategies, and witnessing big artists rise and fall, I would have thought making music was so easy. But I spent a lot of time in the studio and being honest with myself, I knew it was not some random stuff that could just happen anytime. I know it took the grace of God for me to be able to achieve that and a lot of hard work I’ve been putting in. I’ve always known music is not a joke. It’s not something you can just play around with. It’s very spiritual, and it takes a lot of work too.

What does your music stand for?

Majorly for me, the kind of music I make is really about moving ahead. Getting the people in a great mood no matter what they’re going through. A lot of my albums from way back are centred around motivation, liberation, and good music for people to vibe with. People are going through a lot but they just want to be happy. For so long now, I’ve just been giving people feel-good music that they can vibe with and just forget their sorrow.

This project is a very deliberate one because I have done a lot of stuff in the past, but right now, I don try (laughs). It’s not really about the demand, it’s really what I feel people should know about me. It’s just what I really love to achieve and I’m always thinking about it. I’ve always wanted to do a chill and calm album where I can just sing. Being able to make that dream come through is a big deal, and it’s one of the reasons I titled the album ‘UY Scuti’ because it’s bigger than everything I’ve ever done in my life with music. 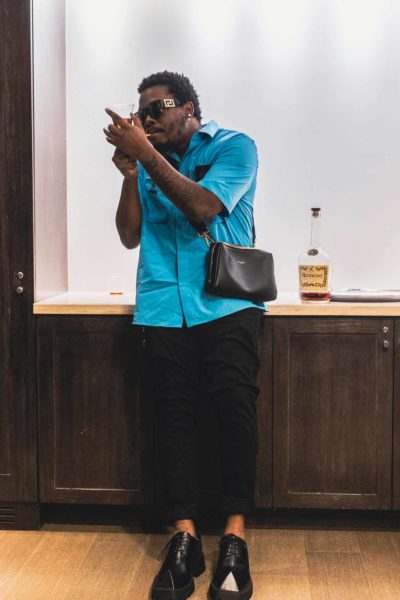 And what makes it distinctive from your other projects?

It’s unique because of the choice of sound. It’s also the hybrid version of the new Olamide that I introduced to people of ‘Carpe Diem’. ‘Carpe Diem’ was a mix of the old Olamide and where Olamide is driving to. My sound is not the same anymore, and that is why this project is unique. The message is unique, and what’s key for me is I don’t want to be under pressure because of demand from fans. I’m just doing me and doing the music the way I enjoy it.

Your listeners have noticed that you were gravitating towards a mid-tempo sound on ‘UY Scuti’. Was this shift intentional?

I can’t say it’s intentional but whatever anyone feels when listening to the project, it’s real. I’m just letting the music flow. It’s not like “oh we need to do hit songs, there are so many hit songs now”. I’ve gone past that phase of my career. I’m just being real with myself and singing about how I am feeling. It’s not the hustler-Olamide that wants to be at every show (laughs). I do not care, I just want to make music. I just want people to know my current state of mind through my music.

With this new Olamide you speak of, is it still safe to say that you are the voice of the street?

Omo, this voice right now is larger and beyond the streets. It’s the voice of humanity. It’s really about everybody from every angle of the world.

What is your favourite track from the album?

My favourite song on the album right now is “Julie”. It’s not really about what it means but about the position of the song on the project, and how unique it makes the project sound. That whole project would have been like a chill afrobeat project without a song like “Julie” or “Need for Speed”. Songs that these are very special because they just add their flavour to the project and they just make it stand out.

Can you recount the production process of ‘UY Scuti’?

I was in Nigeria, although in my home studio with my producer. It was just myself and my producer alone in the house. We wake up early in the morning, eat, and get recording till late at night. I won’t say we canceled a lot of songs, maybe like three or four. This was different because, on a regular day, I would have like 20 songs canceled. We had this project all mapped out, way before we started recording. I took a two-year break, that was why I did not want to just jump into a ‘UY Scuti’ album last year. My producer understood everything and he knew what I was aiming for.

What does success mean to you?

It depends on the perspective you look at it. Personally, success is being able to have it figured out one step at a time. It means knowing that no matter what, you’re not going to give up till you’re successful – that is success on its own. It’s being able to get away with so many things that regular people would not be able to get away with. If you ever make it out of that phase of your life where you’re not being judged by your looks and flaws, that is legit success to me. I went through a whole lot growing up, and so success is a state of mind.