Posing as one of Nigeria’s most fresh and exciting names is Omah Lay, the 24-year-old Afro-fusion artist who has turned the heads of many across the globe. Reputable for his feel-good and up-beat sound, Omah Lay’s butter-like tone, candid lyricism, and infectious melodies have paved a way for an original contemporary spin on his West-African roots.

Bursting onto the scene at the latter end of 2019, it wasn’t until what’s been referred to as a terror dome of a year [2020], that Omah Lay started to create waves, more specifically with his ‘Get Layd’ EP. Spread across 5 tracks and housing one of his most prominent songs to date, ‘Bad Influence’, Lay swiftly followed through with a second project entitled, ‘What Have We Done’, this time featuring a guest appearance from US hit-maker 6LACK. Showcasing his versatility for all to see, it’s become a rare finding to source any songs with less than 1 million streams, and with only two years in the game that’s pretty impressive! 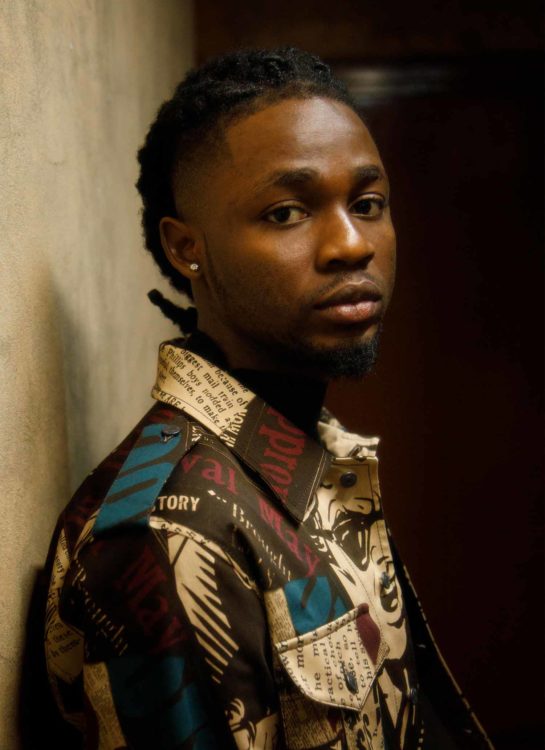 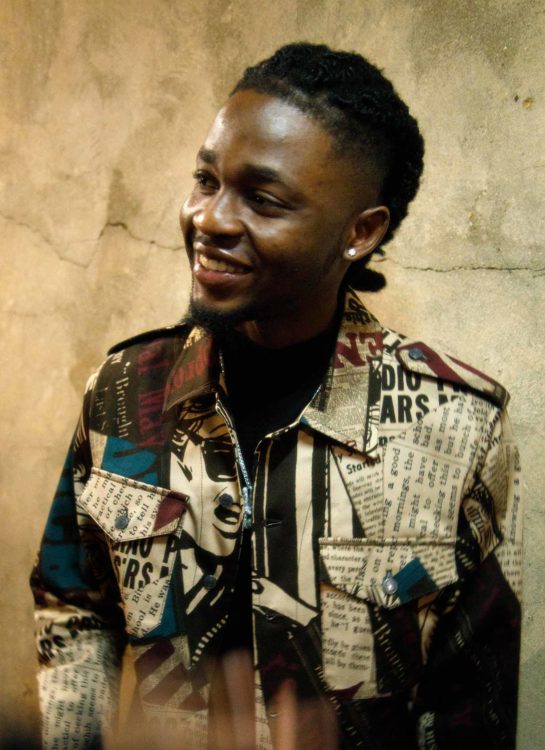 Leaping through an assortment of soulful backdrops with a captivating and wheel-up worthy sound, Omah Lay recently delivered the cinematic visuals to his latest sizzler named, ‘Understand’. Teaming up with previous collaborator, Tempoe, on production, the Ghana-shot music video follows the rising star around various locations as he weaves messages of pain and confusion from start to finish.

Notion not only caught up with Omah Lay to hear about his journey thus far, but we also went down to his debut headline show at Earth in London.

You had your London show recently! How did it go?

My show in London was nuts! The show sold out even before I travelled to London but even with that, I didn’t know what to expect until I stepped on stage. The crowd was super turnt and ready to party, so we had the time of our lives! 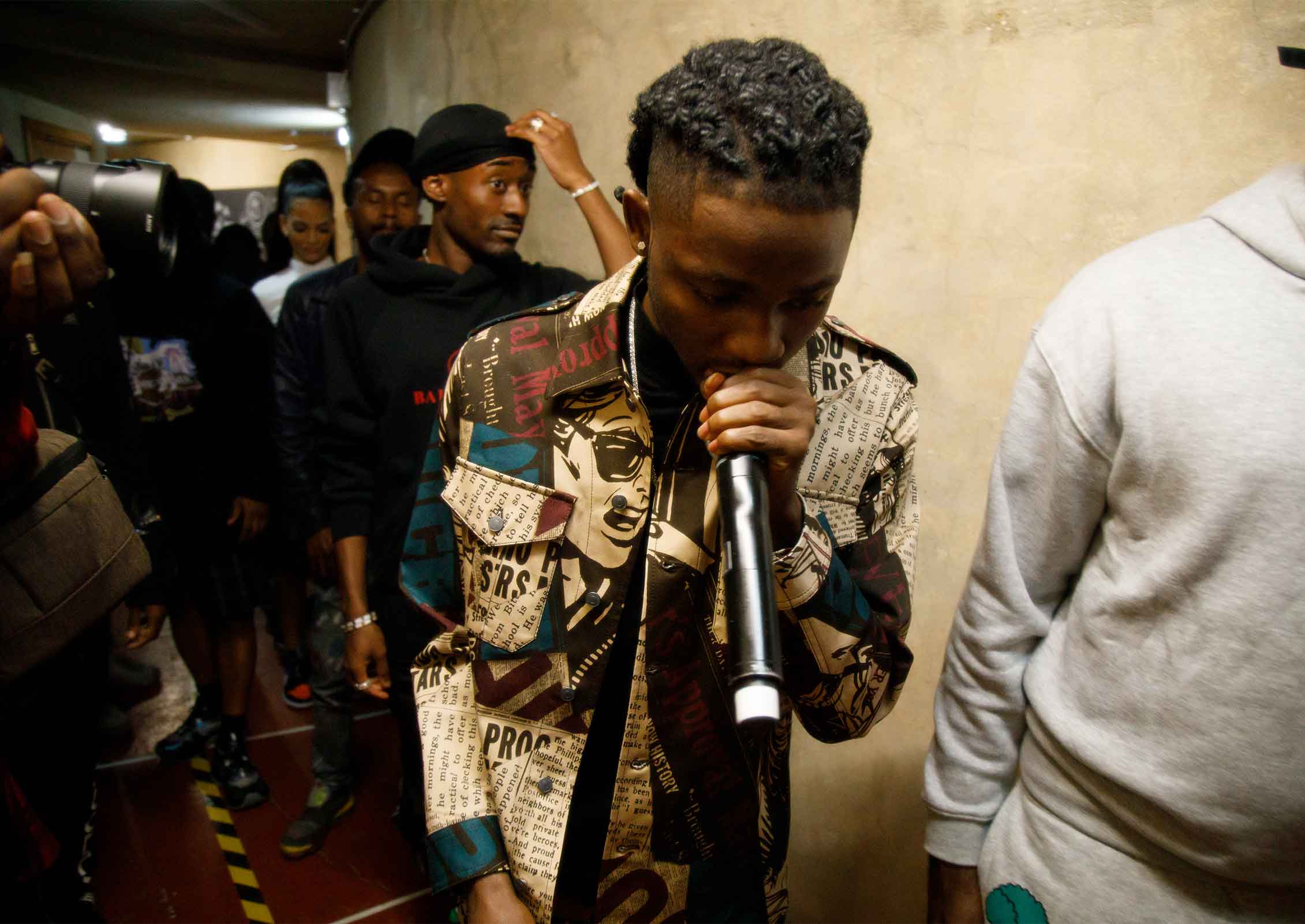 Which song were you looking forward to performing the most?

“Understand” because it was still the newest of the bunch and I hadn’t really played it at a proper concert.

We are stepping out of a weird time with the pandemic and everything surrounding lockdown. How have you found the past 18 months as an artist?

Weird times yeah but with my personal journey, I don’t really have anything to judge it against. I came up during the pandemic; I never had a pre-pandemic tour experience or anything, so this is life to me as I know it. Although, I hear and feel it could be way better. We are stepping out of the whole lockdown situation now and I can’t wait to finally start connecting with my fans on the road.

I would love to take it back to the beginning with you, Could you talk me through your upbringing and how you were introduced to music?

It all started first from home. There was a music record lying around or playing somewhere, I guess that’s where I started appreciating sounds. Then growing up, the fire started growing in me as well so big that me and my cousin had to form a rap group where I went by the named, ‘Lil King’. I started going closer to the studio then I fell deeper in love with the music production process, spent some time behind the boards and came back as a singer. 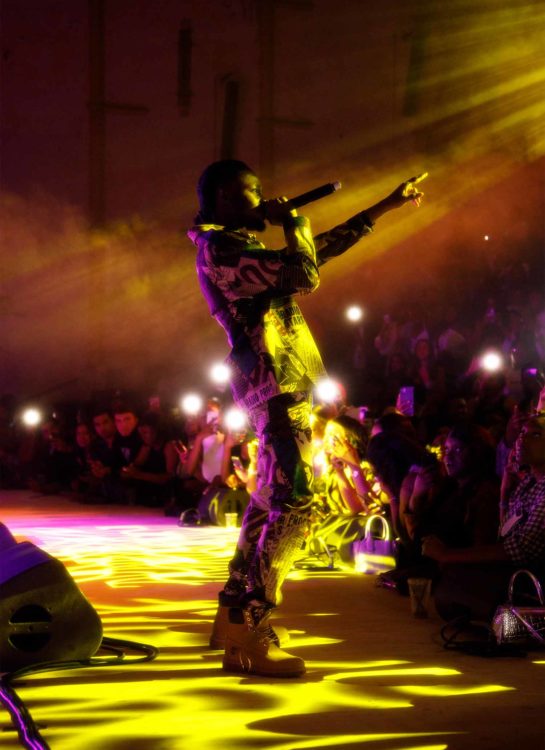 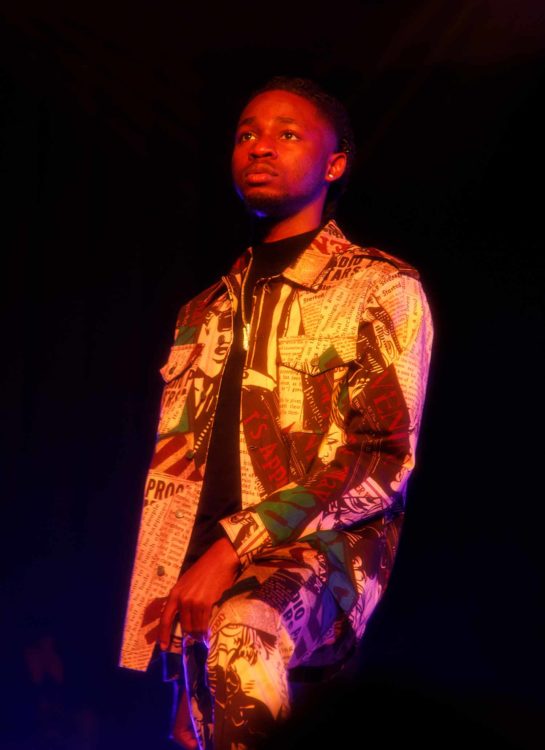 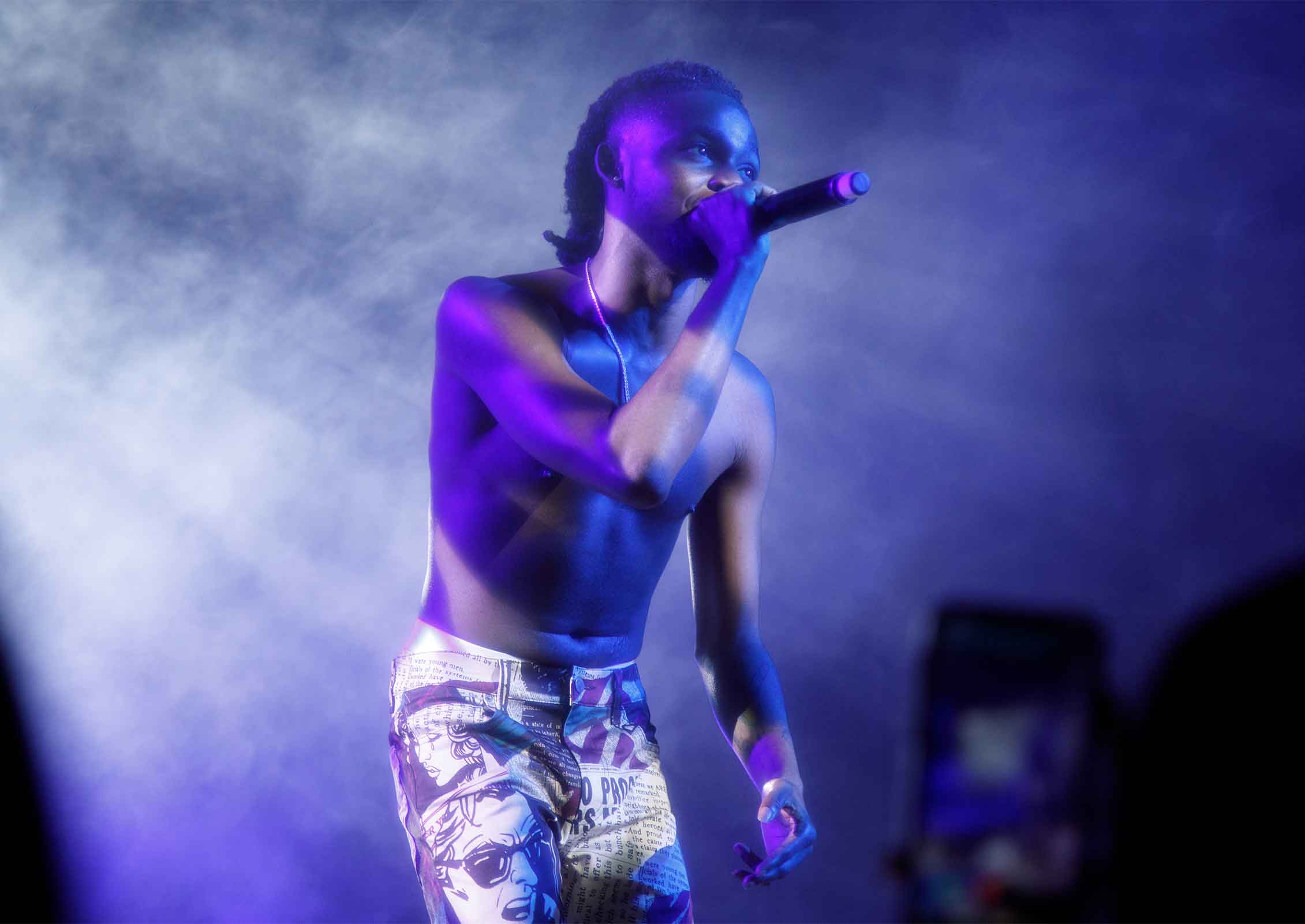 You produce as well which is cool! How did you get into the production side of music? At what point did you decide to sing?

I got into production because that’s the only way I could have afforded studio time, you know you start by helping out in the studio. I couldn’t have gone on straight up and paid for sessions. But then it piqued my interest and roped me in before you knew it, I spent years making music for people until I felt I deserved it more. I’d produce and write songs and, in some cases, I don’t get paid or even given the credit that’s when I flipped and dusted my mic.

Are there any key artists or producers over the years that have helped to shape your sound?

Wizkid, Duncan Mighty, Burna Boy, Davido, and Drake – these are some of the artists that have impacted me over the years. I can go on and on!

Your career has taken off pretty quickly! Which track would you say really changed things for you?

“Bad Influence”, no questions about that! Even though it was a sleeper hit, it was the slingshot! And it was particularly satisfying for me because it was a very personal record, not one of the “cookie cutters” – not that I make a lot of those anyway!

You recently dropped “Understand” which is a banger! Tell me a bit more about how this single came about and the intentions behind it.

“Understand” is another very personal record. It’s pretty much what it is, that was my story, it was my therapy. Prior to making that song, I was in a space, not the best headspace, it was so difficult to cut records. I was pretty sad as I had just gone through a situation. When Tempoe [producer] sent me that track, it felt like the floodgates opened, we laced the first verse immediately. I felt like I just spoke to a shrink, and everything started feeling better. I’m glad we released the song and the fans connected.

You’ve had some incredible collaborations over the years. Who has been your favourite feature and why

I really haven’t done very much if you deep it, the but few I have done have been so personal to me. I love everyone. Ok wait! It has to be between the “Peaches” Remix and “Pami”. Not every day you wake up to a Justin Bieber DM or Wizkid text! They were “Mama I made it!” moments! 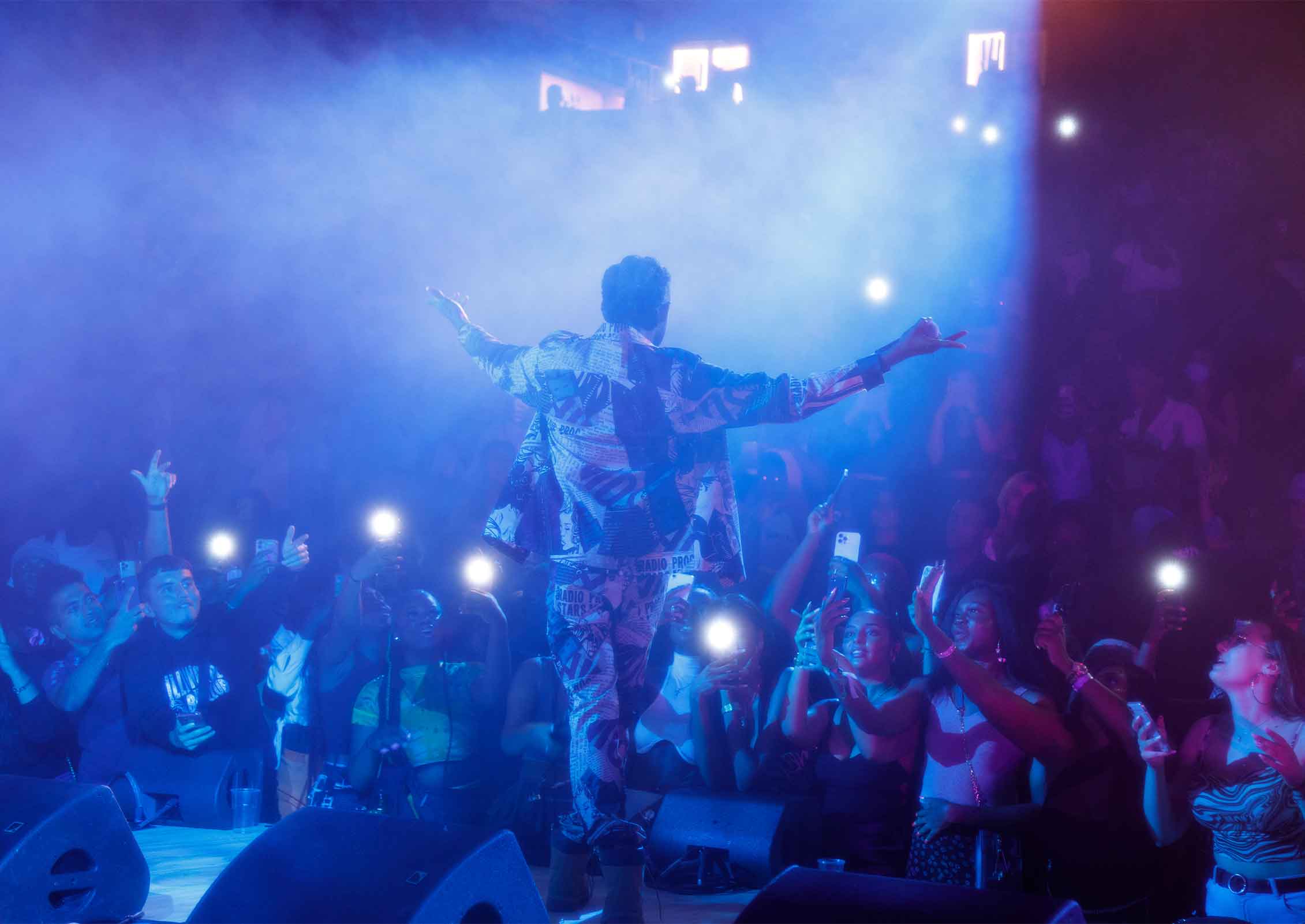 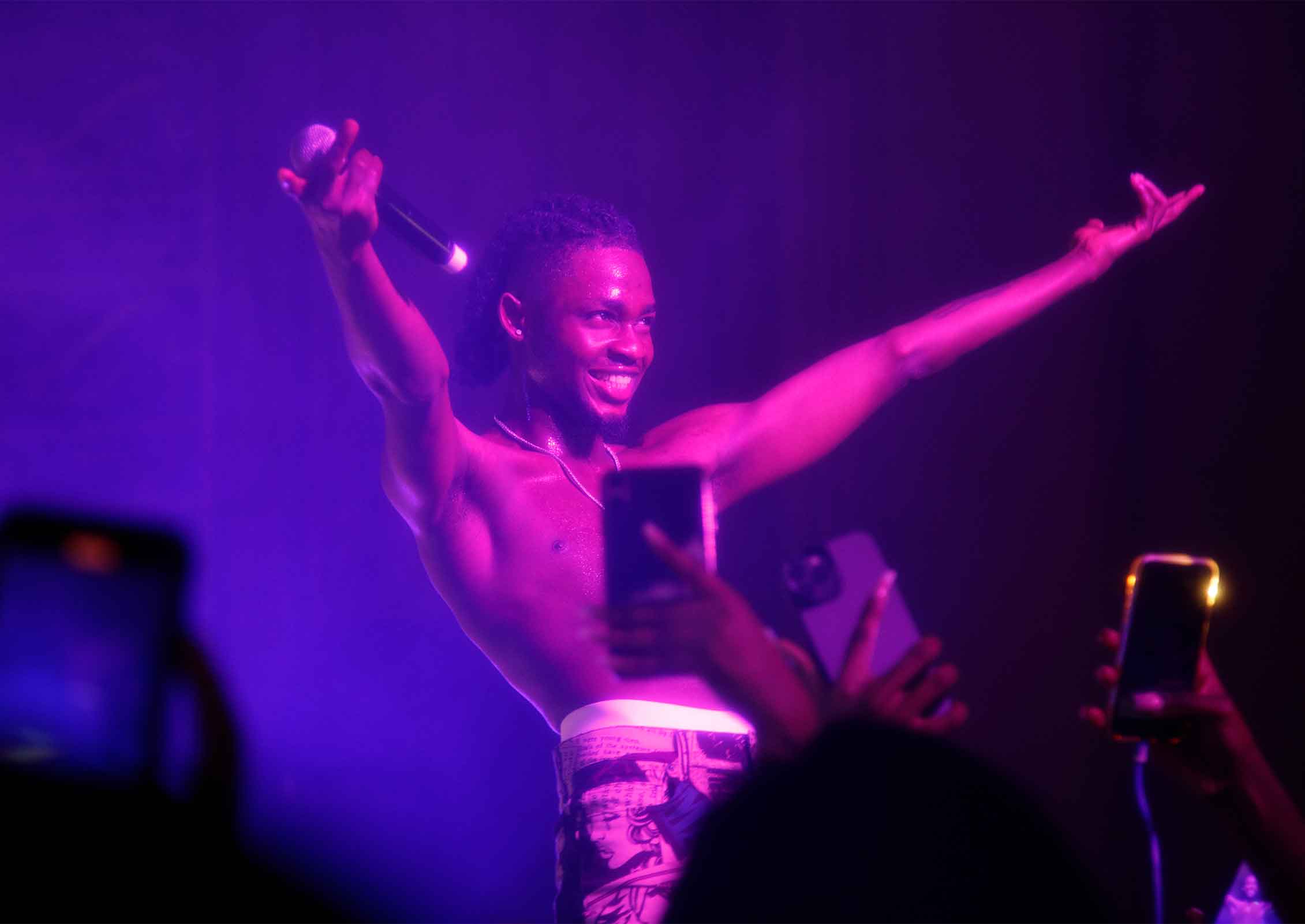 Putting the music aside, what do you like to do for fun?

Believe it or not, I am still learning how to have fun. I still don’t know what it is! I know it doesn’t make sense but that’s a fact. I’m working on that though so feel free to suggest to me some little fun things to do, aside from playing video games and watching movies!

What else can we expect to see from you this year?

I’m prepping for the USA leg of my Purple Tour, I can’t wait to finally connect with my fans stateside! My first time there actually! Then I’m sure there’s still enough time for some new Omah Lay music. 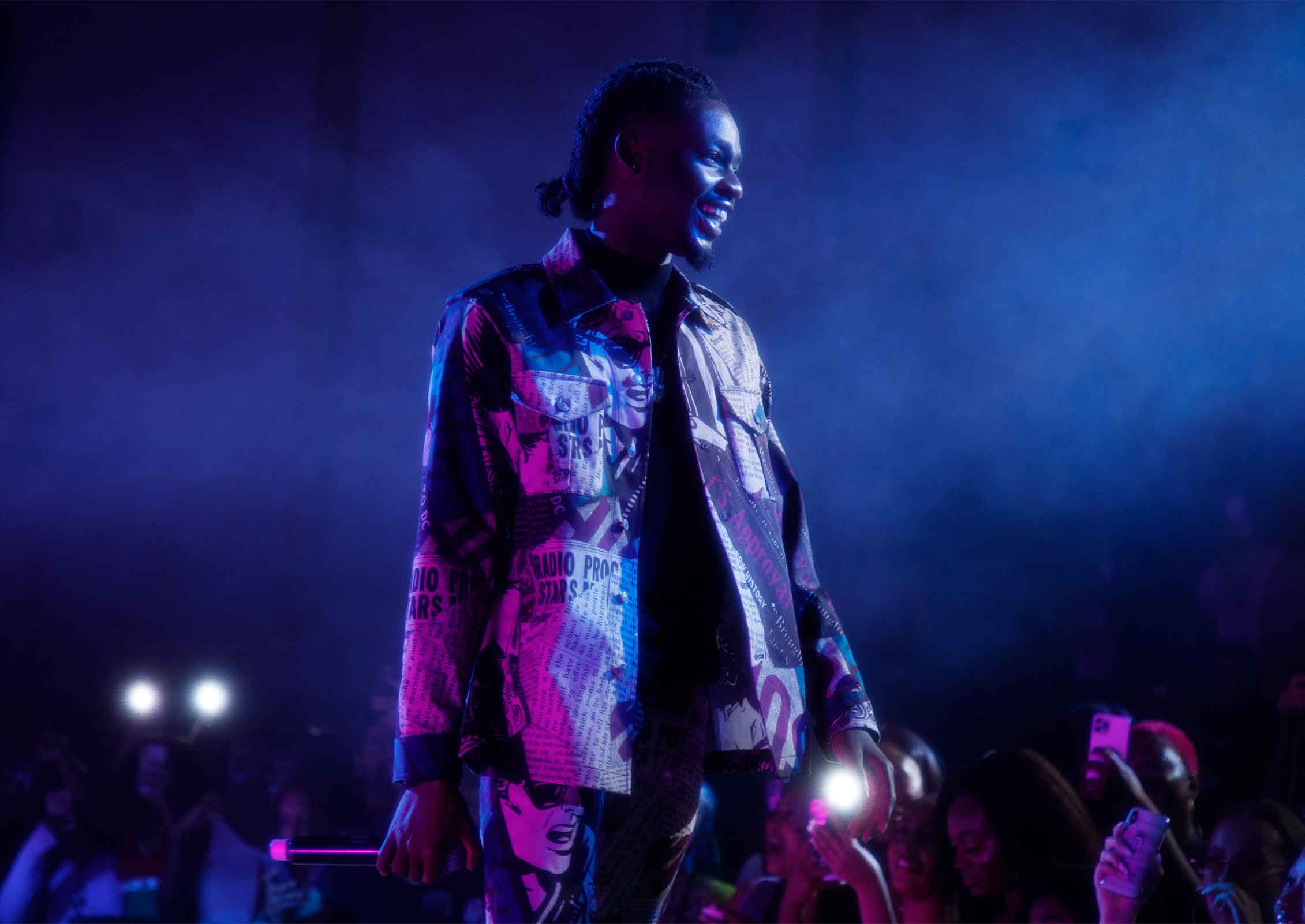 Listen to "Understand" below:

Magazine, Ones To Watch 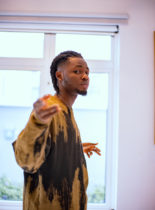 With deep musical roots in his family and influences from Nigeria's southern region, Omah Lay’s velvety voice rides over a variety of grooving rhythms.