Top Boy actress Saffron Hocking chats about the storyline of her role Lauryn and the importance of getting to the heart of her characters. 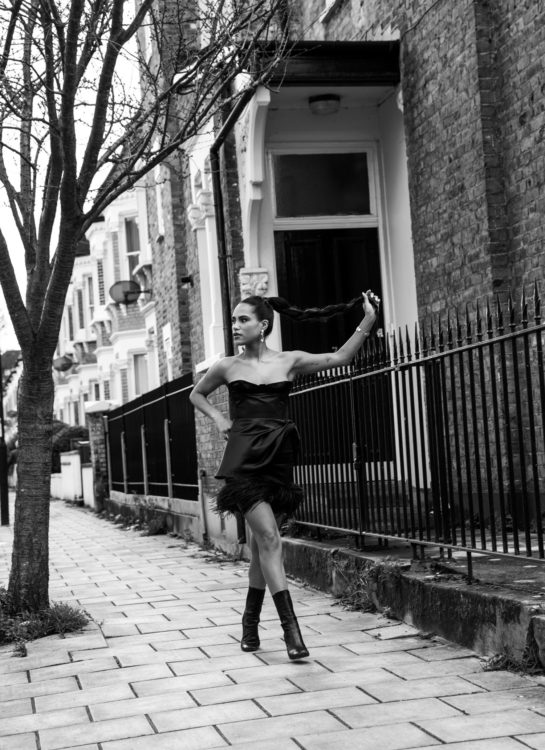 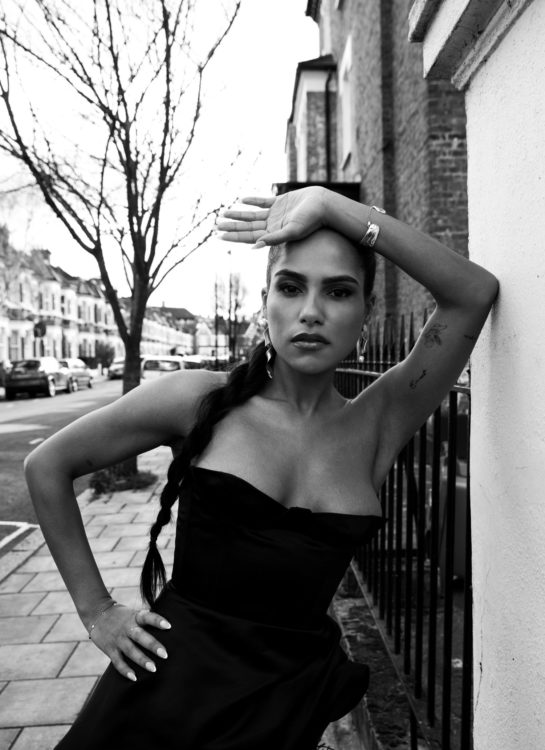 Humanity is the crux of actress Saffron Hocking’s process in understanding the characters she plays. This element of her Hocking’s prep has never been quite as important as it is for her portrayal of harrowing character Lauryn in the Netflix original show Top Boy.

With a storyline that picks up a toxic instance in the character’s arc, the second season of Top Boy sees Lauryn facing the repercussions of breaking the loyalty which is central to the show’s theme, in the previous season.  Delving into the dark realities of domestic violence, Hocking is set to take us through Lauryn’s journey with utmost honesty, framed by her heartfelt conviction to never judge her character for anyone of her actions.

In conversation with Notion, the rising actress reveals how she educated herself on the serious topic of domestic abuse for the role, the challenges of getting into the mindset of Lauryn, a random habit of her character that she has now become obsessed with her in personal life and who inspires her the most, among other things. 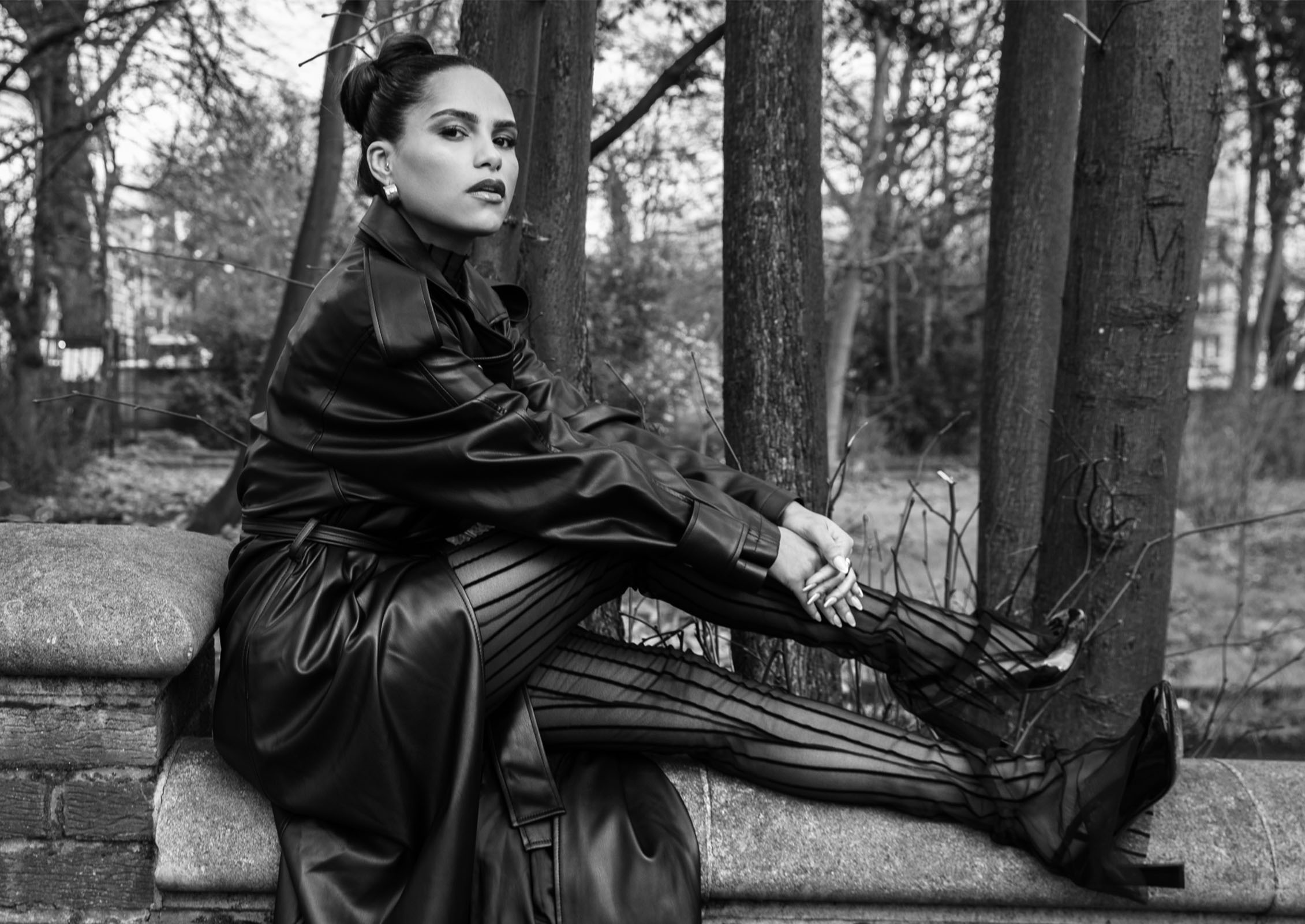 Tell me about the arc for your character Lauryn on this season of Top Boy.

In the last season, Lauryn was sort of shunned from summer house because she betrayed the trust of family and her people by relaying information that she shouldn’t have done. This was massive because loyalty is everything in the Top Boy community. And since I broke that, I’ve been shunned and that’s where the season picks up. In this season, I’m pregnant and in a very toxic, domestically abusive relationship. The character feels incredibly isolated and scared about bringing a child into this environment, and desperately wants to get back to the summer house – to my sister and mom – to the people who will protect her.

The topics you’ve mentioned such as domestic abuse are really heavy. So how would you describe your process of understanding your character and getting into her mindset within the season?

I wanted to be completely truthful and honest in telling the story and exploring things like domestic violence. So, I contacted women’s domestic abuse and violence charity Refuge, who were so helpful in guiding and educating me about the topic. I took the information they gave me and tried my best to apply it to the role, because I wanted to make sure I was never glorifying such things or letting it be shown just for entertainment purposes. I wanted to do it justice and hopefully raise awareness as best as I can.

Speaking of raising awareness, what lessons did you personally take away from playing this character and delving into this storyline?

I think it was mainly empathy. To have empathy for others and to humanize everyone, instead of being so quick to judge them. I learned that it was important to get to the heart of people and figure out what’s going on with them. If a person is behaving a certain way, there’s probably a reason for it. So, Lauryn helped me humanize people and empathize with them. 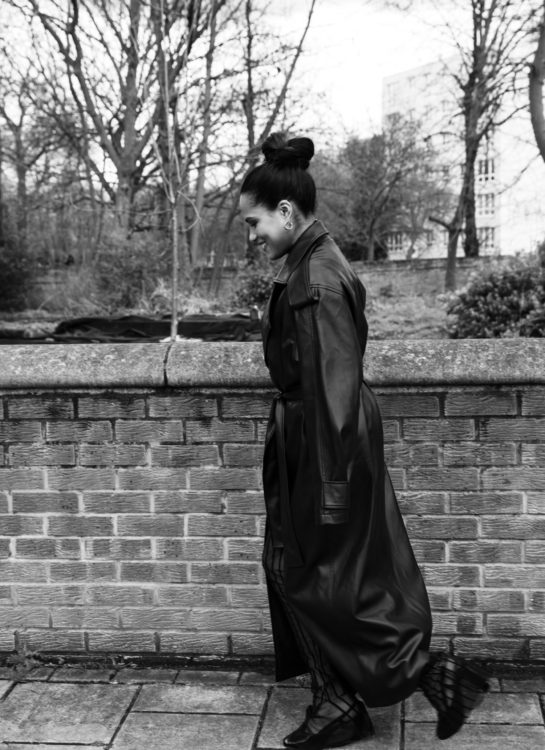 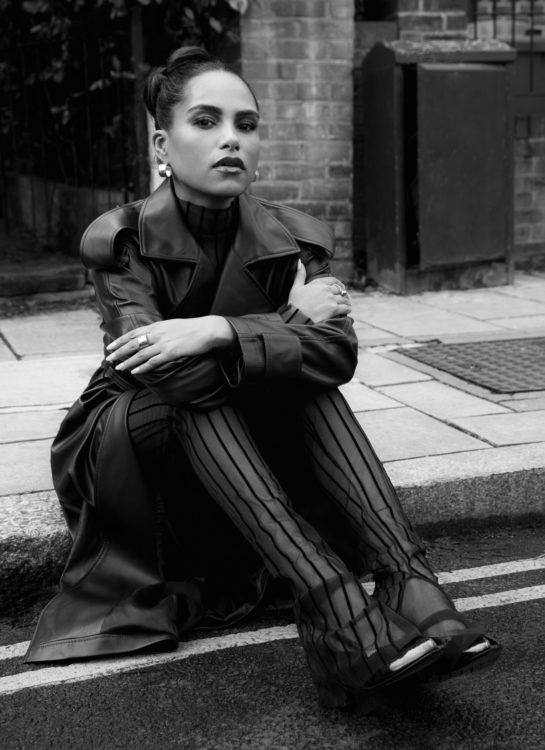 What was the most challenging aspect of getting into the headspace of Lauryn this season?

Playing intense scenes like this and tapping into such a headspace can be really dark and scary as an actor. But that being said, I had incredible support from my cast members and crew, who were protective and nurturing towards me. So, I’d say it was a challenge, but a welcome one because of how safe I felt.

Besides the set making you feel safe, how did you personally remove yourself from the dark headspace you had to tap into for the role?

I’d come home and give my cats a big cuddle. Or I’d take them for a walk around the block because I’ve got a pram and lead for them. A little bit of cat therapy.

As an actor do you usually take away parts of a character you play and what you learn from them into future roles?

For me, it’s almost the opposite in a way. When I start any character, I bring a part of myself to that character I may not necessarily have gone through or done the things the character has done but I try to apply parts of myself to every single thing I do. I ask “how would I react if I were in this situation?” and put myself into it. On the other hand, I do think I walk away with some elements of my character as well. For example, Lauryn has these really long nails. Previously, my nails were never as long as hers, but now I’m obsessed with getting my nails done and have them done every two to three weeks religiously. 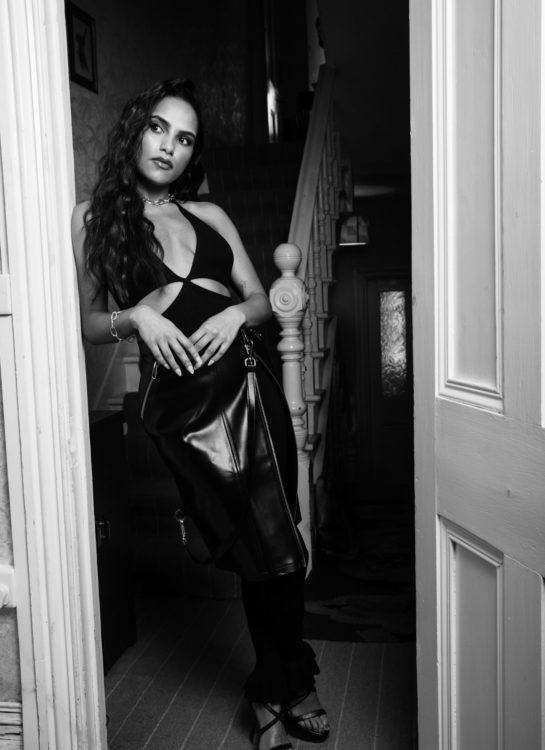 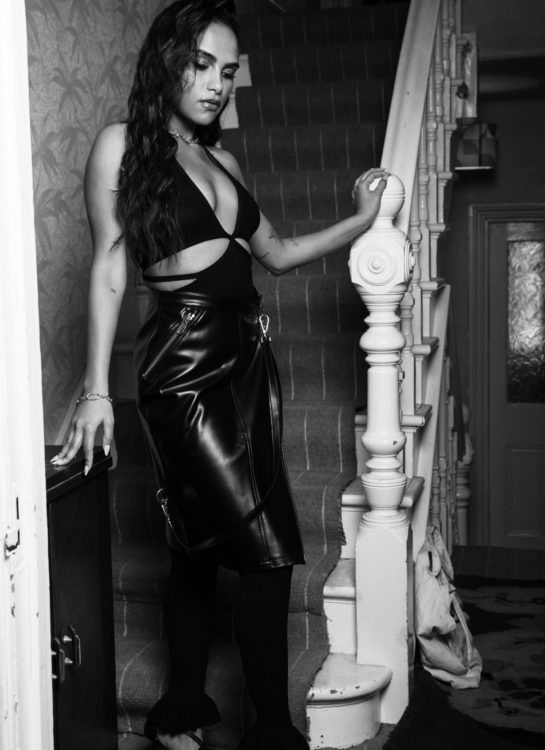 Going back to what you said, what part of you did you bring to Lauren when you initially got the role?

I think it’s very easy to read a character like Lauryn and immediately have an opinion about her or judge her. What I mainly tried to do is not judge her, and instead humanize every single thing she does and not judge her myself. I think it’s really important as an actor to not have any pre-conceptions or judgements on that character. Start from a level of humanity, understand the reasons behind their actions and go from there.

Moving away from Top Boy, what would you say is your dream role?

I wouldn’t say I have any specific dream roles in mind, but I’s love to do something comedy-based next. I don’t want to pigeonhole myself, just to do something and show myself I can actually do it. So,  something light-hearted or maybe a dark comedy, since I tend to gravitate towards that.

What would you say has been a career highlight for you?

I think it has to be this playing Lauryn. I mean, I’m so grateful for every single thing in my career which has led me to where I am now. But I think the place I’m at now, this is a highlight for me. I couldn’t be happier or more grateful. Of course, there’s always more I want to do but I think that it’s really important to enjoy the moment you’re in and I’m enjoying it. 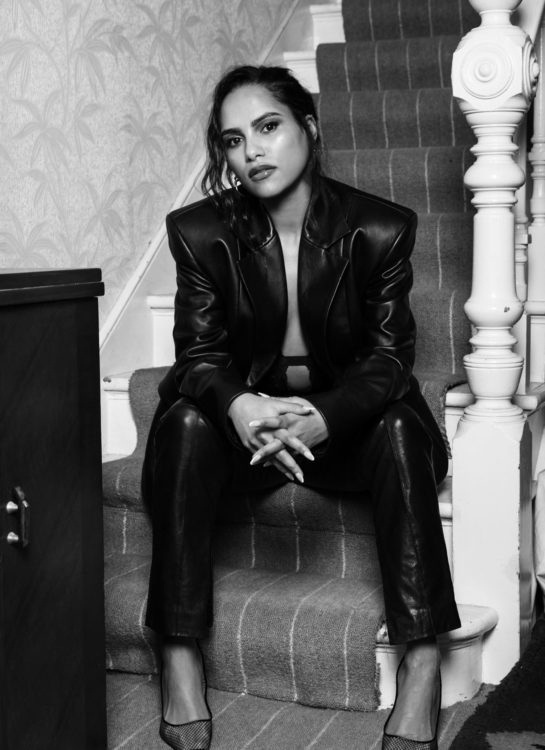 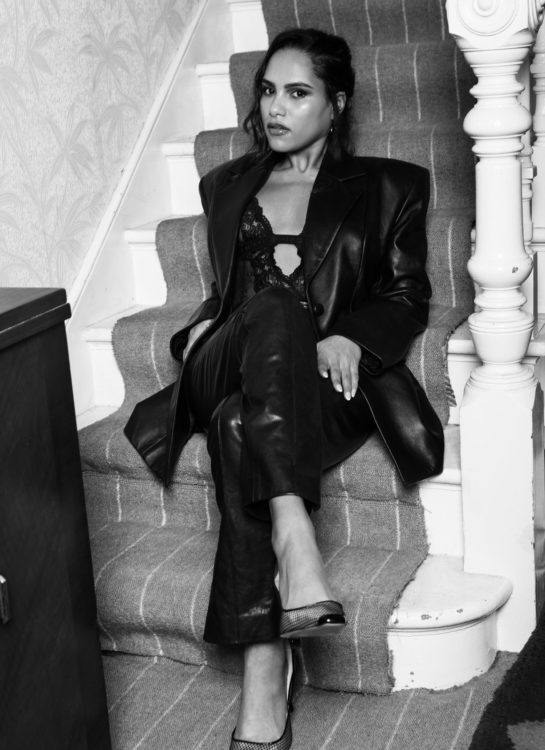 What’s one question no one has asked you so far in an interview you wish you were asked?

That’s a difficult one! I think “ Who inspires you the most?” is something no one has asked me before.

So, who does inspire you the most?

My mummy and daddy. I feel like I do this for them too, they do everything for me and they’re my bestest friends in whole wide world. They’re really proud and pleased easily even if I came home and said I’ve got an audition, they’re immediately excited for me. 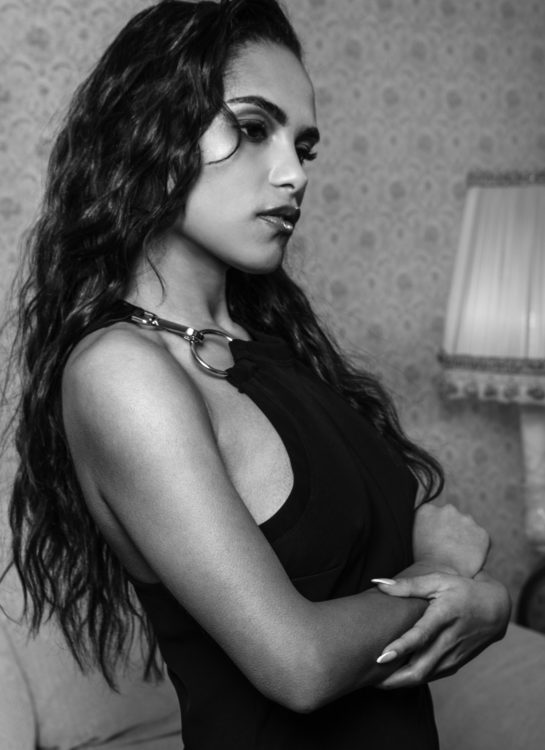 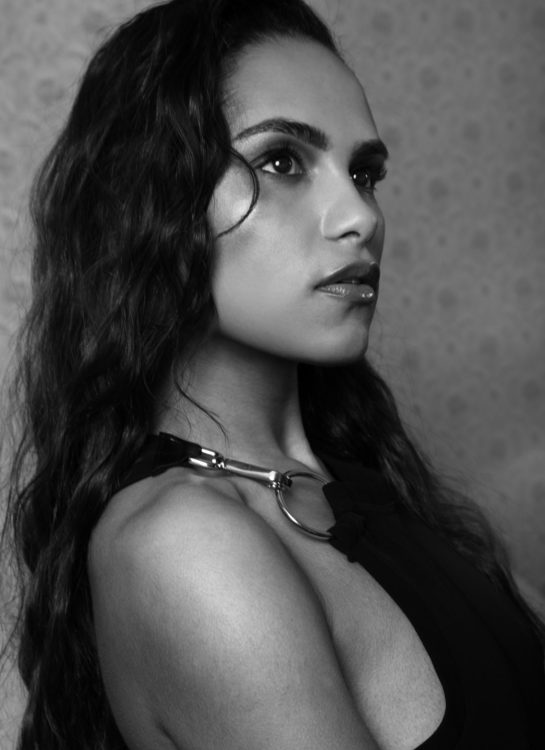