Running far away from the cookie-cutter pop star aesthetic which is heavily trending at the moment, Soul-songstress Sasha Keable is determined to direct her own path and show the world musically who she really and truly is. Birthing musically into our books of stardom from the Brit School, the nesting home for some of Britains biggest artists like Adele, Amy Winehouse, Dua Lipa and many more, Sasha the ex-Brit School alumni retreated quicker than you can say pie when she was advised to fit a persona that was not her true authentic self.

South of the River resident with a Columbian descent, from the age of eight years old Sasha has been dedicated to creating a sound which is deeply personal to her journey which she can share with the world, since the day she learned to write songs close to her heart. From a musical household which was highly experimental with the daily genre’s, exploring all sounds from country to heavy metal, Sasha found a home away from home in the neo-soul melodic sounds of Marvin Gaye, Lauyrn Hill, Donny Hathaway and Aretha Franklin. Working tirelessly in her home to horn her sweet, wholehearted sound, Sasha successfully signed to Sony, took full creative control and since has collapsed with Disclosure on their single “Voices” followed by touring around the UK with Disclosure and Katy B! With 2 well-received EP’s and 2 albums under her belt, the angelic velvety sounds of this jazzy princess has no signs of slowing, as she has just released the beautifully minimalistic visuals for her latest single “Treat Me Like I’m Yours” from her EP Man.

Releasing a brand new EP next week, Sasha has enough stories to beautifully share with the world through her refreshingly smooth lyricism and sweet lulling vocals, she is an ultimate must-have on your playlist this spring. 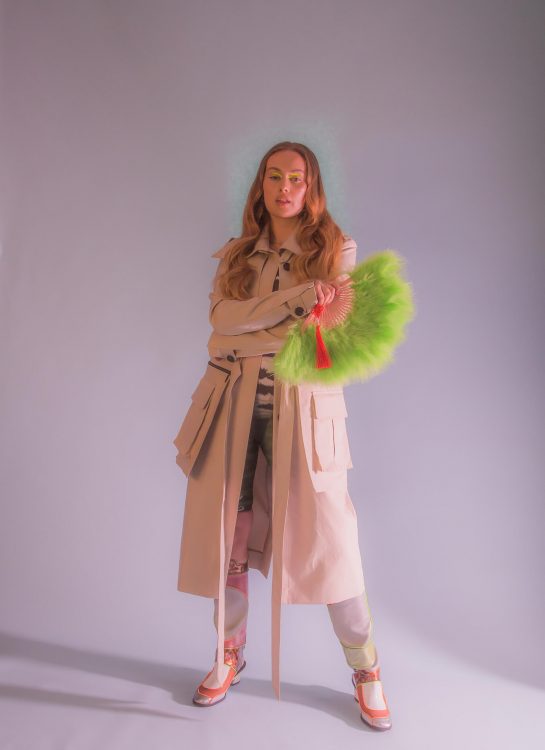 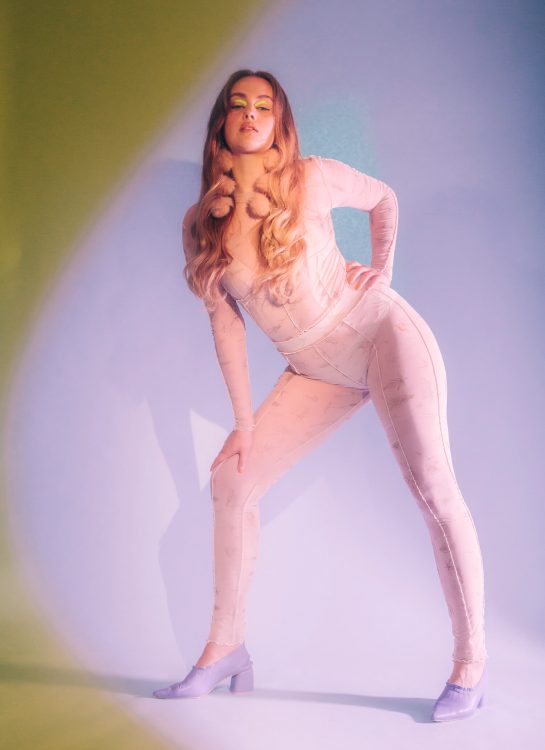 Let’s start by talking about your new EP Man, how long have you been working on the record?

I’ve been working on it for a couple of years now, It’s actually crazy how fast time has flown, while I was taking a “break” I was writing non stop so these songs have been on proper journey with me

Why the title Man?

Tell us a bit about the key themes behind this record?

If I’m honest the whole EP is written from a place of humour, obviously I get upset and passionate but none of it is very serious. My boyfriend always says I’m over-dramatic about situations in my songs but I just write down all the stupid thoughts I have instead of keeping them in.

Which is your favourite track on the record and why?

Ahhh that’s such a hard question..They all mean something completely different to me so it’s difficult to say. I’m gonna be an annoying mum and say they are all my favourite.. sorry.

You’ve been in the industry for a few years but have released EPs rather than a bigger body of work, why is this?

It just hasn’t been the right time for an album, but soon soon. 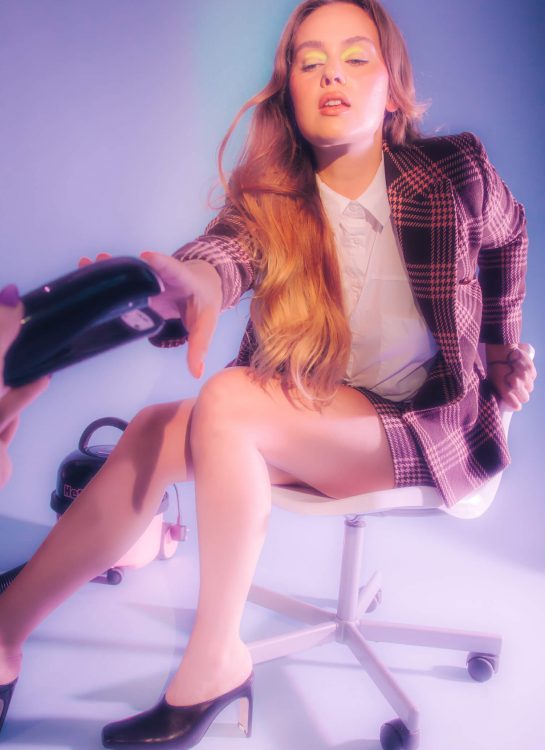 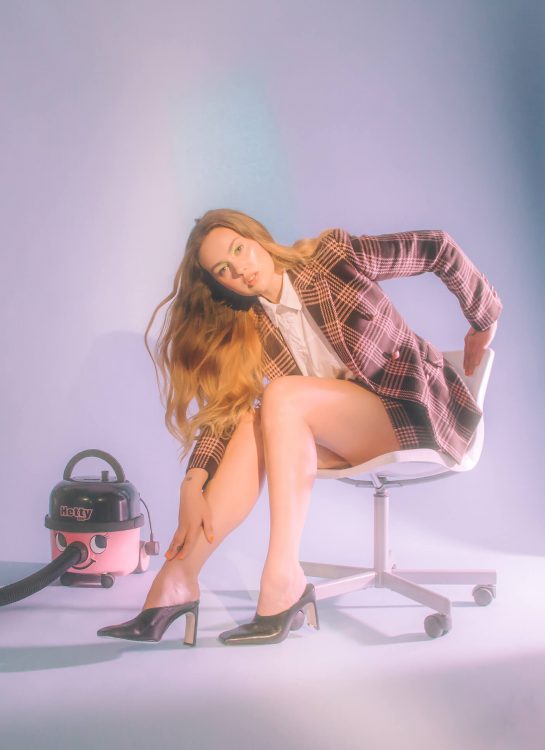 How does Man compare to your last release, Lemongrass and Limeleaves?

They couldn’t be more different, for starters I actually love the music on “Man”, I’m such a different person from “Lemongrass and Limeleaves Sasha”, I’m not appeasing anyone or answering to anyone, I’ve done this completely alone and it’s been such a journey. I’m so grateful for the clarity this music has given me.

Where does the inspiration for your lyrics come from?

My boyfriend gets a pretty rough time, bless him, but really anything can set me off, I’m quite sensitive so a lot of stuff gets to me.

Tell us about a particular you space that you find inspiring.

I find my house really inspiring, I write most of my music at home, I think because it’s a completely safe space for me, I know I can say anything to anyone and I can’t be judged and if i get tired or bored I can just switch off for a bit and come back to writing. The sound of my piano at home really inspires me as well, its a bit honky tonk and out of tune which you can hear in all my songs.

Tell us about one particular experience you’ve had in your career that has stuck with you.

Losing every bit of confidence I had inside me because of other peoples fuck ups was an experience, more than musical more than anything really, I never thought I could feel as worthless as I did back then, but it gave me the opportunity to rebuild myself, and I did.

Tell us about your closest musical friend.

Awh I’ve got to shout out my babes Katy B, I LOVE her to death, she’s always been so supportive of me and always has the best words of wisdom and we have such a laugh whenever were around each other. We actually wrote ‘Under Your Skin’ off of the EP together, she’s such a beautiful person.

I’m gonna do a headline show at some point soon which will be amazing and I’m gonna keep releasing music. 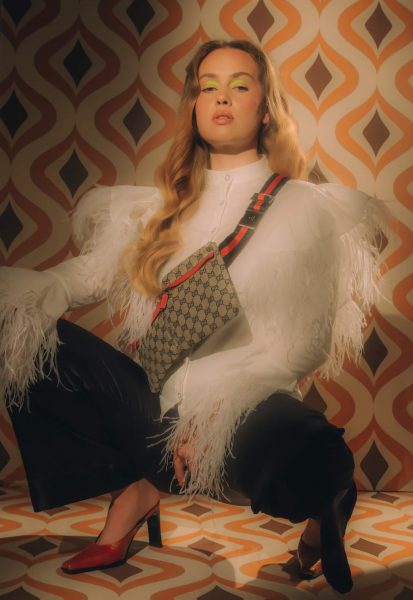 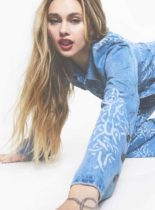 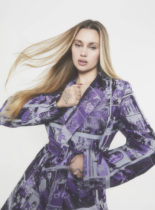