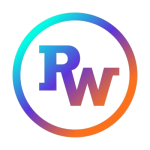 As Rock Werchter Festival shapes up for its biggest year yet with a stellar lineup, we curate a 10Trax to get you in the mood on this fine Monday...

With festival season fast approaching and despite the turbulent times we are surviving in, it’s important to have a sense of hope always surrounding us for when times get tough, we get tougher.

Our sense of hope is the thought of attending Rock Werchter Festival from the 2nd to the 5th of July (hopefully the storm has calmed by then and we are in the clear) as their lineup is certainly one not to be missed.

Residing in Belgium, this giant festival is a champion in its own right as they deliver year after year with unforgettable memories that leave festival-goers filled with euphoric hope after a few days of dancing against enigmatic sunsets with their favourite artists soundtracking these memories.

This summer’s lineup is almost hard to write about as almost every headliner on the lineup is a trailblazer in their own right. From the more than legendary Pearl Jam who needs no introduction to the powerhouses that are The Strokes, Kendrick Lamar and Thom Yorke.

What’s so inclusive about Rock Werchter is that there is something for everybody. Brittany Howard will be there with her 21st Century infused neo-soul to Belfast champions, BICEP, who will undoubtedly be making everyone dance well into the AM.

If that’s not enough to get you rolling, we’ve got Loyle Carner with his atmospheric and emotive tracks that are equal parts feel-good yet get you in your bag of feelings. Our favourite dark pop-princess BANKS will be there with her sinister brand of noir electro-pop.

Enough from us, dive into the curated playlist of 10Trax below to help you forget about things for now and gear up for Rock Werchter 2020.

"Monkey Gone To Heaven" by Pixies

"One of many masterpieces from the iconic Pixies set to headline Thursday night."

"Haim taking us into our long awaited summer with this jam."

"Brittany Howard shall be gracing you with her soulful presence on the Friday of Rock Wertcher 2020."

"The one of many sensational Kendrick Lamar tracks who is set to headline Saturday night."

"Indie rock musician from Los Angeles brings her stoic love songs for you to chill out too on Saturday at Rock Werchter."

"One of many hypnotic tracks from the alluring BANKS."

"The Mother Lode" by Thom Yorke

"The mastermind that is Thom York set to stun you with his atmospheric set on Sunday at the iconic festival."

"The One" by Jorja Smith

"Affection" by Cigarettes After Sex

"A gorgeous track from one of the greatest bands of the decade, Cigarettes After Sex."

"London's Finest MC poet, Loyle Carner, is set to storm the international stage on the Friday of Belgian festival."