Indie-pop trio Tors select 10trax to help you through your quiet breakdown in the bathroom.

Since forming in Devon in 2016, Indie three-piece Tors – comprised of brothers Matt and Theo Weeden and Jack Bowden – have seen a rolling wave of success. With over 500 million streams and features on Radio 1 and 2, the group have also co-written tracks for artists such as Declan J Donovan and Dean Lewis.

After a short hiatus to hone their craft and figure out their sound, Tors return with their latest single “Garden On The Kitchen Floor”, reminiscing on the early days of a relationship, when love trumps all issues. Discussing the track, they explain: ‘”Garden on the Kitchen Floor” is a really special return to releasing music for us – a bittersweet realisation that the moments you struggled most in were the happiest you had and a reminder to give yourself fully to life as it’s happening, not in retrospect. Coming out of a year of lockdowns and sudden, forced introspection definitely taught us to appreciate the moments we’re given in all their glory and ugliness.’ Tors are also set to support X Ambassadors on tour this coming September.

To celebrate their return after eighteen months, Tors select 10trax to get you through a secret bathroom breakdown. For all its nostalgia and tenderness, we think their latest single “Garden On The Kitchen Floor” would slot right into their playlist. 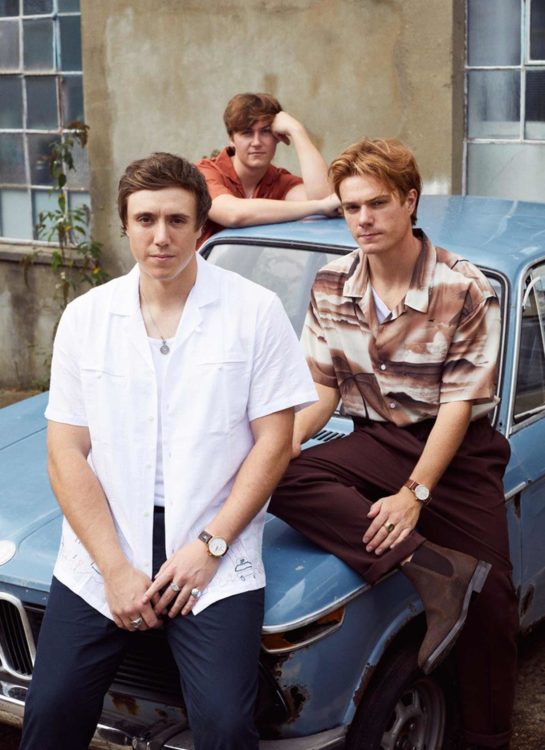 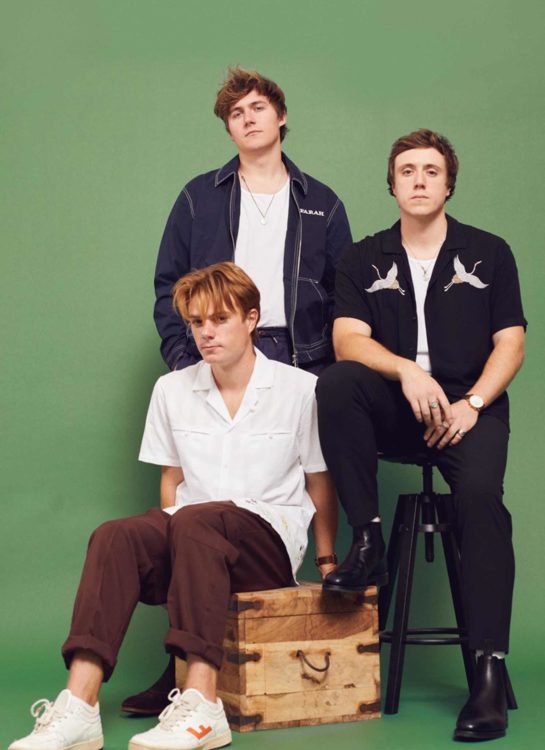 "Take It Easy" by The Eagles

"Ease yourself into your breakdown with ‘Take it Easy' by the Eagles. Gently lock the door so as not to wake anyone and sway quietly to the music as you stare, dead-eyed, into the mirror for the entire 3 minutes and 31 seconds wondering if you’ve ever actually made a good decision."

"Next, you’ll want to slump yourself down on the porcelain throne of despair, why not pair this with ‘Pink Moon’ by Nick Drake. Tap your feet along to the dulcet tones as you count the bathroom tiles, one for every mistake you ever made."

"To Let a Good Thing Die" by Bruno Major

"Let the soothing waves of Bruno Major’s ‘To Let a Good Thing Die’ wash over you as you catch the judging eyes of the dusty toilet duck in the corner, he stares back at you as if to say 'I exist solely to clean toilets with my face and even I wouldn’t trade places with you.'"

"Mouth silently along to ‘Yellow’ by Coldplay while you sob, fully clothed, in the shower hoping that somehow the cascading water will mask your tears and ultimately your shame. It does not. "

"If We Were Vampires" by Jason Isbell and the 400 Unit

"You’re at the midway point of your secret meltdown now, well done you! Why not celebrate by listening to ‘If We Were Vampires’ by Jason Isbell and the 400 Unit and letting out a muffled scream into the toilet roll, its 2-ply thickness perfectly absorbing your despair."

"Put on Laura Marling’s ‘Goodbye England (Covered in Snow)’ and sit perfectly still as you hear a gentle knock on the door followed by a concerned “Is everything okay in there?”. Let the music give you the strength to mutter a very British “yes thanks, just be a minute”, knowing full well you’ll be at least another hour, you liar."

"Somewhere Only We Know" by Keane

"It’s hard to brush your teeth while your cry-whisper “Sharon, why did you leave me Sharon” but with the help of ‘Somewhere Only We Know’ by Keane you just about manage it, you actual mess."

"By now you’re all cried out and almost ready to face the world beyond the bathroom again. Searching for a little Dutch courage while Chris Stapleton serenades you with ‘Tennessee Whiskey’, you reach for the Listerine but alas it’s ‘Alcohol-Free’. Curse you Listerine."

"Let your dry, silent weeping turn into manic, cathartic laughter as you become truly aware of your surroundings and how ridiculous you actually are. Let ‘Helplessly Hoping’ by Crosby, Stills and Nash pull you to your feet and breathe."

"I Got So High That I Saw Jesus" by Noah Cyrus

"Unlock the door and embrace the light to the southern Drawl of ‘I Got So High That I Saw Jesus’ by Noah Cyrus. By now you’re feeling as light as air, we all need a little bathroom breakdown now and then and at least you had these tunes to pull you through."