As part of a new series, we’re going to be travelling around the world pinpointing key cities and exploring their very own music scene and the home-grown talents that inhabit it.  Being a London based platform, we’re accustomed to championing the talents who are relevant to London; those that record, perform or pass through the UK’s capital. But realistically the world is full of underrepresented talents, whether it’s in smaller towns or capital cities.

Our first city is Copenhagen in Denmark, the home of Rød pølse, Nyhavn and former Notion cover star MØ. It’s also the origin city of iconic euro-pop band, Aqua, who were responsible to the earth-shattering jams “Barbie Girl” and “Cartoon Heroes”…

These days, the the cities musical output is a bit more refined. For the first of our profiles, we meet with Scarlet Pleasure. Arguably one of Copenhagen’s biggest pop success stories, their tracks consistently clock up over a million views on Spotify and YouTube and they’ve earned a huge fan following over the course of their career. Fomring in 2013, their debut album Youth Is Wasted On The Young, which dropped back in 2016, saw them team up with the producers like Om’Mas Keith and Ronni Vindahl, who have also worked with the likes of Frank Ocean, Jay-Z and MØ. They’ve already released a handful of catchy EPs, all of which have landed in Denmark’s “Top 10”. They’ve also headlined the country’s Roskilde festival, which they will return to this year alongside Bob Dylan, Cardi B and Rosalia.

Today, they’ve released their latest track, “24/7″, a folk-infused jam which acts as a part ode to Dolly Parton. Describing the release, the trio said: “Dolly Parton’s graceful voice is eternal, just like when the tremolo-guitar rides weston a Nancy Sinatra-song. We want our songs to represent that same energy so that the minute you press play you’ll think: Scarlet Pleasure. The three of us is the music, the DNA. Then we can add whatever flavour we’d like.”

We grabbed five minutes with the band to learn the basics. 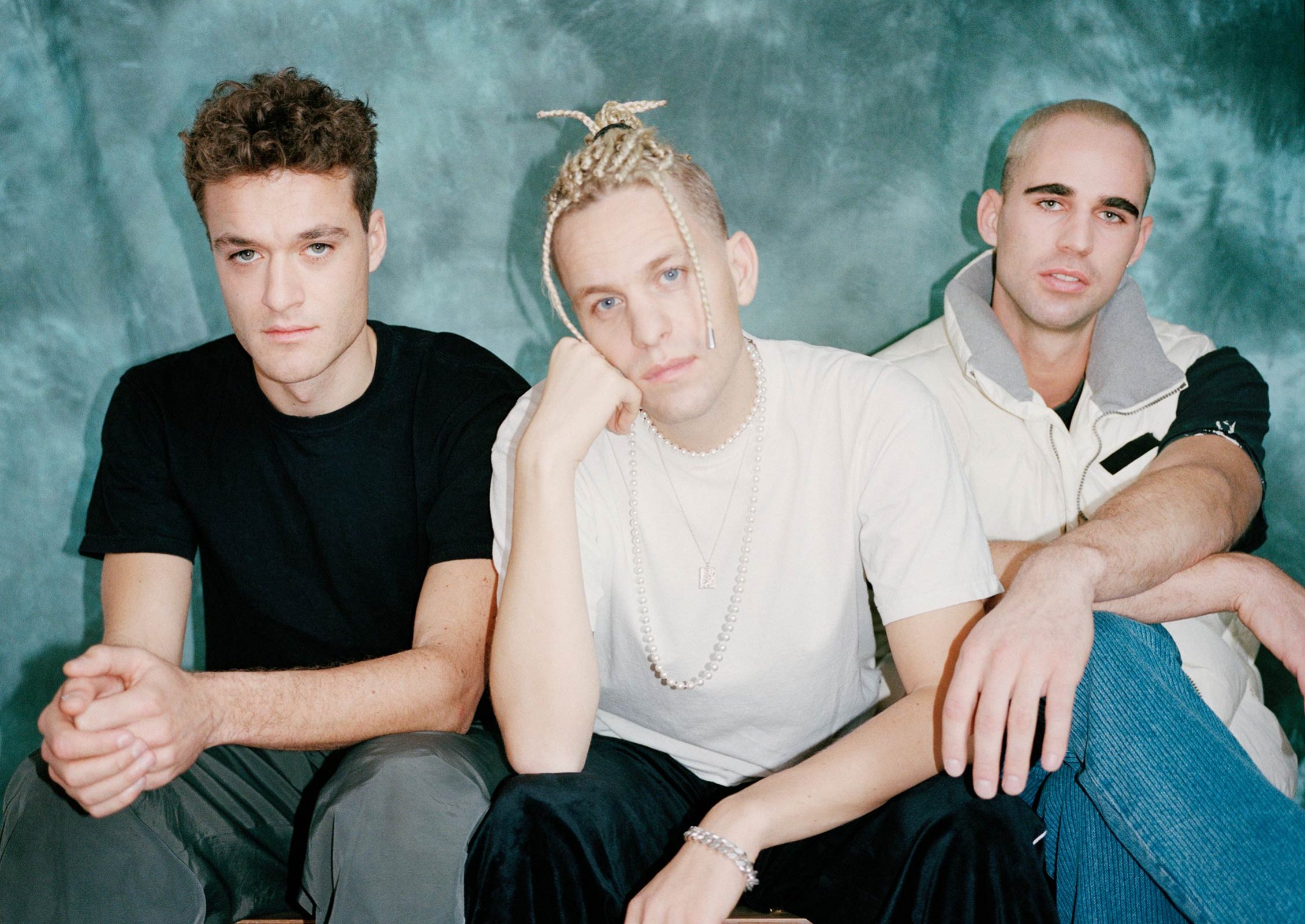 First off, how did you all come to be in the band together?

We met each other in primary school, where big fans of ‘The Red Hot Chilli Peppers’ and decided to start a band in 8th grade.

Tell us a little bit about the music scene in Copenhagen?

There are so many great artists in Copenhagen right now, it’s a really inspiring music scene to dive into.  Our dear friend and producer Vasco has just released an EP (tender luv) and artist like Vera, OKOK and Liss are all on an exiting journey.

Vega at Vesterbro is definitely one of our favourite venues. Designed by the Danish architect Vilhelm Lauritzen the whole interior has a classic touch of danish modernism.

You’re dropping a new track today. Tell us what it is about. What are the key themes?

Imagine a space cowboy on acid. We made the song last Fall together with OKOK and we wanted to bring the feeling of a country/folk vibe into our sound.

Where do draw your inspiration from?

Mostly for all the great experience we have touring – or traveling in general. We don’t have a studio in Copenhagen, so we usually pack our stuff and go somewhere else to work. Been in the North of Sweden a few times now, where there is snow as far you can see. It’s really inspiring to be so close to nature.