Star2: “If It Wasn’t For The Music, I Wouldn’t Be Here Today”

Ahead of the release of his single “Real Life”, San Diego singer-songwriter and rapper, Star2, speaks to Notion about the meaning behind his latest track, his musical journey so far and what success means to him.

Life has not always been easy for Asian-American rapper Star2. Born in a Thai refugee camp as a Karen minority escaping persecution, he migrated to America with his grandmother and uncle at six years old, transforming his landscape into an alien world buzzing with cars, electricity and paved roads.

Inspired by artists such a Justin Bieber, Tyga and Chris Brown, Star2 turned to music as an outlet to navigate the uncertainties of his life. Making music in the home studio of a friend and neighbour, Star2 curated his own distinct sound, relying on slick earworm hooks, irresistible R&B melodies, and a strong hip-hop sensibility.

Prolific in his songwriting, he now reveals his latest track “Real Life” with rapper Lil Poppa, as they bond over their shared experience of growing up in inner-city poverty. “Real Life” leads with a classical backbone of piano and strings, that layer up with a trap drum beat to create a haunting track that chronicles the feelings of despair the artists’ felt growing up.

Star2’s deep connection to his roots and past has provided fertile ground for his musical journey. In his interview with Notion, Star2 reminisces on his turbulent childhood, outlines his creative process, and looks forward to reconnecting and giving back to the refugee camp where he spent the first five years of his life. 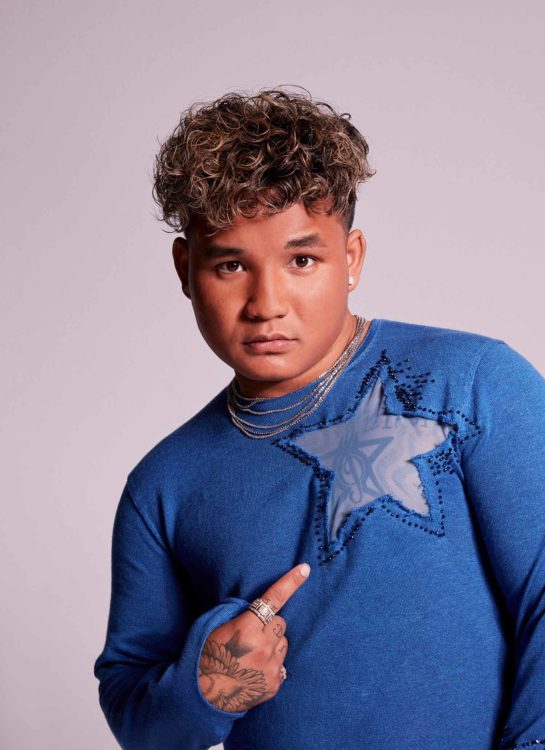 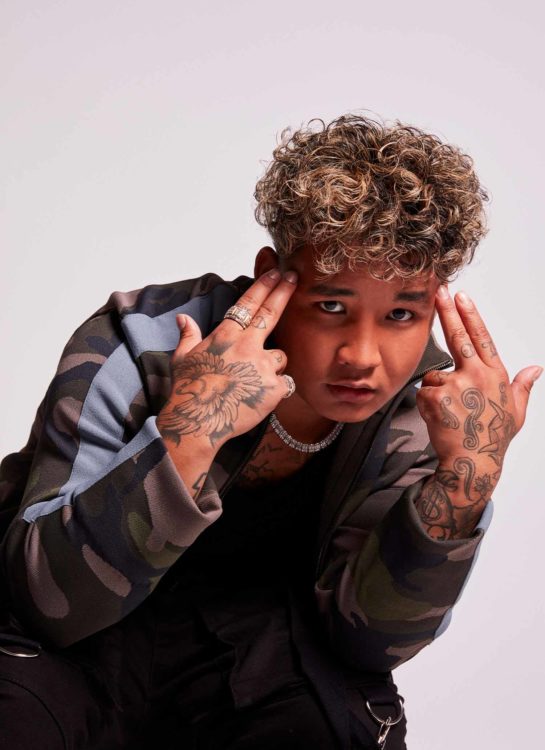 Congratulations on your new single “Real Life”! Can you tell us a bit about the message behind it?

Thank you. “Real Life” is about the struggles that kids go through… whether in urban cities or wherever in the world. In my verse, I talk about my struggle growing up in a Thai refugee camp and in poverty in the U.S. My music has made a doorway out of some bad places in my life — I hope it’s that for other kids who are struggling too.

Life can be hard.

I had a period of getting in trouble when we first moved to the U.S. I’m not making excuses but we lived in a rough neighborhood in San Diego… six of us in a one-bedroom apartment. We got financial help for three months and after that, we were completely on our own. None of us spoke English. We were used to rice distributions once a month in the camp. My grandmother left for work early in the morning before we woke up and my uncle, who had a drug addiction, had gone to jail. I was a refugee kid who had never seen a paved road, a car, a building, electricity, a bathroom. Kids in the neighborhood attacked us. We had to toughen up fast.

How was it working with Lil Poppa on the track?

Making the song with Lil Poppa was fire! He’s humble… not flashy. Not what I expected! He’s a storyteller who’s honest and I respect that. He’s been through the same struggles as me but in a different way. He is one of my favorite artists and is hella underrated. We had hella fun shooting the video in the desert! Lol… AND we did our own stunts!

What was the concept behind the visuals for “Real Life”?

Someone recently asked if our desert set was based on the Modern Warfare Map in Call of Duty. Lol… it wasn’t! I wanted to do something that felt post-apocalyptic. I was looking online for shooting locations and found the plane crash site in the desert and thought it was perfect! There were all these spots at that location that felt like the end of all civilization! The icing on the cake was the colored smoke bombs and racing the ATV’s!!

Do you have any dream collaborators you would love to work with? 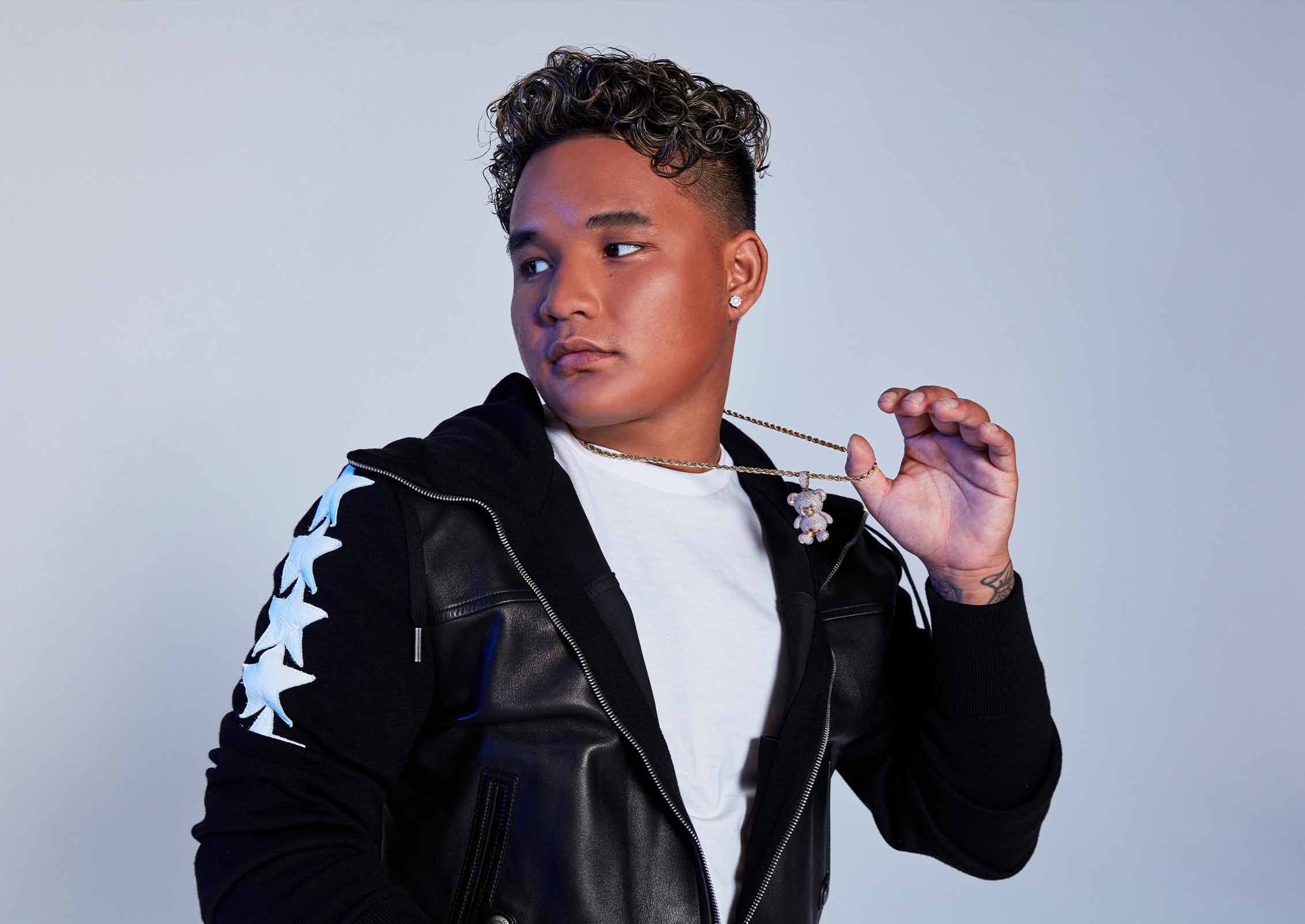 Can you tell us a bit about your musical journey and how you got to where you are today? When did it click for you that music was what you wanted to pursue?

My uncle, who was about 17 at the time, lived with us. He played the guitar and kind of opened my ear. I started rappin’ in middle school and making little music videos. Some of my early songs were half-Karen and half-English. I had a friend who lived at our apartment complex who made a little home studio in his living room. We spent hours listening to music and freestylin’. Another neighborhood guy made beats. That’s how I dropped my first songs.

It got real when I met my record producer, Chico Bennett, and went to a real studio in LA. The collabs with YSN Flow, Luh Kel, Stupid Young and Lil Poppa have been a real gift. I’m grateful.

With lyrics like: ‘I live in a place where you hear sirens all the time’, “Real Life” chronicles growing up in a turbulent setting. How important was music to you as an escape? Who were your musical inspirations growing up?

I say in the song, “If it wasn’t for the music, I wouldn’t be here today.”  It’s true! Music is everything to me, it saved me!  My life has been chaotic and filled with tragedy.  I express my life through my music … and there’s been a lot of heartache and pain.  Music has allowed me to tell my story and to really process what I’ve been through.

As far as musical inspirations – growing up I loved Justin Bieber; Chris Brown made me want to start singing and dancing. My dream was to be just like JB. Listening to him made me want to write my music myself.  I used to sing all of his songs to anyone who would listen.  My favorite was “Love Me.”  I also loved listening to Tyga, Lil Wayne, Akon, The Young Money Crew – and Bruno Mars for ballads. Juice Wrld will always be an inspiration.

Can you outline your creative process?

I kind of have two different methods. One is to listen to a certain type of beat and just let my mind go. When I’m in the studio, my producer will play a beat and I start workin’ out lyric ideas. We’ll record the verse or hook and just build it from there. The other way is, sometimes I’ll wake up with a hook or a melody in my head – or just be kickin’ it and something pops in my head. I’ll work on that and use it in a song.

How do you envision your sound evolving in the future?

I am experimenting with different sounds.  I am dropping a single next month that has a reggae/calypso flavor – I am a big Bob Marley fan.  It would be hella fire to do some tracks in Spanish – I like Bad Bunny and reggaeton.  I am also starting a project that’s international with Karen and Thai rappers.  A while back I was more into love songs and ballads.  I’m kinda feelin’ more hardcore rap right now though – so who knows. 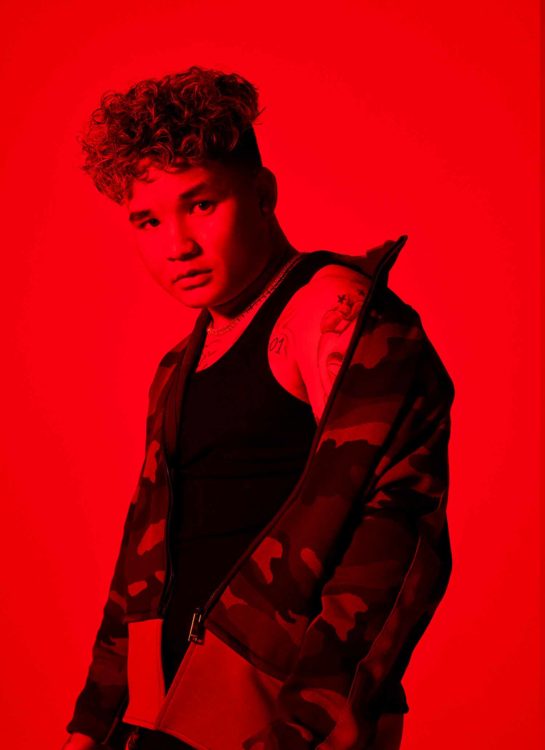 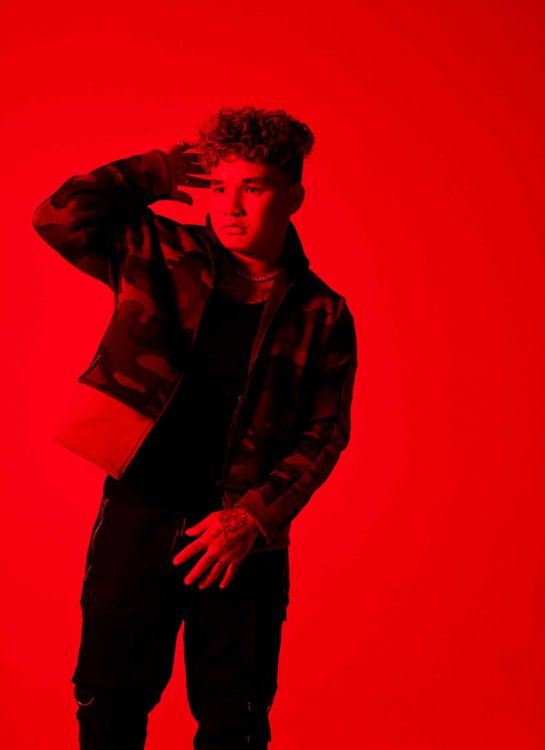 What does success mean to you?

Success is sharing my music and being able to express myself artistically. Making music a full-time career and being able to support myself is a dream. I chopped frozen meat in a grocery store and got frostbite on my fingers – for real, they hurt and were completely numb for weeks.  I also did the night shift at a donut shop and bakery, which was exhausting and I kept getting sick.  For years, my grandmother picked mushrooms 40 minutes from our apartment before dark to support five kids. I am already living the dream.

What is a motto you live by?

Believe in yourself and never give up!

What’s next for Star2? What are some goals and aspirations for the future?

I want to reconnect with the refugee camp in Thailand where I was born and lived until I was five.  I am studying for my US Citizenship test next month. Once I pass and get a passport, I want to visit and help the kids who are still there.  I am reaching out to some talented rappers in the camp to do some collabs. I want to set up a studio for them to use in the camp to give them an outlet and hope. I’m also going to be bringing them clothes, toys, soccer balls, and help with food.