Whether it's a return to live events, some tasty treats or a thought provoking exhibition, find out what's going on in July across the UK.

July is here and we’re ready to soak up everything it has to offer.

Whilst many of the major music festivals are being moved to August, there’s still a lot going on, including major exhibition openings, food experiences galore, superb outdoor festivals, and the return of the very best theatre shows.

Here’s our definitive guide to the best events and things to do throughout London and the rest of the UK this July. 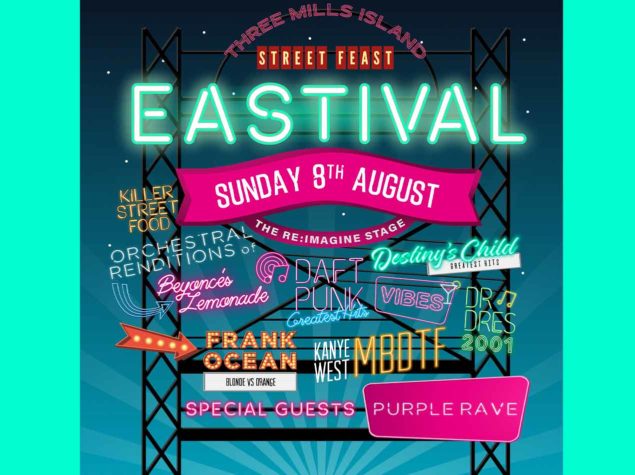 Eastival will create an environment where everyone knows the words, singing along to a setting sun alongside beautifully crafted visuals that will accompany the orchestra on stage.

Brunch with BULLDOG Gin at The Alchemist

BULLDOG Gin has teamed up with cocktail connoisseurs, The Alchemist, to launch a summer brunch menu you won’t want to miss.

The SOS Saviours of Summer brunch menu will be available in cities across the UK from 17th July. Discover three new cocktails and a brunch dish with prices starting at £25 per person depending on location, with the option to sample boundless cocktails for just £10 more. BULLDOG favourites such as the Supersonic Gin & Tonic take the top spot on the menu, alongside summer specials such as the Peachy T and Pink Pomelo Fizz.

Plus, it wouldn’t be a BULLDOG style brunch without an Ibiza house classics soundtrack playing in the background. So if you haven’t managed to jet off to the Balaerics this summer, all is not lost, The Alchemist is a delicious option. 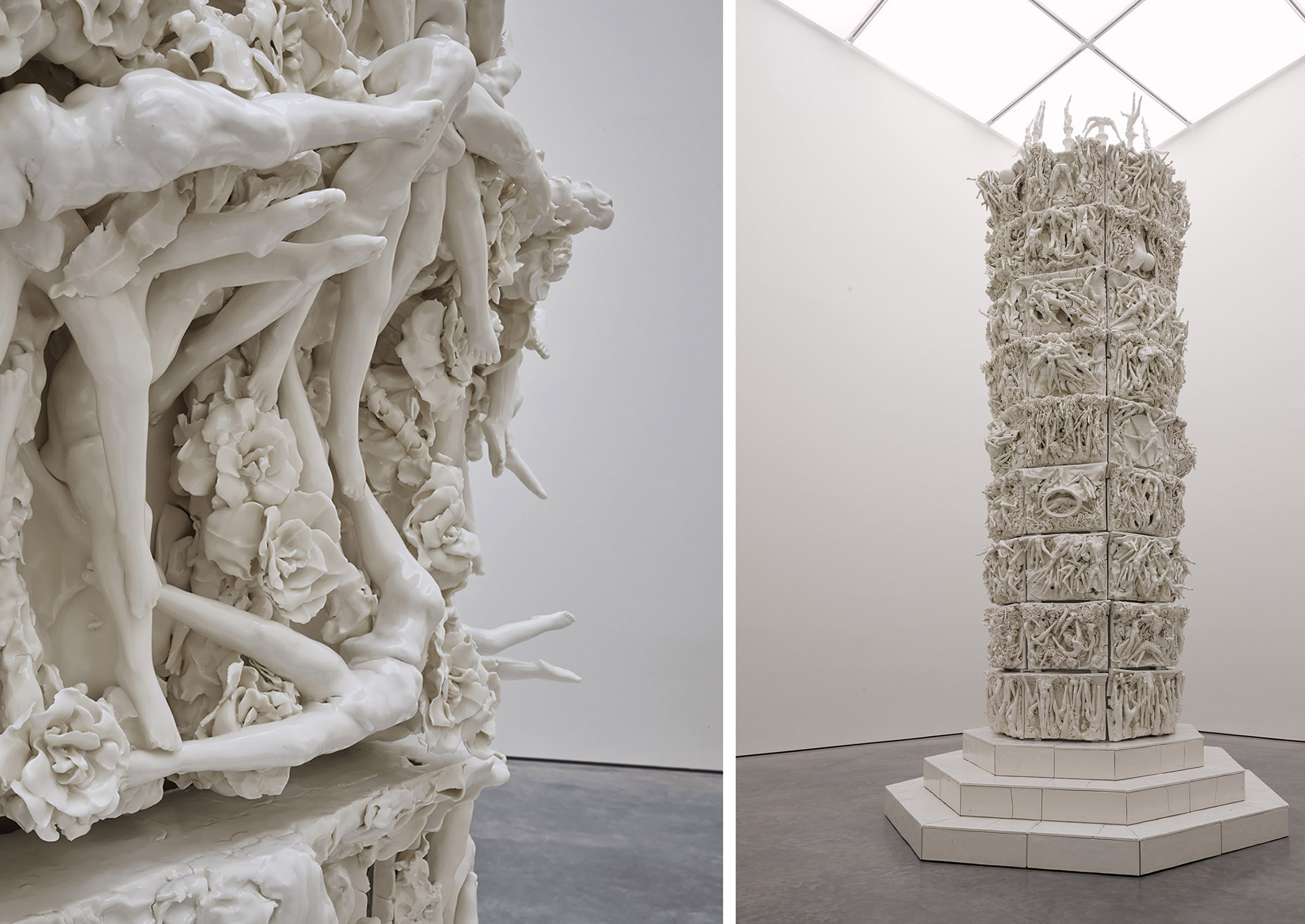 Yorkshire Sculpture Park is delighted to present 399 Days by Rachel Kneebone in the unique environment of the 18th-century Chapel. The artist’s most ambitious sculpture to date, 399 Days is named after the length of time it took to make, with the piece standing at over five metres in height and being comprised of 63 exterior panels.

Monumental in scale yet exquisite in detail, it echoes historic sculptures such as Trajan’s Column, a plaster cast of which is displayed in the sculpture court of the V&A, where 399 Days was also shown from 2017-2019.

Kneebone’s sculptures do not depict the full human form but allude to the body through the use of a mass of legs appearing to be in motion, often shown in relation to organic forms such as flowers and orbs. The contemplative space of the Chapel allows for another view of 399 Days at height from the balcony. Here, drawings from the artist’s Ovid in Exile (2016) series show different aspects of her practice as well as the relationship between works on paper and sculpture.

For the YSP exhibition, Kneebone has made new sculptures, where motifs such as tendrils, folds, ribbons and spheres are fluidly interwoven creating a vine-like structure which protrudes from the wall. The exhibition is supported by White Cube Gallery and is key in YSP’s 2021-22 artistic programme, which is dominated by women artists.

Following the sell-out successes of PAPA L’s KITCHEN Summer and Autumn menus, Executive Chef and Founder, Lawrence Gomez, is back from July 1st 2021 with his exclusive African Fusion Cuisine.

Along with African Fusion Cuisine, which Chef Lawrence describes as his ‘culture and career on a plate’, the restaurant will be a rich celebration of African countries and diaspora through art, ambience, music, and energy. Food, flavours, and company will also not be rushed, with Gomez refusing to turn tables after a set amount of time so that guests can enjoy a leisurely and sociable dining experience.

The menu includes a wide variety of delicious dishes, such as PAPA L’s signature grilled king tiger prawns, Ma’s Benachin rice, and the Tempura Kanja; a very popular vegetable in Gambia and across Africa which is dedicated to his time working in Sexy Fish. Other dishes include the dover sole fillet, a favourite of the Jermyn Street locals, as well as being one of Gomez’s favourites and the Papa Lova a take on Pavlova, Eton mess-style with his signature raspberry coulis.

Check Out The All-New Underbelly Festival

A usual South Bank regular, Underbelly’s upside-down cow tent is moving to a brand-new location in Cavendish Square, just off Oxford Street, this summer. It’s a feast of top-quality live entertainment: comedy with Andrew Maxwell and Zoe Lyons, plus live podcast recordings from ‘Films to be Buried With’ and ‘Drunk Women Solving Crime’. There are lashings of drag, cabaret and musical acts too!

All partnered with atmospheric outdoor bars and premium street food and drink, we can’t wait for the big cow to return.

Take a look at the full listing of what’s on this year on the Underbelly website.

Cricket Is Back – But Not As We Know It

The Hundred is an all-new 100 ball cricket competition. Ran by the England and Wales Cricket Board (ECB), the competition will take place for the first time this summer, having been delayed a year due to the pandemic. Created to attract younger and more diverse crowds to watch cricket, the games will last around two and a half hours.

It will feature world-class players and massive names from around the world. Eight brand new city-based women’s and men’s teams will compete over five weeks.

The Hundred will also give equal weight to both men’s and women’s sides, with almost all the matches taking place as back-to-back double-headers at the same venue on the same day. One ticket will give access to both the men’s and women’s games, while men and women will share the same prize money.

The Hundred will launch on July 21 and tickets are available on the website.

Many festivals took another massive hit as the UK’s final restrictions were delayed on June 14. A week later and Latitude were able to say they were “very confident” the event could go ahead as planned.

“While I was disappointed in the immediate aftermath of the [Prime Minister’s] statement, on reflection, I think it actually gives much more certainty of Latitude being able to happen than if he had loosened things on Monday because the country will have strangled the variant’s ability to spread to a greater degree through increased vaccination,” said organiser Melvin Benn.

Although the line-up has changed considerably since the festival was first announced, Bastille remain in place as Sunday night headliners, with Wolf Alice, Chemical Brothers and Bombay Bicycle Club also set to perform.

Held in Henham Park, Suffolk from 22-25 July, tickets are still available to purchase on the events website.

Celebrate summer at the world’s largest flower show with gardening inspiration and stunning floral displays in a majestic setting.

There is a huge variety of things to see and activities at this year’s RHS Hampton Court Palace Garden Festival.

Visit the exciting new Show, Lifestyle and Global Impact gardens from inspiring designers. Themes include Scandinavian design, sustainability, and wellbeing; these gardens will create green spaces to reconnect with nature, friends, and families. Attendees will also be able to immerse themselves in The Festival of Roses; a world of gorgeous colour, chat to exhibitors and find a favourite new variety of rose.

Take part in inspiring, creative, and practical talks, demonstrations and workshops on gardening, floristry, design, food, health and wellbeing. Experts this year include festival favourite Dame Mary Berry, Michelin-starred chef Jean-Christophe Novelli and Mr Plant Geek. Television and radio presenters, scientists and journalists will also make an appearance including Arit Anderson, Adam Frost and Hugh Fearnley-Whittingstall. Each evening is brought to a close with a set from the Brass Funkeys or the Soul Sisters.

A Return To The National Theatre

Like many other performance venues, the National Theatre’s Olivier theatre battled valiantly against the events of 2020. Let’s hope that the third time’s a charm, as the doors open once more. This time to Lyndsey Turner as she directs a large cast headed by lockdown legend Michael Sheen in a stage version of Dylan Thomas’s classic radio masterpiece.

Michael Sheen will star alongside Karl Johnson and Siân Phillips in the acting company breathing new life into the poetic drama about the oddball inhabitants of a fictional Welsh village of Llareggub.

The Olivier will be set up in the round for the entire run, with only 500 socially distanced seats. It’s currently sold out but check for rush tickets on Fridays. 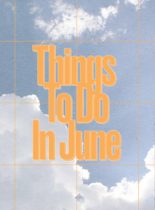 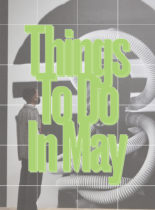 Everything On In April 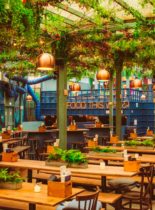 We’ve comprised a list of what there is to do this April and it’s almost as if things were normal.