Tia Carys Is Carving Her Journey in Rap

Rising rapper and 'local princess' Tia Carys speaks about honing her sound, learning that she can't please everyone, hashtagged rap battles, and being a pioneer.

21-year-old Tia Carys first showcased her musical abilities through hashtagged rap battles, catching the eye of major UK music personnel, including Wretch 32. Since then she has been making a name for herself with her powerful storytelling rap, including a message to empower future generations.

There is only a select amount of people in this world where you genuinely connect with from the get-go, the authenticity behind the young artist, Tia Carys, seems to travel way beyond her years. On a Friday night, most twenty-something-year-olds would be getting ready for a night out, yet Tia was in her car about to head into the gym and I had just got home from work, it is safe to say we were comfy. Immersed in a cherished conversation that had me become the interviewee for a short duration of this conversation, a feeling that is only felt with someone you feel like you have known for years, showcasing the authenticity behind our words. “We’re getting old,” said the 21-year-old, after delving into the conversation of trust, stability, and friendships. 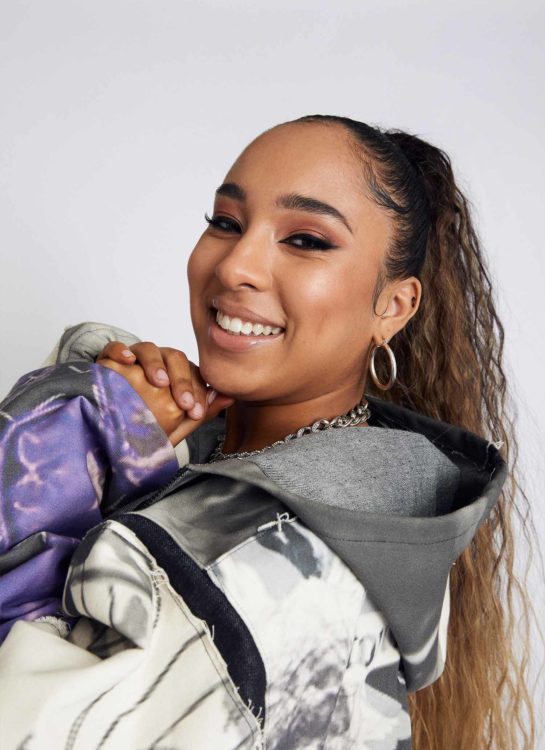 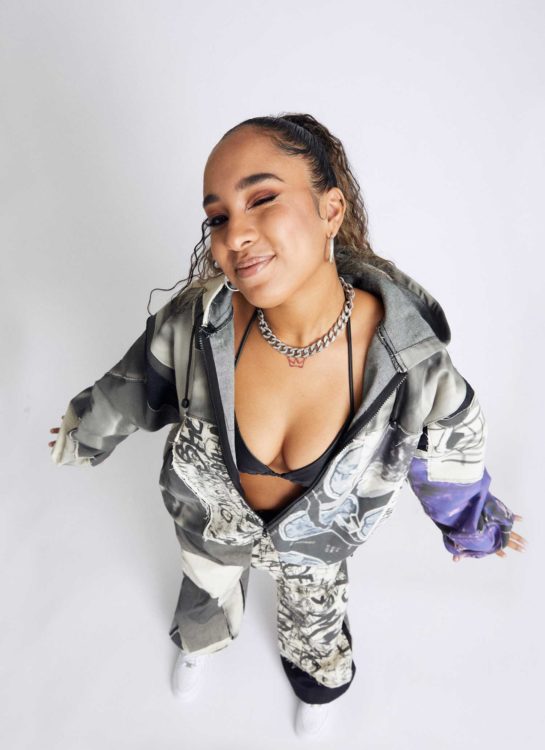 Most Tia Carys fans came across her music after the brilliance of her single Intro back in 2020, a powerful lyricism and music video, that brought her name forward in the UK rap scene. That was also the first time I was introduced to her, the video depicts Tia in her truest form; spotlight on her, fierce yet beautiful clothing, and a simple backdrop that shows listeners she is going all-in for herself. She is honing what many would call ‘real rap’, storytelling rap, that submerges you into the picture they are painting for listeners, the struggles of sexuality and religion and the general sense of ‘not fitting in’ is who Tia makes music for, those sitting outside the threshold of ‘normality’. She’s always been one with music, yet it has only been in this past year where people are starting to get to know the immeasurable talent behind the young musician with a prevailing, stern voice and message.

She has had a whirlwind journey that has perfectly led her to these moments right now, being born without hearing, which was quickly operated on from an early age, she was born into Ghanaian and British heritage while navigating her sexuality in female friendship groups that were not as accepting of the world as she is. Music has always been her outlet, rain or shine, she has rapped about her story and is now only starting to realise the true extent of her skills. If you didn’t love or even know about Tia Carys before this interview, trust us, you’ll want to know now… 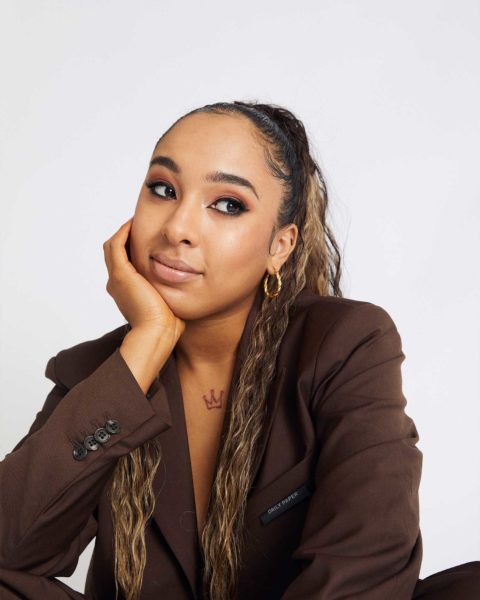 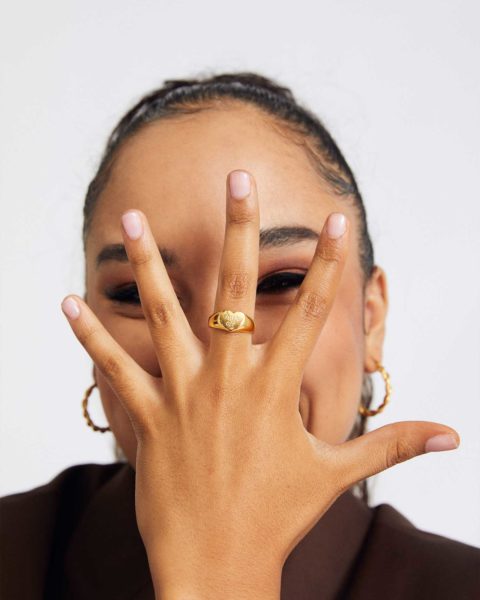 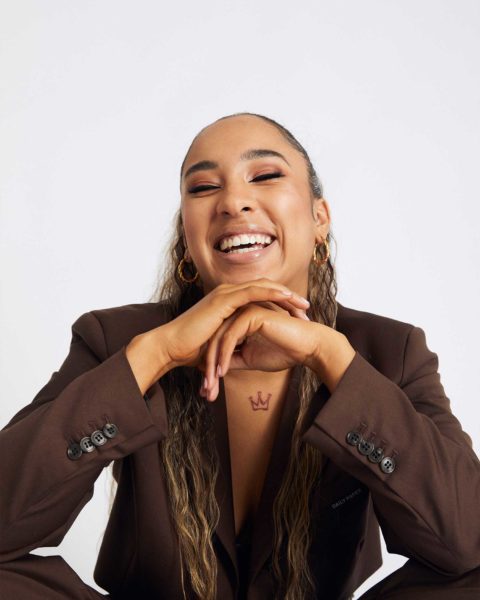 This past year has been so exciting for you, what have you been up to?

I’ve just brought a mic, headphones, and interface set, I’ve been trying to figure that out and record my vocals. And I’m trying to record demos from home, I want to do all of these in my own space and feel comfortable in whatever I do. Then go studio.

Isn’t that how you first started out? You immersed yourself in rap through hash-tagged rap battles, and that’s how you started to get traction. So, you’re going back to basics?

Yeah, it’s basically a 360, but before I didn’t have the equipment I have now, that was literally just recording myself off my phone. I think want to put demos down and send those around, I also think I want to start writing for other people… I can write, I just don’t have the voice for it, there are so many amazing vocalists out there that would sound good on what I write.

What is your creative process then when you create music and how would you decide that a song is for you to perform?

I do it myself, for the most part; the beats I source differently. Sometimes someone will send something for me, or other times I’ll go to a studio session and go from there. Sometimes I like to take random beats and just mix it, or I’ll just start writing. I used to ask for people’s opinions but when they give negative ones it is kind of like, well, fuck you. I’m not doing it for you then.

I remember this clearly when I was first introduced to you. it was when you released “Intro”, and all I remember thinking was how powerful you are. In a sense, you were speaking on subjects that were kind of taboo, I want to know your thought process at each stage of that creating that.

It’s so funny because the girl I was talking about I randomly found her name on my phone today, and because I was so excited at the time about having a girlfriend, under her name in notes I had like all the dates we met and what we did together. So, intro, I started in 2016 when I had my first experience with a girl. And I didn’t know she was a girl, I thought she was a guy before. And by the time I found out I was like, okay this is new, but it was toxic. And when it ended, it just ended so bad and I didn’t know how to navigate that. It originally started as a diss track to her, and at the time I was just introducing her as my friend to everyone, but I think some people realised. My mum realised though. So it was a freestyle, over Wretch and Avellino’s Fire in the Booth beat, and the fact they commented on it, it was crazy.

And when I got signed, Intro was one of the tracks we had to go with because it was powerful. At the time, the people around me knew I was bisexual, my dad knew as well, I wasn’t worried about that process because I had already gone through the shitty side of it. like I had friends that stopped inviting me to sleepovers, I don’t know why, but I have already been through that.

The reaction for the most part was so good; I think people really connected to it. and even though it’s not a thing that people talk about in public, but it created a certain type of safe space. People would tell me I would go to hell etc, but in the same breath, you’re smoking and drinking so I guess I’ll see you there… but that track created a safe space for me. 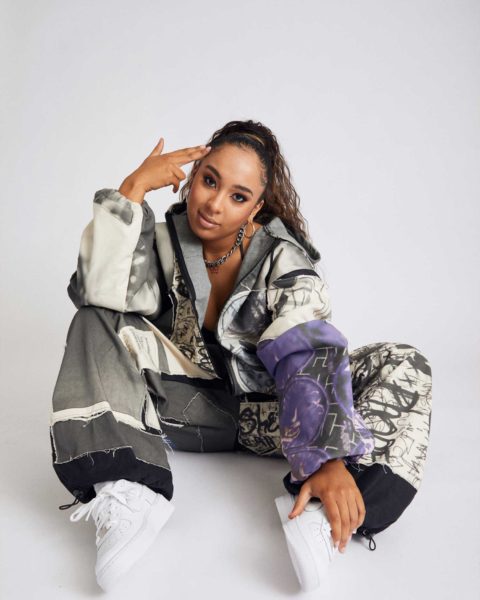 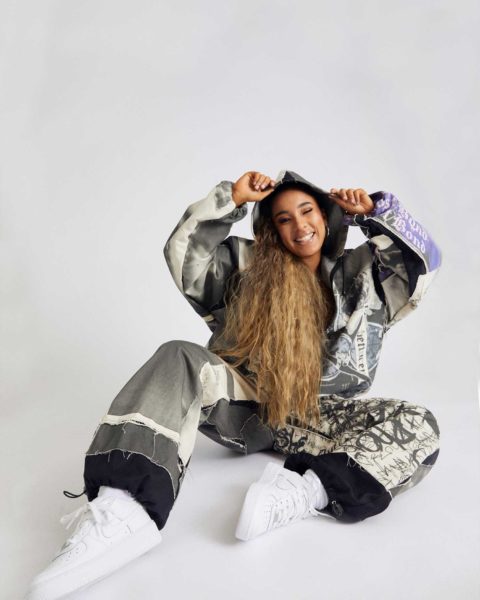 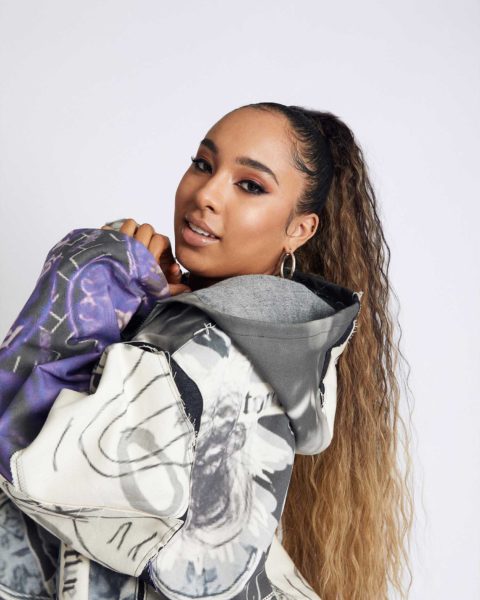 What have you learned about yourself since the release of “Intro” and making music?

You make music for ‘kids that don’t fit in’, you’ve explored religion and sexuality and your dual heritage with the track “English x Ghana”. Personally, I was a kid who didn’t fit in and your message gives me solace, who do you want to be for your listeners?

I wanna be a big sister to them or a friend, someone to guide. You know what’s crazy, I didn’t fit in in school, and I feel like a lot of the kids who were popular or fit in, aren’t really doing anything now. I was bullied in the first year of high school, but then it was okay because I wanted to be different. I wasn’t into anything all the other girls were into, and I had bad experiences with my girlfriends. like I found out they were all kind of bitching behind my back, laughing at me and stuff… I went to a little high school reunion the other day and they were basically like “you said you were gonna do this and no one believed you would” and I was like… oh.

Recently you tweeted “I’m nothing more than a product”. What did you mean by that?

I learned or I am learning that this is a business, sometimes people don’t really care about you. People don’t always have your best interest at heart, and a business needs to make money regardless of if you’re sick… and that’s something that I am navigating because it didn’t look like that when I signed up for it.

I don’t think it should be like that though. How do you push yourself through that and determine your worth? 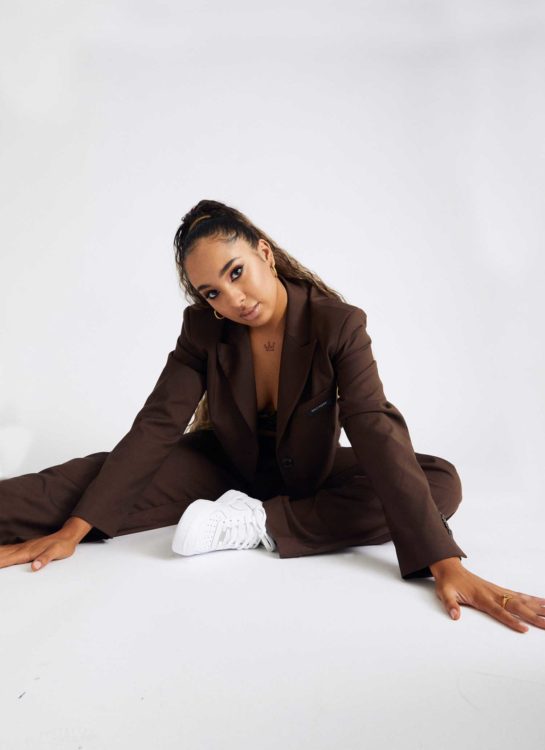 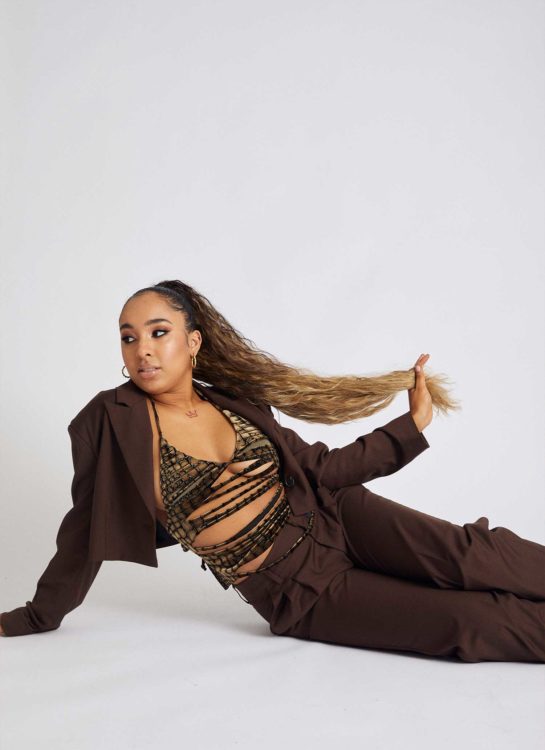 You were born without hearing, and then you immersed yourself into music – I truly believe in how we were brought into this world sets the stones for where we are.

Tell me about your hip-hop teacher that made you fall deeper in love with music?

We used to train every Saturday, different genres I would come in an hour earlier, we’d pick a different track every week and breakdown all the different instruments and melodies that we coud=ld find. And he’d tell me to go home and come back with a freestyle with the different melodies and instruments we found. And that really upped my level of music, so thanks to him! We still speak, so I love that… he told me the other day I need a PT haha.

The power of future generations, like yourself, is unstoppable in growing, thinking, and shaping our future, where do you see yourself in the next 10 years?

I want to be a pioneer… I want to expand in the creative side and maybe in the future do singing, acting, and dancing. I just want to start a charity or a few, for women, homelessness, and domestic violence. I would love to be a philanthropist.

What is coming next for you then?

Next year we got a tape but I’m trying to focus on honing my sound at the moment, I want to excel in what I do. I am trying to make timeless tracks at the moment, talking about real subjects. I need to navigate the branding, as an artist, I am expected to know who I am and what I want to sound like and present that to the world. But I’ve just turned 21, I am still learning, I don’t even know who I am yet, but we’ll get there… 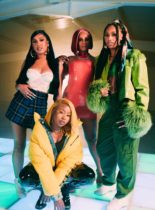 Rebecca Garton, Ling Hussle, Alana Maria and Tia Carys have teamed up to bring us "All Me Pt. 2". We asked the group about their musical firsts.