Tinea Taylor: “Everything Happens When It’s Supposed To”

DJ and presenter, Tinea Taylor, is an inspiring example of how hard work and determination has led her to become true UK radio royalty.

With over 10 years of experience in the entertainment industry, Tinea Taylor worked her way up from an online presenting job with a pop culture magazine to securing a coveted presenting job on the new Kiss FM: Kiss Hype Chart. From the age of 16, Tinea knew she wanted to be a TV and radio presenter, but the representation of Black women in British media was scarce and she faced scrutiny when she applied for roles at stations at the start of her career.

Now live six days a week on one of the UK’s biggest radio stations, Tinea has also found herself DJing at huge events in Ibiza and Mallorca and presenting at the country’s biggest festivals including Wireless and V Fest, as well as awards shows such as the MTV EMAs and MOBOS. Not to mention her voiceover work with ITV2.

The DJ and presenter has become a familiar voice for thousands of young listeners, with whom she hopes to share her positivity and ambition. Tinea has been a key speaker at several female empowerment events including ‘Go Think Big’ sessions and GRL PWR GANG’s all-female workshops, proving that she’s motivational both on and off the airwaves.

In an interview with Notion, Tinea shares her journey as a Black woman in the entertainment industry, in the hope of inspiring young women to pursue their dreams. Jump in! 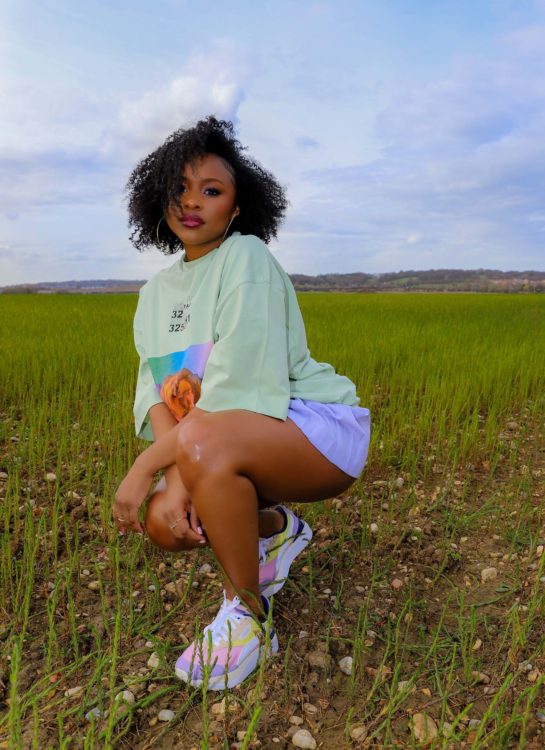 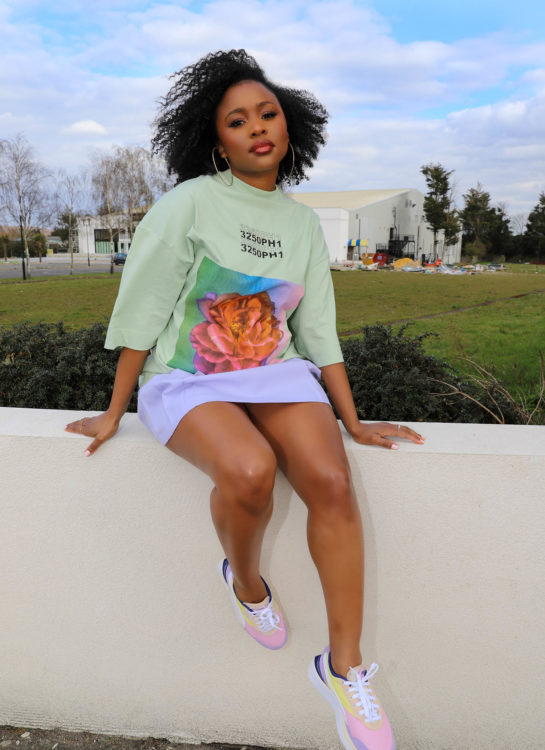 Having been in the entertainment industry for over 10 years, you must have some amazing stories. Can you share one of your craziest moments?

I think one of the craziest moments for me would have to be DJing to a crowd of 25,000 people at a festival in Malta. It was the biggest crowd I’ve performed for to date and I was probably the most nervous I’ve ever been, but it was incredible.

Presenting the Kiss FM Hype Chart show, how do you stay ahead of the trends so you’ve got your finger on the pulse for the next big thing?

Honestly I just listen to all the music that gets sent to me. I constantly get DM’s from artists asking how they can get their music played on the show. Also TikTok is great for hearing new songs and engaging with what people are into. There’s a song I love that I play a lot on the show by A1 and J1 called Latest Trends – they’re so young and only made a snippet of the tune we know today but it got so much love on TikTok they made it into a full song. The Hype Chart is all about the people, the listeners and the songs that they are playing and feeling the most, so yes it’s definitely my duty to know what’s out there.

Who are three artists you think will blow up soon?

– Bree Runway is incredible! She’s already getting so much love and recently worked with the legend Missy Elliot but she’s going to have a real big moment any day now I can feel it.

– Prvna is somebody I recently discovered. She has a tune out right now called ‘Get Down’ and it has a big dance/ soulful house vibe to it. I really hope she gets all the love soon, she deserves it.

– Kamille is already known for writing and producing some of the biggest hits we sing along to today from artists like Little Mix, Mable, Fredo and Clean Bandit. But as a solo artist, I think she is going to be just as big. She can do it all. Her new single “Mirror Mirror” is a tune we need to be hearing out this summer! 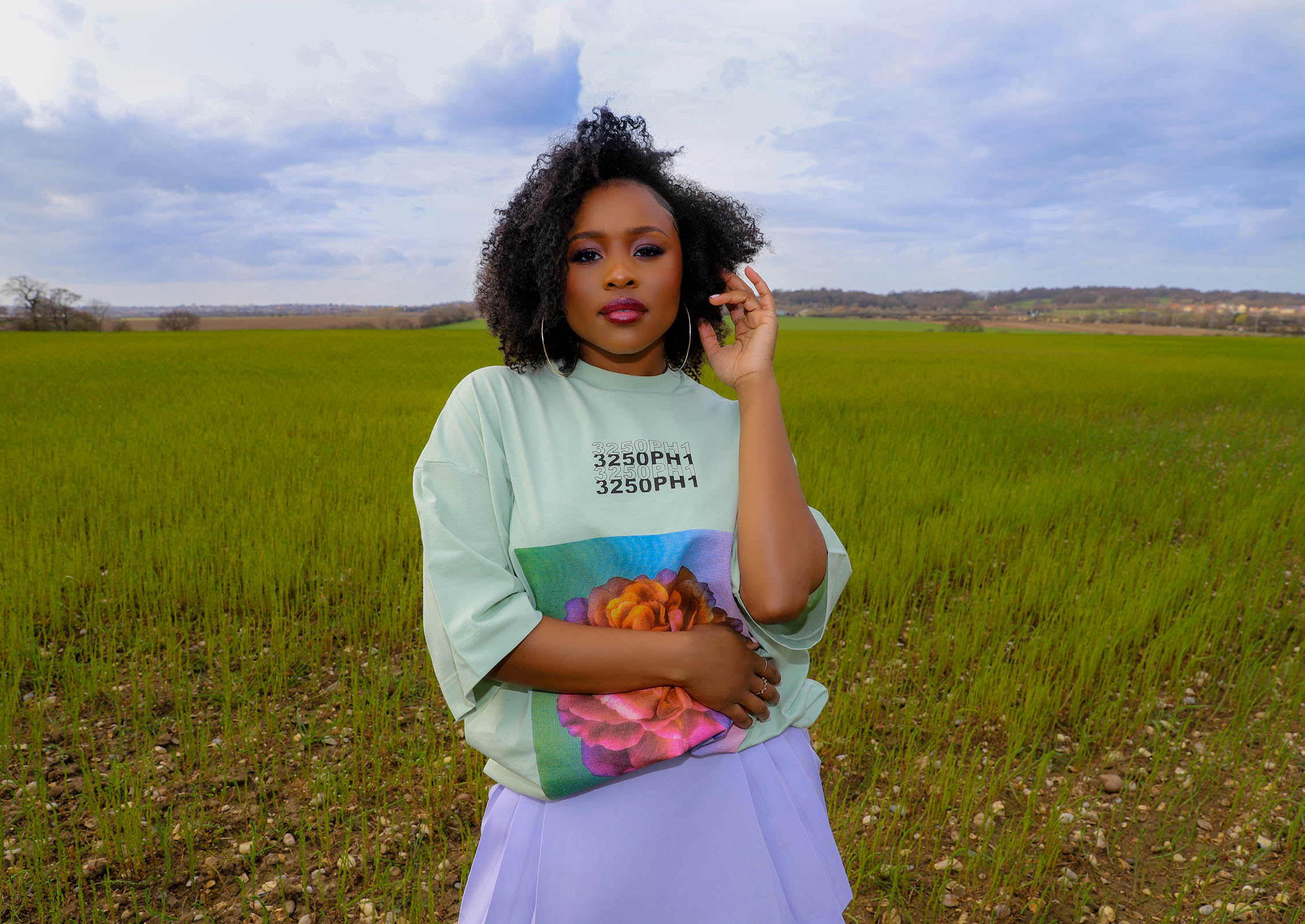 You’ve DJ’d in Ibiza, presented at huge festivals such as Wireless and V Fest, and award shows MTV EMAs and MOBOS. What’s it been like for you over the past year with the live music industry on pause the past year? How have you stayed connected to your audience?

At first it was the strangest feeling not being able to DJ live or go out and experience live music and shows. It was something I definitely took for granted before. Instagram lives have become my best friend haha! Just being able to enjoy DJ sets and artist acoustic sessions from the comfort of my own living room. Also I always try and go on my Instagram Stories and share music and artists I’m loving to gauge what my followers think too.

You knew from as young as 16 that you wanted to pursue a presenting career. What made you fall in love with it in the first place?

Around the age of 16 I wanted to be a journalist, but I realised pretty quickly that my writing wasn’t that great lol. I was around 18/19 when I realised in front of the camera and on radio is where my passion was and where I thrived most. It’s where I’ve always felt most comfortable. I spoke a lot as a teenager in school – I always had something to say and my teachers didn’t really like it but it’s paid off now! I love connecting with people from all walks of life and hearing their stories.

How did you first get your foot in the door?

I owe the start of my career to DropoutUk – an online magazine that allowed me to interview the biggest stars at the time like Example, Rita Ora, Cassie, Trey Songz, Kerry Washington. I always say this but it was the best work experience I could have ever asked for. Then my first ever radio show was on RinseFM. I was the breakfast show presenter for 18 months and it was there that I was able to become comfortable in a radio setting and connect listeners to the music.

Representation of Black women in the British media was scarce when you were starting out. What hurdles did you face on your journey?

I think people were scared to go against the norm. Putting a black woman up front presenting wasn’t always the first choice. I remember going into an audition very early on in my career and as soon I walked in, I could tell that I wasn’t what they were looking for. I didn’t get the job. Being in certain spaces and feeling uncomfortable became a very common thing. Even the women that were on TV before me were mostly white. The only real hero I had to admire on mainstream TV was June Sarpong who I still love today. She was a dark skin woman from an African household on TV and that just made me feel like one day – that could be me. 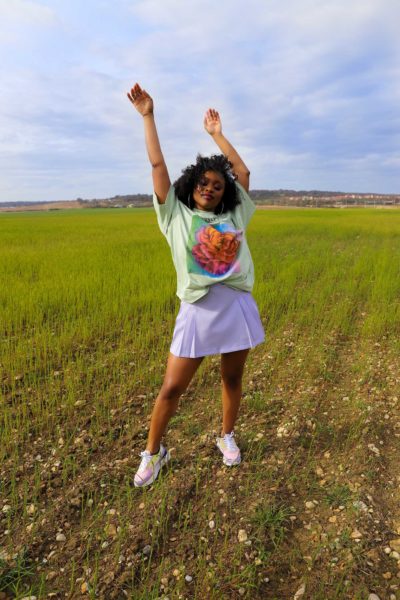 So much has changed in the past 10 years, but there’s still so much that needs to be done. What changes would you like to see in the radio, DJing and wider entertainment industry?

I’d love to see more women on DJ lineups and more women being nominated for major awards. More women behind the scenes, whether that be directing, producing or just making those big decisions in the room. Of course – more black women on TV and not just the one that tick boxes for the channel or production company. I smile so hard every time I watch Loose Women. I love seeing a full line up of beautiful and talented black women such as Charlene White, Brenda Edwards, Kelle Bryan and Judi Love.

What would be your advice for other young women looking to start a similar career?

I would say to get as much practice in as possible. If they want to be in front of the camera – create Reels and IGTV’s focusing on topics they find important or interesting, just so that they have that camera experience. Also to find their local radio station or if they’re at university, student radio is always a good start. Getting those radio air miles under the belt will help so much. Most importantly – don’t rush. I always felt like I had to do everything by a certain time or age and the truth is, I didn’t. Everything happens when it is supposed to.

Which song never fails to get you dancing?

That is such a hard question because it depends on what mood I’m in! Right now I can’t wait to head out to the club when they reopen so it would have to be Gage – Throat. That one’s for all my basement heads haha.

Tinea can be heard on the KISS FM Hype Show, weeknights from 7pm, and Kisstory, Sundays from 7pm! Follow in IG @tineataylor 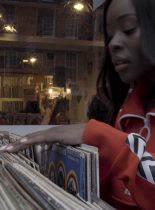