Edmonton raised rapper Tion Wayne might be a decade deep in the game, but he’s finally found fame with his breakthrough smash: “Keisha & Becky (Remix)”. We catch up with the storyteller in Notion 87!

Tion Wayne, born Dennis Junior Odunwo, is an effortless storyteller, spitting bars over glossy and anthemic production that blends hip hop, drill and Afrobeats with total ease. Bursting onto the scene in 2010, the North London native rose through the ranks as a road rapper before smoothing out his sound in 2015, when he began working closely with Brit DJ slash songwriter, Afro B, on tracks like “Bae” and “Can’t Go Broke”. Dropping his Wayne’s World 1 and Wayne’s World 2 mixtapes by the end of 2016, Wayne’s World 3’s arrival in 2019 (featuring the epic “Keisha & Becky” remix) finds the rapper on top form.

His home turf of Edmonton, a small part of Enfield, is made up of two postcodes—N9 and N18, upper and lower Edmonton. Tion describes it, “a very small area with a huge cultural mix—very lively. Lots of Yardies” and credits it as a big influence on his music: “Environments are so important to your own sound, your own special sauce”. His Nigerian parents raised him on a diet of Fela Kuti (“he’s like our Bob Marley” Tion says), alongside the American hip hop he and his mates would blast—including Dipset, Ja Rule and 50 Cent—and sounds from the “olders”, like Cold Blooded, Terminator and Scorcher, who were spitting over 140BPM grime beats.

Tion’s most recent hit came in April 2019, when he joined forces with UK drill artist Russ for the song “Keisha & Becky”. Enlisting the talents of Aitch, JAY1, Sav’O and Swarmz, the “Keisha & Becky (Remix)” added more fire to an already hot track—the result is a menacingly funny, drill-pop earworm that finds its impressive cast laying dozens of horny, adolescent egg worms that burrow their way into your consciousness. To put it properly into context, the “Keisha & Becky (Remix)” is the second highest charting drill song ever, after Headie One’s “Both”, but at 53 million, the former has almost double the amount of streams on Spotify.

Things haven’t always been plain sailing for Tion: back in 2017, he was arrested for affray, serving an eight-month jail sentence. The incident was picked up by some of the tabloid press, where he was inevitably and incorrectly described as a ‘grime rapper’ (sigh). Yet a snapshot in time without context can be misleading, and the roadman lifestyle isn’t necessarily reflected in Tion’s music, nor his online presence (his tweets will have you dying at various points of the day).

As the second decade of his career dawns with new levels of success—like selling out Brixton Academy—we put Tion Wayne right where he belongs, on the cover of a magazine for the very first time! 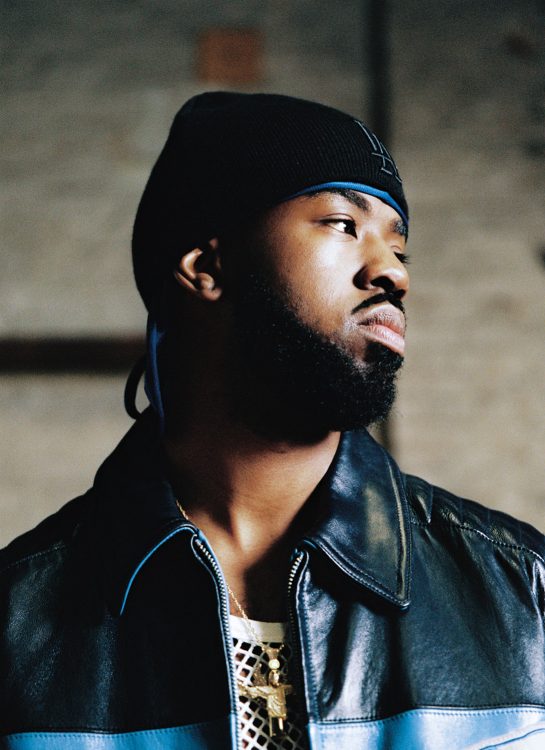 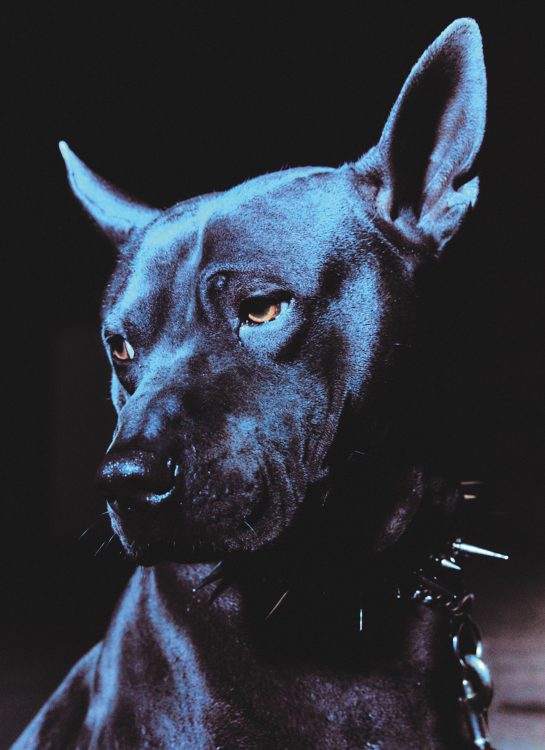 Why do you think the UK rap scene is in such good health right now?

I think it’s because a lot of people are inspired by generations before, a lot of things are coming into place to make our scene more interesting. Before you had to make pop songs, now you can just make a song that happens to become popular. People are more interested in the streets cos it sounds more real and interesting. Sky’s the limit right now.

Birmingham, Coventry, Manchester it’s popping off all over. You can be from anywhere right now. There’s Dublin people that are going to come through, a couple young kids gonna come through.

When I was young a lot of the olders like M-Dot Tee, Cold Blooded, Terminator, Scorcher were spitting and when they were rapping I was inspired and wanted to do my own style… Big fan of the OG sound, the Dipset, 50 Cent, P Diddy, Ja Rule, Usher.

If you could have anyone on a posse cut who would it be?

I’d have Biggie, Tupac, Michael Jackson… make it for the masses, Michael would do that. And the Swedish producers Stargate—their credits are crazy.

Did you anticipate how much “Keisha & Becky” would blow up when you first heard Gotcha’s beat? What was the process?

hen me and RussMB made the song we knew it was a hit when we were in the studio together. When we were making the hook we didn’t want to limit it to certain people. We knew we wanted to make something for people to dance, and we wanted to attract females who don’t necessarily like drill. 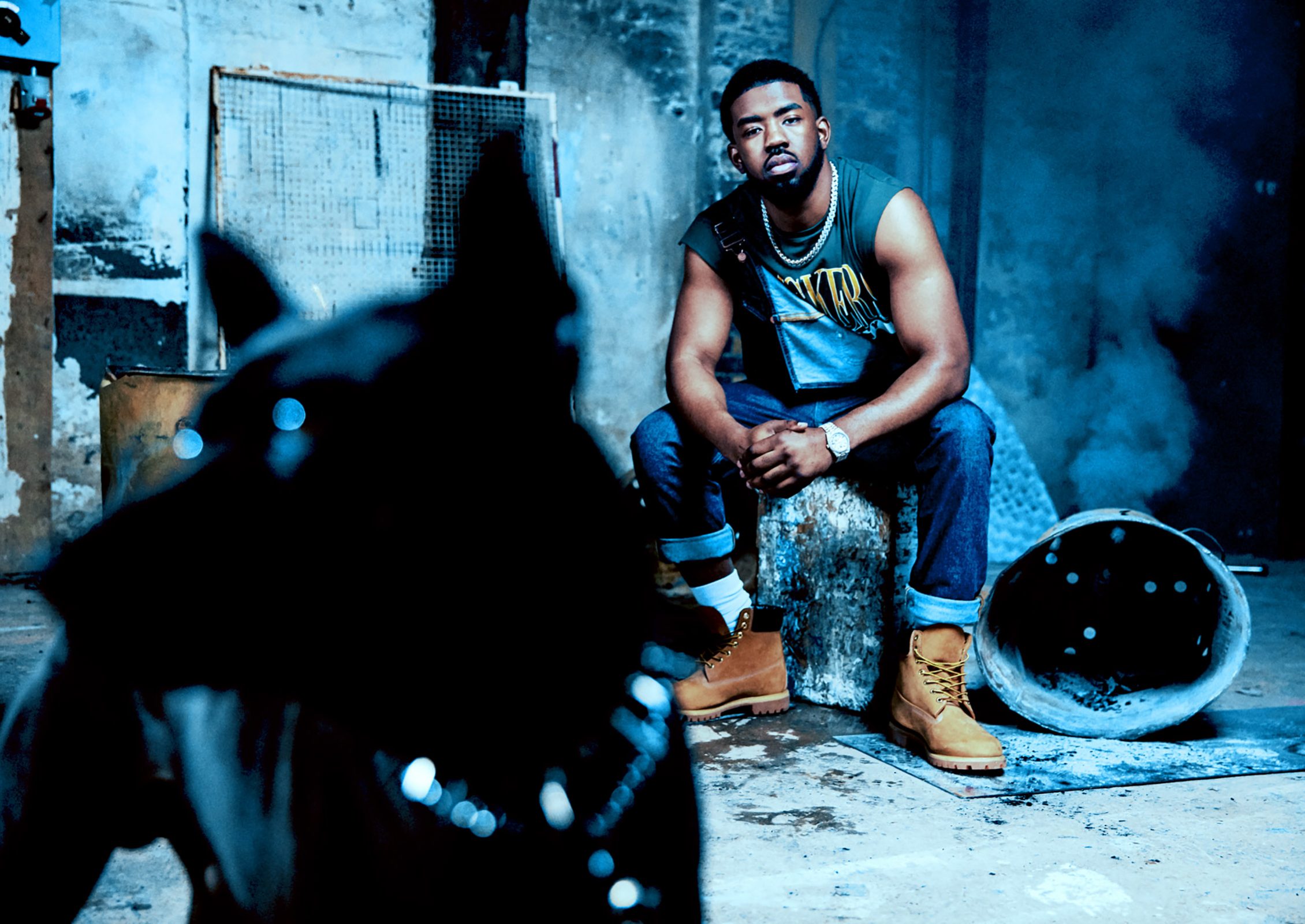 Was it not a nightmare trying to get so many people together?

What was so crazy the day before the video everyone’s verses were scattered, Aitch was meant to be last with 32 bars. I edited everything the day before. At the video shoot we weren’t even sure it was going to be a big hit. No one had time to process what was going on. Studio, next day video and then shoot.

That was crazy. It was humbling. I never knew I had a fan base like that, I didn’t know I had the ability to sell out Brixton—not a lot of people can do that. It was one of the craziest nights of my life, the energy from the fans as well was crazy. A lot of good things happened this year but that’s a definite highlight of the year.

You make a lot of football references in your music. What player would you compare your rap style to and why?

I gotta be careful with this one [laughs]. On the pitch I’m like Drogba—cos I get the job done in the big game, in the big moments. Not like Thierry Henry who didn’t do it in the big games. People should know Tion is going to come hard and heavy, do what he has to do to get the W.

You’ve been rapping for 10 years now, what advice would 2020 Tion Wayne give to your younger self?

Stop taking risks. Think about your future and plan ahead. But it’s difficult because situations from then to now have made me who I am. I feel like the position I’m in right now is a blessing. It could have gone left, I could have been stuck in jail, or dead but I feel like this is supposed to happen. Everyone should always chase their dream.

Anyone around me, even my enemy, what they will say is: I stuck to what I’m doing, I kept to my passion. No matter all the trouble I was getting in I was still dropping my music. I even went Uni in Birmingham, commuting back and forth for three years, but kept releasing music. My main goal on one side was yo I gotta make it out the ends and make it in music—but I studied accounting and business. I was proper good at maths. In school I was like one of the bad guys always getting in trouble but also one of the good guys. 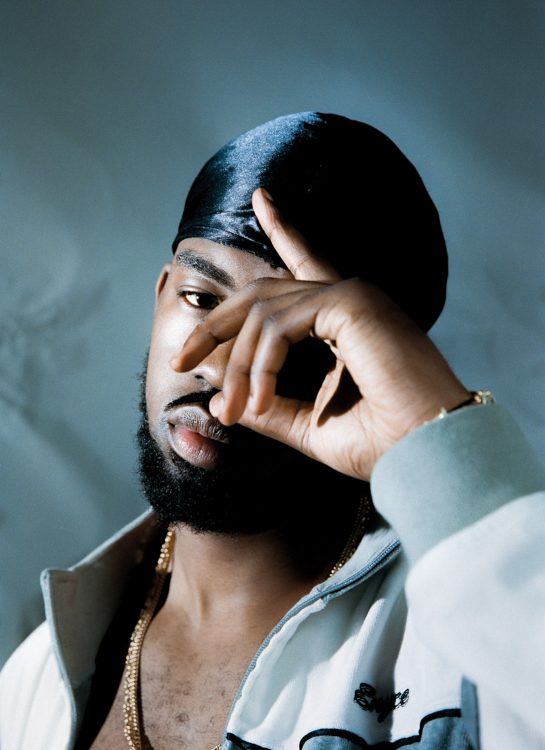 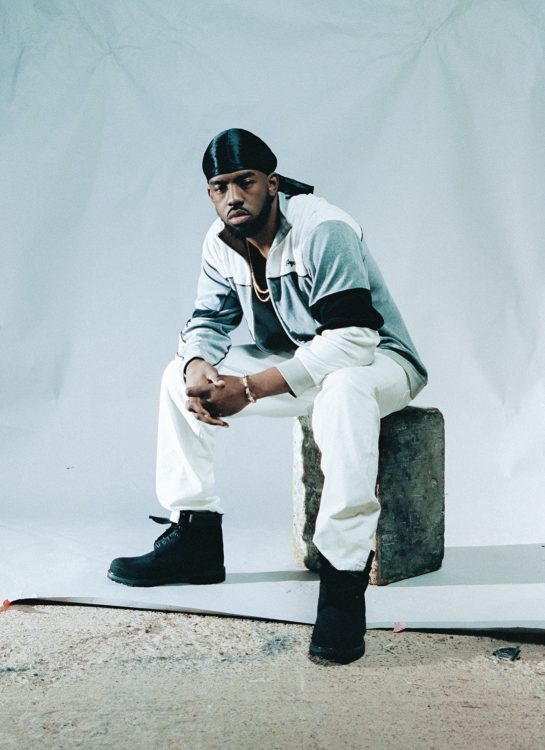 Have your goals changed in that decade?

When you’re out there doing road, or something else you gotta’ remember your main goal and that goal was getting out the ends. My goal now is getting myself comfortable and I feel I’m ninety-percent there, and then I want to inspire others and help people where I can. I can help people coming up, can show them there’s always a way.

With music, you can never really guarantee your next move but I’d like to drop my first album this year. Ideally, it would be independently. I want to work with David O, Ella Mae, a couple African artists. Skys the limit. 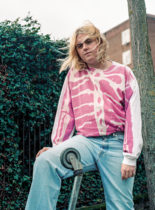 Nineteen-year-old south-west Londoner and Dirty Hit signee, Oscar Lang, likens himself to the record label’s “stoner cousin who comes over and rinses the food”. We catch up with the crooner in Notion 87! 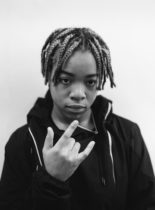 Rising UK MC Scuti’s charismatic flow cherry-picks from drill, grime and trap flavours to make something solely Scuti. The former 237 collective affiliate gets us in the know in Notion 87! 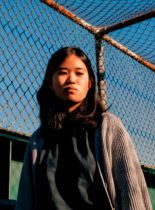 Echo Park resident Hana Vu grew up as part of the DIY scene in her native Los Angeles. Now branching out with her self-described “very sad yelling and very angry sighing” music, we get to know the rising star in Notion 87!