Leading our look at the future of music, fetish rap queen, MIA protégé and emergent icon, Tommy Genesis is the second cover star of our massive 75th issue.

Pushing hip hop’s sound to it most electronic limits, Tommy Genesis has made a name for herself with her unique, often highly sexualised take on hip-hop, dubbed ‘fetish rap’. With her second album on the horizon, Genesis is taking her sound in a new direction and onto a new label, crossover stalwarts Downtown Records. 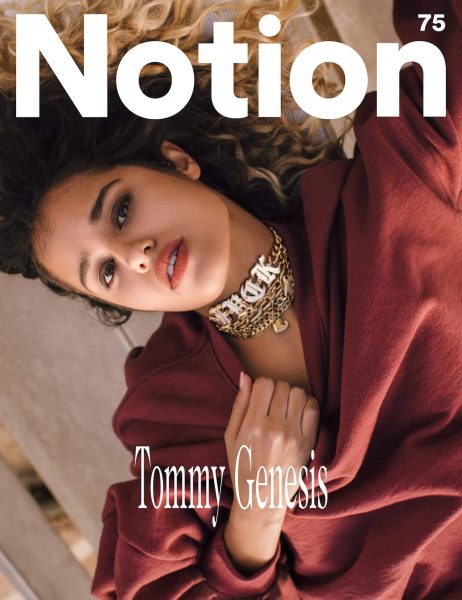 Having cut her teeth in the depths of Atlanta, Genesis now finds herself in LA ready to take on the world. Leading our look at the future of music, Tommy talks to us about the origins of her style, her obsessive tendencies and taking ‘fetish rap’ mainstream.

Notion 75 is out now online and in all good newsagents, get your copy of Tommy Genesis’ cover now.