Already well-known for soundtracking several television shows and commercials (Stranger Things, Volvo and Tesla), and having amassed over 400 million streams worldwide, Swedish neo-classical and electronic multi-instrumentalist and composer Peter Sandberg is already in the midst of an illustrious career.

Inspired by the disparity between the idyllic Scandinavian landscape and the complicated narratives of modern life, Sandberg’s latest release, “Warm Cold Hands (Feat. Jake Isaac)” adds to his catalogue of music that is deeply intimate, as well as cleansing and restorative. Jake Isaac’s emotive vocals layer with the track’s soothing piano melody and pulsing beats to create an atmospheric soundscape that will stay with you.

On the track, Peter Sandberg reveals: “When creating Warm Cold Hands, Jake and I discussed the joy of summer, how life and nature are at their peaks, and what a relief it is to escape the harshness of winter. The song turned out to be a song of encouragement – even though it might not look like it, things will get better. We wrote it online together during the lockdowns, me in Sweden where there wasn’t one, and Jake in the UK where there was, so it’s a reflection of that too.”

Stream the track below: 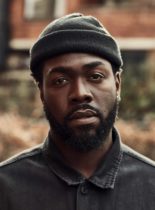