Wavy The Creator Prepares For Takeover

Nigerian-American musician Wavy The Creator re-introduces herself on the new single "Harmonies". Notion caught up with Wavy to find out more from the self-proclaimed "alien".

Evolution is a word that has steadily followed Jennifer Ejoke a.k.a Wavy The Creator’s career. Chameleon by nature, the Nigerian-born multidisciplinary artist pushes to be as diverse and genre-bending as possible with each and every explorative project being a call to inner reflection and evolution. A self-proclaimed “alien”, Wavy explores the human experience through a spectrum of genres and mediums such as film, fashion, music, and photography to name just a few, never bound by one form of expression. 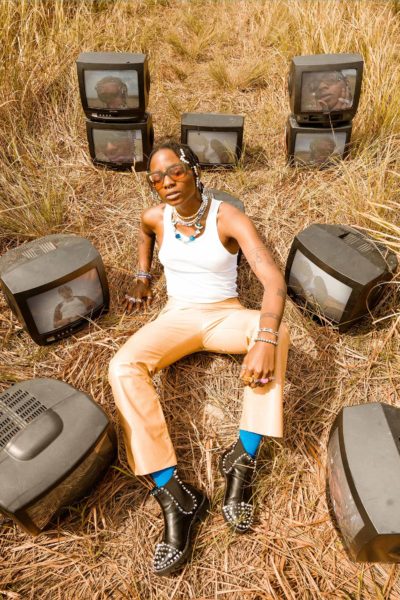 Standing her ground in the typically male-dominated “Alté” movement, Wavy makes no mistakes in telling you when it comes to her music, being authentic is way more important to her than following trends or the desires of others. Originally focusing on her photography and filmmaking, Wavy first got her start in Houston after being offered a studio session by a photography client. This session led to the release of her debut single “H.I.G.H” in 2017, followed by a string of much-loved singles such as “3” and “Body Deep”.

Wavy has performed on the same stages of the likes of J Hus and Davido, as well as being signed to Tinie Tempah’s label Disturbing London. Now back after a much-needed hiatus, Wavy has sharpened her creative mind, realigned herself with her artistic vision, and prepared herself for world domination. Are you ready for the alien invasion?

We sat down with Wavy to discuss her new single “Harmonies”, the importance of taking a break, and what’s next for the genre-bending star. 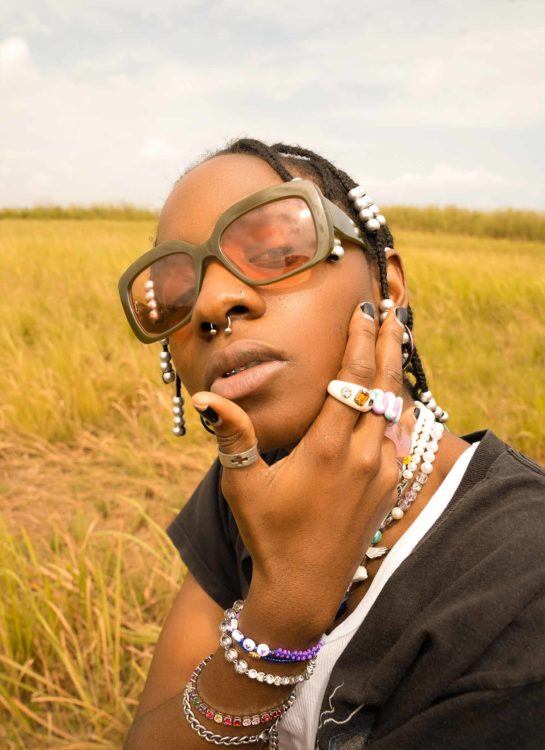 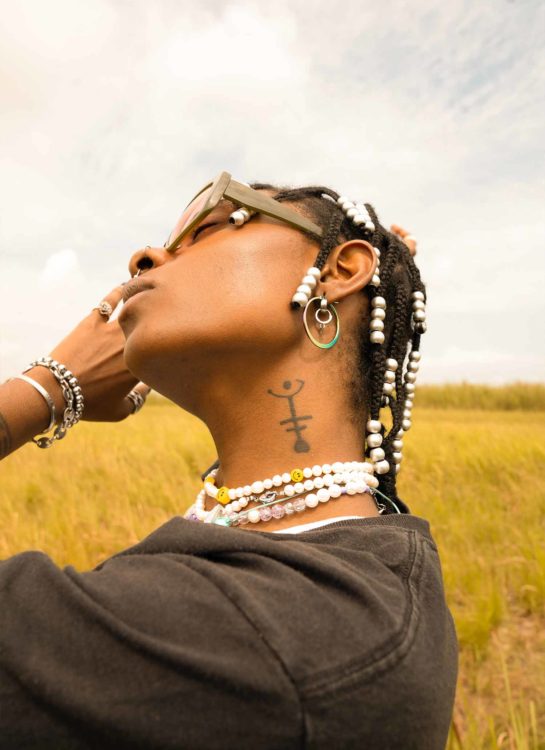 Firstly, it’s been a while since we’ve heard new music from you which is understandable with the craziness of the past two years. How have you been doing?

I’ve been better than ever. I’ve really been focusing on learning and growth over the past three years, expanding my creativity and using everything that was happening both to and around me to help build a stronger planet for myself and my supporters. It’s been amazing watching myself and my mind transform.

So you recently released “Harmonies” featuring WurlD – could you tell us a bit about the song’s creation and the meaning behind it?

So I first recorded “Harmonies” back in 2018 during my first ever trip to Amsterdam. I was attending a two-week songwriting camp with lots of different producers and on the last day I met up with Quesi who produced the record. It was also the first song we made that day. I think everyone in the room felt the energy whilst we were creating it and we all agreed it was a very strong song.

I didn’t touch it for the next two years as I was going through a transformative process and trying to figure out what was next for me, but in 2020 last year, my team and I began to plan for new releases again and around the same time I had just met WurlD. I believed he would be a perfect fit so I made room for him in the second verse, sent it to him and he did what needed to be done with it.

How was it collaborating with WurlD and why did this track, in particular, feel like the right one to return with?

Honestly working with WurlD was such a great experience. He shared a lot of insight with me and helped me to restructure the song into something we both loved. It was a real learning experience for both of us being so open with each other’s ideas and felt like a natural collaboration.

My team and I had initially agreed on another option for the first single, but after listening to what WurlD and I had done with harmonies, agreed that it had to come out first. It just felt right. 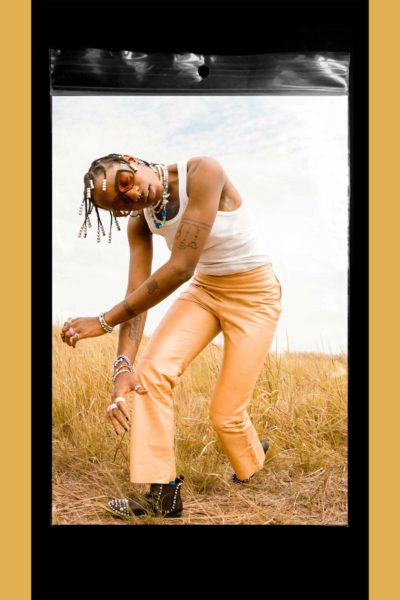 You took a hiatus away from music to focus on growth, how does it feel releasing again and why do you think it was important for both you and artists, in general, to take a step back sometimes?

It honestly feels just as good as the first time I ever released music. I feel satisfied and very proud of the work I have put in. Nothing was rushed or forced, it’s that feeling of doing what you love and doing it so well.

It’s very important that as artists we take a step back sometimes to remember the purpose of creating. In this industry, we’re often under a lot of pressure just to keep up, sometimes even from the people who are supporting us. It’s easy to lose yourself trying to satisfy these things which is why it’s so necessary to take that time for yourself to answer the questions. Why am I doing this? Who am I doing this for? How will I make an impact with this?

As a multi-disciplinary artist, how do you balance the level of creative energy you put out without depleting your resources?

You have to learn to always recharge. Travel the world, go places, meet new people and experience different things. That way you can stay inspired and create different ideas around what you want to create.

From where have you been drawing your artistic inspiration for what’s next and how do you usually go about capturing your personal experiences and emotions in your music?

2020 really helped me realise that everything I need to in order to create is already inside of me. I just need the quiet to listen and draw my inspirations from everything life constantly teaches me.

We can be inspired every day, anywhere, and by anyone or anything, but we are often distracted by the noise of everyday life. There are certain things you can do to find calm, meditating, praying, or whatever works for you. It’s all in there. 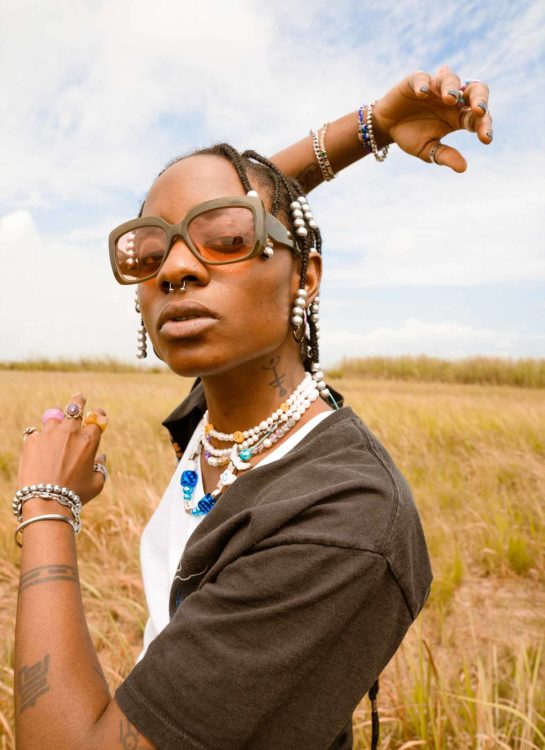 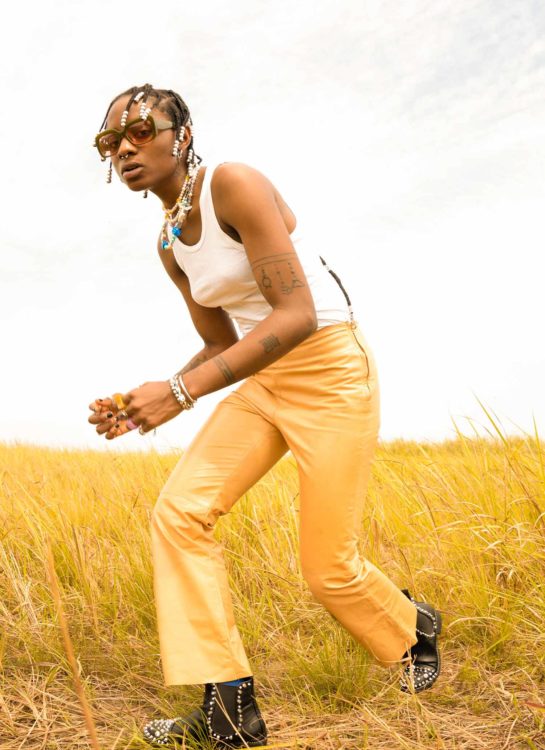 What has been the most challenging and most rewarding part of your career so far? Any highlights in particular?

Challenging: losing myself thinking I had to keep up, which made me create art that I wasn’t genuinely in love with it. Rewarding: taking a hiatus, giving myself time and space, healing from everything I needed to, and realising my true purpose as a creator.

I know you’ve previously designed and released a fashion collection, your style is extremely individual, who or who are your biggest inspirations in the fashion world?

Honestly, I’m mostly inspired by the way I feel day-to-day. I could wake up and feel like a pro skateboarder and pick an outfit that matches that. I also draw a lot of inspiration from some of my favourite artists like Michael Jackson and Dennis Rodman. 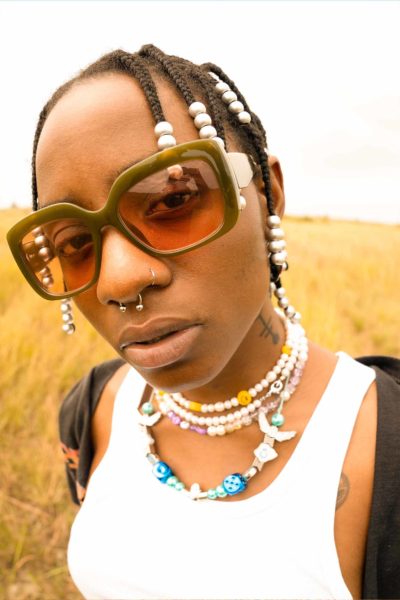 The Wavy aesthetic is built around the concept of you being an alien, what does this mean to you, and what’s the main message you want to evoke to your fans?

Being an alien has always meant being different and standing out from the crowd. Growing up I was always my own person and never followed the crowd. I always knew what I wanted, how I wanted it, and when I wanted it. I was an introvert, but the way I dressed kind of spoke for me before I opened my mouth.

When I moved to Lagos in 2017 from Houston, I felt very alienated everywhere I went. I would get the stares mainly because of my tattoos, my piercings, coloured hair, or the way I dressed. Most people were confused about what my gender was. So most times when they ask I just say “I am an alien”.

My message to my fans is simply to be unapologetically yourself. Never worry about what the next person might think or feel. As long as whoever you are makes you feel satisfied and happy, be that loud and proud.

What can we expect to hear/see next from Wavy?

I took time away for a while to create the best planet for me and everyone who supports and loves me. There is an abundance of creativity coming, infused with love and so much more great and exciting things. My team and I have worked hard for this, and we cannot wait to finally share it with everyone. I don’t want to give too much away but expect something very soon.

“Hold Me Down” by Eugy & Wavy The Creator 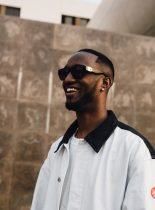 The incomparable Eugy pays homage to his Ghanaian roots with fellow 'Disturbing London' artist, Wavy The Creator, on his latest track "Hold Me Down".