Rising singer-songwriter, Ella Grace, unveils her joyous debut album ‘Reverence’ and tells us why Sexuality, Identity, Spirituality and Mental Health are the pillars of her new music. 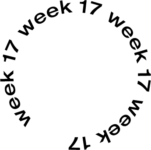 ellesse And Smiley Tap Wavey Garms For A New Collaboration

The two brands join forces for their second collection inspired by rave culture, with a campaign that features rising DJ talent such as Scar Duggy, Tañ, DJ Bluetoof and Bailey Ibbs.

This season, FILA has created a fresh, vibrant collection to help you #FINDYOURFREEDOM.

Welcome To The New World Of “Gucciaga”

Gucci and Balenciaga just teamed up for a totally unique collection that broke every rule of fashion.

In The Mix: Disciples

EDM titans, Disciples, make an exclusive mix for Notion and open up about being super inspired throughout lockdown and making music people will love years later.

Maxi Millz Is Galvanising The Next Generation Of R&B

The West-London artist opens up about transcending his “party boy” reputation and breaking onto the music scene to establish himself as a front runner in the next wave of Alt R&B through his progressive debut EP “Captions”.

We’re Down With Dreya Mac

Dreya Mac has waltzed so effortlessly into the music scene, you would be forgiven for thinking she was already an industry veteran. We speak to the star on the rise ahead of her impending debut EP, to get the low-down on her life so far.

The Making of “Chocolate Darling” with Poundz and BackRoad Gee

We get a look behind the scenes of the music video for Poundz and BackRoad Gee's latest single “Chocolate Darling”.

The Great Escape Online is set to deliver virtual stages featuring some of music’s brightest new talents for the festival’s debut online edition.