Some say rules are meant to be broken - and when it comes to exciting new London-based artist Willow Kayne, that saying couldn’t be truer.

Most people would usually be going about their day-to-day life before hopping on a Zoom call. Not Willow Kayne – she was in the middle of prepping for a studio session at the iconic Abbey Road with Nile Rodgers before she spoke with Notion. If anything, we felt a little rude interrupting her flow. But flow is something that Willow seems to own in abundance.

She may only be 19 years old, but as her two genre-traversing singles show so far, Willow is unafraid to delve beyond the realms of conventionality. Her debut “Two Seater” carried a cool, Q-Tip-esque swagger with its “Bonita Applebum” references and smooth lyrical flow. Its follow up, “I Don’t Wanna Know”, upped the tempo with jungle infused beats and wildly creative visuals of teleporting through computer screens to kill off internet trolls.

Calling carpe diem on behalf of Gen Z, Willow’s upcoming EP is set to offer a “taster package” of Willow Kayne as an artist. She’s only been making music for less than half a decade. But who needs time when you have talent, potential and a provocateur-like spirit to showcase to the rest of the world? 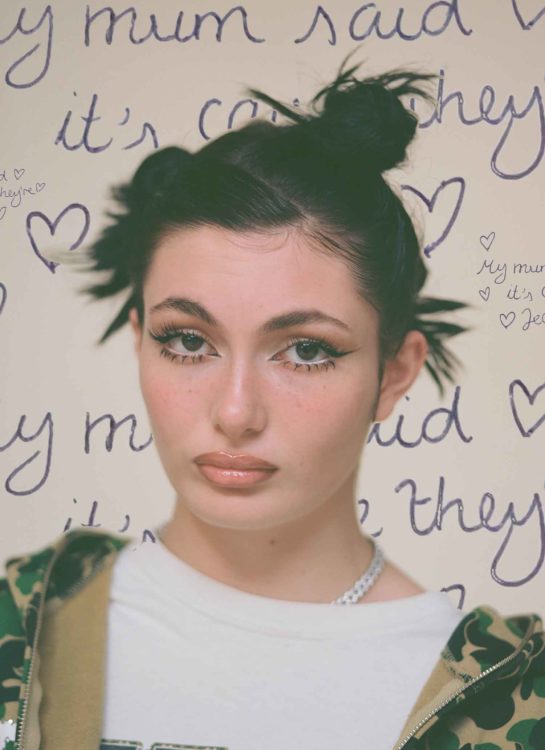 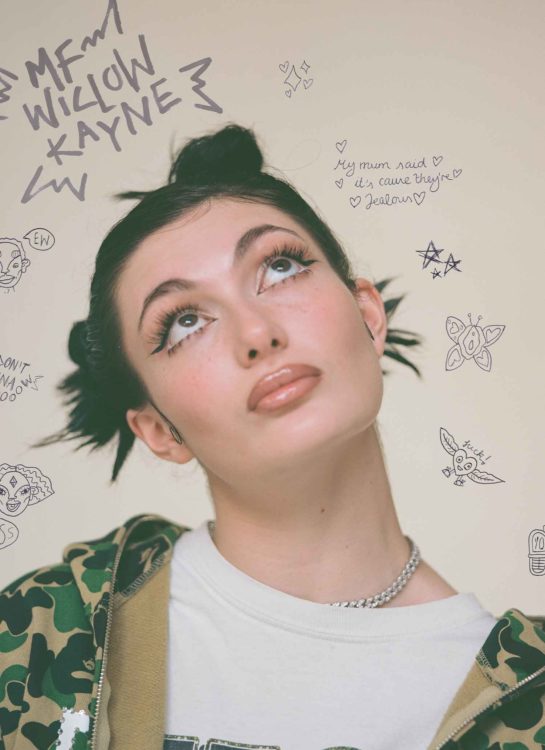 Hi Willow, have you had the chance to get sweaty at any gigs yet since restrictions lifted?

No, I’m waiting! I’ve got Alt London festival on August 30 th which I’m performing at, so I’m just gonna wait till then and earn it, you know? I haven’t been to the club yet either, I’m scared! When I get my 2nd vaccine, I’ll go. But I don’t wanna ruin anyone’s life.

I read that your dad inspired your curiosity for fashion?

When I was a kid, he used to dress sick. You know what he wears now? Those crocodile shoes. It’s just upsetting. But my dad definitely wasn’t a musical influence. He’s got the worst music taste. He’s got TikTok as well now and he just sends me shit dance music saying things like, ‘why don’t you make music like this Willow?’ and I’m like, ‘yeah… I’ll give it a go mate’ (laughs).

Can you tell us about the accident you had that left you partially blinded in one eye and your journey to recovering from that? Has it changed your perspective on your career in any way?

I was 15 at the time, so I’d just started year 11. I didn’t make music or anything at this time. I was well into doing graphics and wanted to do it for the rest of my life. Then a week into starting, my eye was really red. It turned out that I had a cyst on my eye, like an ulcer on my cornea, which happened to be very rare. Your cornea has four layers, and three out of four of them were just disgraceful. So, I was in darkness for a couple of months and it enhanced a lot of other senses, you know? I would listen to my favourite songs and notice things I’d never heard before. Things would smell and taste different. It was really weird. I’d say the whole experience has definitely influenced my ideas now. It’s not just about the music; I want my project to involve multisensory things. I think if I can portray that to other people at shows then that’ll be nice. 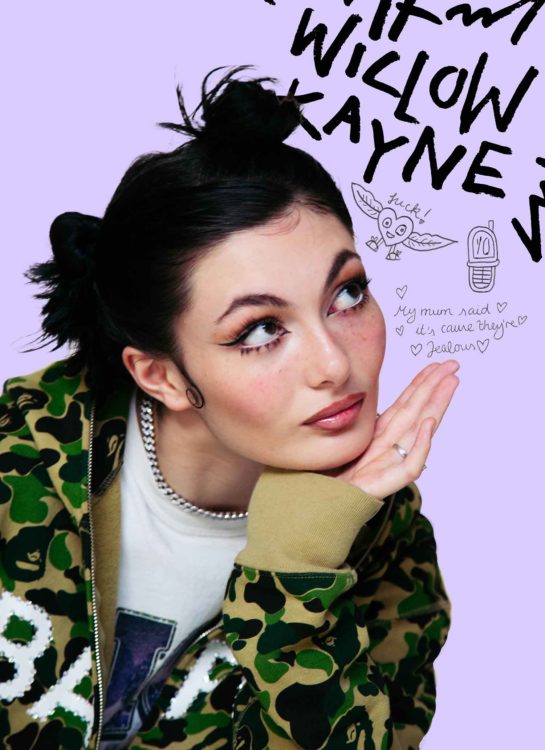 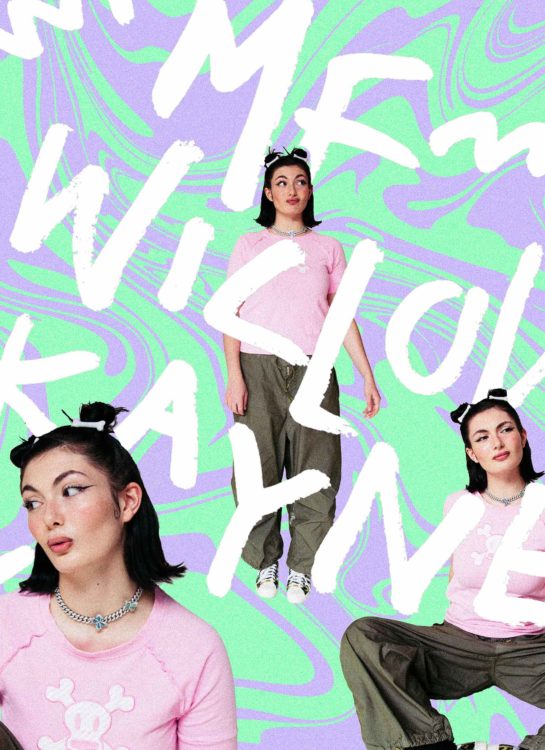 SoundCloud was a pivotal tool for you in getting your music discovered. How do you think you would have gone about unveiling your music to the world if the platform wasn’t available to you? Do young artists today rely on things like SoundCloud more than ever?

I don’t even know if I’d have done any music to be honest! I was just originally doing music as a little secret, just for fun. I don’t think I would have had the bol***ks to do it if Soundcloud didn’t exist. Realistically, anybody can make music now. Soundcloud is one of these platforms where you can upload anything you want, so it’s definitely opened a lot of doors in that sense. I’m sure there would be a lot of artists who wouldn’t be artists now if things like Soundcloud didn’t exist.

I know you were studying graphic design before you signed to Columbia. What role does your visual mind play when you’re coming up with new musical ideas?

When music started becoming a bit more than a hobby, I was doing an art foundation to get into uni. I’d gotten my place and I knew I was actually good at it. Then whilst I was there, before the label, some people in LA found me first and started flying me out every few weeks. I was like, ‘what!’ and it all just picked up from there. So, I didn’t end up going to uni, but I’m really glad I didn’t because if I had, I wouldn’t be focussing as much on music at all. It was a sign.

I think I’m pretty lucky that I know how I want things to look. It’s really important to me as well. When I came into the music industry with the label and stuff, I just assumed that everyone knew what they wanted things to look like. But it’s not a thing. I love rave culture and all that older stuff is so sick. Looking at rave flyers and things, I can see now that’s where my style has come from.

‘Two Seater’ was a confident debut single. What messages and attitudes does your upcoming EP channel? Anything unexpected?

I’ve really enjoyed making different styles of music. I don’t really feel like I’m in a specific genre. My main goal for this first project is for it to be a taster. It’s obviously all still very Willow, but it’s like a taster pack of what I can do. Without me even realising it, the project has all ended up revolving around similar things. There’s been so many social changes – even in the last year with Covid, I’ve signed a record deal, I’ve moved away, lots of things have happened. And I just noticed that socially, there’s been a lot of differences like people treating you differently or switching up on you. I talk about that a lot in this project. 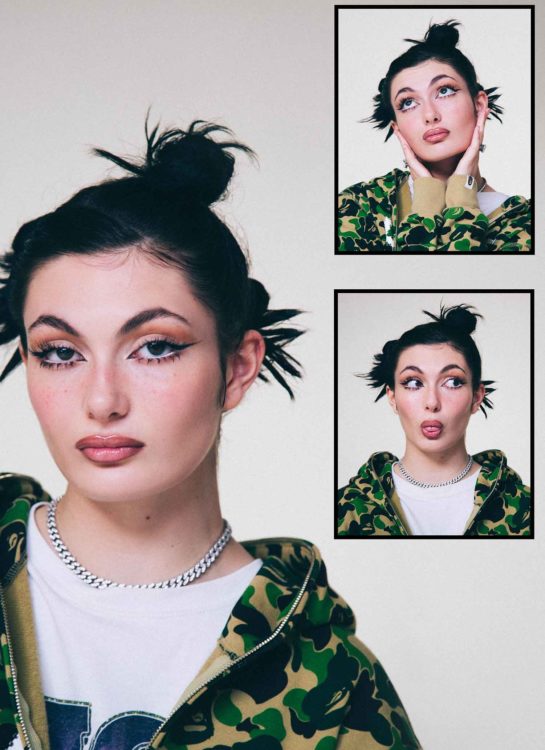 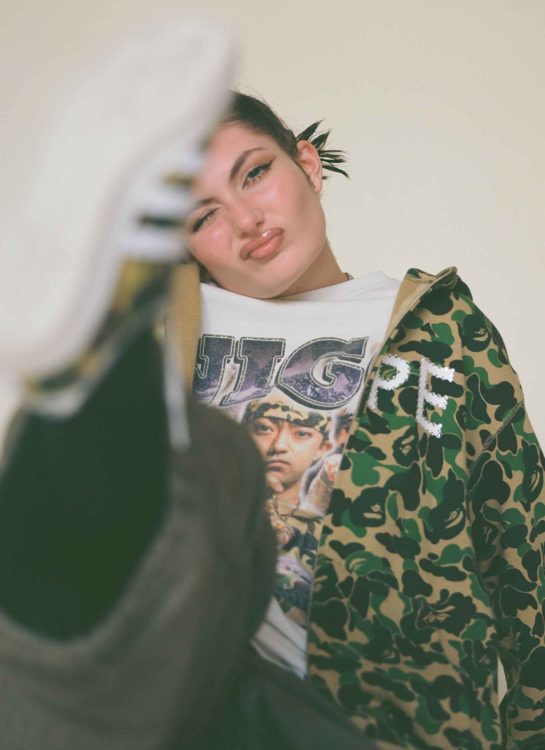 Does it ever feel daunting being signed to a major label at such a young age?

The only daunting thing has been the internet. People just throw terms at me and the obviously don’t even know what they mean. I feel like there’s a lot of misconceptions. When I signed, a lot of people I was making music with were saying to me, ‘traitor, independents all the way’ and that kind of thing. But it’s been great for me, apart from the internet trolls who just think they’re bloody A&Rs.

I heard your latest track ‘I Don’t Wanna Know’ was inspired by internet trolls too?

Basically, ‘Two Seater’ had come out and it was my first song. I wasn’t 100% on it because I’d written it a year before it came out. But I think because of that, I wasn’t actually upset about the comments. But there was this advert running with Two Seater in it, which I didn’t know about. They’d just taken one of my random TikToks and it ended up reaching a fair amount of people. I was getting messages every day from strangers being like, ‘I can’t believe someone’s commented saying you’re ugly and talentless’, and I was like what? So then, I was in a studio session and got on the phone to my friend Herbie and asked if they knew what all these messages were about. He sent me the link to this advert that had like over 1,000 comments just slamming me. I didn’t really know what to do. But the more I read them, I thought about how I could get this emotion out. So, I wrote ‘IDWK’ and it’s literally about the hate comments on ‘Two Seater’. I’m pretty lucky with that to be honest, because I feel like that could have gone in a completely different direction. It was motivating for me, because I know I’m not shit.

How important an asset is it for you as an artist – especially a female artist – to be able to produce your own music?

I saw a thing the other day about producers being only 2% female which is mad. You’ve just got to work with you’ve got to be honest. I’ve been really lucky with people listening to me and my ideas. But I’ve also worked with others who have been like, ‘I know the best way, I’m not going to listen to you’ and I’m like, ‘okay well, fair enough, not gonna work with you again’ you know? I’ve had it pretty easy so far but I think it just depends on the person. 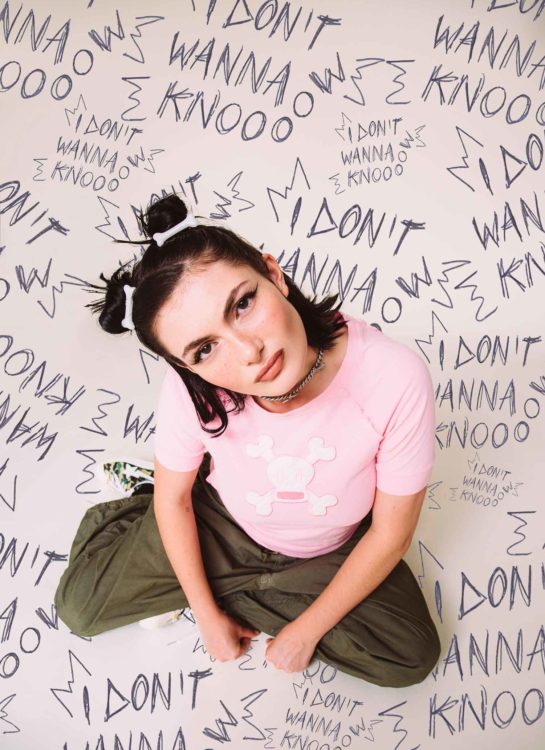 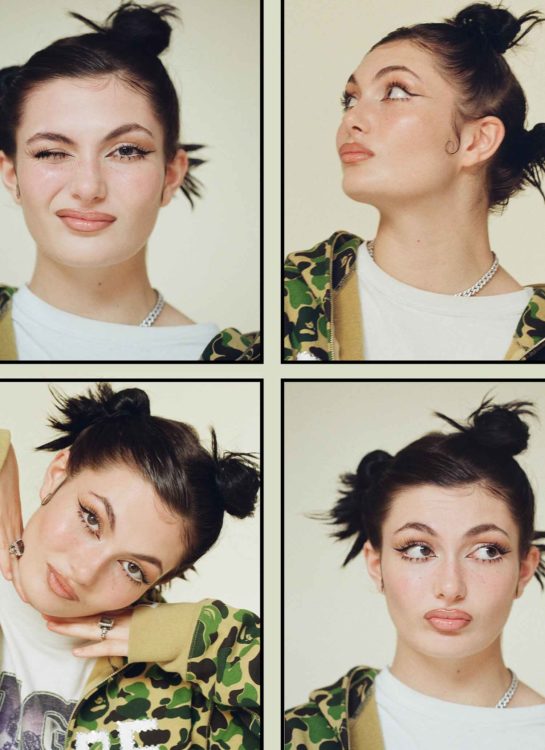 You were described by Clash as having a “punk-like disregard for convention.” What do you enjoy most about bending the rules?

There’s a lot of artists in today’s world; anyone can be a musician now. It’s very saturating. And I don’t think you really need to do the same as others. Even down to the structure of a song, you can do your own thing, which kind of helps you in a way if you do. It makes you stand out a bit more. There’s so many of these unspoken rules as an artist – especially as a female artist – of what to do, but you can also be like, ‘shut up mate’ you know? Gorillaz are a big influence of mine because they’ve created their own world to match their sound and that’s what I wanna do for sure.

What does the future hold for Willow Kayne? I’ve heard LA is on the cards?

I have no idea but I’m just gonna keep doing me. If it works out and people like it, that’s brilliant. I don’t really wanna sugar coat it to be honest. I’m just having fun. But yeah, I’m going to LA in the next couple months and I’ll see what happens. There’s a lot over there for me, I feel. If I can, I would move over there for a bit, for sure. 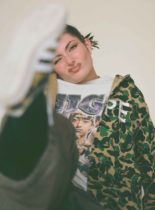