Britney Spears’ name has once again relentlessly been splashed across the headlines within the past few months – hardly giving fans time to breathe – but one fresh piece of news has marked a potential change of fortune for the pop megastar.

The noughties icon has taken to social media to announce that she may soon become an author. Her first book’s subject: a murdered girl who returns as a ghost but is stuck in limbo for three years.

Fans have rushed to draw comparisons to Spears’ own conservatorship saga and her entrapment, though speculations remain unconfirmed. The singer-songwriter has unveiled further details about her fittingly Halloween-y story in an Instagram post:

“I’m writing a book about a girl who was murdered. Yet her ghost gets stuck in limbo because of trauma and pain and she doesn’t know how to cross over to the world she use (sic) to know.”

“After being stuck in limbo for three years, she is a ghost who thrives off of her reflection in her mirror for existence!!!!”

“She has no one she can trust but something happens and she figures out how to cross over to the world where her family is!!!!” Freed from limbo, however, the character has a decision to make: “Greet the same people who murdered her or create a whole new life!!!!”

“What I will leave to the IMAGINATION is what she does when she crosses over… besides learning to write her name again!!!!”

Further information about the spooky tale is still under wraps. 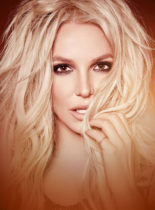 Simon & Schuster have won the rights to a tell-all memoir by Britney Spears in a massive bidding war. 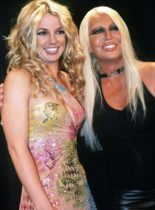