Openly exploring his relationship with love - the good, the bad and the ugly, we sit down with artist-actor-activist Jordan Stephens who is back and making an impact with his introspectively mature and open EP, P.I.G. 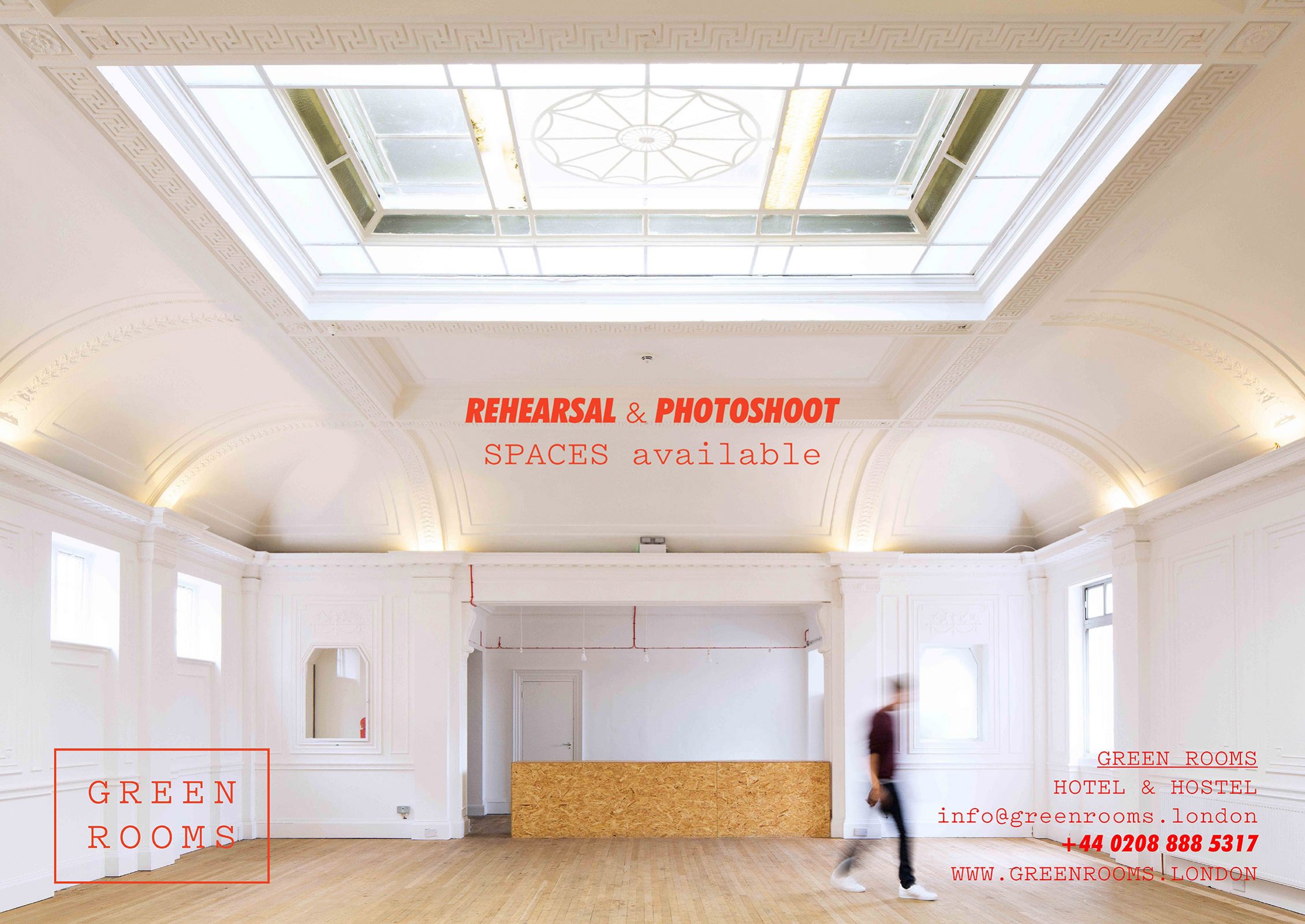 Brighton-born artist Jordan Stephens, found success in the early 2010s as one-half of the duo Rizzle Kicks, from making us reminisce with tracks like ‘Down with the Trumpets’ to working with big names with the likes of Fatboy Slim, Stephen Fry and James Corden in ‘Mama Do The Hump’.  From then on we have witnessed the artist’s transition onto the small and big screens with pieces such as GLUE, Star Wars’ Rogue One and TUCKED, all of which have been acclaimed. Despite Jordan’s positive trajectory, it was one riddled tribulation; however, in the end, it inspired creative honesty and growth. All of which is reflected in his recent EP, P.I.G. (Pain Is Good). “I feel really good about releasing this into the world”, Stephens explains, “I’ve spent a lot of time and years really growing up and exercising my creativity, so it feels like the time is right for P.I.G to be out in the open”.

Jordan establishes a world of juxtaposing ideas which clash and conflict against each other, resulting in this soulful, R&B styled musical journal, which is beautifully raw and at times hilariously painful. In ‘Found In Space’, while the track is grounded in honesty, loving someone but needing a time out to rekindle that love again, the instrumentals seem almost otherworldly. ‘Thunder’, strikes us immediately with its funky undertones and the artist’s growing internalisation of external and chorally-sung negative thoughts. “I feel like there’s a lot of ego wrapped up in everything nowadays”, Jordan tells me, “I really wanted to explore the weaker moments in life – where you have to kind of against what the ego tells you and find strength in it.” 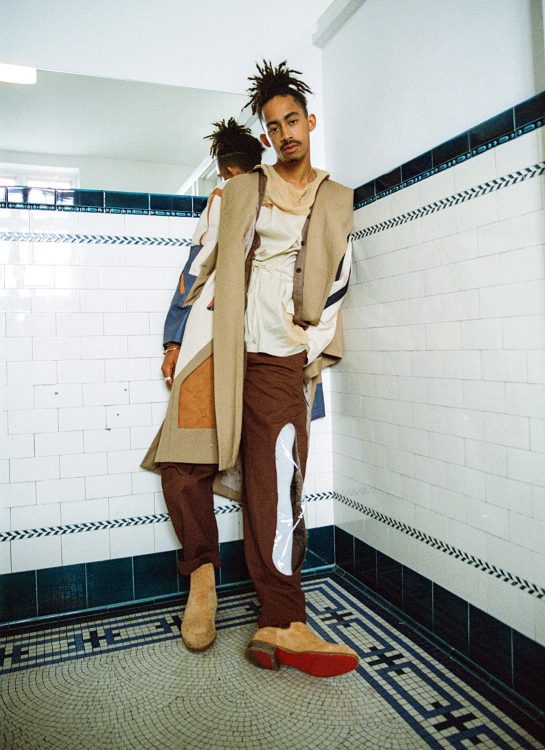 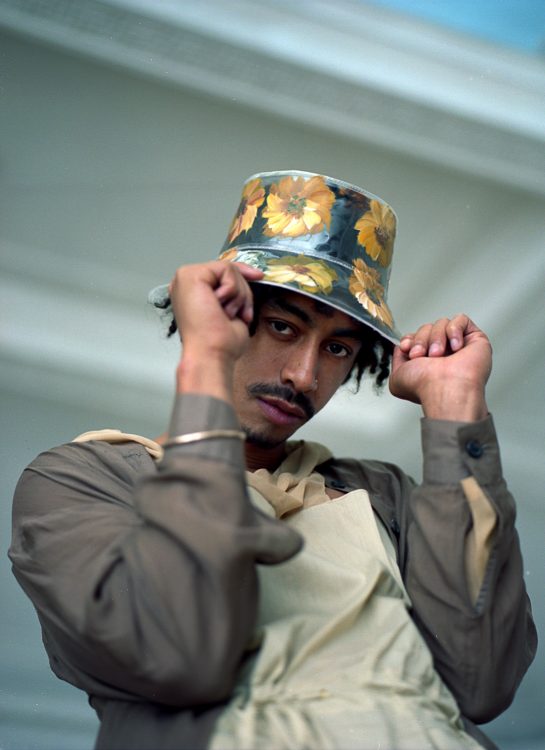 ‘Teach Me’ acts a smooth Daniel Caesar-Sampha-Esque transition out of the mind, and into the present moment, where two lovers share a moment of intimacy. ‘Shadow Love’ is another candidly conversational piece, which explores the struggles of self-love when you are with someone else. Concluding the album, WDYWFM (Why Don’t You Wanna Fuck Me?) Jordan impersonates a fragile-ego-driven man. The track, although humourous at points, cuts to the core and further cements the EP’s overarching themes of sex and love.

Speaking on the intensity on the writing specific parts of the EP, Stephens revealed that “It was very cathartic for me, you know – I was going through such a heavy time, everything was so intense and after finally getting tired of the chaos around me, I finally began channelling that into writing. It was only after going to therapy I realised that there are healthy ways to deal with anger. It was the beginning of a long process, but it’s important to have a sense of humour about some things too, so I try to incorporate that into what I can.” 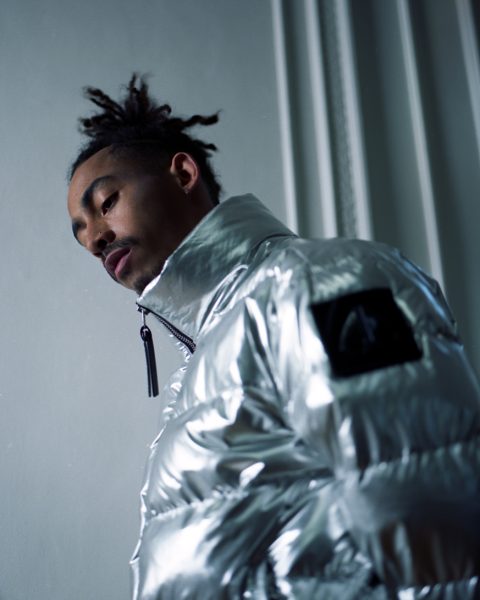 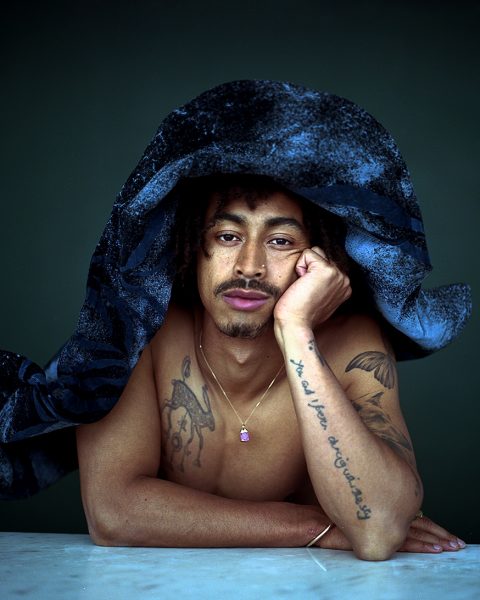 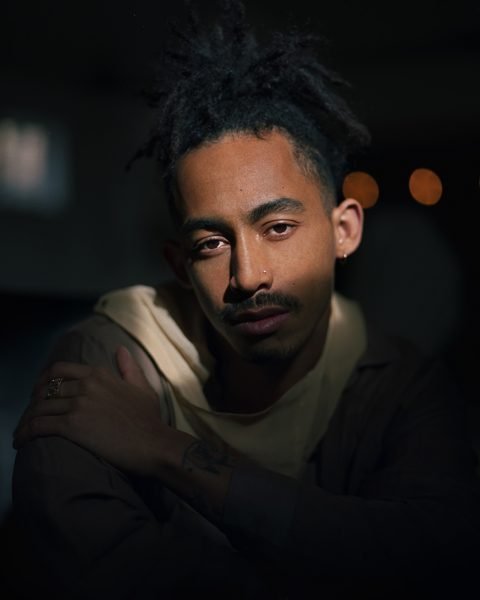 Underlying poor mental health was ultimately brought to the surface by a series of events, family death and suicide, which occurred within a short space of time. As a result, Jordan began to seek solace in drugs and alcohol as opposed to simply opening up about how he was feeling. A common symptom of toxic masculinity, that often goes undiagnosed and unnoticed in our culture. “For so long, particularly with males, our relationship with pain is so toxic,” Jordan opens up, “Pain is always going to be there – it’s going to come and go, it’s how we respond to it is what’s important. I was avoiding it by doing things that ultimately just made it worse in the long run. There was this whole self-destructive pattern that was so much more than it needed to be – it took me some time to get comfortable with pain, and to know things are going to be okay.” 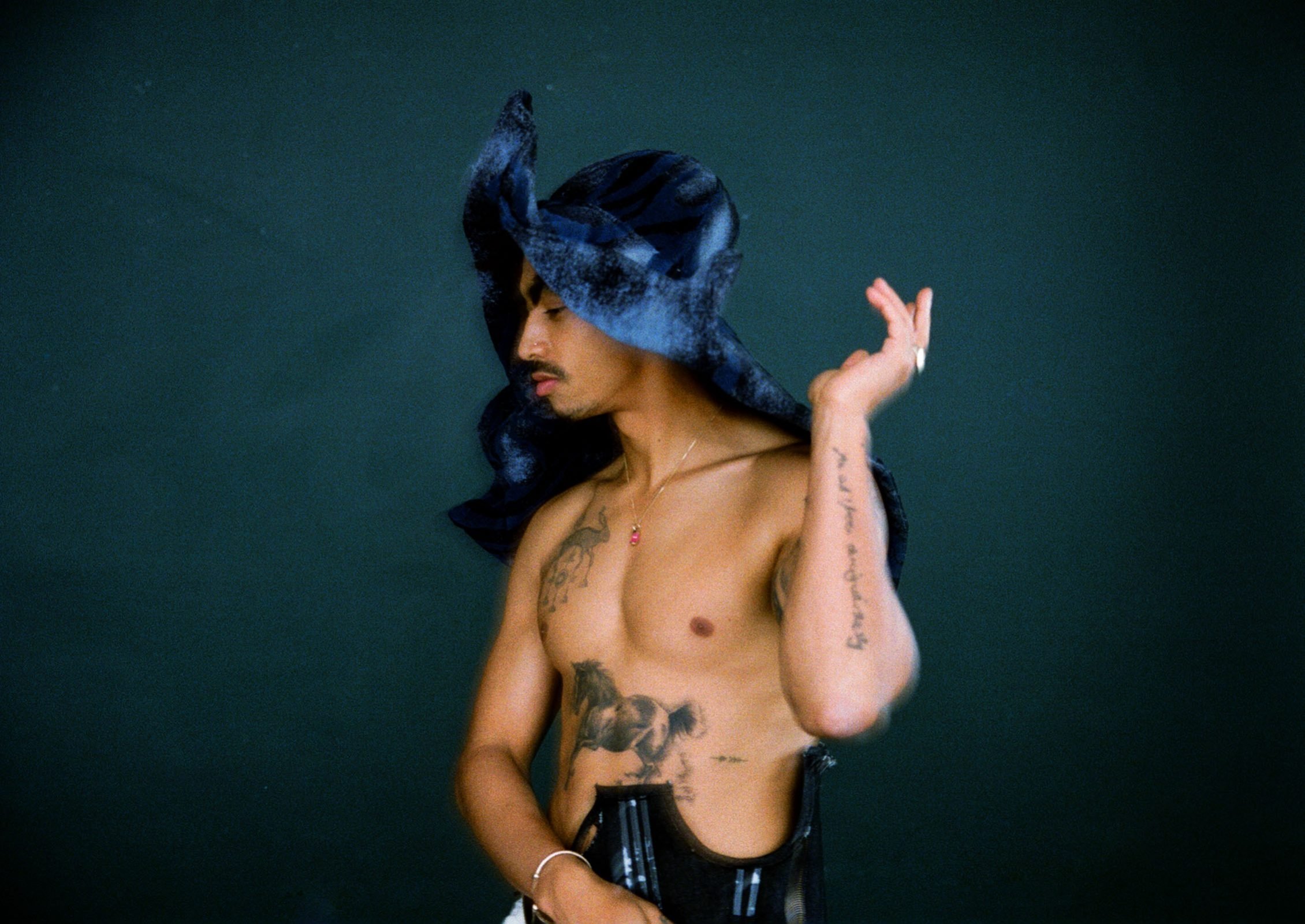 It was during this time, Jordan wrote ‘Whole’ as a form of creative-release in 2016, which was then taken on by the NHS and YMCA in order to encourage young people to fight the stigma that surrounds mental health. Since then, the artist-activist has founded the #IAMWHOLE campaign, which encourages young people to seek help and talk about mental health and combat hyper-masculinity. “This campaign really held a mirror up to me,” Jordan begins, “I was in a really dark place – I was having a really intimate relationship with darkness that would ultimately end in my destruction if something wasn’t done. I was doing drugs, breaking people’s hearts, having my heart broken – I had been here too many times – something needed to change.” Nevertheless, Jordan essentially “sorted this shit out,” through therapy, writing, practising mindfulness and above all, feeling everything in a healthy way.

During a period of time where social media is one of the main culprits in perpetuating and reinforcing insecurities and false aspirations, it is powerful to see a collective catharsis in the form of this social movement. Jordan Stephens is truly a remarkable man, and an artist at that too, and we know for certain that P.I.G is just the beginning of a long chapter of beautiful work to come. 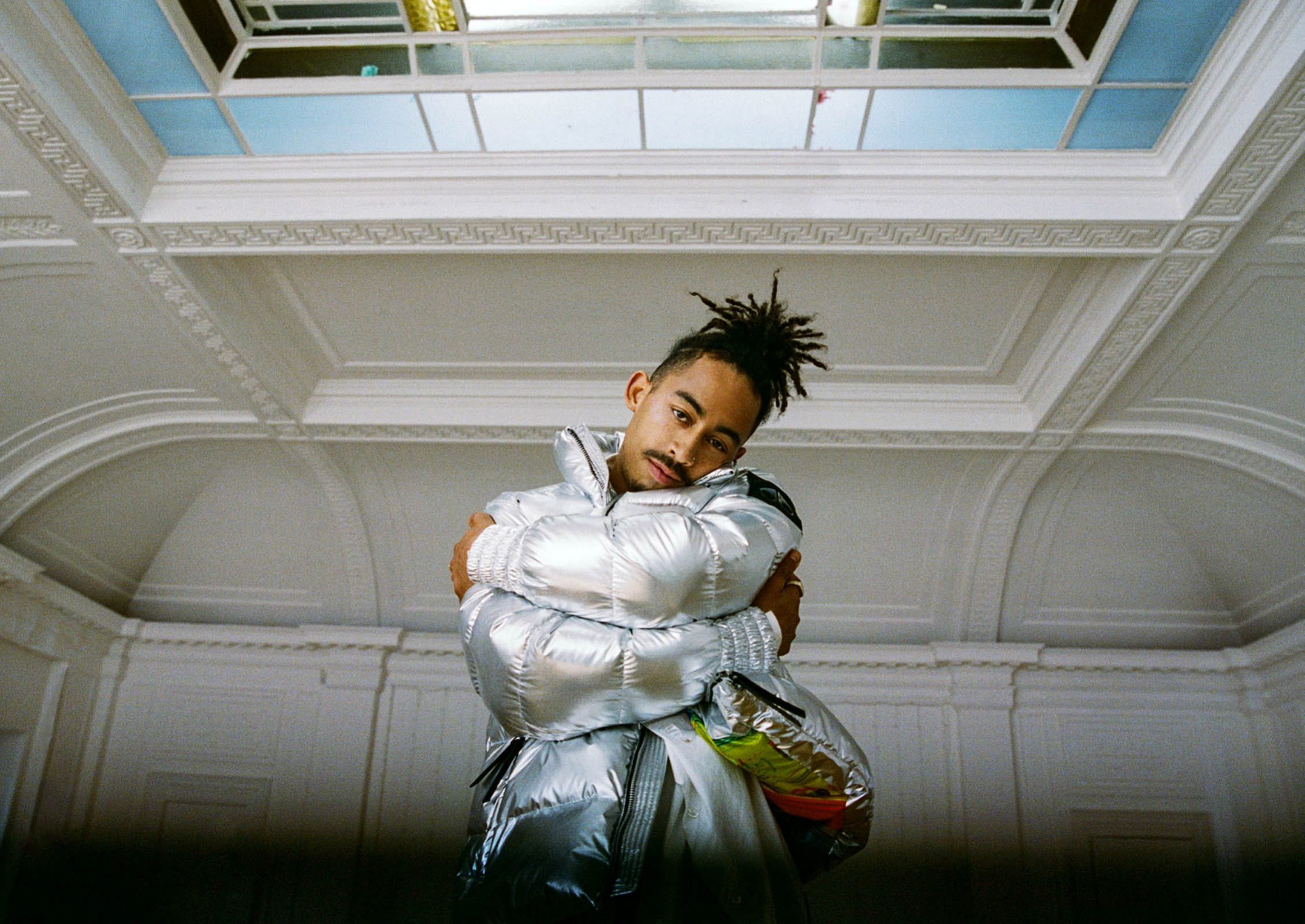 Dive into Jordan Stephen's exploration of light in the dark places below.

A Day In Life With Jordan Stephens 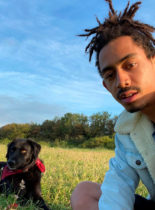 After the stunning release of Jordan Stephens incredibly honest and vulnerable new track, 'Son Of A Gun', we got the boy wonder to give us an insight into his daily life at home.

“Found In Space” by Jordan Stephens 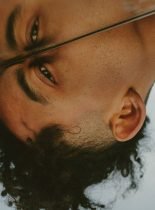 Dive into deep waters with Jordan Stephens' intimate new single "Found In Space" where you can be lost and found all at the same time.