“Speaking for myself,” muses House of Pharaohs’ Kevin Taylor “I feel like I can do anything. Any of us can, I’ve witnessed it..!” The London collective are currently chilling in the offices of Parlophone. Having spent the last six years building a cult following, with a fiercely independently aesthetic that has seen them formulate their own UK trap sound and sell show tickets by the thousand, they’re now gingerly easing themselves into the process of working with a major label.

The short term pay-offs are immediately apparent; an assistant has been sent out for food, and the lads — six of the group are here today, including rappers Sam Wise, Bandana, Kevin Taylor, Danny Stern and AJ, along with manager G Low — are ploughing through buckets of take-away. Surrounding them are bags of Puma gear — there’s been some serious gifting going on and it looks like everyone got a sack full of creps and tops.

But when asked if they’ve finally ‘signed’ they’re quick to clarify the parameters of just how corporate they’ve been willing to go. Sam Wise, who sometimes falls into the role of unofficial group spokesman (very unofficially since they collectively refuse any attempts to have a hierarchy placed on them), points out that this new venture came about for a particular release.

“We’re not signed into any long term contract. We see it as we’re in a partnership, it’s a joint tape with Nyge, and Nyge is already in the system – so we thought we’d try doing something with Parlophone. We’re not signed as individuals – this project is signed. Once this is done we decide what happens next.”

The tape he’s talking about is Seasons, their 6 track EP with UK based producer Nyge. Nyge has been making a name for himself with productions that take a slanting skew on rap. With his chiming, occasionally uneasy melodies drawing on Afrobeats and RnB, underpinned by the hard 808 bass of trap, Nyge has been working with everyone from AJ Tracey and Not3s (on the radio staple Butterflies), to afrobeats scene leader Afro B. Linking up with House of Pharaohs has seen them craft a new stage in their evolution — an EP that sits somewhere between the jumpy live show trap that has earned them a fanbase, and the GRM Daily ready RnB melodies that a generation of British kids are addicted to. 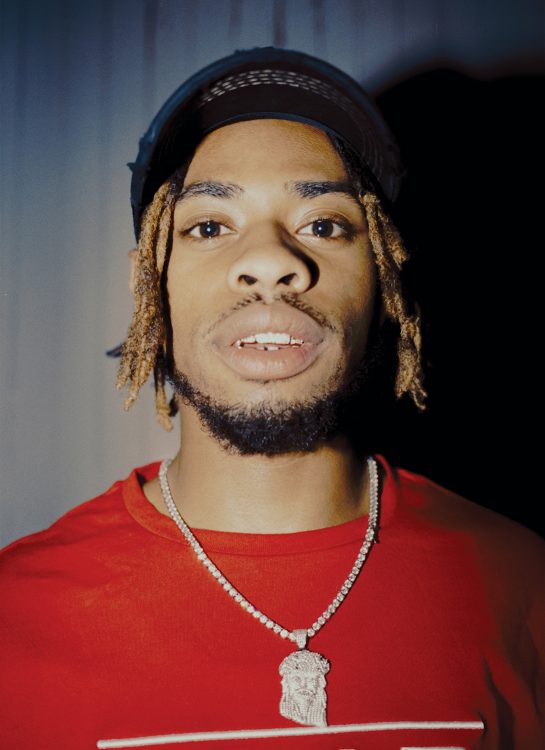 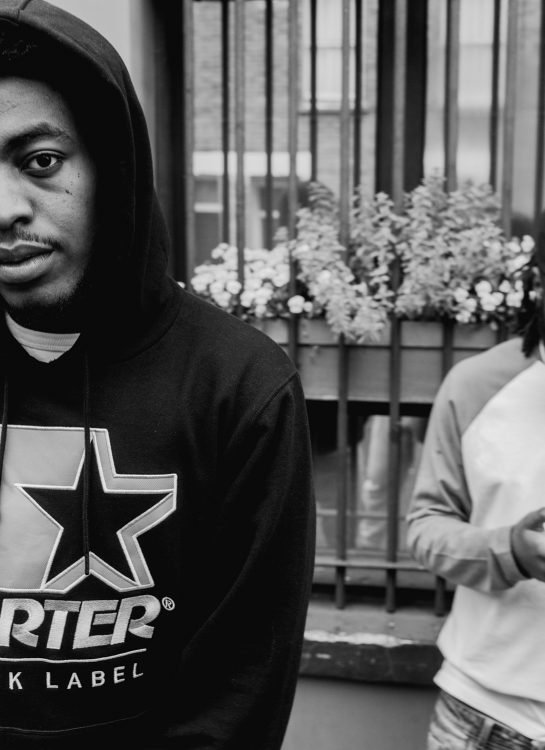 “This is the first distinctly joint project we’ve done,” Sam continues. “As House of Pharaohs we always want to explore different energies and vibes, it’s why this tape is called Seasons. We made everything in the studio together with Nyge. All of us in the room, writing at the same time.”

Bandana picks up the point: “Every time we do verses, we all think about what we’re going to write separately, but it’s mad, we always end up in context with one another. We go wherever the beat takes us and we usually think pretty similarly.”

The band complete each other’s thoughts with the ease of a group of old friends, which is unsurprising considering their background. Meeting in school some six years back, they originally formed House of Pharaohs as a 13-piece, uniting over a love of trap and leftfield rap — as into Kendrick, Akala and the hood experimentalism of A$AP Mobb, as they were the likes of UK heroes like Giggs. Now, slightly over half a decade later, they have dropped down to a core of six permanent members (rapper Blaze isn’t present today), and steadily developed into an underground powerhouse.

They talk about being able to develop in different directions, be that making clothing brands or going into acting (Bandana has just been cast in the new series of Top Boy), or even just building on the success of the single “Run With Me” — which ended up getting played on Frank Ocean’s respected Beats 1 show.

The main aim is to remain a collective, no matter what solo adventures they undertake, with every project ultimately feeding back into the HoP brand. This makes them as much a music-centred creative agency as it does a traditional hip hop crew. This may conjure fears of drab, focus group rap, they appear to be driven by a genuine commitment to musical greatness — the name House of Pharaohs was always meant as an aspiration to lofty principles — and they have the receipts for years of graft spent excelling at their craft. 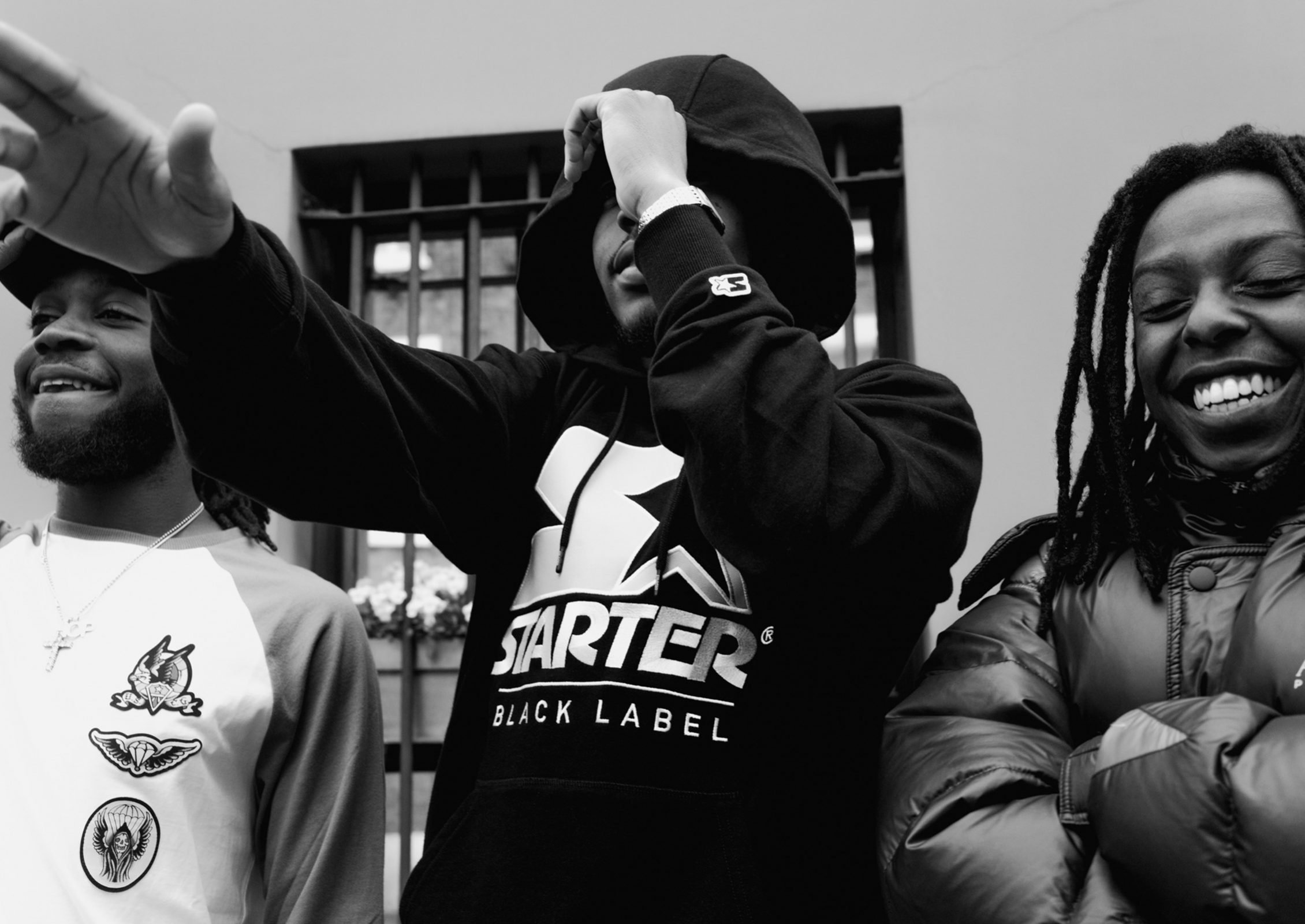 Sam Wise: “It’s a marathon really. I’m 23 now, I can be where I wanna be when I’m 26 or 27.  A lot of men are rapping because of beef, or clout, or cos they see it as the only way out of the ends. We’re in this for passion. We’re coming to it from a performance background, growing up doing dancing, singing, acting, all of that.”

Kevin chips in: “— prior to where we are now, people don’t realise we were doing shows for basically nothing, but we were going in a hundred percent every single time.”

Bandana: “By the time the test came of a doing our own headline show, we were ready. We sold out five or six hundred capacity venues, then fifteen hundred people at Electric Ballroom.”

Danny: “All times independently, with our mate promoting.”

Bandana: “And this is after us coming from getting [paid] twenty pound a show.”

Kevin: “And that twenty pound was spent on snacks for everyone.”

This off-the-cuff rhyme has them all cracking up, and you get the feeling it might make it to a record some time.

With the UK’s rap scene enjoying something of a chart golden age, with everything from Dave’s conscious introspection to Russ’s murderous nursery rhyme flow, storming into the UK Top 40, any artists who can sell out a 1500 capacity venue are clearly crucial to the scene. One of the anomalies of House of Pharaohs is, despite ticket sales most UK rappers would be jealous of, they still exist in an outsider space. Too leftfield to fit comfortably into the GRM Daily and Link Up TV world that has offered a path to the charts for the likes of Headie One, and too hood to get the mainstream media coverage of Loyle Carner’s jazzy rap. HoP insist that they are happy to keep carving out their own niche. 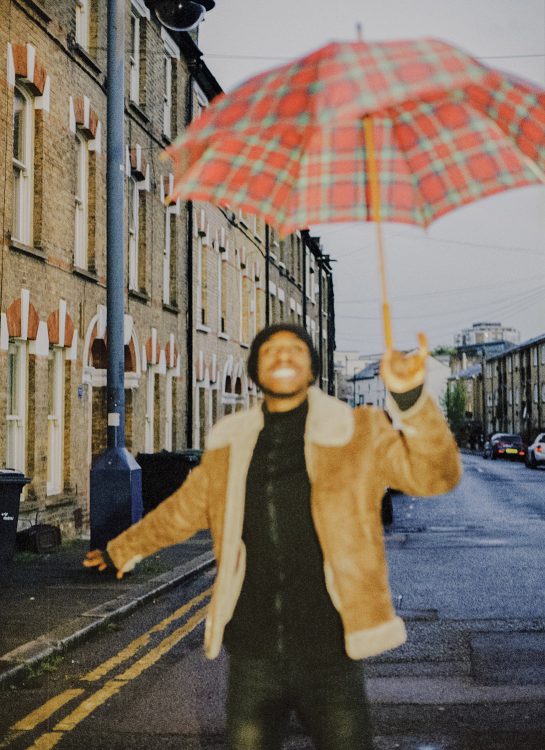 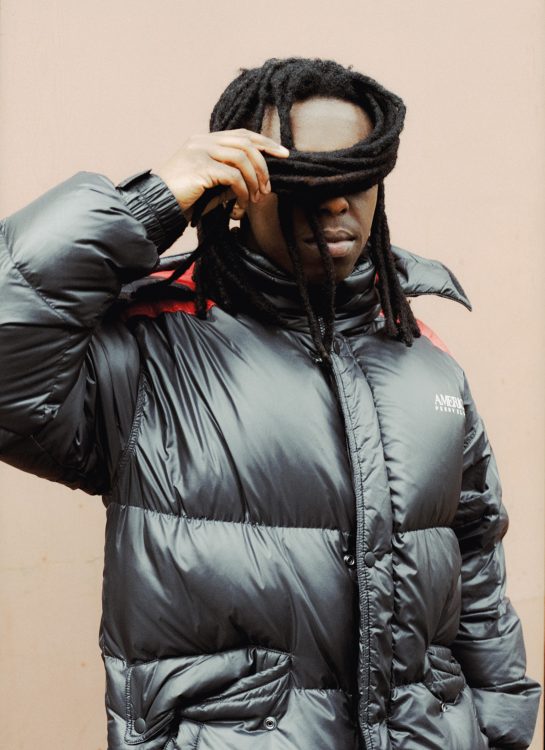 Danny muses, thoughtful more than defiant: “We just do what we want — we do us. We don’t look to be part of a UK scene, we know what our ting is and it’s different. There’s no need to force it, we can get to our own level.”

“And a lot of people from that scene — Young Adz, Yung Fume — they message us and they’re into us,” Sam continues. “Music that wasn’t accepted years back in the UK is more accepted now. We were doing heavy, heavy trappy stuff in the UK back in 2016 and now the rest of the scene is doing that. Of course we want to be accepted as UK artists that are relevant, but we want to be in our own lane and I think we’ve got the ability to do that.”

With the rapid rise of someone like Slowthai, who’s building a career by tapping into the quite palpable anger that is running through the younger generation, are HoP tempted to inject any overt messages into their own music?

“Me, personally, I find it hard to touch on politics, because you might feel like you know enough, but you don’t. You can say something and then get a lot of backlash for not cluing up yourself.“

“Everyone in the collective’s got their own individual views,” Sam notes, “and different people will touch on different things. I went through a  stage where I only listened to Lowkey and Akala, only conscious stuff when I was 14 or 15, then I moved onto Kendrick and my mind opened up to listen to things that were about people, humans, not just politics. On my new project I’ve got tracks on their about fighting against the temptations you deal with inside yourself — you don’t have to be in your face about it. Ultimately doing well with the music will give you leverage, so that if you do feel passionate about a world issue, it gives you the platform to speak on it.”

Finally, as ever finishing each-others thoughts in conversation as much as they do on record, Bandana sums it all up.

“We can’t tell you what lane we’re in, so we can’t even tell you where we’ll be in a couple of years. We can’t say, we’ll be doing this, but whatever we are doing… It’s gonna be crazy!”