“Sex for the ears” is how Etta Bond has previously described her music, so I’m obliged to ask her to qualify this (frankly amazing) statement.

“Hmm… sex for the ears,” she muses with a giggle. “Sex just makes you feel good, doesn’t it? And it might make you tingle. For me, that’s the closest feeling to what my music sounds like. I think my music gives you a really, really good feeling, and kind of touches all the right places. So yeah, that’s what I was getting at!”

Bond’s music can be as slinky and sensual as a vintage mink coat. “You can leave the night light on, wanna see it going in, I love the shape of our bodies, baby we were made for this,” she sings on her balmy R&B jam “Love Me Up” — a highlight from He’s Mine, the second half of her two-part debut album.

Equally, her pristine R&B beats and feather-light melodies can pack a hefty emotional punch. “I’m used to being hurt, babe — I’ve grown to feel like I deserve this,” she sighs on “Love Myself,” a devastatingly honest song about falling for the wrong guy. It appears on He’s Not Mine, the first, and much sadder, half of that project.

Today, Bond tells me that the He’s Not Mine / He’s Mine two-parter isn’t so much a concept album, as a reflection of her own life experiences.

“I’d made all the songs from He’s Not Mine without really deciding it was this thing called He’s Not Mine yet,” she explains. “I got to a point where I was really ready to give my music a push. My mental health was in a much better place than it had been before. When I looked at all the songs, what they had in common wasn’t that they were inspired by one person — which is what’s happened in the past, I’ve had this one person who became a kind of muse. What they had in common was that they were all about unhealthy relationships with various people. People who weren’t good for me. That’s how I came up with the title He’s Not Mine. But it’s not about possession. It’s more about, like, none of these guys being ‘for me’.”

But then life, or perhaps the goddess Aphrodite, threw Bond a glorious curveball. A guy called Shorny slid into the singer’s Instagram DMs to say he really liked her track “Surface”, and she sensed an instant connection. 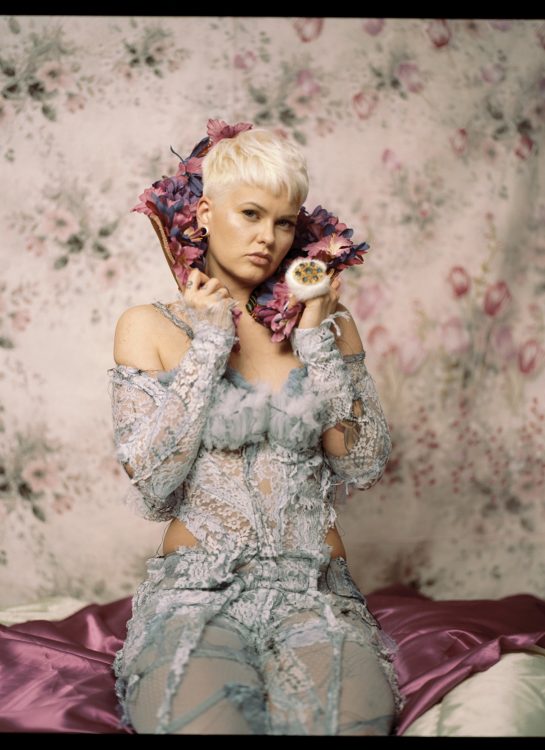 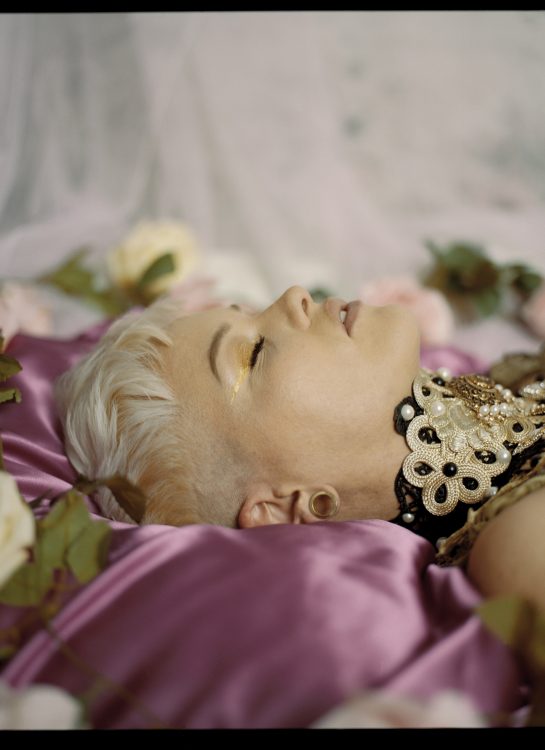 “I knew straight away that I was gonna be in love with this man,” she recalls, making me feel like a confidant. “We spoke on FaceTime for the first two months of us knowing each other and in that space of time I wrote “Shorny” [about him] and started making the video [which features their FaceTime conversations]. And then once we met [in person], well, I just haven’t stopped writing songs about him.

So before I knew it, I had this bunch of really lovely love songs that had a totally different energy to what I’d been making before. I knew they couldn’t go on He’s Not Mine because it wouldn’t have made any sense. So the He’s Not Mine and He’s Mine thing just kind of happened organically. It’s really marked a massive point in my life, and I feel very blessed to have been able to capture that in the way that I have.”

Cambridge-born Bond has been navigating the music industry for around nine years now. She began as a MySpace queen, sending messages to countless up-and-coming producers, and making music with the ones she gelled with. It was through MySpace that she met Labrinth, the chart-topping songwriter-producer who’s gone on to work with Sia and Diplo. He became one of Bond’s most regular and cherished collaborators. “When I met Lab, he wasn’t singing with Miley Cyrus’s sister [Noah],” she says playfully. “He was wearing bootleg jeans!” Bond has also made music with the likes of Skepta, Wretch 32 and Devlin, but says she’s sometimes made “more cautious” decisions about how to progress her career.

Today, it’s clear that she’s content, creatively energised and super-loved-up. But because she’s mentioned an improvement in her mental health, I ask if the pressures of the music industry have affected her in the past.

“The music industry can be an extremely toxic environment,” Bond replies thoughtfully. “I’m not fine with a lot of stuff that goes on, but it’s a reflection of the larger world around us. If I wasn’t experiencing it here, I’d probably be experiencing it somewhere else. My real point is this: you can get through it, and you can’t let it stop you. I’ve learned to only involve myself [in the industry] as much as I need to. I don’t really live in London any more, because my boyfriend doesn’t live there. My dream is to live in the treehouse and I’m working towards that. We’ll see!” 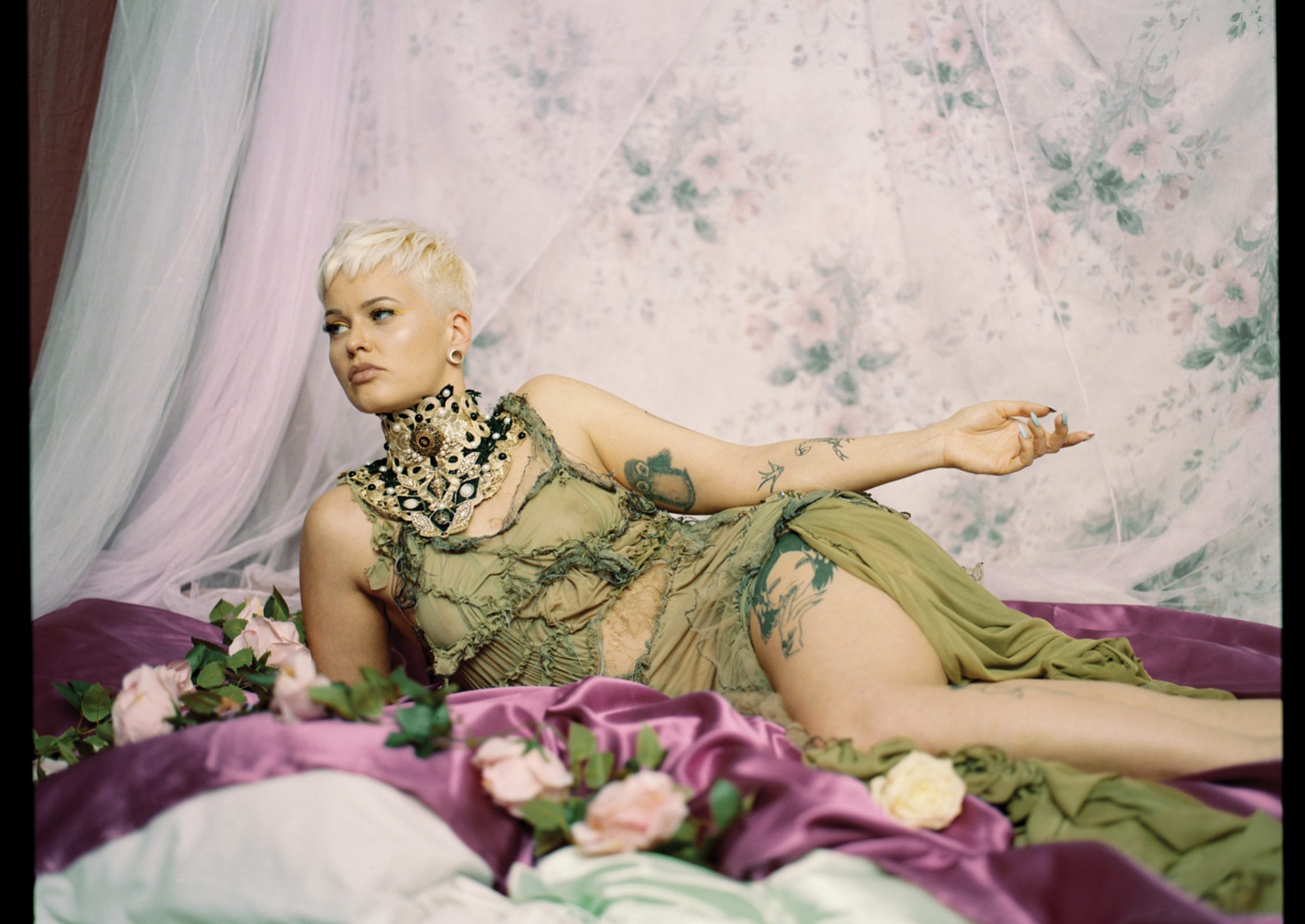 “The first thing that comes to mind is really this sort of party environment where there’s lots and lots of free booze and drugs. Social media feeds into it too, because you’re seeing everyone’s [Instagram] stories and it looks like they’re all out getting wasted and having drugs and booze thrown at them just for fun. it’s a dangerous, dangerous hole to fall into.

Most artists have to go through a little dark phase after they enter the industry, because it’s such a crazy weird transition going from — I hate saying it like this — but your ‘everyday’ kind of life to knowing that people you’ve never met before already have a certain impression of you. That’s a very strange thing. Social media amplifies this idea of the music industry being about a party-party-party lifestyle.”

Bond then shares an anecdote to illustrate her point. “I remember being on tour, getting ready to go on stage, and this girl — I don’t even know why she was backstage, to be honest — saying to me: ‘Oh, I can’t lie, I thought it would be a bit more wild back here.’ I was like: ‘What do you think this is?! I’ve been on tour for two weeks, you’re lucky I can still sing!’ But there’s this weird idea that music should be about getting wasted every day, whereas really it should be about balance. I don’t really even drink anymore, because It just doesn’t feel good to me. I’ve changed a lot of things in my life and started being really conscious about what is healthy and what is unhealthy for me.”

A few days later, at a live performance and intimate Q&A event hosted by Notion at Metropolis Studios, Bond speaks freely about body-positivity (“I’m in a better space. We’re all going to have ups and downs”) and what she’s learned about love.

“Obviously I’m very happy to have found the love that I have,” she says, “but it starts with loving and caring for yourself. That doesn’t mean just standing in front of the mirror and being like ‘oh yeah I love my rolls’ and all that — it’s about actually caring for yourself like you would a friend. Then you can do anything.”

Love isn’t really about “finding another person”, Bond adds passionately. “It’s about realising ‘hey, I’m completely enough on my own and I don’t need anyone else coming in and getting involved unless they’re going to elevate [me]’. If you’re going to come in when I’m feeling awesome and give me mediocre shit, what the fuck?! What is that doing for me? Nothing. That’s an unhealthy pattern. It’s all about finding that stuff within yourself and saying, ‘Actually, I’m better off without anybody unless you’re going to come in and really give me something positive’.  That’s how you let something like that come into your life — when you stop letting all the other bullshit in.”

With our time coming to an end, I ask about Bond’s future plans. She says she’s “itching” to get back in the studio, has more new music coming, and wants to tour the US this year “because there’s a lot of love for me there”. So, now she’s in such a healthy, happy place, what does she want people to think when they hear the name Etta Bond?

“I just want people to know that if they’re listening to me, they’re going to be getting some real, real shit. I always strive to be kind and honest and real and relatable. I’m only trying to be myself, but the best version of myself. So that’s what I want people to think. And other than that, I’m not too fussed, to be honest.” 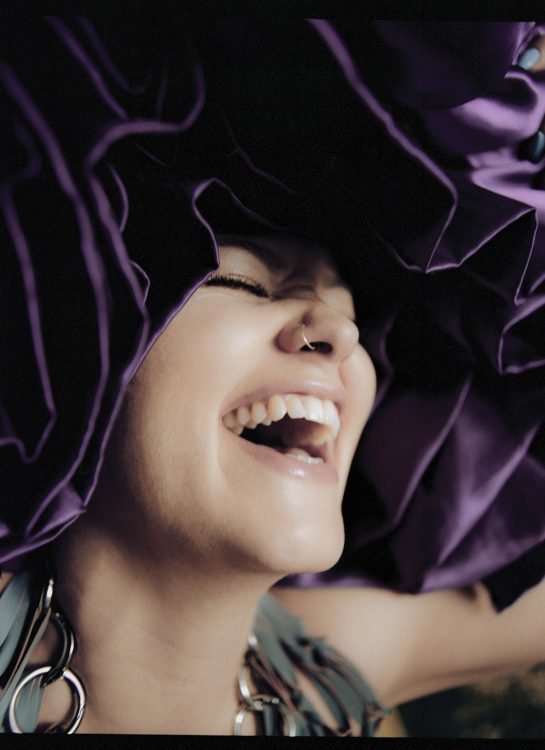 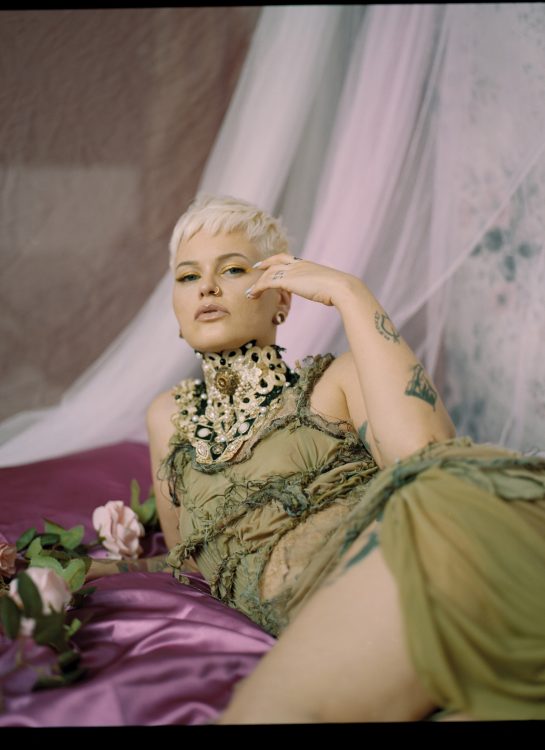 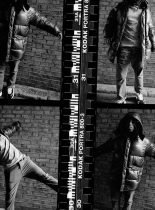