‘I Woke Up Today Laughing’ by Elle PF

Elle PF made their entry onto the indie scene in 2018 with the album ‘She Wrote It’, a truly homemade record recorded in the basement of the band’s lead singer, Ranelle Labiche. They put orchestral sounds at the centre of their music from the start and performed the entire album with a 12-piece band with a live string section at the Cedar Cultural Center in Minneapolis.

With their second album, ‘I Woke Up Today Laughing’, Elle PF are evolving their sound well beyond their origins. Rather than telling grand stories with the sound of a homemade epic, the band are dialling things back to tell stories from a personal point of view, particularly inspired by Labiche’s own life experiences. It’s still a fundamentally collaborative effort, though, with the whole band in during the album’s recording – this time in a professional studio.

The album’s ambitions are summarised by the breakout single, “Ultimatum”, a pulsing track that chronicles Labiche’s struggle to break free of the difficult relationships that have defined her past, using her avid interest in driving and biking to create a sense of momentum behind her quest to find a more peaceful future. It’s all backed up by gradually swelling instrumentals, helping to build a sense of discovery and breakthrough to Elle PF’s explorations. It’s a bold effort from a band happy to chart their own musical self-discovery for our listening pleasure.

On the album, Labiche compares it against their first album: “The songwriting is a little more standard in that it has verses/choruses format. The lyrical content has more intimate, personal tones in that I’m writing directly about my own experiences and romantic relationships”. 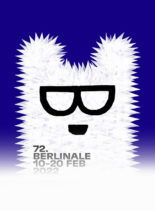 The 2022 edition of the prestigious Berlin Film Festival has released a line-up featuring the likes of Emma Thompson, Mark Rylance and Juliette Binoche. 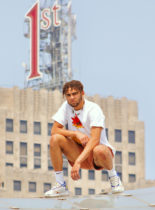