From getting his feet wet playing local pubs, to massive success across the pond, dip into the world of James Bay as he prepares to set sail with his third album and is the cover star of Notion 84's 2019 Festival Guide!

“I’ve been sat in a pond for ages!” James Bay bellows. “It was joyous,” he says, exaggerating his description to the point where it’s unclear if he’s being serious or satirical. “I don’t normally spend my mornings sat in a pond,” he clarifies.

In the list of surreal moments in James Bay’s life, sitting in a pond comes relatively low down. The most surreal moment came in his late teens, aged 18, when he’d just started studying music in Brighton. Gigging around pubs in the area whenever he could, a chance trip to an open-mic night in London changed his life forever. An audience member filmed him performing and uploaded it to Youtube – within a week, he was spotted by an A&R from Republic Records, flown to New York and immediately offered a recording deal. He signed on the spot.

“It was a surreal time and a world away from my childhood home in Hitchin,” Bay says, recalling a time when he’d been sat in front of the radio listening to artists like Ray Lamontagne, Damien Rice, Joni Mitchell and Adele, admiring how they all started out singing their songs on their own with one instrument. It showed him how simple it could be.

“It’s the roots and the foundations of my journey and I’ll always remember it with excitement,” he says of being offered the contract so young. “I’m still in touch with most of the people in Hitchin and can reminiscence about my journey with the,m. As a solo artist, I obviously don’t have much in the way of band members to share those moments with.” His debut, Chaos and the Calm, arrived soon after signing; three Grammy nominations and a Brit Critic’s Choice Award followed and in the space of a year he’d duetted with Justin Bieber and had two platinum hits. Most artists might have stuck to the same winning formula that launched their wave of success, but Bay’s next album, Electric Light, marked a significant shift in direction and style. “Hitchin’s Springsteen”, as he was termed by one critic, had turned instead to pop, R&B and rap influences. He even ditched his trademark long hair and hat, upsetting many fans in the process. 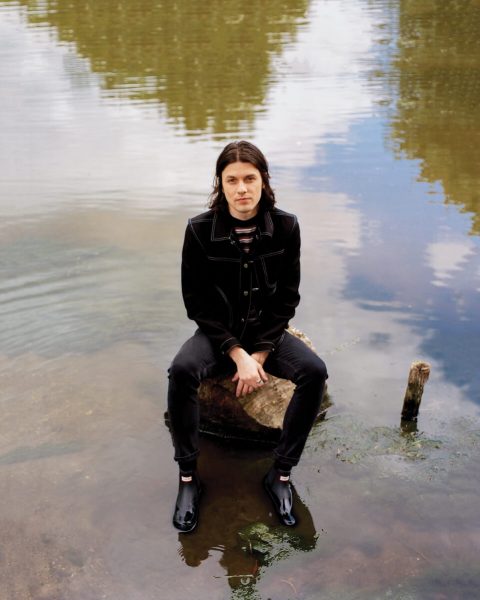 “It was nerve-wracking releasing anything after my first album being as big as it was, “Bay says. “But trying to live up to it was also still exciting. I chose to follow my heart and do something different which felt right at the same time. I didn’t just want to reinterpret the same thing in the same way – that didn’t feel like the most honest move.” Bay wanted his record to reflect the new influences he was discovering at the time, even if that meant gambling on the change in direction.

“The more honest move for me was to say, here’s where I am right now in my life’ with the music I was listening to and things that were inspiring me,” Bay explains. “I just didn’t want to remain in that one dimension. I wanted to explore more. There’s also nothing to say I would have ever been able to actually deliver the same thing with as much success. The obvious thing then for me musically, was to look in a slightly different direction and enjoy exploring other sounds.”

Aware of the mixed reactions to his last record, he’s determined to explore new styles and break out of his comfort zone. By compares it to the feeling he gets when seeing a song for the first time by other artists and says he wants to create the same kind of excitement. “As an audience member, I like it when I’m taken by surprise. I wanted to create that kind of impact, that sort of surprise excitement of not being in that warm, familiar place we thought we might be. This is new, different and exciting. I feel like the reception of [Electric Light] was a bit of that and of course, some people were looking for more of the same thing again, more of the thing they loved from the first record. I had to choose at that point what I was going to create and I chose to mix it up.”

A year after the release of Electric Light Bay had just dropped a new EP, Oh My Messy Mind, that stylistically sits between the first two albums. Bay says that is part deliberate, part happy accident. “There’s a definite sense that it sounds like an in-between of albums one and two. It has consciously and subconsciously been my approach. Because I made two albums that sound quite different, it might have been inevitable.”

A new collaboration with Julia Michaels on “Peer Pressure” impresses (It’s already notched up to over 42 million streams on Spotify), elsewhere there’s soaring emotional balladry, darker themes and what feels like a more candid style of song-writing. In the past, Bay’s lack of overt self in his songwriting felt elusive: will his latest signal another shift, this time in terms of songwriting style? 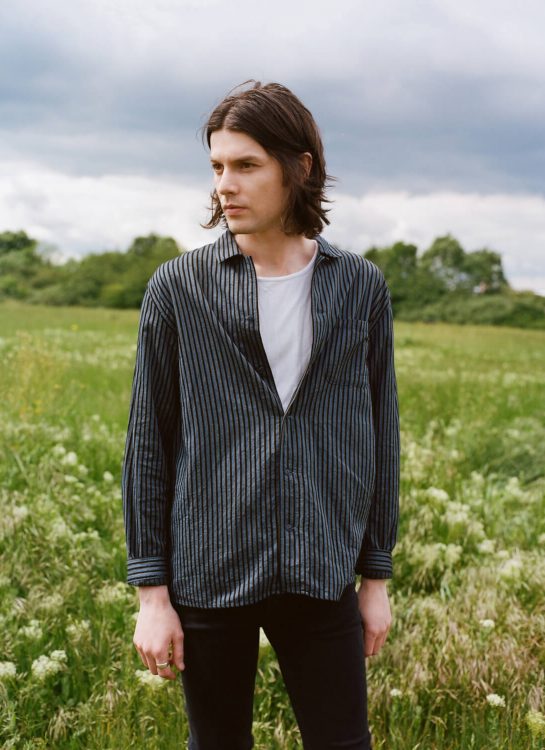 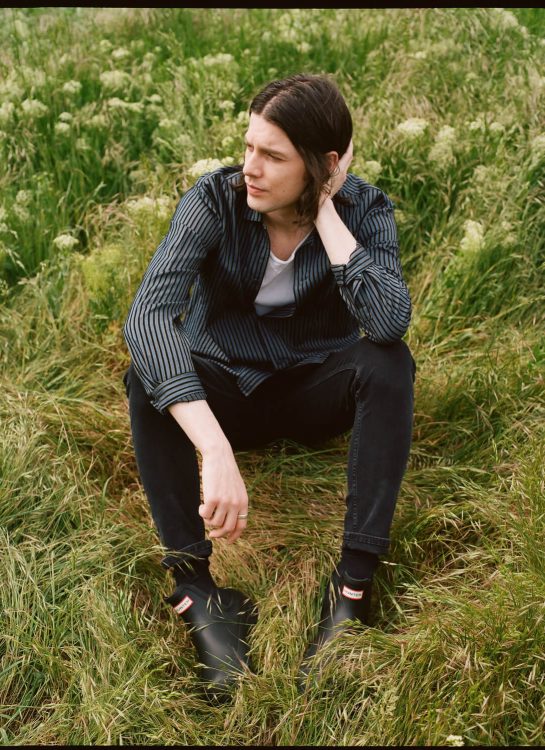 “As far as songwriting goes, it’s as heart on sleeve as it’s ever been, if not more in places.” Bay gives little away about his personal life, but it does feel like he’s trying to, albeit cautiously. “It may potentially give people a look into my personal life more, “ he says, before pausing, careful again not to give too much away. “I have moments where I feel like I want to be more private and I have moments where I feel like I have things I need to express that are pretty raw and real. I follow my gut instincts day-by-day and release by release. The one thing paramount and the one thing more important than anything else is that I want songwriting to be very real, earnest, intimate and honest.”

He’s not sure yet if his third album – which he’s currently working on – will follow the same direction of his recent EP but he does hint that we can expect more “heart on sleeve” sincerity. “My next album is likely to tackle similar themes as they are the same human themes I always tackle – themes of love, longing, struggle. I pick up on those kinds of themes all the time, in everyday life, so that will show through I the next music I release.”

He also says his new music might have more reflections on his career to date – something he’s not done much of thanks to his busy schedule. “I’m very fortunate in that I’ll turn up on stage and whoever is in front of me knows the words and wants to sing the words back to me… It’s still such an elating and euphoric experience,” he says. Bay’s love of performing live comes through as he animatedly speaks of his time last year supporting The Rolling Stones and his tour now, where he’s supporting Ed Sheeran.

With Sheeran releasing an album of collaborations this summer, will Bay be revealing a collaboration any time soon? “I’d love to tell you that I have, but I haven’t” he laughs. “I’m just gutted that I can’t tell people ‘yes!’ Maybe in the future, right time, right place.”

Bay describes touring as an “adventure” and quickly lists the many gigs he’s performing at this summer. It also causes him to reflect on his most memorable festival experiences of which he’s had many over the years. “My favourite festival experience came as I played on the pyramid stage at Glastonbury, back in 2015.” It was a far cry from his first-ever live experience performing in a local pub aged 14. “The feeling of connection when people stop their conversation because they’d rather listen to the music you’re making is a crazy, wonderful feeling.”

With an album in the works, how does he find the time and headspace to create around that? “Someone in my position just has to tackle all of it and use any time that isn’t spent touring creating and any time not creating touring,” Bay says matter-of-factly. Rather than bemoan a busy schedule, he relishes the challenge of doing both. 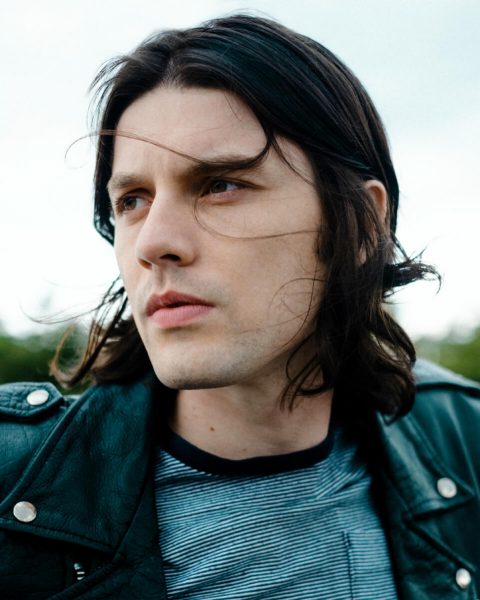 “The appetite for music now from listeners is so big and so immediate that you’ve got to supply for that. There were once understandably quieter moments in between campaigns but now there’s less of that and there are more options to be working and touring all the time, doing all these fascinating and brilliant things. I’m not sure all the time how I manage it, but I’m enjoying trying to manage it and I’ll do it all.”

Bay’s gotten used to creating as and when the opportunity affords itself, but not at the expense of living too. “With writing, you don’t just sit down on a Tuesday morning and write a song. You have to live life and, although part of me living life involves touring and sitting in ponds doing photoshoots and all of that stuff, I’ve not got a lot of songs to write about those things. There’s real life you have to live and real emotional experiences that you have. Those experiences find their way into the songs around everything else.”

A greater pressure, Bay reveals, is writing to keep up with the listening habits in the current climate of shuffle culture and the immediacy it demands. “I remember when I was 7 or 8 sitting by the radio and waiting for hours to hear a certain song I adored. I didn’t know who it was by or what it was called but I knew it the moment it came on. The anticipation of it made the song ten times better.”

“How good a song is to people now is an interesting dynamic because they can play them ten times in the space of an hour. Hopefully, they’re still as good but nowadays, people put a song out and a few days later, everyone is like, ‘yeah I’ve listened to that song 250 times. What else you got?’ As an artist, you think, ‘well I’ve just put out a song a week ago, it’s taken me a while to work on that, so that’s it for now’. It’s a strange mindset for a musician.”

Right now, he’s trying out new songs on stage and gauging a feel for them with audiences, in between writing in the studio. He’s beaming with excitement. “Writing…it’s almost as much fun as sitting in a pond,” he deadpans.

Grab your own copy of Notion 84 featuring James Bay as our Festival Guide Cover here! 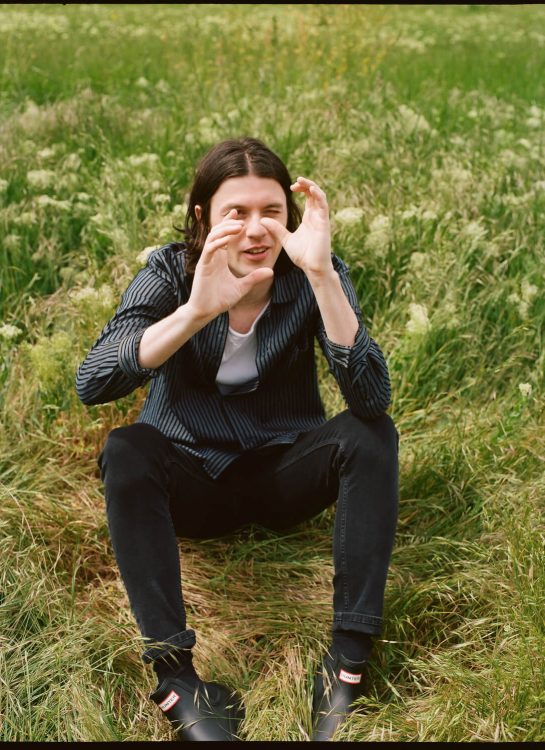 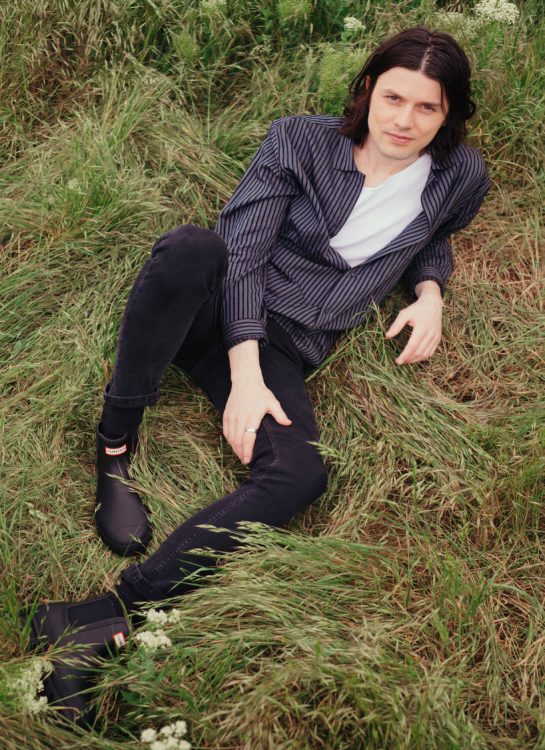