We take a look at the one-off panel which explores the correlation between image and musical prowess.

London Fashion Week Mens is upon us again, ringing in it’s 13th year. While we’re anticipating some stellar shows from Britain’s best menswear designers, there’s one particular LFWM event that caught our eye. Sound & Style is a one-off panel which which will explore the relationship  between image and musical prowess. Do better dressed musicians really make it further in the music biz? Does a statement and instantly recognisable look really increase your fan following?

Hosted at the Ace & Tate store in Shoreditch, the event is the brain-child of by Holly Rae Jones and Undine Markus, who previously collaborated on a double exhibition at Ace Hotel in both London and Los Angeles. For Foreign Affairs (London) and Foreign Exchange (Los Angeles), they showed the work of a plethora of photographers who had captured contemporary musicians including Tyler, The Creator, Joey Bada$$ and Princess Nokia. Their latest collab continues their exploration of the musical industry, tapping the likes of designer Liam Hodges, stylist Daisy Deane and musician J. Caesar to unpick the topic of Sound & Style.

We sat down with Jones and Markus to find discuss the though process behind their one-off panel event. 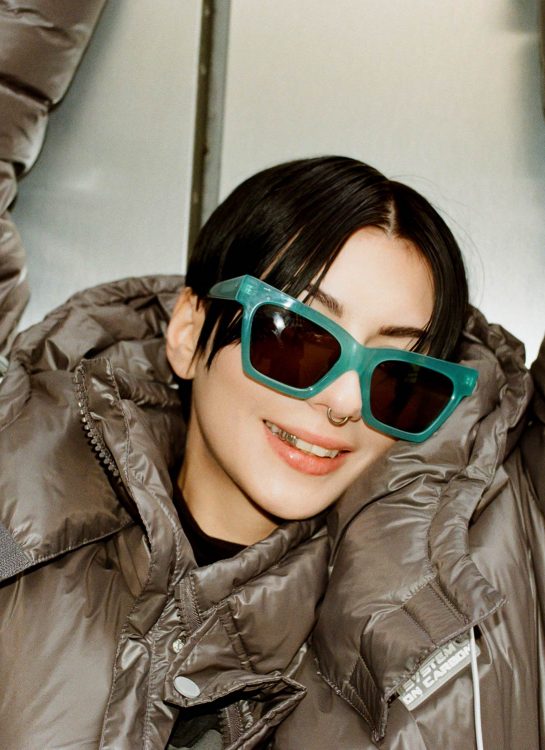 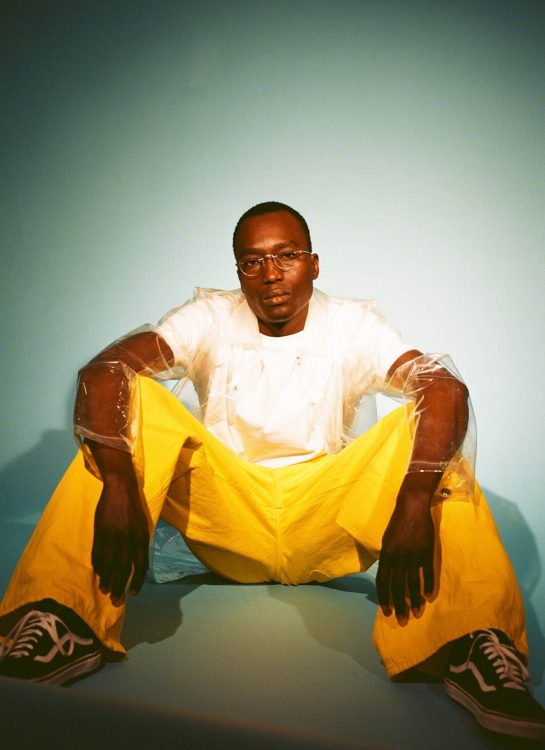 Where did the idea for this panel come from?

HRJ: The idea for the panel leads on from two events that Undine and myself have curated together, Foreign Affairs (London) and Foreign Exchange (Los Angeles). In those, we showcased some of our favourite photographers, particularly those that document music. In LA, we hosted our first panel discussion collating a group of speakers spanning music and fashion. We wanted to expand on this and create a wholly dedicated event to the discussion, this time in London.

UM: Yes, Holly and I first teamed up on an international photography exhibition and party at Axel Arigato in early 2018 which lead to a follow-up event in Los Angeles, featuring an additional panel component. The discussion was very rich and well received so we decided to take it to our current base, London, a city where, arguably, visual image matters, even more, when it comes to pursuing a career in music. For this event, Ace & Tate, an international brand with a strong voice and identity that has been at the forefront of promoting individuality and self-expression, seemed like a very organic fit. The discussion will take place at their Hanbury Street store, within the British Fashion Council HQ and just a few levels below some of the leading fashion shows. The event will be hard to miss!

What will the panel explore?

HRJ: We will explore the growing importance of creative direction and styling in the music industry and how personal branding can impact the success of an artist. Since the panel is during London Fashion Week Men’s, we will explore the ever-growing relationship between menswear, streetwear and music.

Tell us about why you picked this particular selection of panellists?

UM: With the creative industries becoming ever so intertwined, we sought to assemble a wide array of speakers that would represent the different facets of the industry. In particular, we wanted to showcase the different areas of expertise that constitute the role of creative director, spanning fashion, music, publishing, commissioning, production, content creation, and more. While it might seem glamorous to be working with A-listers, we want to make sure that the younger generation looking to go or transition into the intersection between music and fashion are aware of the skills, hard work, talent and endless networking that go into building a successful and lasting career in the sphere. We believe that the speakers are some of the most accomplished and celebrated names in the nascent field, particularly in the UK, and will be able to give the guests an informative, experienced and personal insight into the topic. 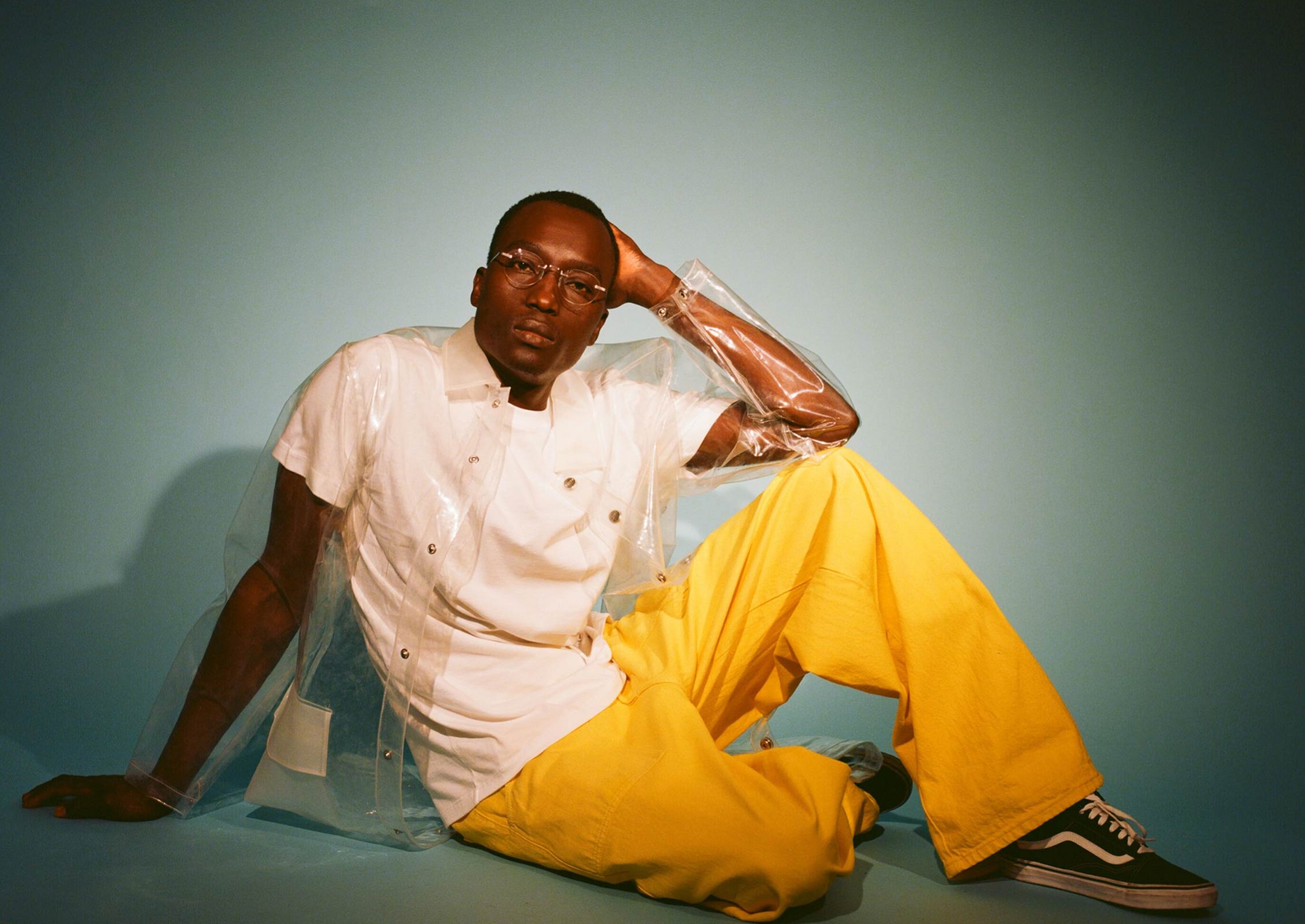 This is a follow-up to a similar event at Ace Hotel which featured portraits of a plethora of musicians. Do you plan on doing more events moving ahead?

HRJ: We would absolutely love to do more events moving ahead and more overseas would be the dream. It has been really fulfilling connecting with artists and industry reps all over the world and exploring our passions – photography, art, music.

UM: Working with Ace & Tate has been an amazing experience, merely due to their unparalleled attention to detail and passion for storytelling. We hope to continue this relationship as well as take our projects to Asia, particularly Hong Kong where I used to live. We would love to do an exchange project that brings together local artists alongside the creatives we have been working with. Having said that, we are open to moulding the concept into a series of different digital projects that live url.

Do you think the relationship between fashion and music is getting stronger with time?

HRJ: I think this relationship has always been extremely strong but as fashion is becoming more and more accessible it is only natural that these industries become more and more intertwined and codependent. For many artists and brands, one really cannot exist without the other.

UM: Agreed. I think we see more and more media, industry and, most importantly, fans celebrate this renaissance approach to art that prioritises storytelling. It is all about building a brand, creating a lasting message and getting it across to as many people, regardless of the medium.

What shows are you most looking forward to this fashion week?

What makes LFW so different to the other fashion weeks across the world?

HRJ: For me, there is more of a sense of humour and fun in London that you don’t see in the other cities. 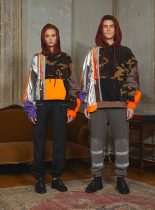 The brand head to the hills as inspiration for their AW19 collection. 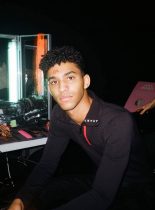 As part of a limited series, we get an AAA pass to LFWM. Last but not least, we go backstage at Bobby Abley. 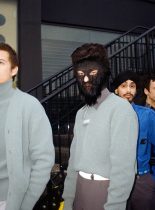 As part of a limited series, we get an AAA pass to LFWM. Here, we go backstage at the Xander Zhou AW19 show.