Behind every great song is a great producer, and in the case of NiNE8 collective – the London-based crew that’s sprouted talents such as Biig Piig and Lava LaRue – that was Mac Wetha. Now, the maverick responsible for the crew’s underground sound is stepping out of the shadows and into the spotlight as a solo artist in his own right.

Originally playing in bands, Mac naturally moved on to creating beats, linking up with Biig Piig and Lava at music college and forming the now acclaimed collective. From here, Mac skilled himself as a DJ, producer, mixer, and engineer, eventually blending his two sonic worlds into one to create the sound of Mac Wetha.

On his debut EP, ‘Make It Thru’, which was made during the rollercoaster that was 2020, Mac took the chance to really play around with sounds, with the result being a cross between Jean Dawson, King Krule, and even Rex Orange County. He knew it was his chance to showcase his skills as a solo artist; another step towards ensuring he would never be pigeonholed. The result is a truly open-minded, personal, and introspective piece of work with a raw, DIY feel. You can’t put it in a box, and that seems to be exactly what Mac intended.

In conversation with Notion, Mac chats about his journey, learning through trial and error, musical influences, and more. Dive in! 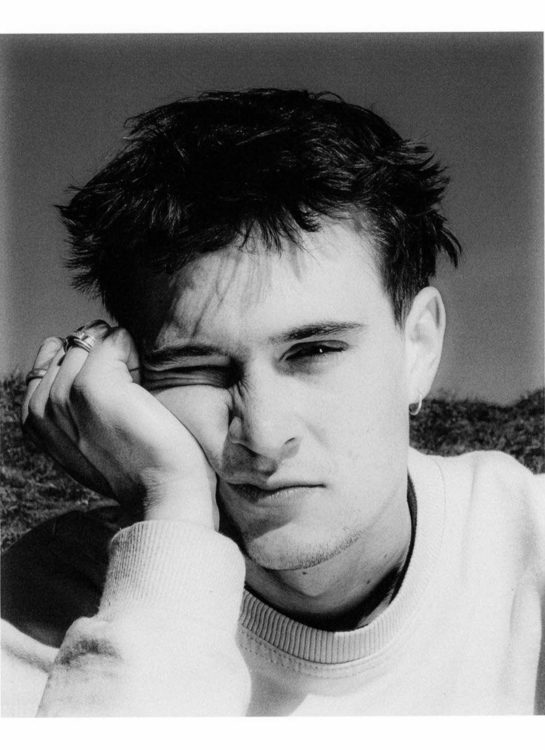 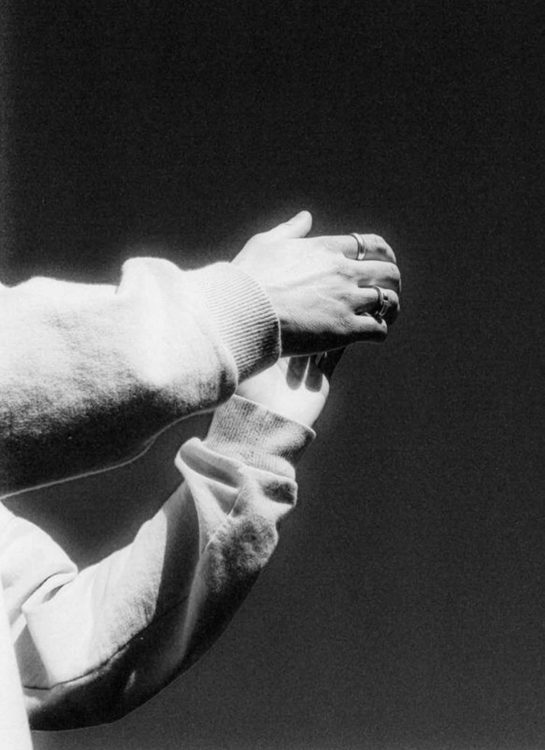 Tell us about your career journey – how did you get to where you are today?

It’s a very long story, but in short, I started singing in a band when I was around 14 and met some amazing people through that, some of which (such as bone slim) I started producing beats for, with some help from my bro Kxrn who taught me a lot about production. Then in music class at Richmond College I met Jess (Biig Piig) and Aiwa (Lava La Rue). Aiwa pitched the idea of NiNE8 Collective to me, it sounded cool and I wanted in, so I started engineering and producing with her and other friends from college, using my room at home as the studio. This developed into me learning how to DJ, engineer, mix and produce for other artists. All of this production ran parallel to the band stuff, I was at one point juggling 3/4 band projects as well as working with NiNE8 and producing for other artists, I was also studying music for media at Uni — eventually, things fizzled out with some of the bands and I finally decided to start trying to mix the two worlds I was involved in, bringing the elements of fronting a rock band and my production stuff together. That’s kinda what Mac Wetha is now, I think.

As the resident producer for the Nine8 collective, you must have had some great experiences. Can you share some highlights with us?

The Boiler Room sets we’ve done have been incredible, so much fun. Performing in general with the collective is just awesome.

What made you decide to step out on your own?

It’s always something I’ve had in the back of my mind, but as I mentioned prior, when the band I was singing in dissolved it left me wanting to mess with my vocals much more, so I started trying to go at it alone, and after months of trying and failing I finally made some songs I was happy with. 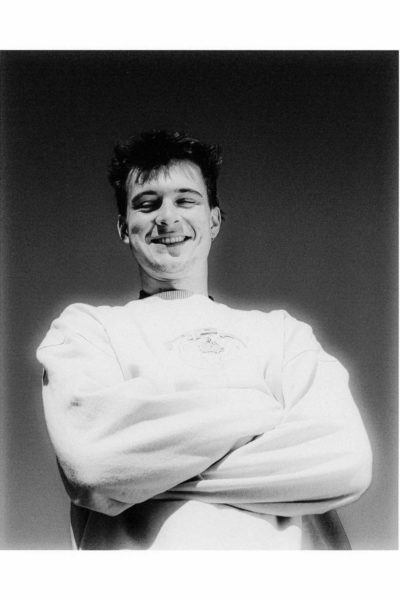 Does this new path mark a permanent change for you? Or do you see yourself producing for other artists again in the future?

The reason I’m a part of so many projects is that I want to be able to do whatever I want and avoid pigeonholing myself. I’ll always produce and want to work with other artists, but right now writing as Mac Wetha is my main focus. I definitely want to do another Mac Wetha & Friends though.

You’ve got quite a varied range of influences. With such a scope, how did you find your own pocket?

Honestly, I think a lot of trial and error. I also don’t write in terms of explicitly thinking about how to combine all the elements of my influences, I just try and write with as much of an open mind as possible.

You’ve just released your EP ‘Make It Thru’. What was the process of creating the record like? Did it all come together smoothly with a clear-cut vision, or were there some bumps in the road?

I wrote nearly all of it in 2020, so I had a lot of time to be surgical about things; having said this some of the songs came together very quickly. I’ve never made a project like this before so there were definitely some big old bumps in the road, but I’ve learned so much. The only vision I had was to showcase as much of myself as possible, bring my vocals to the forefront a bit more but also show off more production styles that I’m into. 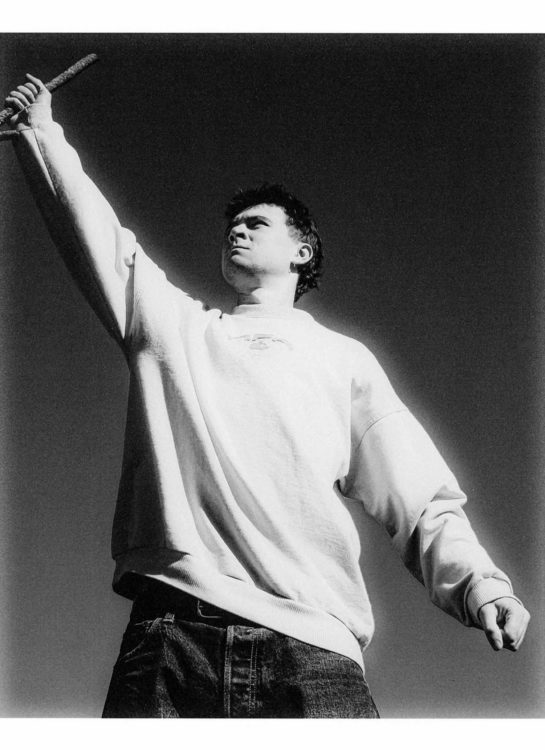 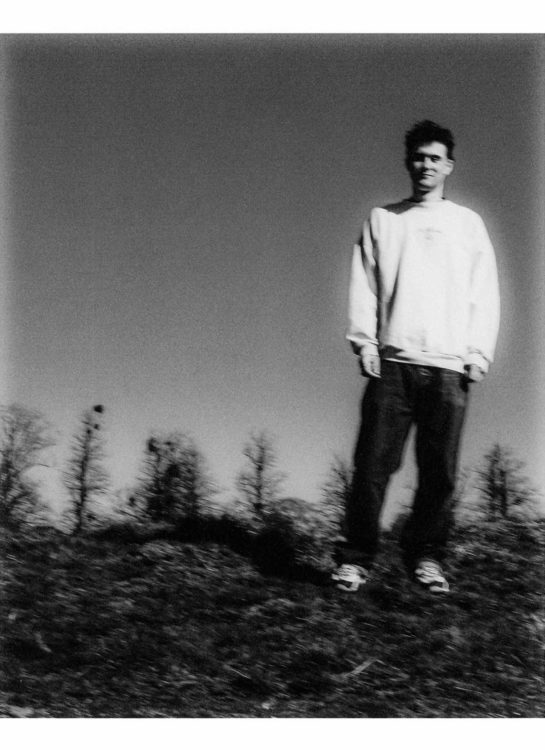 What are some of the themes and inspirations on the EP?

I’m hugely inspired by many artists, too many to name here, but all of my friends in music, and of course the collective have inspired me hugely with this project. Jim Reed is an incredible producer, drummer, and friend who inspired and helped me a lot with some of these tracks, Wayside and Headache especially. In terms of themes, lyrically I wrote very personally and introspectively on ‘Make It Thru’, I suppose that’s how I’m used to writing having played in these pop/punk type bands… Musically it’s just trying to tie in all of my influences, in production and otherwise – but as I mentioned earlier I wrote each song with an open mind and didn’t stress myself too much with that.

You’re supporting Beabadoobee on tour this autumn. What can we expect from a Mac Wetha show?

You’ll have to wait and see 😉 … but it’ll be great though I swear.

If you could have any superpower, what would it be?

Stream 'Make It Thru' by Mac Wetha below: