Barney Artist joins with Bombay Bicycle Club frontman, Mr Jukes, to select ten summer tunes to get us ready for their upcoming EP.

Mr Jukes & Barney Artist are a musical match made in heaven. The former a solo moniker of Bombay Bicycle Club frontman Jack Steadman, his first solo album was released in 2017. Jack’s counterpart, Barney Artist, is known for his jazz infused hip-hop, making music with the likes of Tom Misch, Loyle Carner, Alfa Mist and Jordan Rakei.

After Jack stumbled across Barney’s work during a Spotify browsing session, their collaborative project ‘The Locket’ dropped in 2021. Recently setting off on a UK tour, the pair have just finished supporting the Gorillaz on some of their European dates.

New single “Eternal” comes from a string of track releases from the same-titled EP due next month. Showcasing a darker side to their music, the album marks a departure from their previous sunnier sounds. To coincide with their new music, the duo has even created their own “(not so) hot sauce”, available to buy from their website.

We asked Mr Jukes and Barney artist to select five tracks each in honour of their new music, with big summer tunes from J Dilla to Kanye West. Dive in!

"This was one of the first hip hop tracks I became obsessed with back in school, in fact I think I can sing it word for word. One of the greatest underground hip hop records ever made. I love how peaceful and simple the beat is - you never get tired of it."

"The GOAT in terms of producers. Donuts is a super interesting record where you get an insight into his creative mind, like a scrapbook rather than a fully thought out piece of work. It samples the Sylvers "Only One Can Win" which is itself a great track."

Jukes: "Give Up the Goods (Just Step) (feat. Big Noyd)" by Mobb Deep

"Barney and I did a record store tour last year where we just rented a car and drove ourselves around the country. This album was our soundtrack every night. It also reminds me of trips to New York where I would just walk around the city all day listening to it. It’s such an immersive record, the gritty sound of NYC."

"Another NYC classic. Produced by DJ Premier who had a huge influence on our sound. You don’t hear scratching on records much these days. We got our DJ (DJ Chux) into the studio on the last day and he added some magic to the tracks."

Jukes: "I Ain’t Going Out Like That" by Cypress Hill

"This is one of hundreds of classics that came out in 1993. We made a song (’93) honouring that year and I remember we were playing a lot of Cypress Hill in the studio that day and Barney subtly changed his voice so it sounded every so slightly like B-Real. It’s one of my favourite tracks we’ve ever put out."

Barney: "The Day" by The Roots

"This song was on constant repeat for me travelling back and forth from my first retail job Makes me think of beautiful sunny days with such a stunning pocket and groove! Courtesy of Questlove and Black Thought with the water-like flow!"

"Growing up in East London, especially East Ham, Kano is easily one of the most influential lyricists to come from the UK and this song demonstrates his ability to make a love song so dense but yet so relatable.. British excellence!"

"The best live rap duo EVER! Early 00’s was a shaky time for HipHop but these two provided us with a lyrical BANGER!. The beat alone will make you screw up your face! Feels like I’ve got a throwback basketball jersey on!"

"I mean the name says it all Murda!! This is a UK hip hop anthem! Klashnekoff finds the perfect balance of Gritty Hackney lyricism mixed with early 90’s HipHop drums! The Jamaican influence is also very present in his approach! Play this very loud!"

Barney: "All Falls Down" by Kanye West 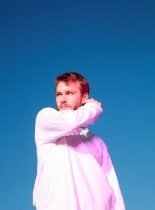 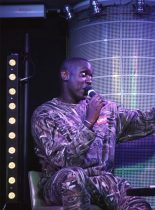 On Tuesday we took over the Hospital Club with Zubrowka for a celebration of grassroots music with East London's Barney Artist.