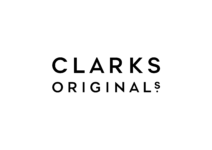 If there’s one thing that proudly unites the Caribbean, it’s a fresh pair of clean-cut Clarks, and their latest unique collection Clarks in Jamaica proves it. Holding a special place in Caribbean culture, Clarks Originals has become the number one shoe in the islands, especially Jamaica, gaining cult status and phenomenal popularity. From being referenced in many reggae and dancehall songs by artists like Vybz Kartel, Popcaan and Little John to being a 119-page hardcover book, Clarks and Jamaica’s relationship has stood the test of time.

Established in 1825 in Somerset, England, the Clarks trend in Jamaica started back in the late 1960s when the emerging youth culture adopted the footwear as part of their school uniform. Becoming a prominent piece of attire in Jamaican street culture mostly for the ‘rude boy movement’, Clarks Originals has remained in the hearts of islanders for almost 60 years and has no plans on stopping anytime soon. 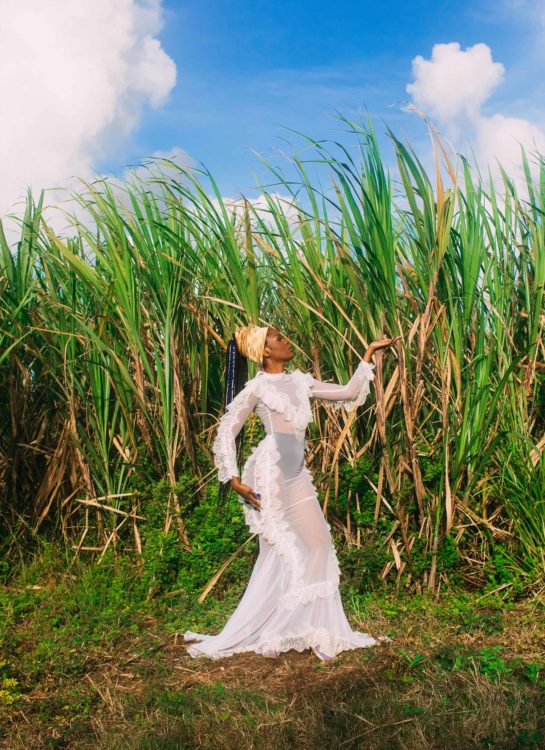 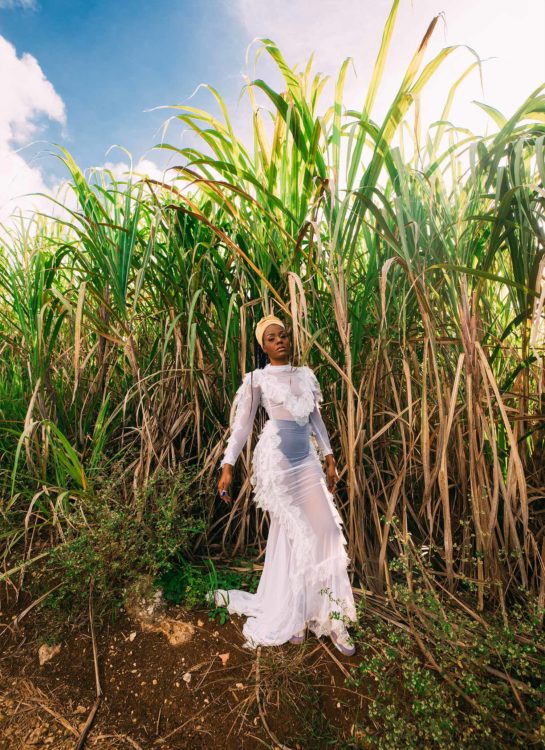 With Clarks no longer being limited to Jamaica, the footwear has crossed over to several islands including Dominica, Curaçao and Barbados. This year, their new campaign is all about telling their astonishing connection with Jamaica and its culture rooted in richness, grace and bold rhapsodic confidence. Through the eyes of four women signed to the Pretty Boy Worldwide – the first Island Pop label, Clarks is destined to show in 2021 that the female lead story in the Caribbean is no longer going to get lost.

With acts like Koffee, Shenseea and Lila Ike exporting from the region and becoming established names worldwide, the Clarks in Jamaica campaign wants to showcase how important it is to find the next wave of women and support their story growth in music. Sitting down with emerging singer-songwriter Navy via Zoom from Barbados, we discussed the pros and cons of being a woman in music, breaking down barriers, being a part of Pretty Boy Worldwide and the Taste of Pluto collective, fashion and how the global pandemic has shifted the music industry. 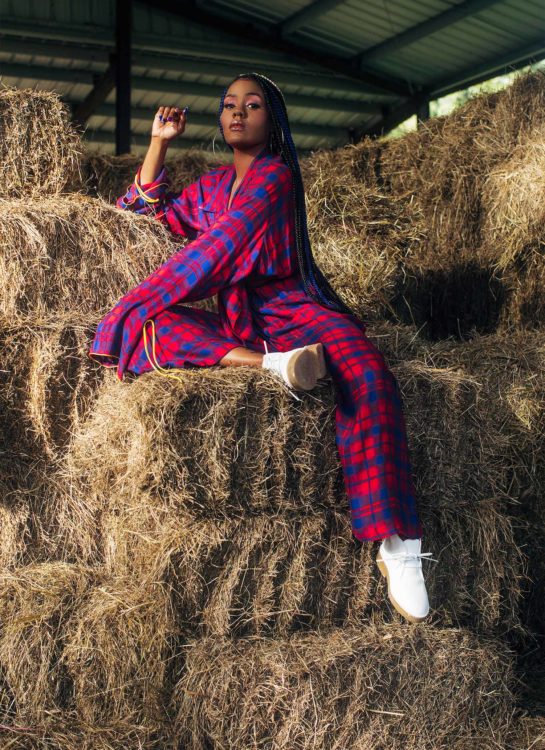 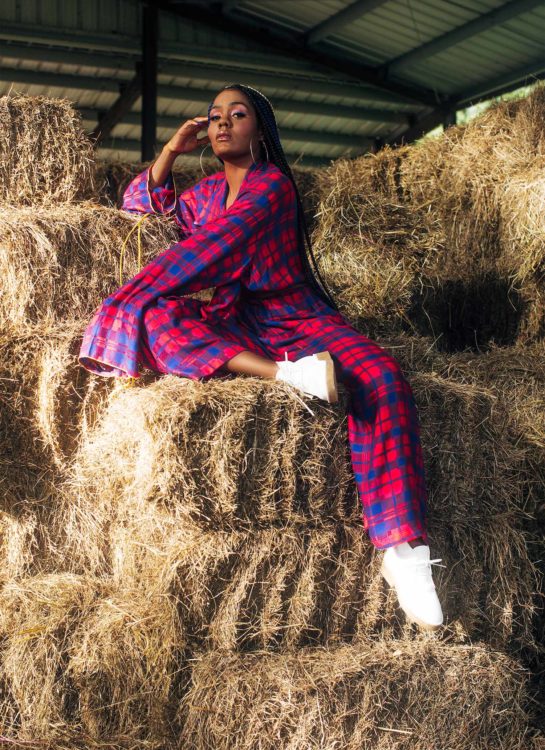 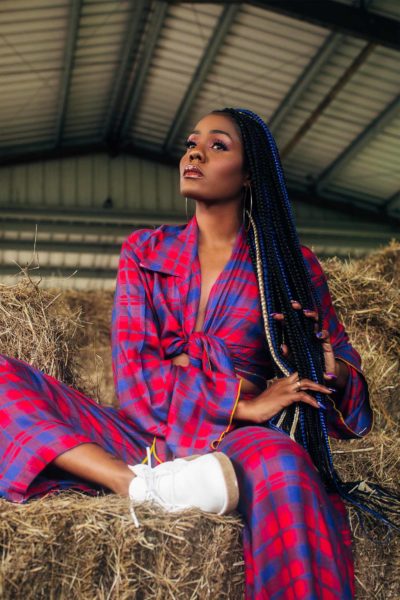 Accompanying her label mates Arii Lopez, BlvckHaze and DWN at Pretty Boy Worldwide, Navy is fronting the campaign representing her hometown of Dominica. “Clarks is something I grew up around in my hometown island of Dominica. They’ve always been a big deal, whenever people got a fresh pair of Clarks it was a moment”, she tells me. “It’s such an honour to be a part of a brand that has shaped Caribbean footwear”.

As one of the most soothing and eloquent Island Pop artists to debut last year, Navy has used the love and espouse from her town to build a cult following of fans who stan her characteristic voice, majestic vibe and courageous energy to make it to the top. “Telling my story of what being from a small island is like where you don’t hear much about what goes on here globally, I use my platform for international appeal so I can educate people about my culture. We speak Creole on my island and share the same creativity, culture and vibes with the other islands. I put all of that into my fashion and my style and the way that we portray my personality”.

“It’s a window that I’ve been waiting to open and let people, especially women, know what is going on here in the several islands in the Caribbean. Everybody has their own identity and their way of speaking their type of music and style into existence. I’m just thrilled and blessed to have that opportunity”. Navy’s come-up is one of humble beginnings and blessings that have transpired into a career filled with affection and soulfulness. Standing out for all the right reasons, her distinctive voice, alluring island vibes and nostalgic sound have cemented her Caribbean music position. 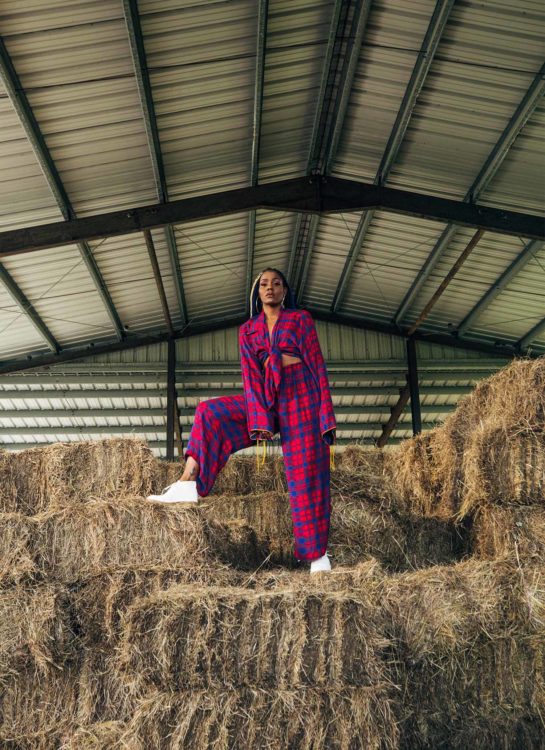 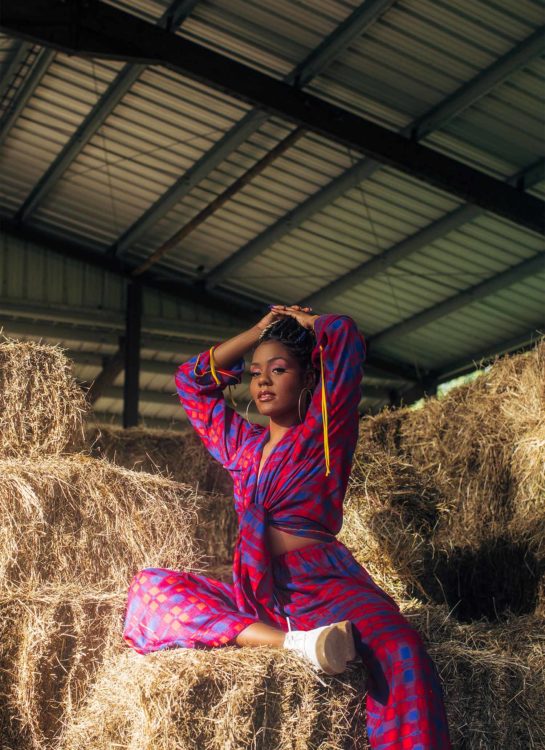 From growing up playing the piano and violin, Navy has been surrounded by the sounds of Stevie Wonder, Patti LaBelle, Beenie Man and Missy Elliott growing up. She tells me why these artists played a part in the moulding artist she’s become today and how they helped her find her niche and aesthetic.

“I used to listen to a lot of radio when I was younger, and I would hear many different music genres from rock to soca to reggae. My brother played a lot of music in the house when I was younger and those artists I used to listen to inspired me to identify with the type of music I want to make and the type of artist I want to identify. One of those people was Missy Elliott. I remember listening to her and thinking about how she is doing that. Not only is she dominating music and doing it so effortlessly, but she’s also adding her flavour and twist on it. That’s what inspired me to be myself and authentic with my music. Artists like Missy and Stevie Wonder are the most difficult I’ve ever studied because of his music knowledge because he’s a multi-instrumentalist. That’s why he’s my biggest influence. He helped me find what type of music I want to make and share with the world”.

Since the release of her singles “Scorpio’s Letter” and “Pity” last year, Navy has been on a path of success. Exuding a potent fusion of confidence and innovation by using her knowledge in music and culture to benefit her, Navy is a well-focused mission for breaking down barriers as a female artist from the Caribbean. “Destroying the many stigmas that surround us as women in this industry is very important to me. We already have to fight the fact that we’re women, on top of that we’re Black and from the Caribbean. I think it’s just important to know how to break down the barriers in the sense of showing people that it can be done. There are so many pros and cons that come with being a woman in the music industry. Sticking together and supporting each other is what’s important because at the end of the day we that’s all we have”. 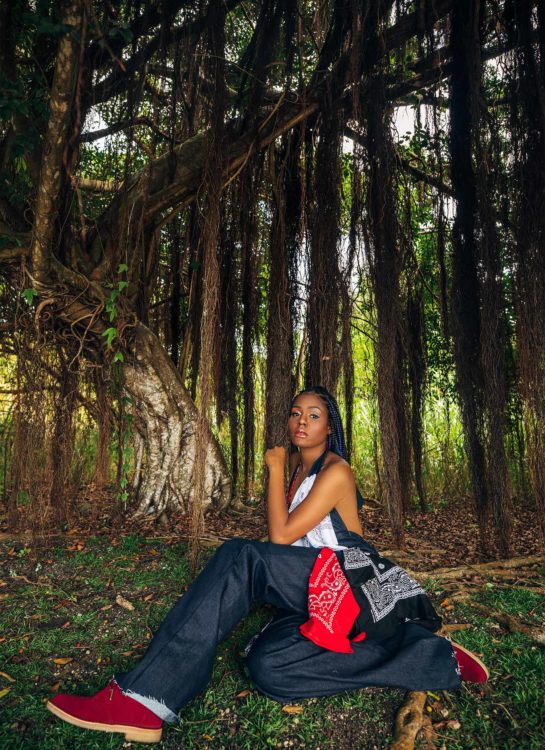 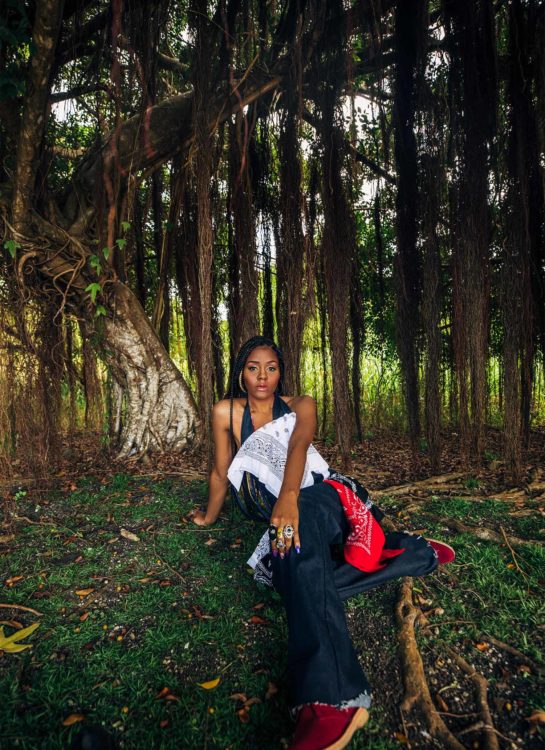 With the global pandemic creating a shift in the music industry, Navy tells us what her creating process has been during the pandemic. “The crazy thing is I was actually in London with my team when COVID kicked off. [We were] in lockdown because we travelled for a business meeting and got stuck. The government told us we couldn’t leave and go back to Barbados because we had an undisclosed amount of time on our hands we spent most of it making music. The way that we work, we travel with our producers who have mobile studios set up in the living room or the bedroom. After we set everything up, we sat down and had discussions, and everybody wanted to make something honest and relatable. We’re all going through this together. Everyone in the world right now is in a weird space”.

Navy’s aesthetic plays a part in her personality, as the artist incorporates her sense of style and taste into her music. “I’m naturally kind of old school and stuck back in the 90s – probably even the 80s- because of the type of music I love. I put that all in my fashion, from wearing crop tops to denim jackets. We’re very bright in the Caribbean; we wear many bright pastel colours and mix our braids and big jewellery, giving it an old school with a new school twist. In Dominica, we have what we call madras; which in other countries is known as plaid, but it’s our national wear – they wear it in Martinique and Guadeloupe too and other French-speaking countries. I’ve incorporated that into my style, and I can probably say that this is the National Wear of my country. This is what we identify with coming from colonisation into independence”. 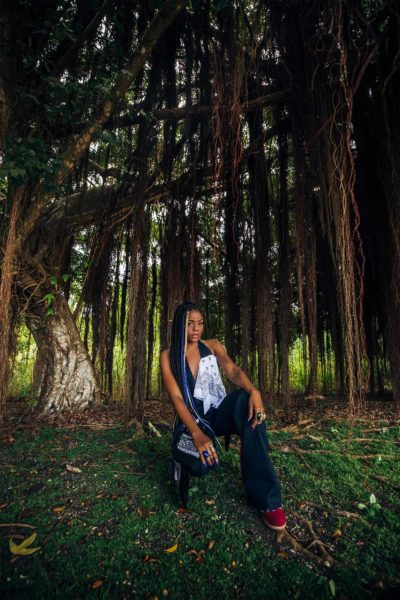 After joining Pretty Boy Worldwide’s label, Navy found herself on the right path of success. Since joining the label and being a part of Taste of Pluto – a group that connected over their mutual star sign – she landed her a spot on Spotify’s Riffs & Runs playlist alongside the likes of Jazmine Sullivan, Ragz Originale and Ella Mai, and tapped into a following of fans who vibe with her unorthodox island vibe and youthful aesthetic. Praising how her label has helped her grow and establish her artistry, she tells us, “Pretty Boy changed my approach to how I make music back home. Before, I would listen to an instrumental and not know how to work it into my style. Coming to the label, the habit of discussing things and asking each other how this sounds makes me feel and how am I going to bring that to my audience was new to me and helped me and made me appreciate what it means to be a part of a family”.

With the ongoing pandemic continuing, Navy’s latest single, “PATRA”, majestically carries over the quality of Island Pop mixed with the smoothness of R&B. She’s also got an EP to come, she reveals. “I wrote my EP during the lockdown, we recorded projects and made videos to go alongside those projects. This whole time in the pandemic allowed me to think more and be more openly free with my sound and myself as an artist. I had a lot of time to dig a little deeper to find a way to express myself”.

If there’s one thing that’s for sure, Navy is ready to go global and deliver her soulful rhythms and charming vibe to a genre of music and plethora of people who appreciate and understand what it means to be from the islands. “I’m so grateful to be in the position I’m in and have the support of my friends and family. What I do isn’t just about making music, we’re making history and giving people hope. That’s important to me”.

Watch the music video for Natest release, "PATRA", below: 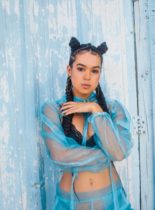 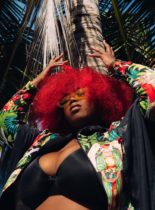 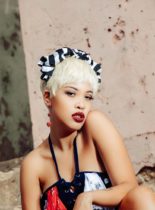