In Samm Henshaw’s world, where venting about bad TV plots on Twitter has become a cathartic hobby, he has begun to construct a miniature melodic universe of his own. Leading with thematic familiarity in “Still Broke” and his signature bassy tone in “Grow”, the artist’s upcoming debut album Untidy Soul is rooted in realism but embellished with poetic flair.

From Samm to Henny, Sammsonite and even Sonny in “Still Broke”, the South Londoner’s list of public nicknames seems to be endless, but in private, two stand out. Where his loved ones favour ‘Ini’ (Iniabasi), his sisters and cousins prefer to tease him with ‘Samantha’. “You’ve got to know me really well though to get away with calling me that,” he warns, laughing.

With his heavenly vocals and the gospel undertones woven into the lyrics and production of standout records, “Church”, “Thoughts and Prayers” and “Doubt”, it’s hard to imagine the singer-songwriter as a “genuinely awful child.” And yet, he managed to get up to all kinds of antics, including being banned from nursery, locking a teacher in a cupboard and, eventually, getting kicked out of school. 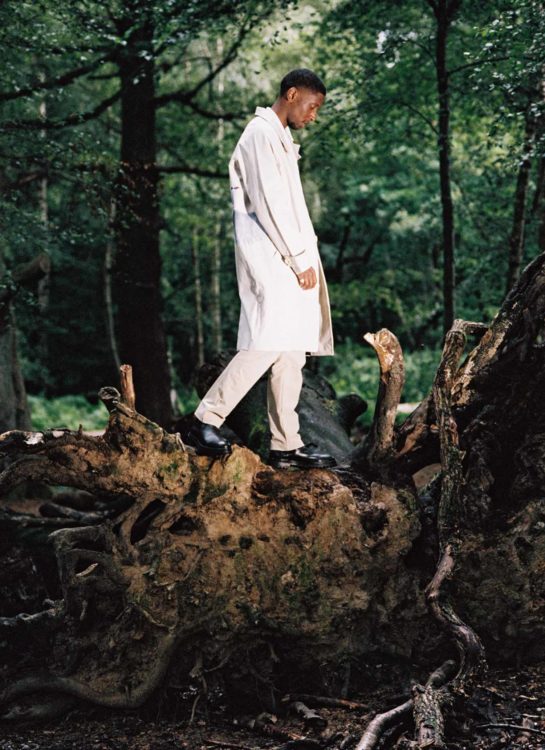 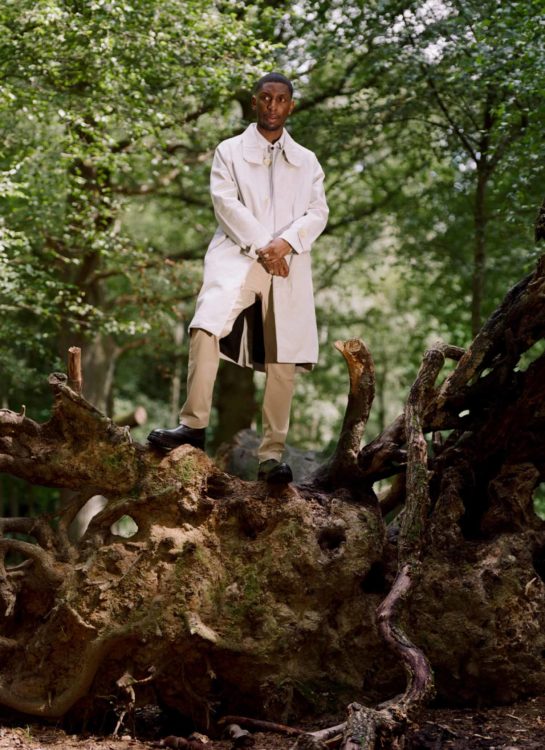 “My parents weren’t actually strict. Believe it or not they’re Nigerian, and my dad’s a pastor, but he’s really chill. My mum was a bit more disciplinarian and she instilled ambition, but is still really chill,” he tells me. Despite the unruly behaviour, Samm was absorbing his parents’ teachings. “We always do as we see more than what we hear. I was surrounded by people who were very conscious and intentional about being themselves, making sure that no  one tried to sway them away from that,” he says. Channelling that strong sense of self — and in the artist’s words, “integrity” — into the music, Untidy Soul is grounded in its aversion to fitting the mould.

With volatility at its core, the music industry always demands a level of compromise from artists. As such, the big moments are like honey, irresistibly sweet but seriously sticky. “The deeper I got into the industry, the more I saw and learned that it’s very easy to lose yourself in this world and get caught up in what other people do,” says Samm. “Sometimes, they’ll say you should do something you wouldn’t normally do because you’re gonna benefit from it and it’ll help your career,” he continues. “So many of us are busy chasing what someone else’s idea of success is. But if we were to really break down what success means to us, we would realise it’s not what we see everyone doing — getting tonnes of money, cars and big houses.” Stepping aside from his label, Samm now moves through the world as an independent artist, but along with it the responsibility falls on his shoulders. 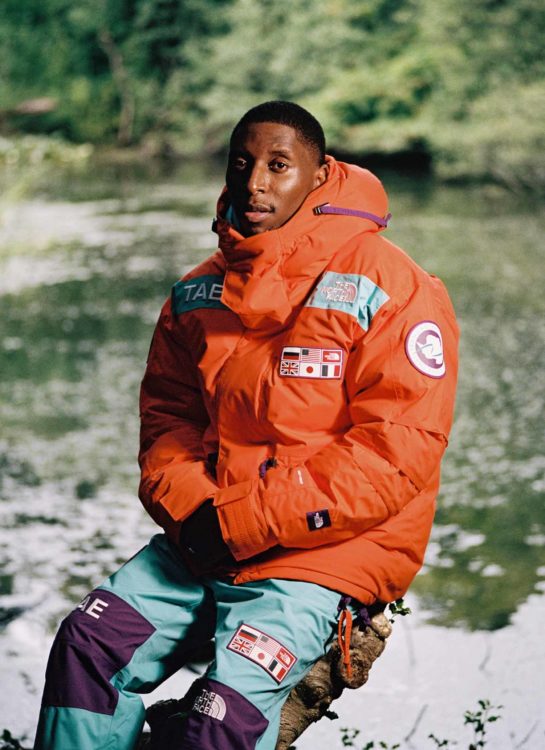 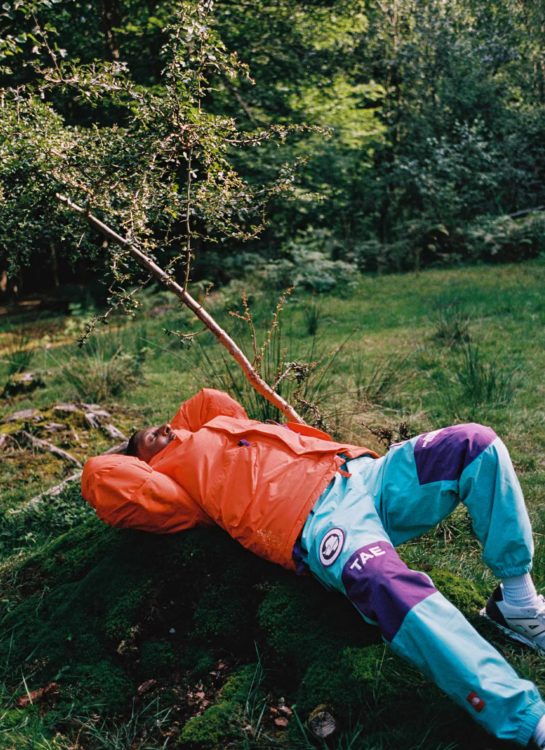 As essential as topping the charts is to the business side, following formulas can stifle creativity, or worse still, forge disingenuous personas. Samm felt the need to play this elusive character — “To some degree, I still do it because I like my privacy. But the fact that I couldn’t even be vulnerable in my music says a lot about my mentality at the time, and where I was at,” he says.

With this fresh take on opening up, the singer-songwriter hints at new growth in his debut album — years in the making. “I’ve been constantly trying to unlearn this idea of following people because most of the time I don’t want what they want,” he says. In a sense, Samm is tuning into an entirely different melody and repackaging the genre into a refreshing but untidy form.

Samm is marked by the rich tone in his voice that lends itself so well to the mix of soul, rhythm and blues that he has stirred into his sound. Anchoring records such as “Grow”, and paired with Keyon Harrold’s jazzy saxophone on “Still Broke”, that tone attaches a certain weightiness that’s both earthly and spiritual — and yet, absent of burden. 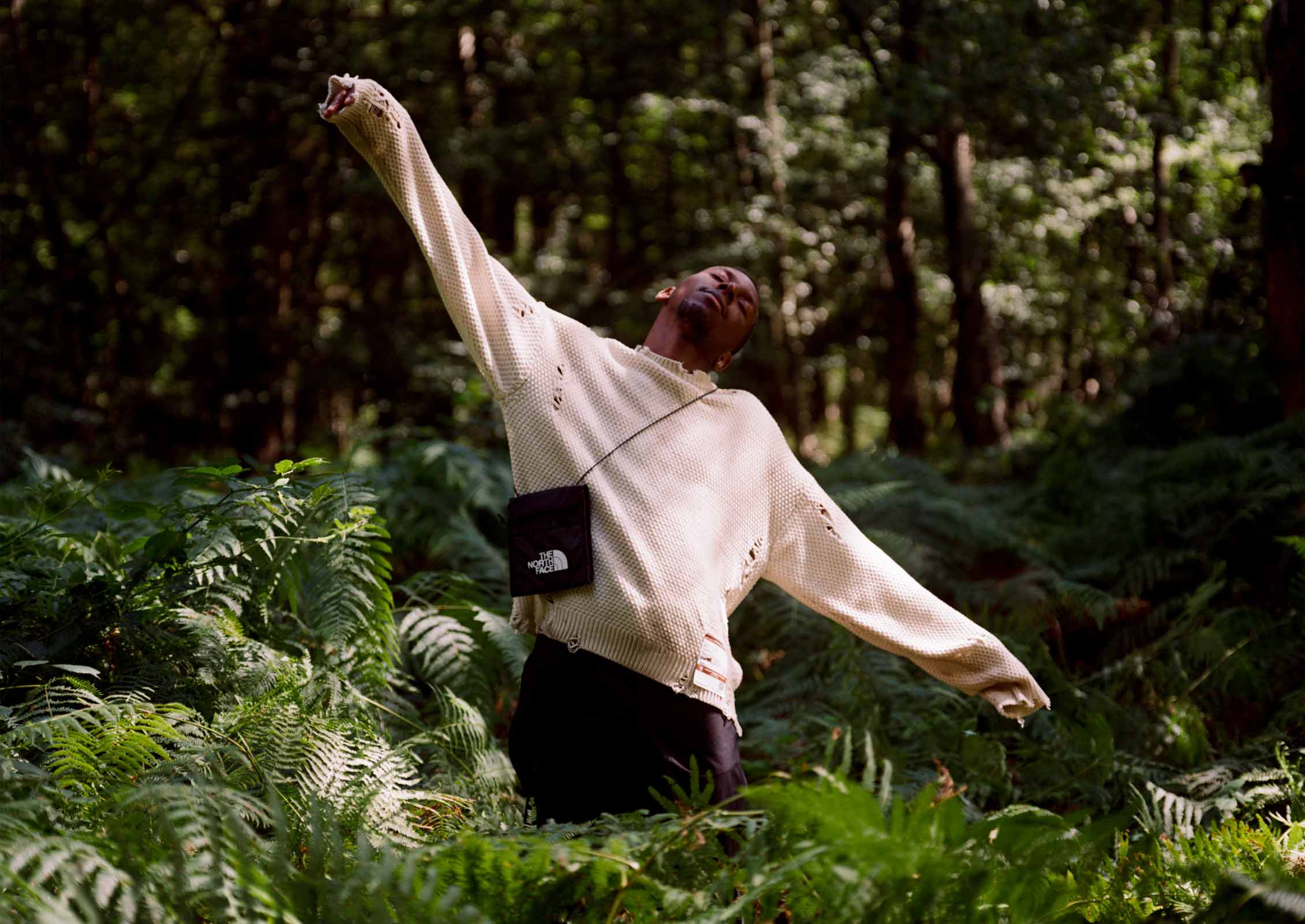 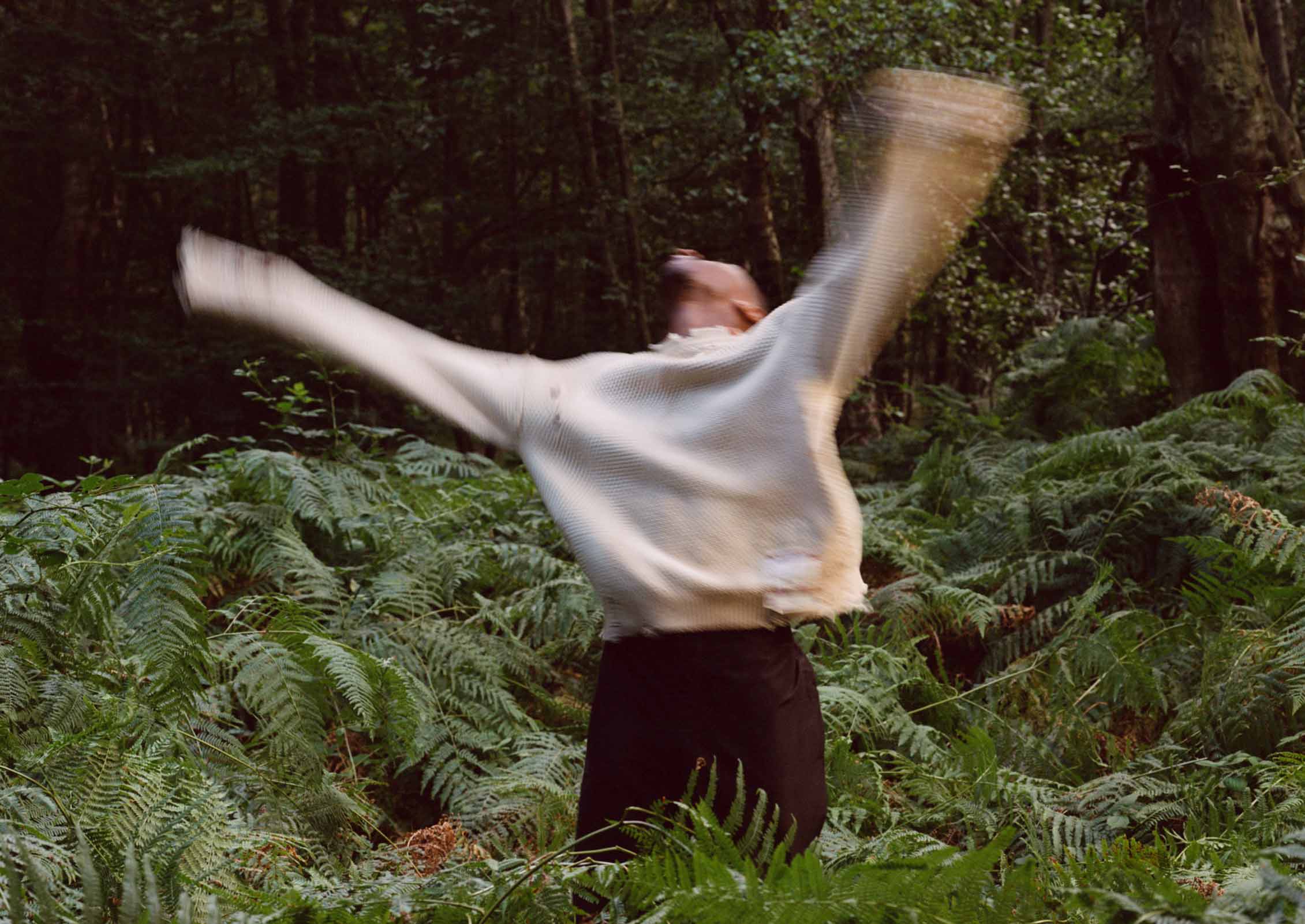 Untidy Soul could denote a subgenre or even the essence of a person’s being. As Samm puts it: “Everyone is a bit of a mess on the inside, we’ve all got things that we need to work on and areas that we need to grow in. There’s so much that goes on within us. As humans it’s our inner conflicts. [Kanye, Lauryn Hill and Kirk Franklin] have all gone through something. You hear it in the music, whether that’s My Beautiful Dark Twisted Fantasy or The Miseducation of Lauryn Hill. And even when I think about The Rebirth of Kirk Franklin, it’s a story about his life, which doesn’t start off in the best of ways — his mum drops him off as a baby to his grandma’s house and never comes back.”

Equally embracing this flight — and turbulence — Samm’s project mirrors the lows and highs of life itself. “It’s quite a warm project that has a bit of orange but also a bit of brown. There’s something kind of sad about this record. It’s not fully happy… Definitely not as happy compared to everything that people usually hear from me.” 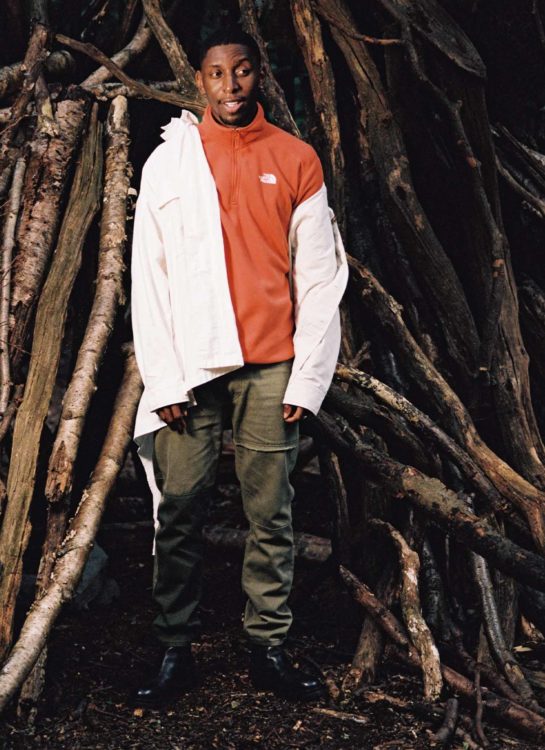 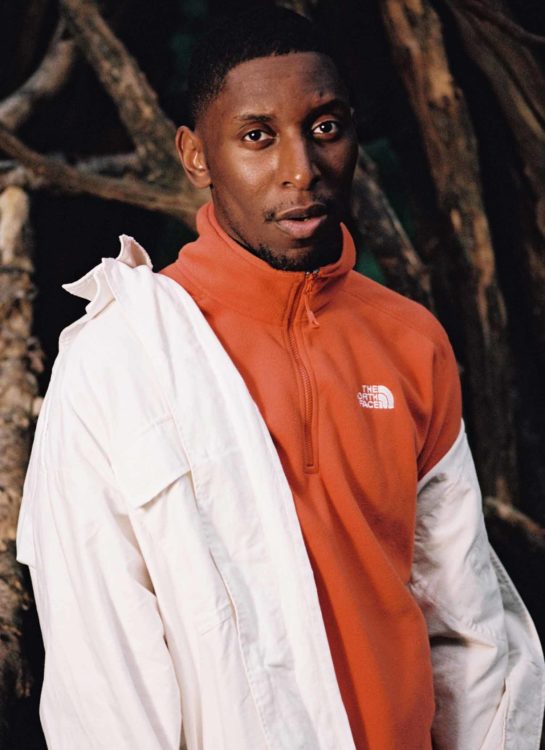 By contrast, the premise of his newest single, “Chicken Wings”, came to Samm while trying to wrap up the project in LA. “For some weird reason, I didn’t care what it was, I just wanted to write a song about chicken wings.” After three or four sessions, Samm’s friend Emma stepped up to the plate — “I think she’s as weird and as wacky as I am, and came up with the hook.” He insists, “There was no real reason for the song,” a void simply needed filling so he could move on.

With an album that unearths this unaccustomed level of vulnerability, the calling for a more lighthearted track ought to be no surprise. Whether it’s live-tweeting the TV shows causing him outrage, the videos for earlier records “Doubt” and “All Good”, or the mini universe he has devised for “Grow” and “Still Broke”, Samm’s playfulness has always existed in abundance.

Untidy Soul may well be a debut album, but the artistic vision underpinning it indulges in complexity. It comprises world-building where not only the intimate relationships are blooming and wilting, but the bonsai trees in the backdrop too. Neatly packaged and teeming with nuggets, there’s little to no guarantee that you’ll notice everything in the first listening session, but you will be moved. 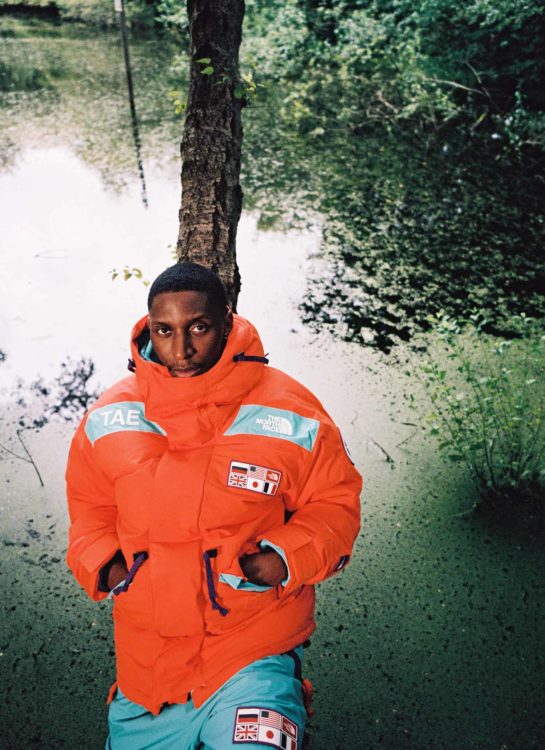 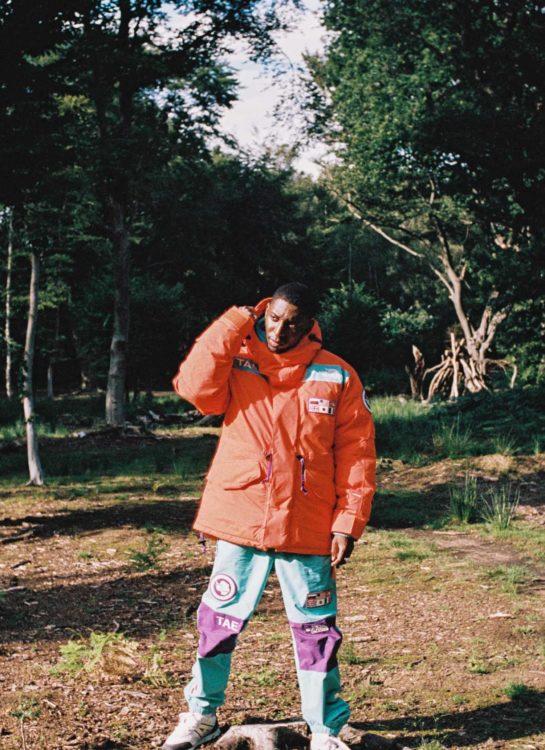 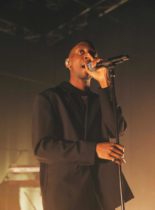