Neo-classical artist Tom Ashbrook returns with a recording from his latest album ‘Solitudes’.

Gracing the trailblazing Parr Street Studios in Liverpool for the final time before it shuts its doors for good, Tom Ashbrook has shared his returned to share a recording from his latest album ‘Solitudes’.

Since his debut in 2019, the neo-classical composer has risen to fame, frequently playlisted and reaching over 15 million Streams. His collaborations include the South-African songwriter Julia Church on their alt-electronic single “Souvenir” and Ruby Duff on “Not My Love”.

Ashbrook’s recording brings to the fore the poignancy of his latest release, with fragile layers of strings and guitar peeling away to reveal hidden vulnerability.

Ashbrook has said: “‘I’m so proud to present the live performance video, shot to 16mm film at the beautiful Parr St Studios. It felt such a privilege to record there with my best friends as the last ever session before it closed its doors. The live video is a microcosm of the album and concept ‘Solitudes’, I hope you enjoy.”

Watch the live recording of 'Solitudes' below: 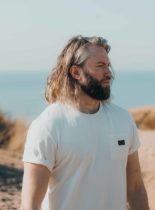