Bone Slim is one of the founding members of the DIY arts collective, NiNE8, which also boasts Lava La Rue, Biig Piig, Nayana IZ and Mac Wetha amongst its crew. Previously described as the “paragon of Gen Z musicality”, NiNE8’s members collaborate on tracks, producing, singing, or rapping for each other, or all bundling together and each adding their own musical flavour to joint singles. Each member has their own distinctive vibe, and for Bone Slim, that’s his ability to uniquely blend UK rap and hip-hop – oh, and the ivory domino mask he’s never seen without.

Bone Slim’s been a player in the underground scene since the mid-2010s, releasing collaborations on Soundcloud under previous iterations of his current pseudonym (such as Phantom Bonehead and OG Slim). Then in 2019 he dropped the project ‘BoneChilledMilk’ in collaboration with long time collaborator Dropped Milk, as well as another EP, ‘ifiwas2015’. Since then, Bone Slim’s been on a roll, consistently dropping singles and playing sold-out shows with NiNE8. His latest release, “Dancing on my Own” features a melodious beat and laid-back rapping, the perfect tune for chilling out to or spinning at a shubz.

Bone Slim’s next project, ‘Danse Macabre’ is set for release on 17th September via Stogey Records.

Notion caught up with Bone Slim to hear about his musical firsts – from the first instrument he owned to the SBTV video that inspired him to rap and more.

I was speaking to Lava [La Rue] about this the other day, if you could take us back 5/6 years ago – where we are now – that’s what we dreamed about.

Grey Horse in Kingston, and they didn’t even give us a free pint. 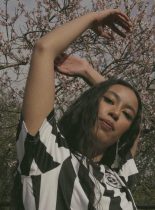 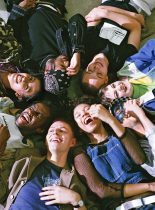