Freddie Long is the Brighton young thing with a voice that instantly strikes you in your core and a poetic groove that makes you move.

Taking the path of being a singer/songwriter has never been one paved with fresh roses. One that is often embarked on alone due to the intensity that comes with being so analytical of one’s heart and the world surrounding them.

However, with Freddie Long’s already signature vocal ability that has a gravelled undertone to it, makes you feel like you have known this voice your whole life. Inviting you in, Freddie’s talent can sometimes embrace you for a hug and sometimes it can make you feel exactly what he is feeling. A true marker of talent, Freddie Long is the epitome of the millennial generation that is being torn from the harsh realities of the modern world whilst finding empty solace in the dark side of social media, partying and searching for something more.

Coming out from the other side, what makes Freddie Long so interesting is his ability for his words to make you feel like they are being directly told to you, and that things are going to be ok. The message is that there is light even in the darkest of places waiting to help you if you reach out to it.

After breaking his leg from his former party boy days, Freddie found himself lost and closed off from the world. The result ended up being a period of time where Freddie evaluated what kind of life he wanted to live, and found peace in a certain type of solitude that led him to honing his craft as a songwriter. With some adamant pressure from friends, Freddie began uploading his tracks online which quickly garnered a fiery momentum behind the singer. With fans across the world, Freddie Long is becoming the artist he was always destined to become.

It’s refreshing to see a young artist embrace both the light and the dark, to emerge from it a better man and to openly discuss that in a world where authenticity is so often faked online. With his secret weapon being his idiosyncratic vocal ability that immediately sets him apart from the crowd, we can’t wait to see what Freddie does next.

One thing we know that is coming next for Freddie Long is this very collaboration with the iconoclast that is J.Crew. When talking about classics in any medium – whether it be movies, art or literature – it’s because it’s something that people for generations trust in. Freddie Long is on his way to becoming a classic in a sense that his voice is something familiar, yet entirely distinct to Freddie alone. The same can be said for J.Crew with their evolving pieces that remain classic at their very core, but change and grow with the times with their cutting-edge fabrics and slick cuts.

We got the new classic to team up with the iconic J.Crew – check out how Freddie trusts the new fall collection from J.Crew below with his exclusive interview, and catch him doing what he does best at the J.Crew Shoreditch Store on Friday, 27 September 6 – 8 pm, 58 Redchurch Street, E2 7DP. If that wasn’t enough to thrill you, there will also be a 20% discount for you to get your hands on the new season pieces. We will see you there. 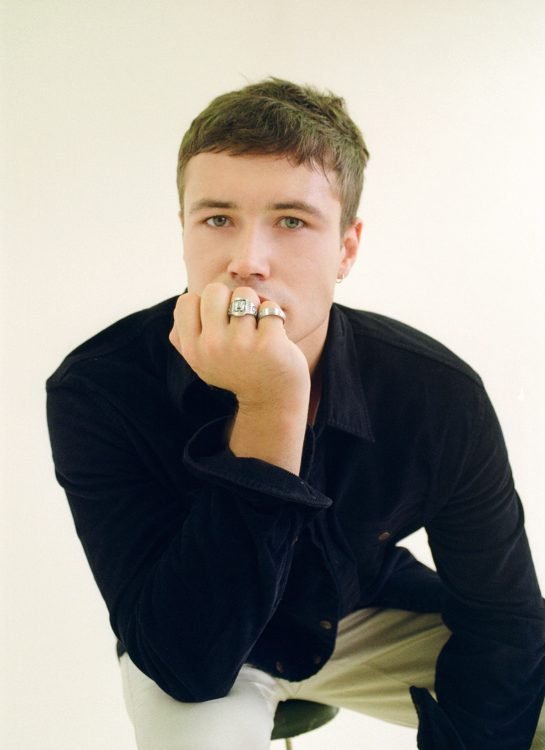 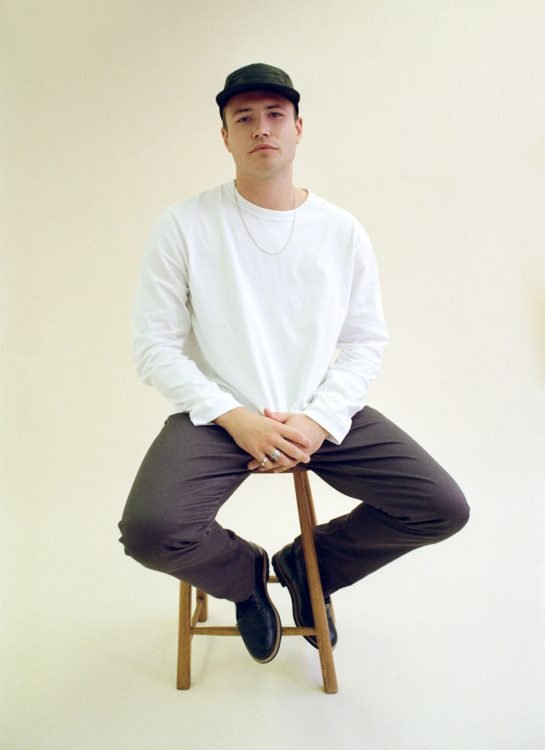 How did you begin your journey into music?

Believe it or not, I was in the choir at school and even played leading roles in musicals… jokes! This was when I was 10/11. As I started to grow into my teenage years I start to slow down on the music side and focus on other things teenagers are into… partying mostly. It was only when I was about 17 that I really got into learning the guitar, which then led into writing some tracks and the rest has followed. Lot’s of interesting open mic nights and weird songs have come and gone along the way but I’ve always been writing music since then and honestly can’t remember a train or bus ride without my headphones in.

I remember my dad getting Jamiroquai’s album ‘The Return Of The Space Cowboy’ when I was young, we would have it on repeat during car journeys. I remember thinking, man this dude got something about him. His sound was something I’d never heard before and was always such a vibe, no matter what mood I was in.

What is the energy you want to create when you are performing live?

I would say that every show is different. The energy you get from the audience, the feel of the band all creates the unique vibe of that show and that connection. I’m still fairly new into the live scene but the few shows I’ve done I’ve loved, especially recently when I’ve had my band with me. I’m buzzing to play more and see how far we can push the live set. 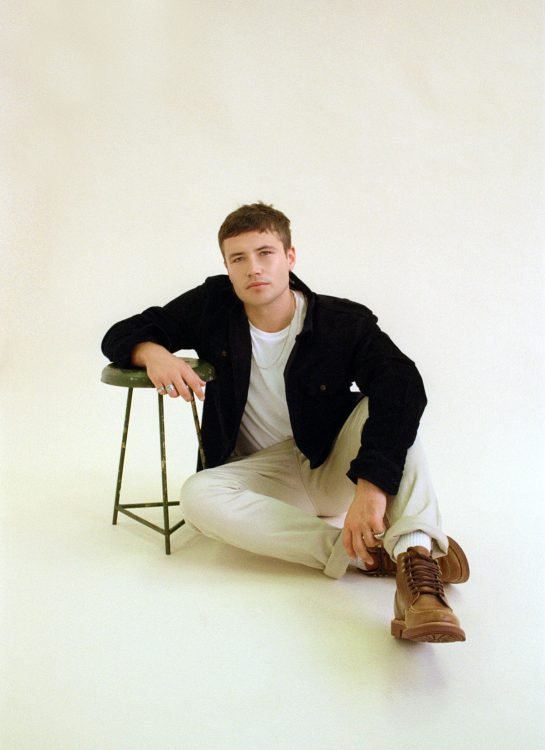 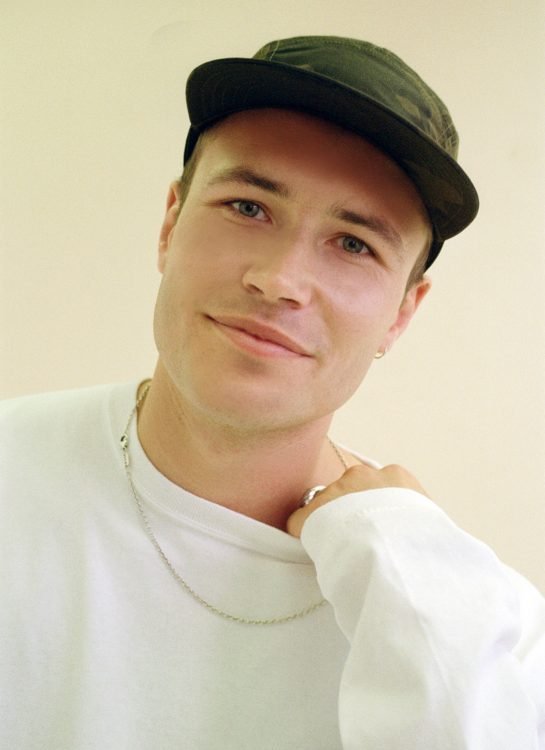 How important is it to you on how you present yourself to the world?

I guess this question is hard to answer without talking about social media? Maybe it’s always been the case but to me, these days it feels like we need to think a lot about how we present ourselves. People can be quick to judge and can misinterpret someone just by looking at their Instagram, which is kinda stupid. On the flip slide, it’s a great platform to share your creativity, build your story and connect with fans.

For me, I think it is important I present myself as an artist, even though it was really scary to do that for the first time. When I finally got the courage, it was an amazing feeling and now I’m out there and it is my music that matters the most to me and to my audience. The rules have changed completely and I have never felt more comfortable to be myself and hear what people think, like and hate. I just try to stay honest, keep sharing my music, videos and thoughts and hope that some people decide to join me on the journey.

Do you have a certain type of uniform you wear daily?

Whatever makes me feel good that day, no limitations!

If we were to sit down this time next year and have this conversation, what would you like to have achieved?

Surprisingly, I’ve got quite a good fan base around Europe in Germany, Italy, France and Spain. Would be cool to travel around and play shows abroad. Had my first taste of a festival this summer, opening the main stage at Sundown. Was a crazy experience and one I would love to experience again. So playing more festivals and shows as well as working towards a debut album. 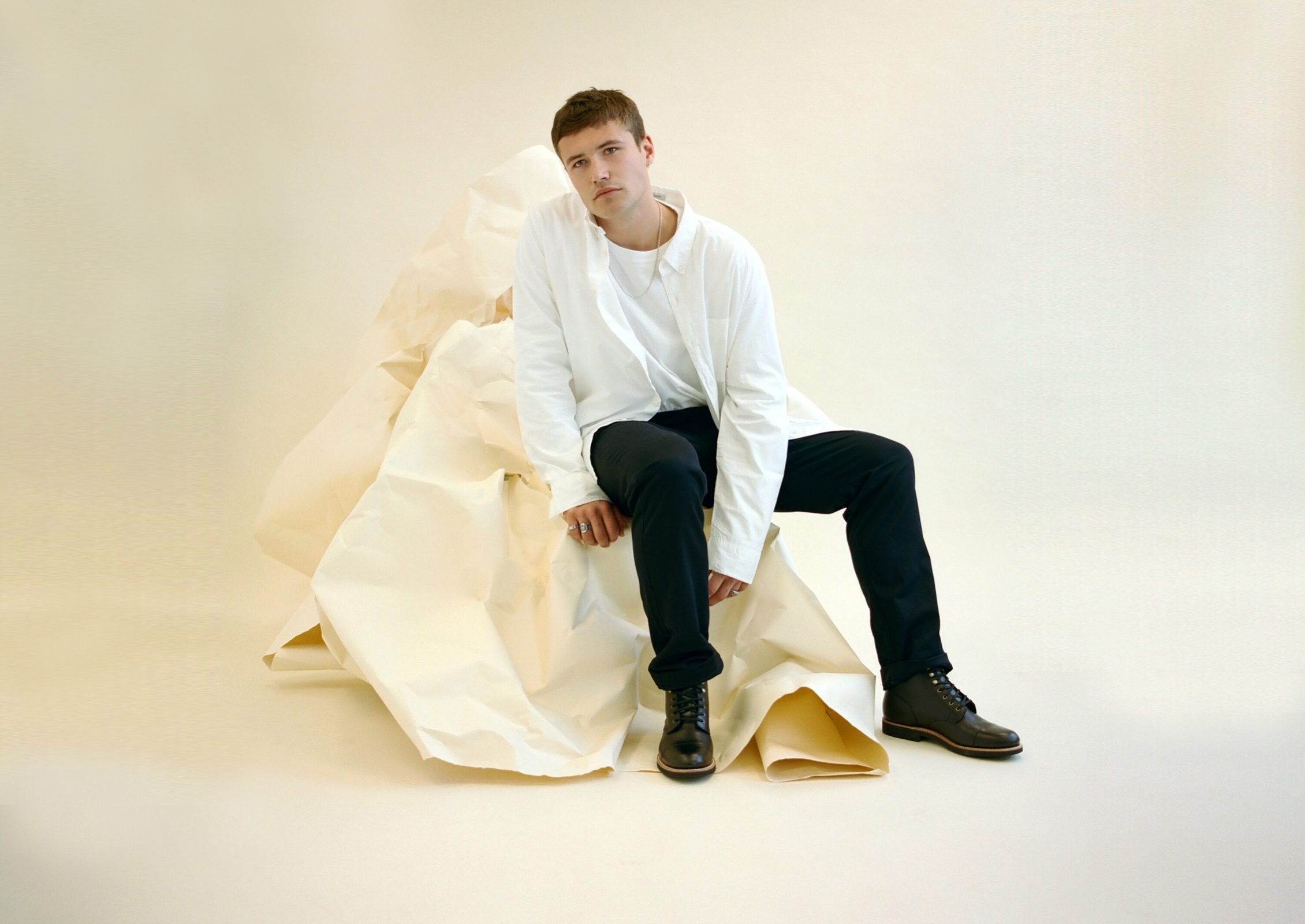 What’s one album that has defined your life?

‘AM’ by Arctic Monkeys.

If you could describe your style in three words what would you say?

If you could describe yourself as an artist what would you say?

Sounds something like if Imagine Dragons had a baby with Tom Walker, which soaked up a bloodline that stretched back through their Granddad being James Brown and Cousin being Sam Fender. 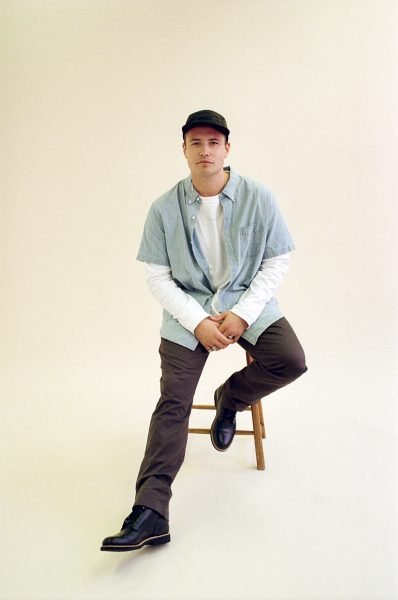 What’s next for you in your career?

Lots more music and shows. I’m excited about the unreleased tracks we’ve got and also where the live set is going. Can’t wait!

What’s some of the best advice you have been given as an artist?

Keep your head down, work hard, keep creating and make every effort to meet and connect with likeminded people.

If you could only wear one outfit for the rest of your life what would it be?

What’s one thing you would tell your younger self?

There’s more to life than partying. Enjoy yourself, but don’t lose focus and never stop learning.

Watch 'Caused By Grace' by Freddie Long below! 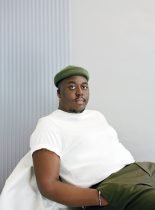 Step into Jordan Mackampa’s universe as he continues to grow into an artist that is becoming the voice of a generation. 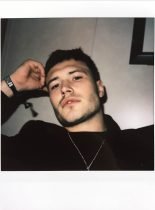 The up-and-coming music talent gives offers up his photo diary at The BRITs 2019.